For the last 2 weeks, Nugget has pretty much confined herself to the bird pen. I've either been putting her in on a roost and taking her out in the am or she's been sleeping in the bottom portion with the ducks and goes in on her own there - mostly the bottom with the ducks so she doesn't hurt herself more trying to get down from the roost on her own)
She's 3 years old. Had been laying fine, now she's taking a break.

She still eats, though I'm not sure how much. I put her in front of the food when I take her out in the AM and she eats. Then she finds a spot to camp for the day - she may move spots during the day to keep out of the sun.

I finally got a video of her walking... lured by a bowl of peas.
https://photos.google.com/share/AF1...?key=OWJ1ci01YWxfMlhrRFlmb1pwTEhlSmt2WjFPbE93

When it first started, she had these 2 scabs and I thought maybe she'd been bitten by a snake, but her leg limp is way more pronounced now.
She could have in theory been rolled by the dog since he's trying to play with the chickens again (working on it, he's been good for over a year).

I don't feel anything, but really, I have no idea what I'm looking for.
Any ideas?
(She's wet because I soaked her since when she's in with the ducks, she always finds a puddle of poop to sleep in....)
I see no signs of bumble foot either 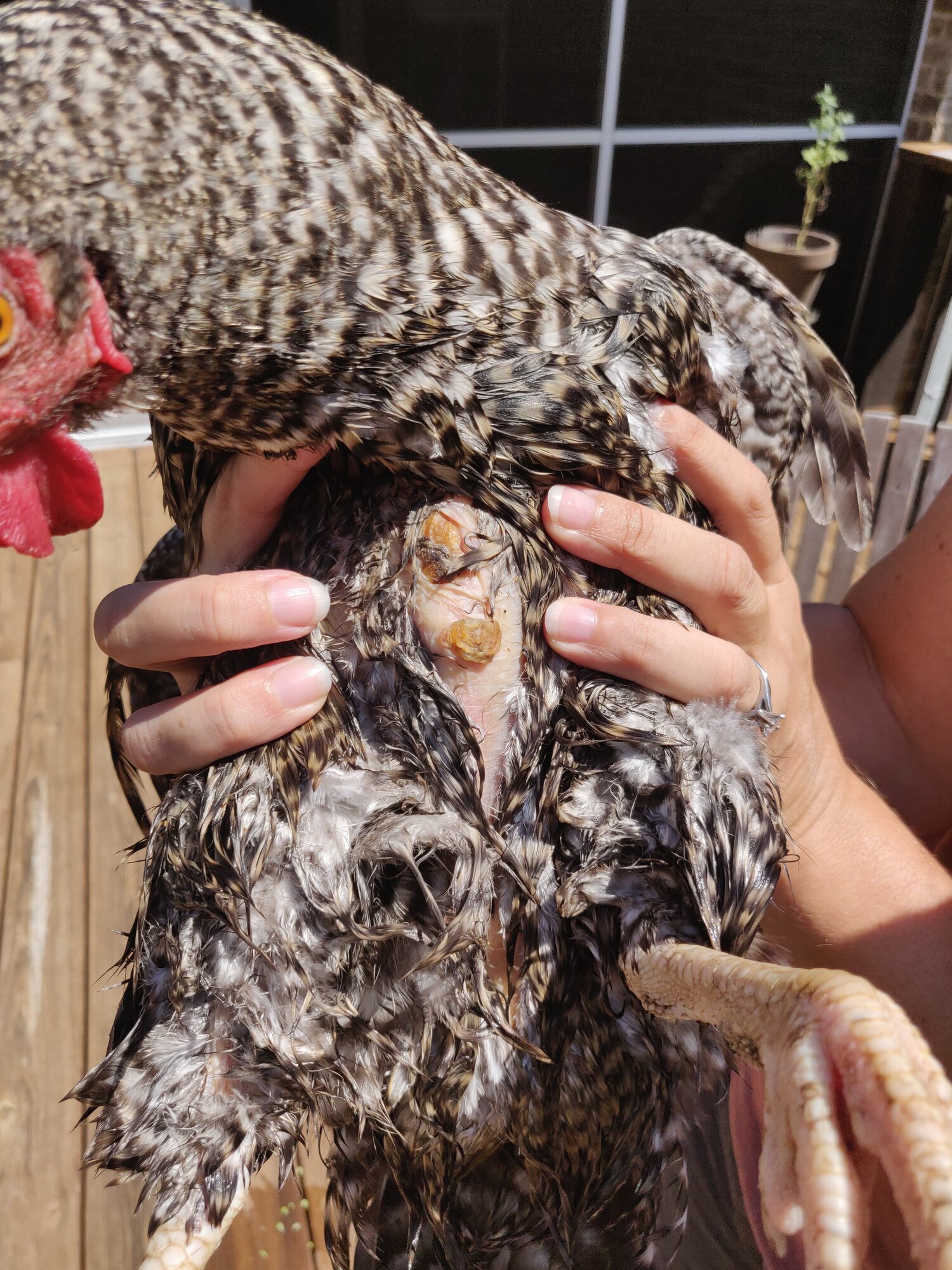 I really don't know why she's limping, almost looks more like a balance issue than a limp, since she's doing it on both sides. Marek's comes to mind but that may not be it. The lumps look like breast blisters, that happens when they rest their keel on a surface and it gets rubbed. Since she's having trouble with her legs and trouble roosting that is likely the cause. Here is a link with some info on breast blisters, it needs to be cleaned and disinfected so that it can heal, another link in the last post in this thread:
https://www.backyardchickens.com/th...ister-graphic-pictures.1096276/#post-16850510