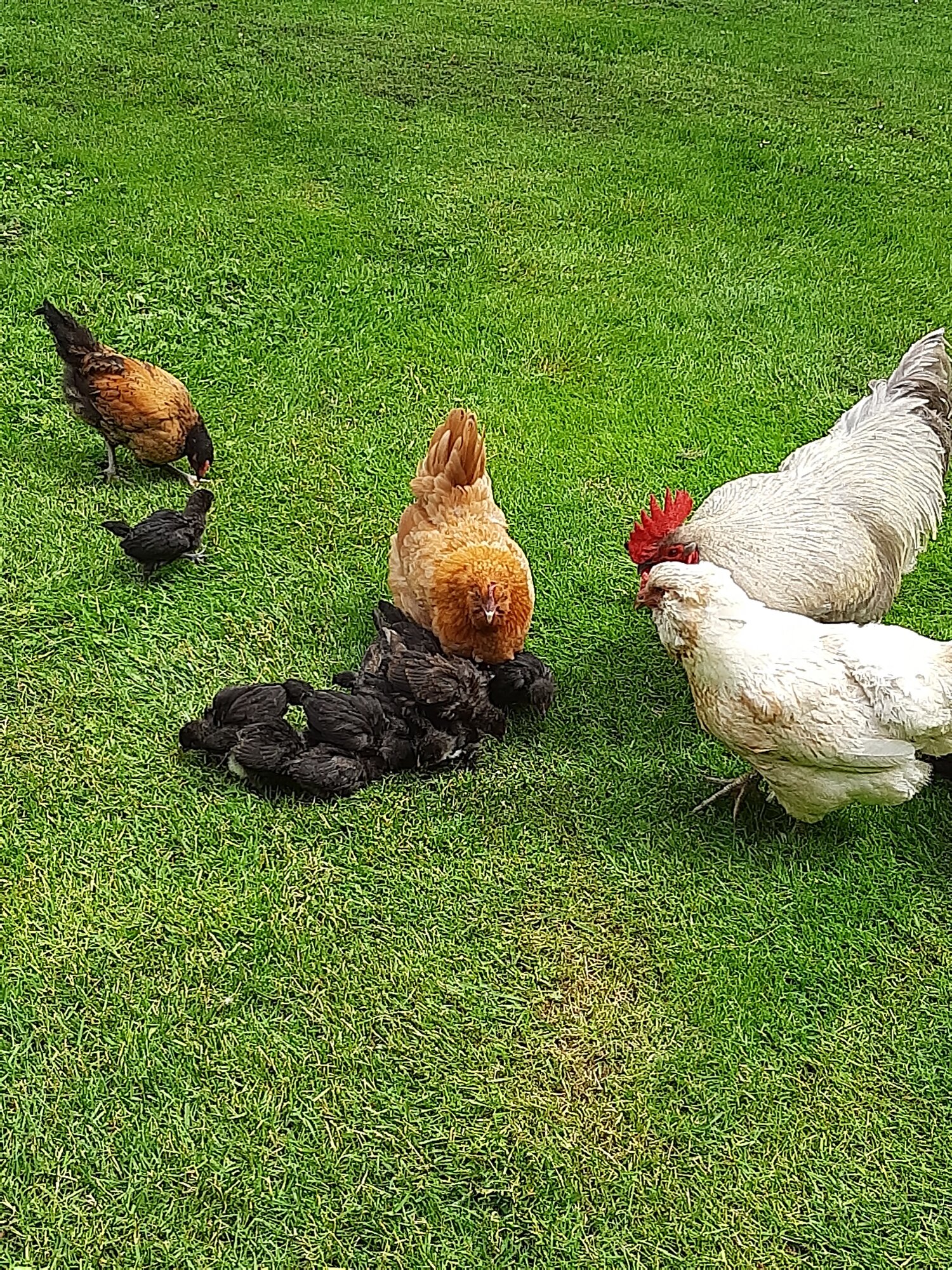 Lavender is black based, you'd need to breed him to either another lavender or a split to lavender to get lavender colored chicks. Black is dominate so your chicks came out black. They may get buff leakage when they get their adult feathers in.

The Lavender gene dilutes Black. A bird requires two copies of the Lavender gene in order for it to express and dilute the black feathering to Lavender. The Lavender male only passed one Lavender gene to his offspring. As mom did not have a Lavender gene and Black is dominant, the chicks came out black. It's possible as they continue to grow and feather in there will be some red/brassy leakage in the hackles and shoulders/wing bows of the males, and hackles of the females. As they all carry one copy of the Lavender gene, if you breed the daughters back to their father you will get half Lavender and half Black split to Lavender chicks.