Possible EYP not sure if I should treat for infection or just make comfortable...

I am looking for a bit of help. I am a fairly new chicken lady. I have 5 hens all two years old, purchased from my pet chicken.

I have a two year old barred rock hen who is laying around and acting lethargic. She can walk, but doesn't seem to want to and when she first stands seems wobbly and puts her wings out. She is pooping a green and yellow diarrhea. I have separated her with food and water, but she isn't really interested. She's also not bothered that she's away from the rest of the flock as she normally would be.

For a while now, almost a year, she has been eating her feathers. Her bum feathers and some on her chest. She also eats the bum feathers of the two girls under her in the pecking order. (Also, she did not molt a few months back when all four other hens did-everyone got their feathers back and then she started pecking the bums of the other lower order hens again).

I provide oyster shells at all times and they have constant access to food. And I've seen all the girls eat oyster shell with my own eyes at one time or another.

I had read that feather eating can be habitual, but now I am wondering if something is wrong with her that she's not absorbing calcium properly?

I also have noticed a few soft eggs in the past few weeks, but more recently I've had two times where there was just a yolk spot in the nesting box. I am not positive it is her, but I believe so. Yesterday she was just laying in the nesting box, next to my broody girl, so I thought maybe she was feeling broody. But now she's just plain old lethargic.

I have looked in the coop to see if there was anything off, and I've noticed yolk among the poops and what appears to be solid pieces of soft shell. Like wads of skin?

Her comb and eyes are bright and look good. Her abdomen and vent area are soft, and a wee bit hot. She doesn't have mites or lice. Other than the lethargy, not eating or drinking, and egg issues she appears fine.

I don't really know what to do, but I am thinking she may be having issues with internal laying. I don't know if I should try to get antibiotics, vitamins and/or electrolytes and try to treat or just make her comfortable if this is incurable?

All other hens are acting normal, except my buff orpington who has been acting broody the past week, but I've dealt with this with her last year. So it's normal for her.

Any thoughts or plans of action would be very helpful. Thanks.
Last edited: Apr 26, 2019 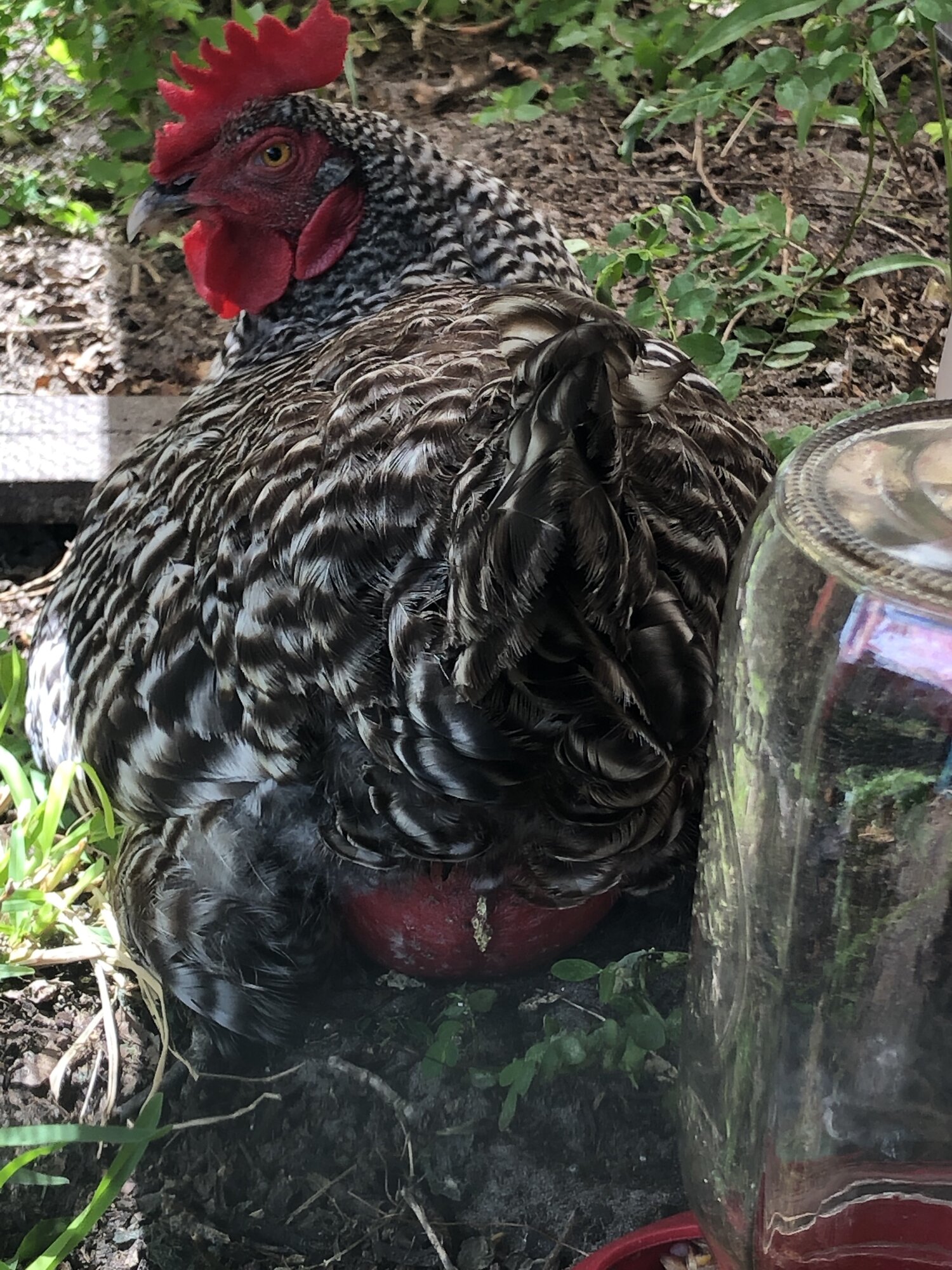 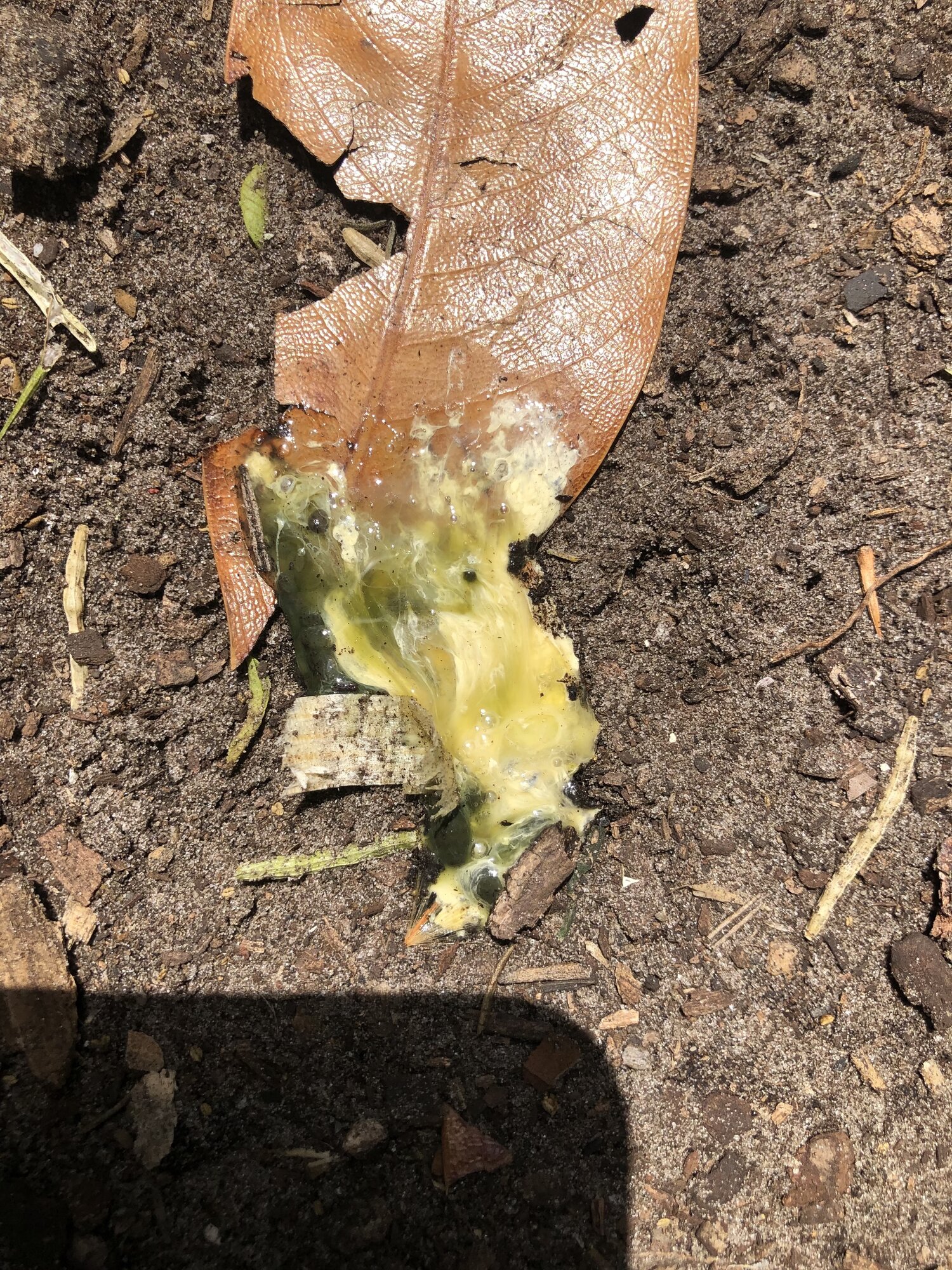 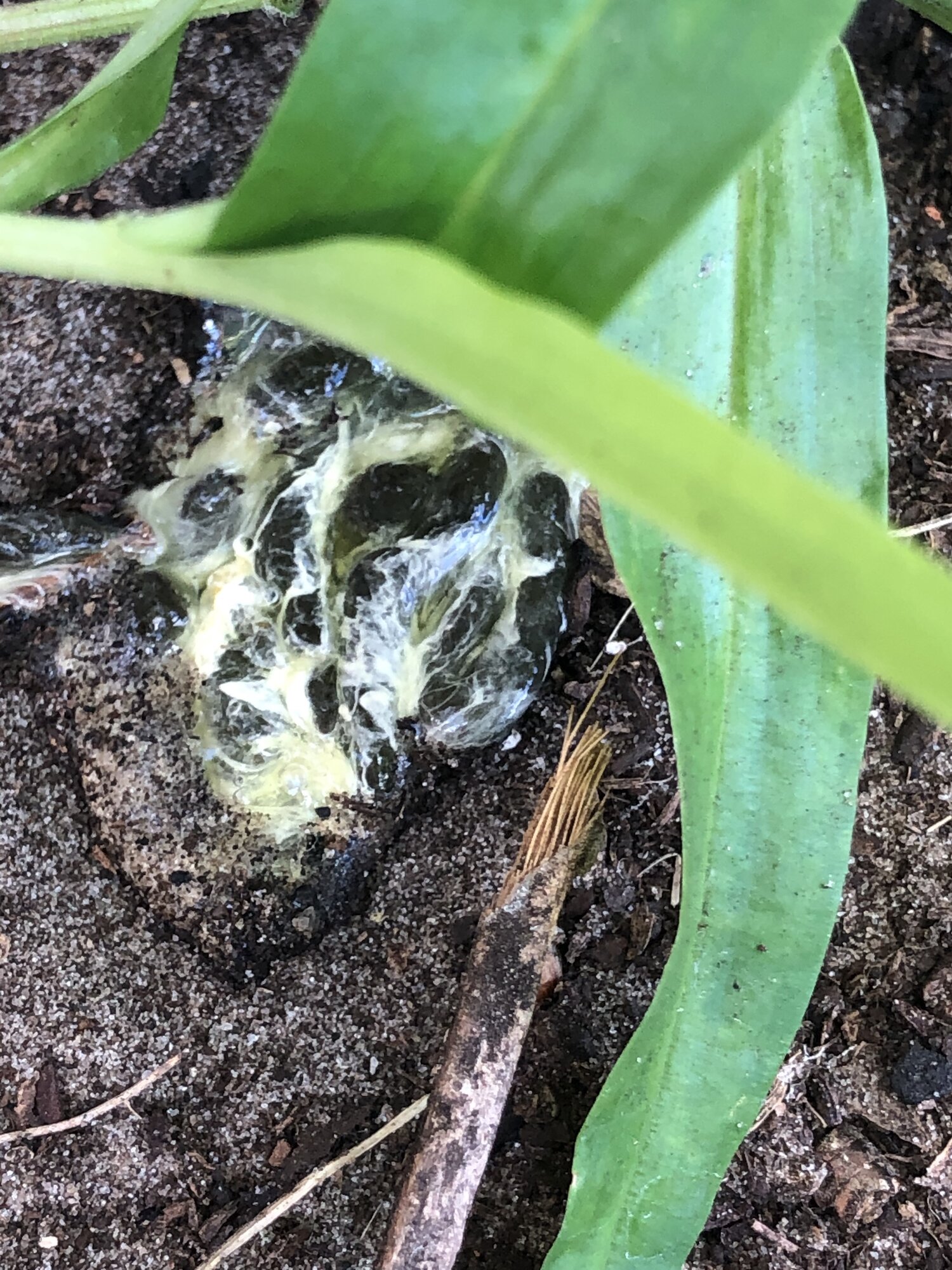 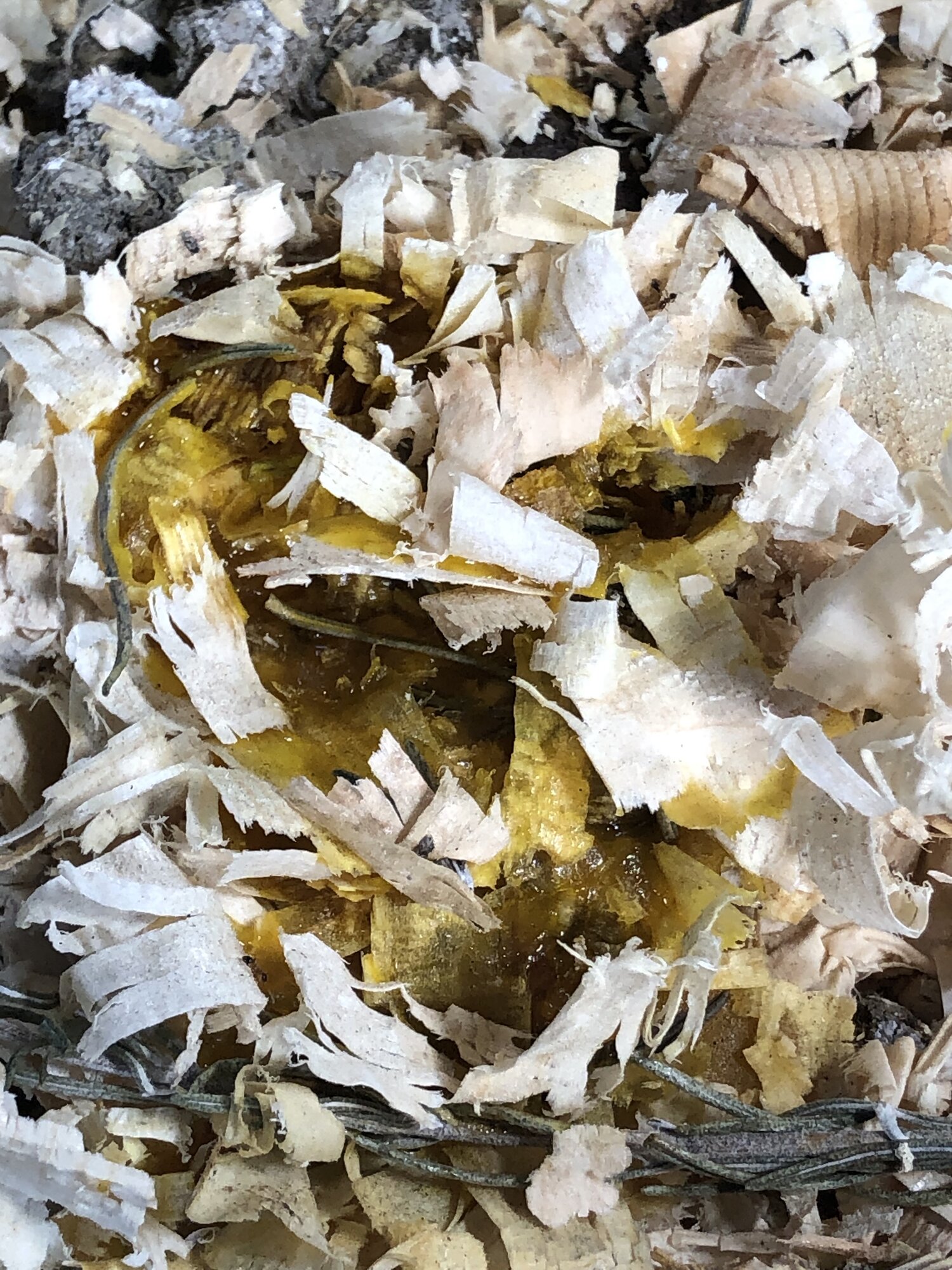 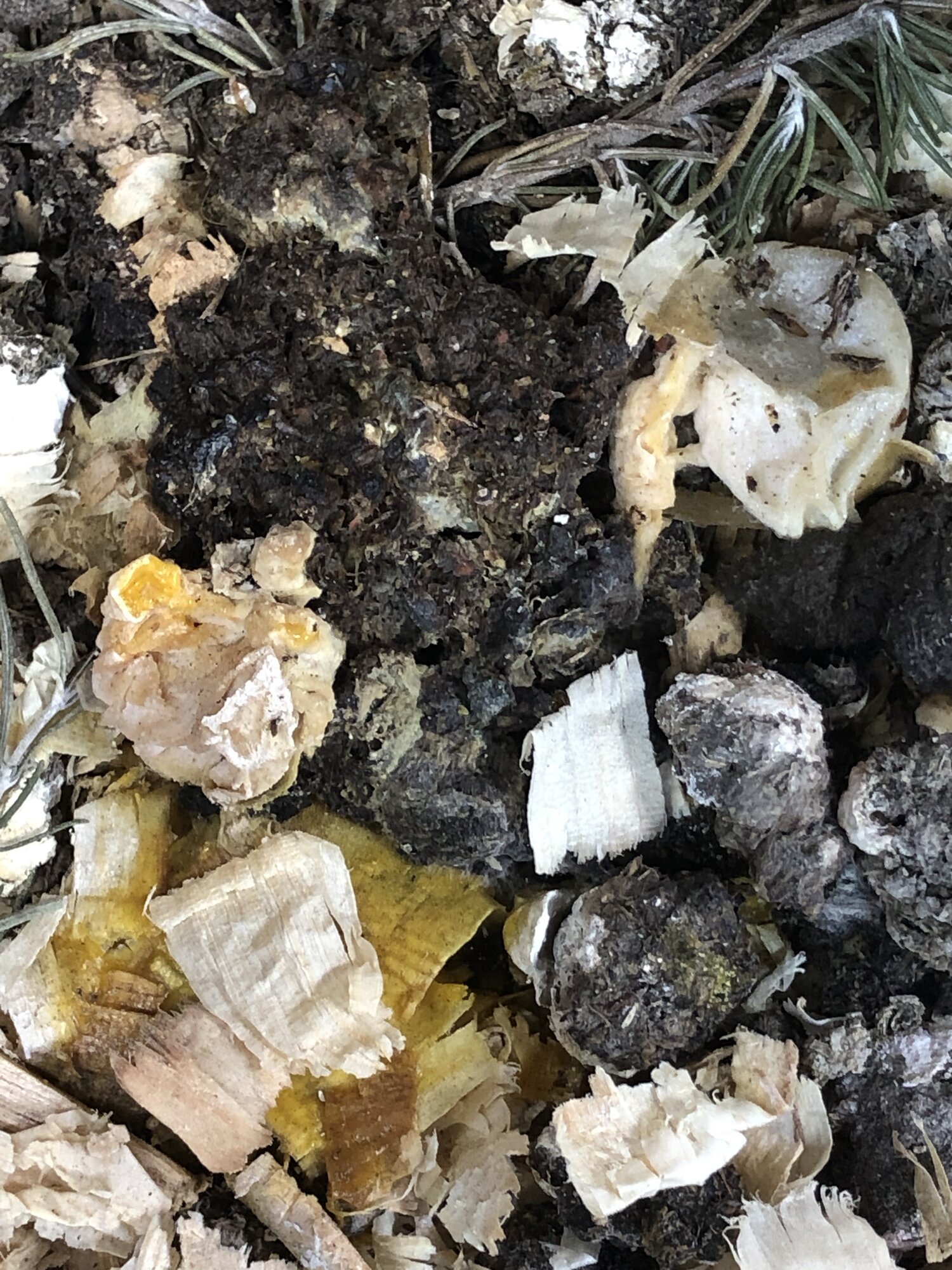 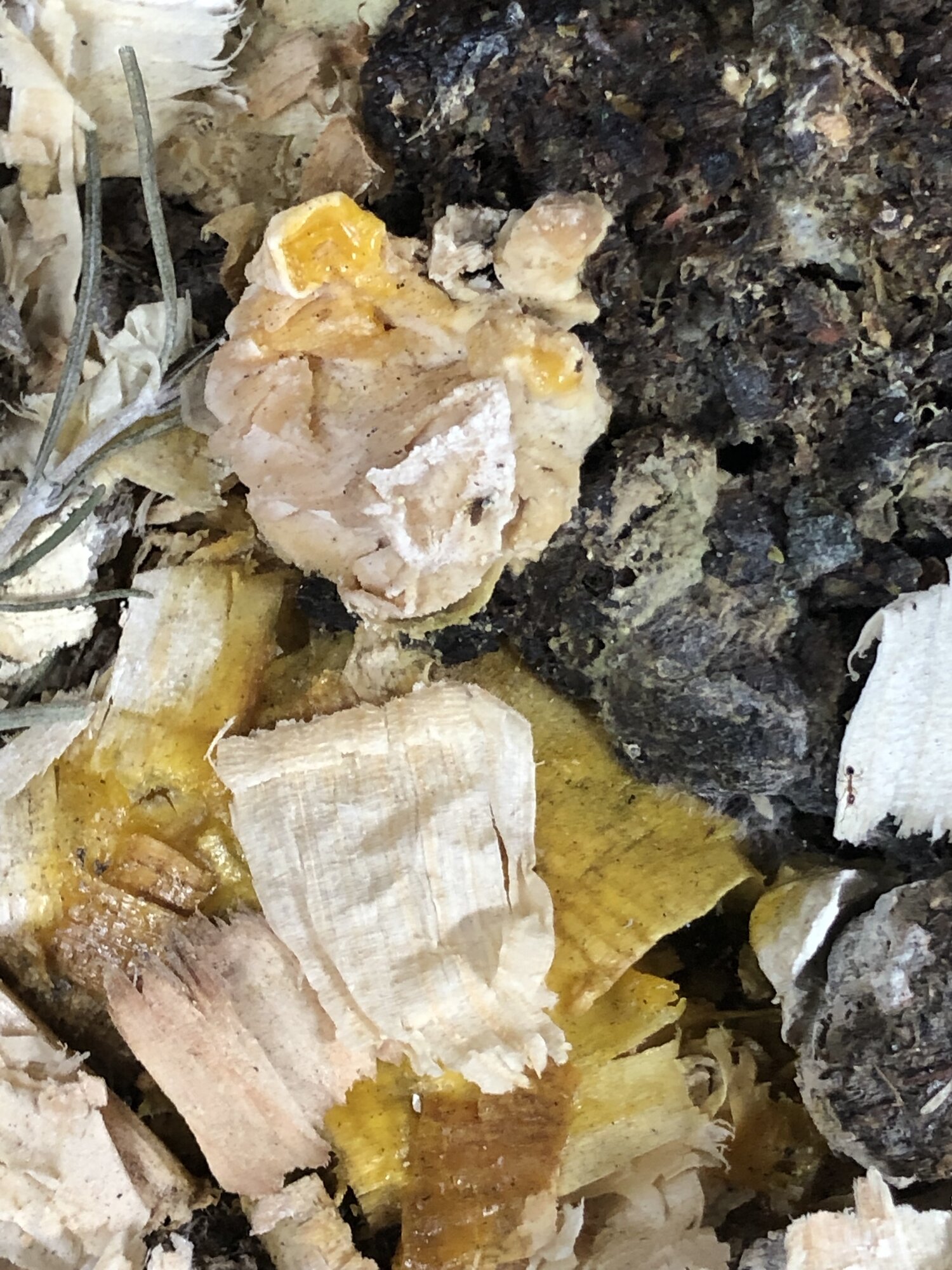 The top image is my girl Rose. You can see her bare but, it is soft and hard. She's had diarrhea.

The second image is her poop after I got her from where she was laying and was preparing a place to quarantine her.

The third image is her poop after I had quarantined her and felt her stomach, soft and hot.

The fourth image is an example of with I've been finding in the nesting box on a few other occasions over the past few weeks.

The fifth image is from where Rose roosts in the coop and there are hard, egg-like bits with her poop and yolk like stuff too.

The sixth image is a close up of the previous image.

Another thing I've been told in a Facebook group it might be is Salpingitis, but I'm not sure.

I've started all the hens on electrolytes and probiotics and bought some antibiotics, but haven't used them, as I'm not sure if it would be helpful or not.

heathersheppard said:
Another thing I've been told in a Facebook group it might be is Salpingitis, but I'm not sure.

I've started all the hens on electrolytes and probiotics and bought some antibiotics, but haven't used them, as I'm not sure if it would be helpful or not.
Click to expand...

IT looks like I am seeing a lash egg in one picture.
She probably has a serious infection and this late in the game I am afraid not much can be done.

I am so sorry.

Here is some reading material on what I think it probably is.
Salpingitis in Poultry - Poultry - Merck Veterinary Manualhttps://www.merckvetmanual.com › Poultry › Disorders of the Reproductive System


If she passes you can send her to your state la for a necropsy to get a for sure answer.
This is your lab and I believe they charge $50.00.
https://www.freshfromflorida.com/Bu...on-Animal-Disease-Diagnostic-Laboratory-BADDL

Texas Kiki said:
IT looks like I am seeing a lash egg in one picture.
She probably has a serious infection and this late in the game I am afraid not much can be done.

Thank you so much. It seems like that might be it. I’m so sad. What’s your opinion on antibiotics?

It depends.
I am gathering that she has been ill for quite some time right?
I think if caught early enough, which sometimes it is just impossible to know, that antibiotics can help but usually only temporary.
Some times reproductive problems just return and aren't fixable.

Those were my thoughts. She’s definitely been having the laying issues for over a week. But just started acting lethargic yesterday. Her eyes and comb are still bright too. Her feather picking issue has been ongoing and she didn’t have a first molt with the other girls.

I’m weary to use antibiotics. I hate how much antibiotic resistance there is and I don’t want to prolong her life if she’s suffering and hides it until it’s bad.

I appreciate your thoughts, info and support.

My heart hurts from not knowing and thinking I may have not done something soon enough or won’t do the right thing now.

We don’t have Chicken vets where I live. So I’d have to call an exotic bird specialist and they are very expensive here. And that makes me feel guilty as well.

If you want to try antibiotics you can order Baytril online.
It is not 'approved' for use BUT many/most vets do prescribe it for this exact illness.

I can find a link to it for you if you want to try it but it's expensive and it's not a for sure deal to fix her.

H
Salpingitis/EYP -- should I treat with antibiotics?