I will save some time and paste in a post on Facebook from my sister in law. My brother was in a car accident on Friday.

For those of my friends that are wondering what happened, Harri was on his way to AZ and fell asleep at the wheel and rolled his vehicle. He survived, barely, but should pull through this. He has a LONG road to recover. He broke his shoulder blade, his clavicle, and fractured about 3 ribs. He also has an air bubble between the lung and lung lining (nemo thorax).

They said they will manage his pain level because he is so use to the pain meds he takes for his chronic back pain they are concerned about giving him too much. Also they need to get the nemo thorax taken care of. This is done by expanding the lungs (deep breathing). But of course he is in a lot of pain when he breathes deep.

The doctor said that it's going to take time, he needs to have phsical therapy to keep him moving - don't use it you lose it theory. And once his pain has leveled off they will send him to a rehabilitation/nursing facility. Not sure how soon that will happen - but probably after the nemo thorax has cleared up.

Also, during the accident, he had Rufus (our dog aka the good son) with him. He was thrown from the vehicle. Thank goodness for Herbi, Missie and Heather. Herbi and Missie went to the accident scene to look for him and Heather sent out calls to all her friends with the shelters just in case he was picked up by someone. Well once my son, Andrew, and I arrived at the scene Herbi, Andrew and I went in search for my baby. A few hours later I was so tired I wanted to give up. But Andrew was too determine to stop. I told him this was useless. There was no way that he survived if Harri was so bad off. Andrew walked away from my refusing to give up and a few minutes later, I hear him say "Rufus is that you boy? Come here baby." I was like no way, he found him. He must be hurt. I ran over there and saw Rufus standing there looking at Andrew like What do you want. Not a scratch on him. His little paws are sore from cactus stickers and walking on all the rocks in the desert though. I was just so happy!!! When we went back to the hospital to tell Harri, he was so happy he cried.

Anyway, that is what is going on. Harri is hanging in there and Rufus is home in his warm bed. This is just another chapter in the lives of Harri and Beth.

Please keep Harri in your prayers. He needs them. And thank you to everyone! I couldn't have gotten this far with this without your support.

It was a real answer to prayer finding little Rufus, he is a Border Terrier. Not a young pup, he has health issues himself.

My brother and his wife were out looking for Rufus for hours! The Highway Patrol gave them the wrong place to look. Then they ran into to Tow Truck driver and he was able to give them the exact spot to go.

The younger nieces and nephews were praying for Rufus to be found when praying over their food for dinner that day, and within 10 minutes of that prayer, Rufus was found! That will give the kids a good memory of the power of prayer.

Here is Rufus the from our visit this last December. He just had his Holiday Haircut! 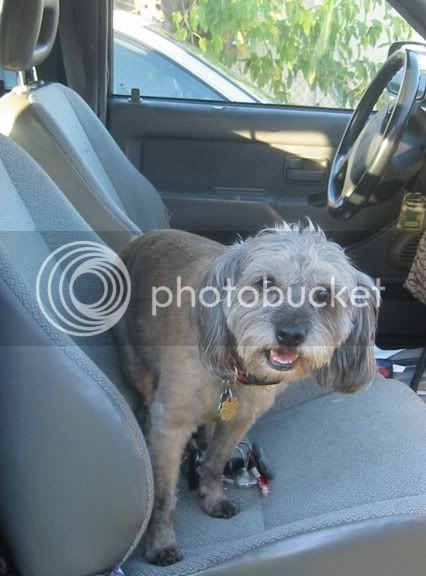 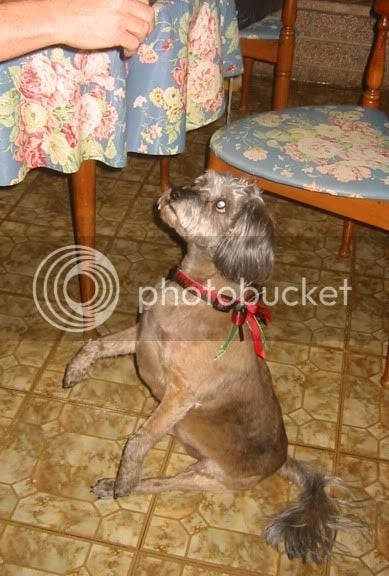 Amen to the li'l Dog being found and Praise God that he wasnt more seriously hurt!!!!

Prayers said. And being sent.

sending prayers for your brother and your family so glad that the dog was found.

I need some advice!