Okay I have a question now... I have two hens that have silkie feathering and all but no feathed legs the lavender hen was my first and she come from two pure breed non silkie non feather legged parents and she had a parteridge daughter and she had silkie feathers too when crossed to a non silkie roo HOW did this happen ?

Heres a picture of the other silkie hens daughter... isn't this the color called parteridge ? as you can see shes really fluffy.. no top knot or anything 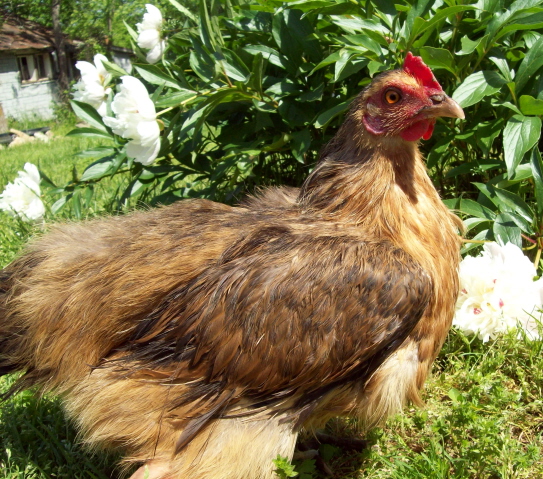 Silkie feathering is a recessive gene. I suppose 2 genes would beget a silkie feathered bird. (?)