I have a rescued broiler - Lucky Strikes - and recently she stopped walking. She used to waddle around, but now (Almost a year to her hatching) she began sitting all the time and usually sits on one foot. That foot had a blister that I popped the other day and it was full of puss and blood! I sterilized it, but the toe is grotesque and swollen *But not infected - looking*

Also she cannot grow feathers on her tummy anymore. I put diaper rash cream on her vent and tummy earlier because it was red and had some droppings stuck to it (She cannot squat when she poos and it gets all over her backside)

Tonight I went to lock everone up, and she didn't go into her specially designed coop! It does have a one step/ two inches off the cround lege that she usually crosses with ease. I had to shove her in tonight and I am really scared for my poor baby.

She did gain some weight, but I have been restricting her diet... I want her to last at least until November so she could celebrate her first birthday.

I'm sorry that Lucky Strikes is not well.

Can you post some photos of her?
Has she every laid eggs for you?
What are you feeding her including any treats?

I would feel her abdomen for bloat/swelling or fluid. See that her crop is empty in the morning.
The foot could be causing her some pain as well, so let's see what that looks like.

Sadly, broilers aren't a long lived breed, even with a restricted diet, their bodies can start to shut down or they develop health and leg issues.

Watching. I hope your chicken pulls through, but not so sure about a breed that is intended for early harvest. Best of luck to you!

Lucky used to lay, but stopped two weeks ago. I feed her cracked corn and laying pellets ( like the res of my chickies). Occasionally they get stale food like cereal, grown produce that started to turn or Jasmine raided shen she snuck in the garden, and meelee worms from the company "flock Party"

recently when she sits, she sticks her good leg out.

i did not get to check her crop when she was let out this morning because I got these posts while I was asleep and I take care of my chickies first thing in the morning. Her tummy did not feel out of the ordinary. Thanks for the support.

Here are some pics: 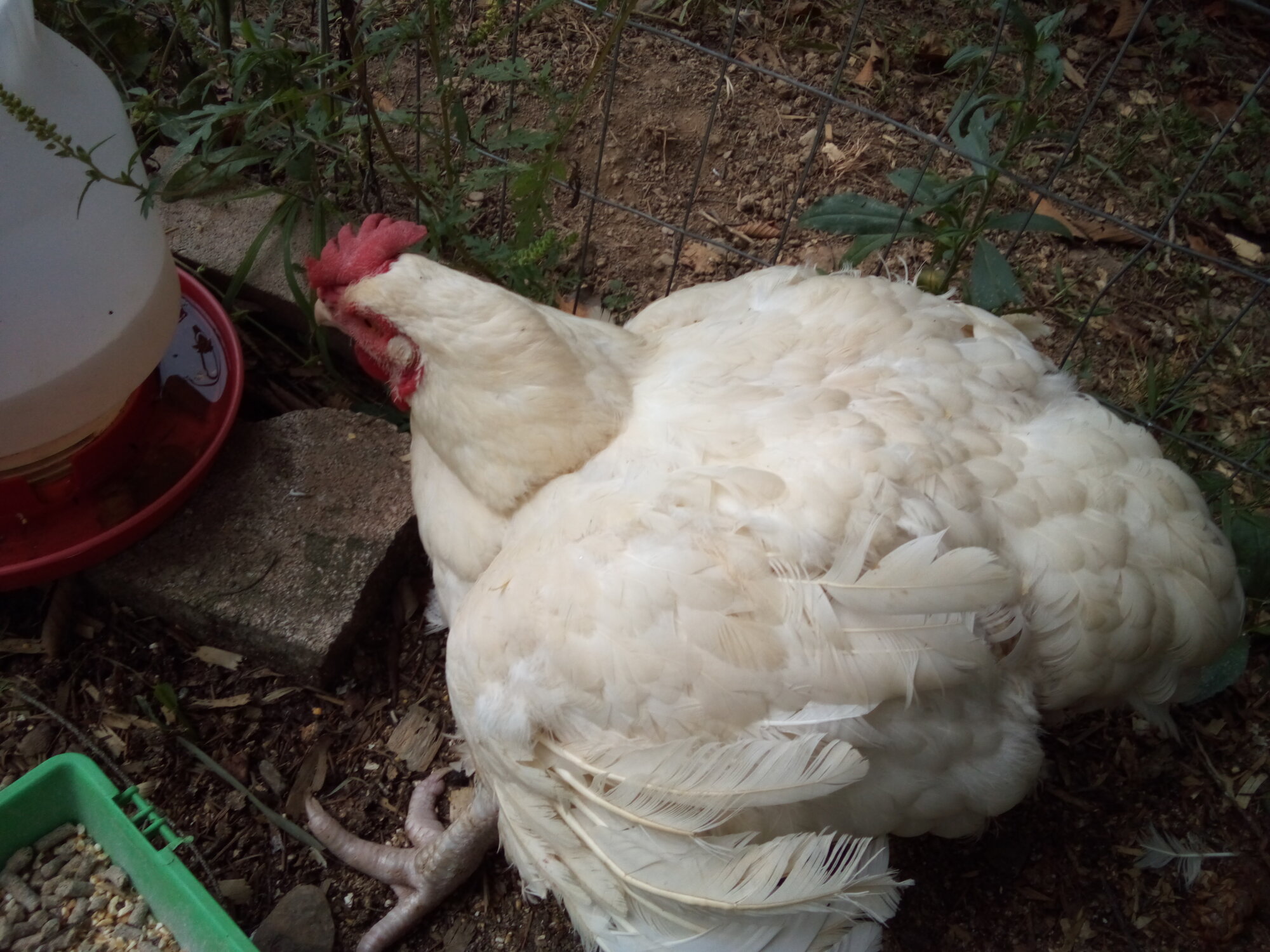 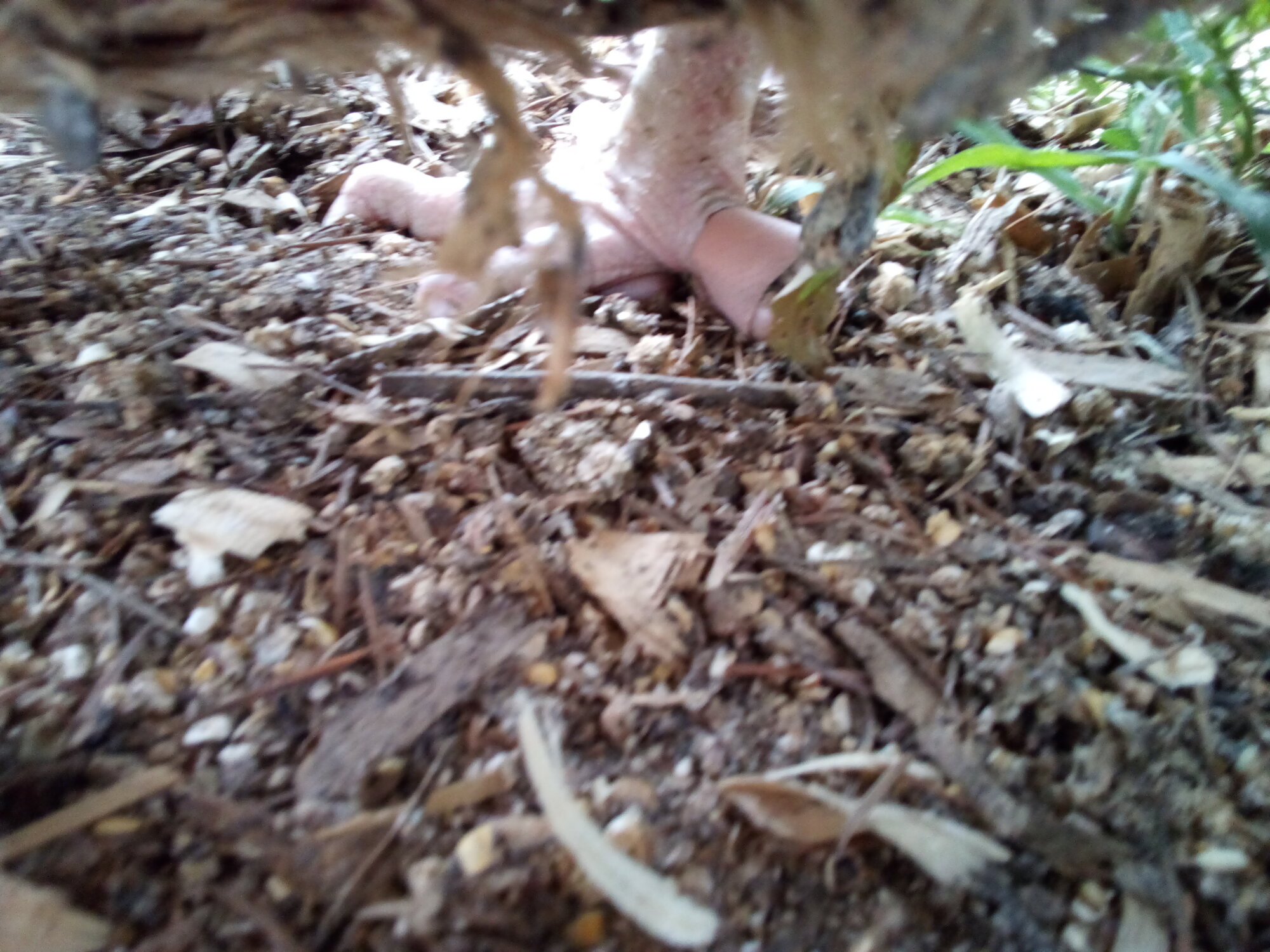 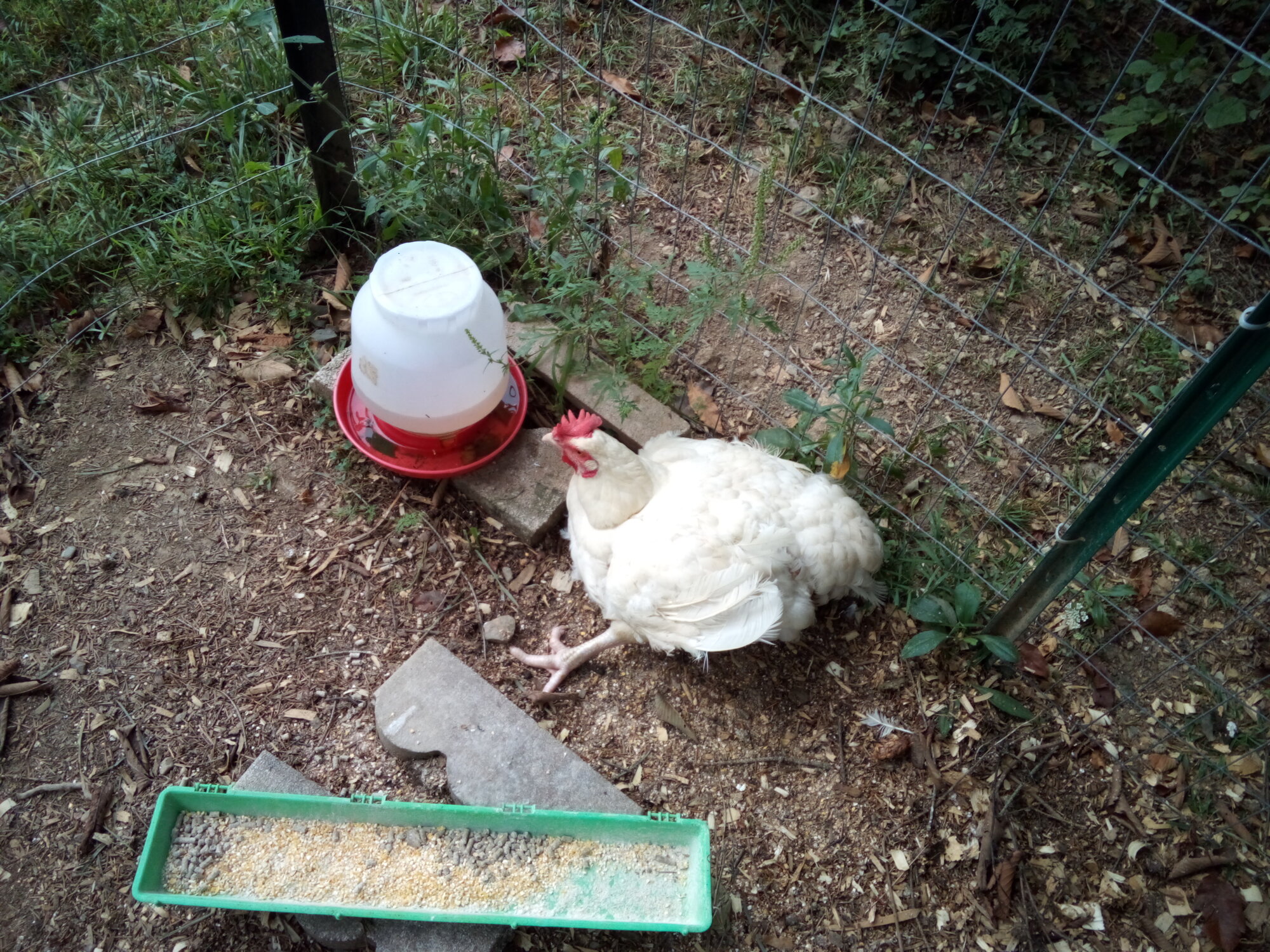 Can you get some photos of what the toe looks like next time you clean an bandage it?

Sadly, I don't think the toe is what's affecting her. It looks like her legs are finally giving out on her due to her weight. If she has not been laying eggs in a few weeks, she may be having some reproductive issues as well.

I think the leg she keeps out is splayed! she was trying to stand and it keeps slipping from under her! I'm at school right now, so I can't help. Currently panicking in homeroom.

Just because I’m nice doesn’t mean I like you 💙

I have a two-year-old Cornish Cross, they are a special-needs chicken. I noticed that you still have food left over, Which is bad for a Cornish Cross. What do you want to do is throw food on the ground it around so they have to peck for it, it is because they will overeat and kill themselves. 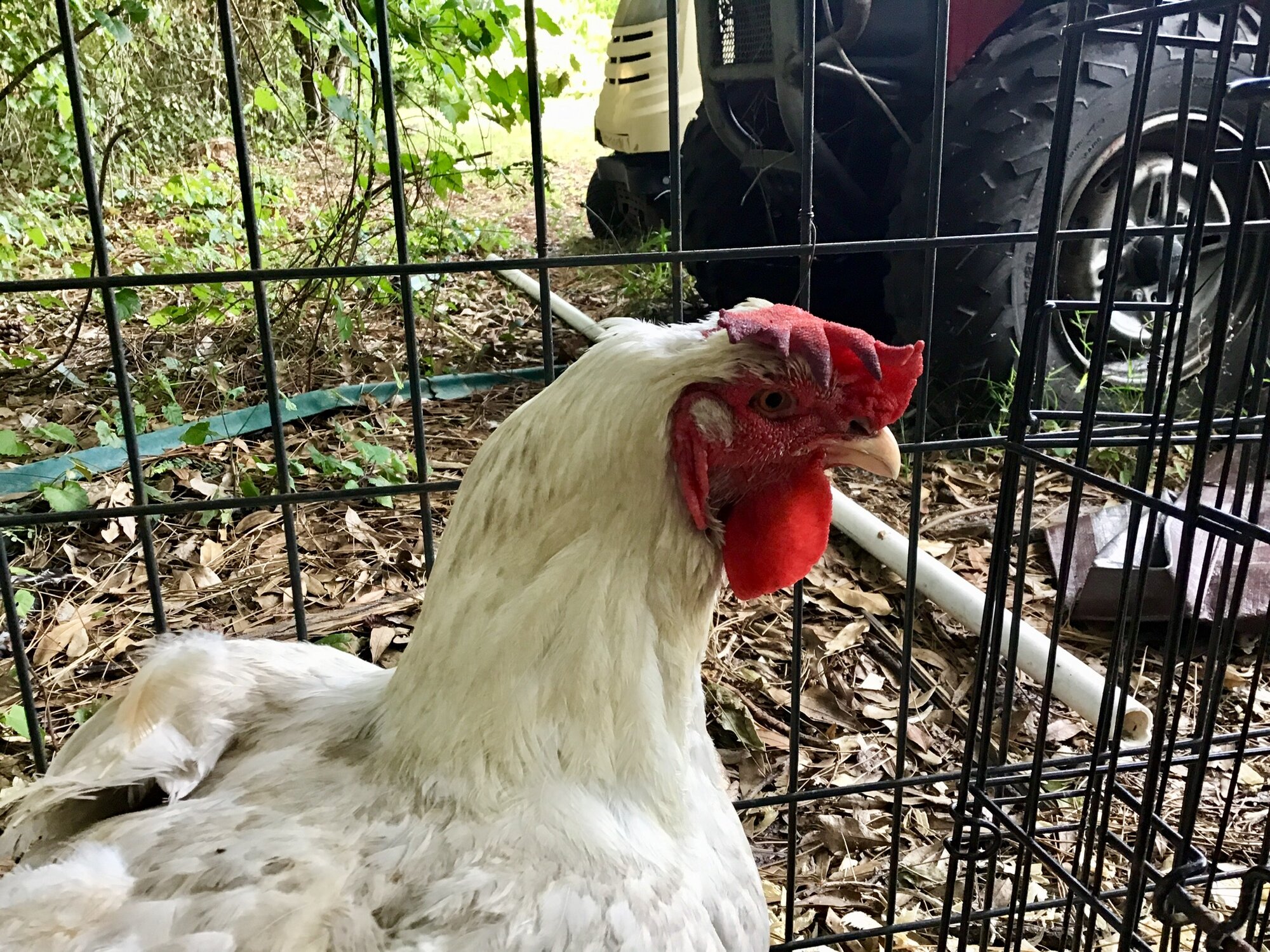 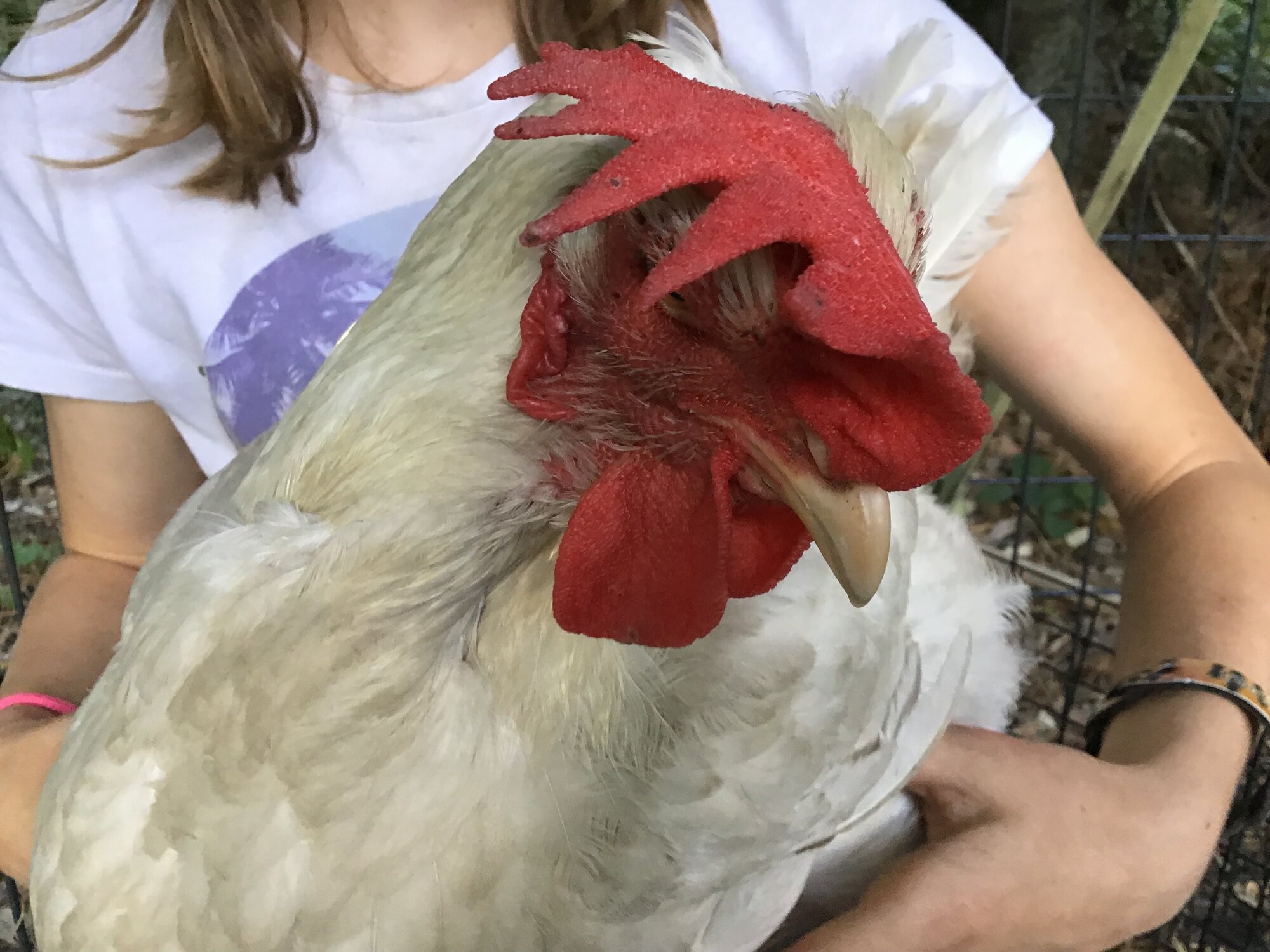 Clucking_Caramel said:
I think the leg she keeps out is splayed! she was trying to stand and it keeps slipping from under her! I'm at school right now, so I can't help. Currently panicking in homeroom.
Click to expand...

Check on her when you get home from school.

Just because I’m nice doesn’t mean I like you 💙