It looks like I've for a couple of cockerels. And of course, I'm loving raising chickens. So - I'm planning on dividing the flock with space between them.
Right now, my flock is only only ranging within electric netting, but I plan on letting them free range soon.
If I move one rooster to another coop and allow them all to free range, do I need a lot of space between them to prevent rooster problems? If so, how far?

First off, do you have enough hens to support 2 roosters? there should be at least 6 hens with each roo.

BarnhartChickens98 said:
First off, do you have enough hens to support 2 roosters? there should be at least 6 hens with each roo.
Click to expand...

My experience with 2 roosters did not go as planned. I have one now and it is so much quieter. And peaceful.
They were raised together but started fighting at 7 months so I decided to separate them. I put them in separate coops with separate runs, and separate hens.
The ee and the other rooster (mixed breed marans) would attack each other through the fence that devides the chicken yard whenever possible. The ee & the 2nd rooster crowed constantly day and night. I finally gave the 2nd rooster away, I kept the rooster that was best at watching for predators.
It's quieter, the ee rooster is calmer and more respectful to his hens. I can let all my hens out to free range together now with minimal fuss. (The hens do scuffle occasionally)
The hens in both pens are much happier.

I have about 30 roosters (4 or 5 generations) right now and for the most part they all get along. Once and a while a couple of teens will tie up but it seldom last more than a minute before one of the older ones comes over and breaks it up.
With you just having 2, and no older ones to show the young ones manners or to break up fights, you might need to keep them seperated.

Try having them all together, and be ready with Plan B at a moment's notice!
Things might be fine, and they might not. If either, or both, develop any human aggression issues, that's a cull point. If anyone is causing injuries to any pullets, also not good. Having cockerels and pullets all the same age is harder, because there aren't any adults to manage them.
Having one flock, and only separating breeding groups when purebred eggs are wanted for hatching, is easier, especially with a new flock.
Mary

Often times multiple roosters are when romance meets reality, as AArt says. Roosters are a crap shoot, and there are no guarantees that this set up will work with these roosters.

Flock-mate roosters raised without older roosters often become very aggressive and bullies to both pullets and people. If you build a second coop/run, I think I would put both roosters in one, and the pullets in the other until everyone is over 9-12 months old. Cockerels are very hard on pullets without older birds to educate them.

I think that roosters take a lot of experience, and a sharp knife. Not a lot of roosters really work in a smaller set up. Some will, until they don't, when they don't you need a plan B set up and ready to go to separate them.

Often times the noise is unbelievable as they challenge each other by crowing. Do you have neighbors? Sometimes they will fight through a fence, so if you let one group out to "free range" they fight through the fence even though in separate coops/runs.

If you have more of a farm set up than a backyard set up, you might pull this off, but maybe not.... wishing they would all get along, won't work. You need a plan B, and a plan C which might mean culling a rooster from your flock. (Or rehoming him to someone else, often times harder than one thinks, so if you get a chance, take it).

If this is your first year with chickens, if you have children under the age of 6 I strongly recommend no roosters. Roosters can go from the darling to the nightmare in an instant. And people often underestimate the violence of a rooster attack. The above poster that does this must have a huge amount of chickens and an even bigger space for those chickens, and multi-generations of birds which totally changes the situation.

I see you are trying to be proactive so that you do not have to remove a rooster, it might work, it might not.... it probably won't work as you envision it now.

janiedoe said:
My experience with 2 roosters did not go as planned. I have one now and it is so much quieter. And peaceful.
Click to expand...

Peace! If everyone's stressed all the time, that's not good. Bad for health, bad for egg production, and poor flock management.
Mary

I have had more than one male in with females and no problems and other times the males wanted to kill each other. Good luck with what ever you do and have a plan B just in case. There are two males here and everything was good. Now I have one male in most of the pens. I have some grow-out pens with several males in them but soon they will be put in bachelor coops and pens. 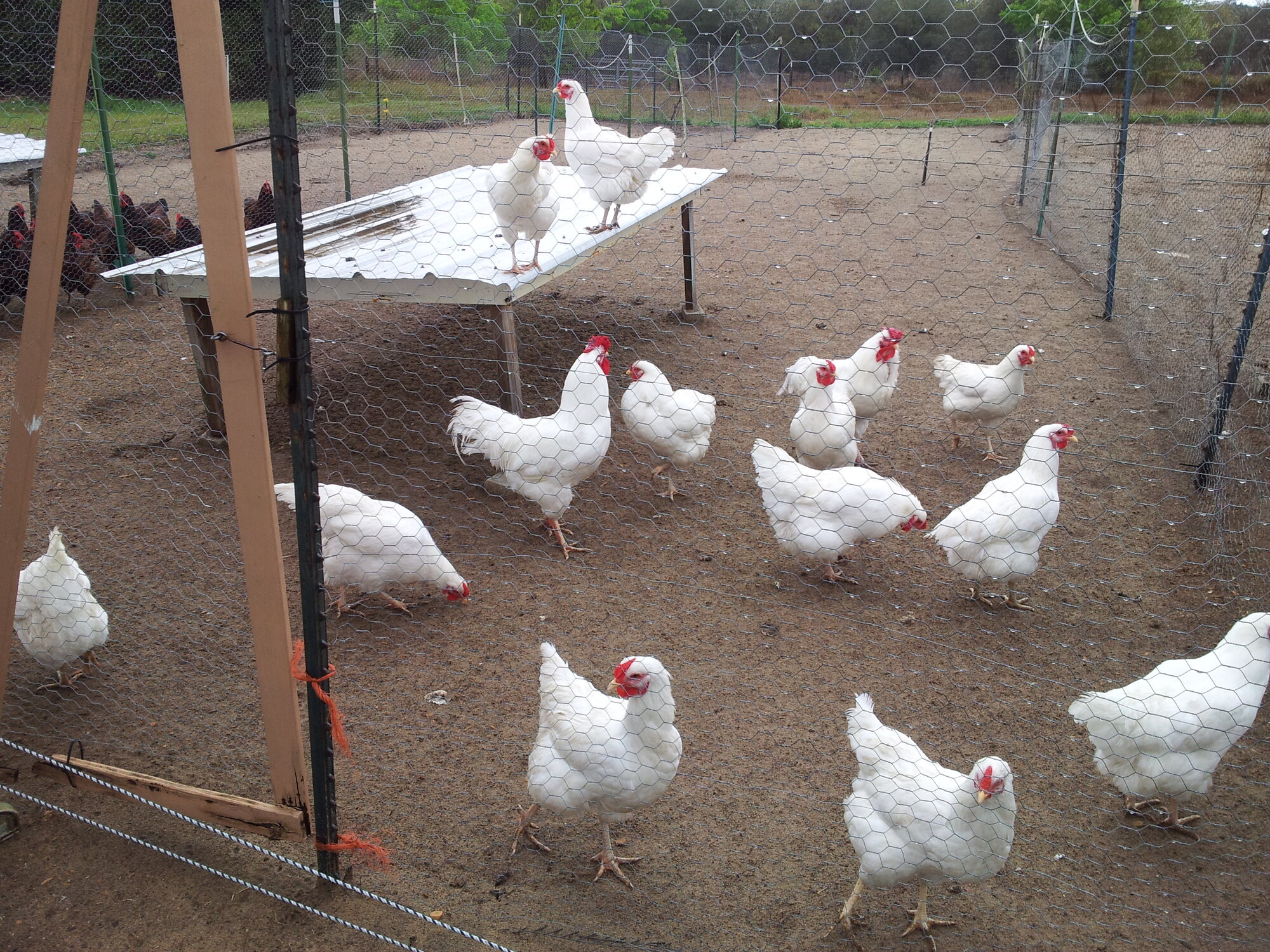 Young rooster and even younger pullets

Can I let her raise them with the flock?