Today, I had to separate some of the chicks d/t getting too crowded for the brooder:

Originally, it was just the New Hampshire pullet and the buff orphington pullet, which I bought at the same time from the feed store.

Then after a week, my other babies came home, so they became 'older sisters'. Of the two older feed store chicks that I'd put with the youngest 6, the New Hampshire chick became 'momma'. Tonight, she kept cheeping like she was in distress as if missing her other 'babies'. I spent a lot more time with her tonight and pet and talked to her and her buff sister/broodermate and she seemed to calm down. She can still see the 'babies' during the day when she's perching outside the brooder.
With food, water, and temperature being fine, should I be worried?

BTW, the 'babies' have adjusted fine to being without momma and are already working on their social structure.

Here's a pic of them the first week with their 'babies' 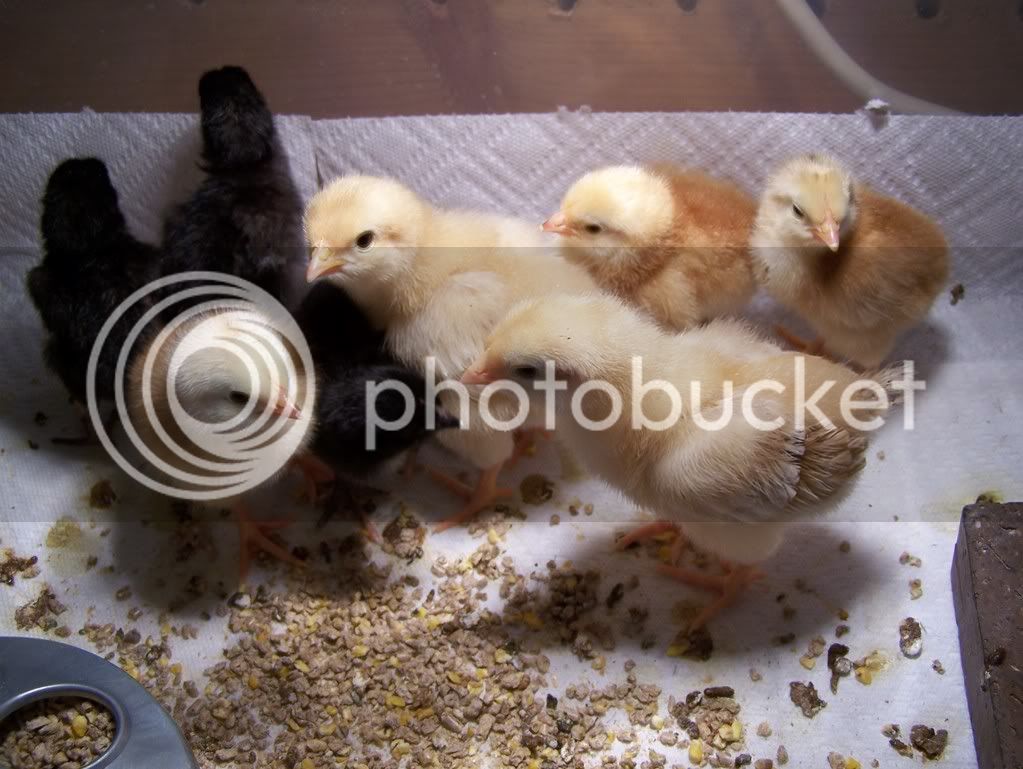 I dont think you should be worried. The babies are really cute though.

Will my hen be ok in isolation while building a new shelter?

M
Momma hen moved on and left chick behind