Should I trim her Feathers?

One of my little cochins has bumblefoot, both feet. She is very heavily feathered on her feet. Should I trim them? How low can I go before causing blood? Ive never had to treat for bumble before, but luckily, I know how from the many posts on here! 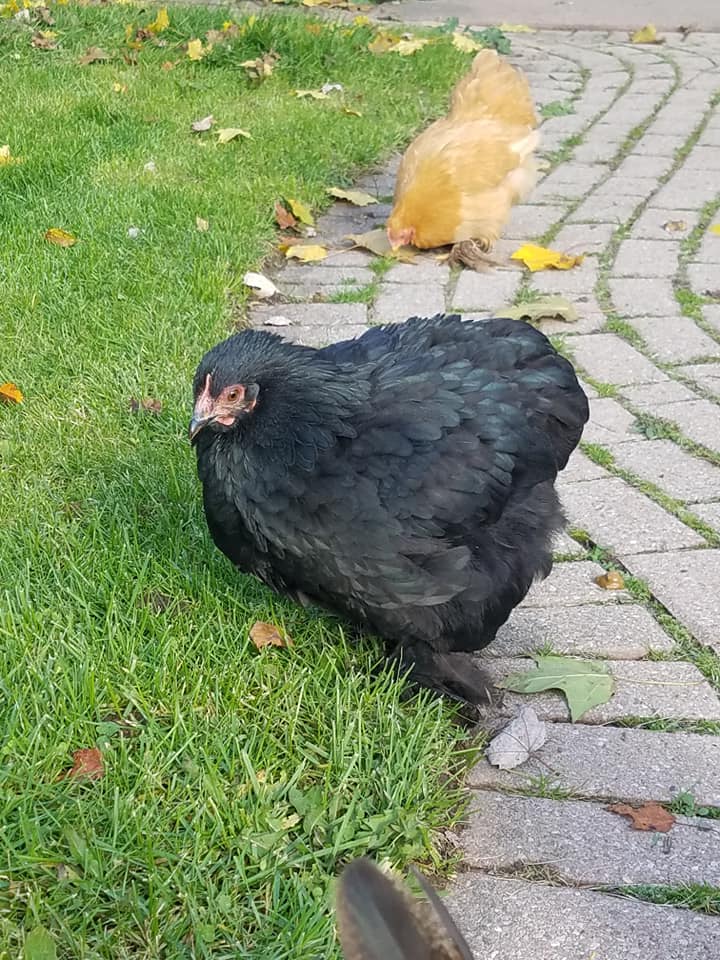 Heavily feathered feet is are going to be impossible to bandage, so you may need to figure out something.

If you could photograph the bottom of her feet and post, we could have a better idea of how difficult the feathers on her feet are going to be when you treat and bandage. Sometimes, if the infection isn't very deep, no bandaging may be necessary.

Once you get the core out and put whatever antibiotic treatment you are going to use on the wound, you will need to wrap the foot. The feathers may be in the way at that point. Just see what you need to do to get a secure wrap over the dressing after you have removed the core. Some of the longer feathers may need to be trimmed a bit.

Ill grab some photos tomorrow. Today, it is still so so cold here! I know trying to wrap is going to be a pita with all those feathers. I gotta run to the store and get my supplies; triple abx oint, gauze, betadine and vet wrap. Maybe Ill find something to spark a genius idea to do an easier wrap job. Her feet are absolutely just covered in feathers, ugh.

Unless the feather is a blood feather (newly growing) it should not bleed at all when trimmed. If she's molting, then a blood feather is a possibility. If you did happen to cut one of those then blood stop powder, styptic, or corn starch and pressure can help stop the bleeding, or if it won't then you can just pluck that feather and put pressure on the skin where it was. I had a Brahama roo that I had to trim feathers on more than once, he had a crooked toe from being broken and would be prone to bumblefoot in that foot. Sometimes I could just wrap the feathers in the direction they were growing without trimming them, but your hen looks to have pretty heavy feathering there, so that may not work for her.

What is this on my chickens foot?