Hello All, I've been crusing through the forums trying to find answers before posting but unsuccessful. This is my first time raising chicks so I'm not sure if its a common issue. I have a 5 week old Golden Comet or Cinnamon Queen (coloring is close so hard to tell which) that has had what looks like an impacted vent with white discharge for the past week and a half or so. Over the past day or two its started standing in a corner with its head against the wall all day and it looks like its trying to push a golf ball through its vent. I talked with a neighbor who has been raising chickens for a while and he recommended warm baths and trying to clean the vent out, both of which have been done fir a week now with no effect. This chick is noticeable smaller and lighter then the other 13 and has significant decreased activity. We are feeding it purina start and grow medicated and using pine shavings for bedding. Any help is appreciated. Thank you.

You might want to try giving it cold coconut oil chopped into small pieces and fed to the chick, that might help it ease the constipation. Molasses can also be given orally. Water intake should be good. It is possible that she has some underlying issue causing her to suffer constipation.
C 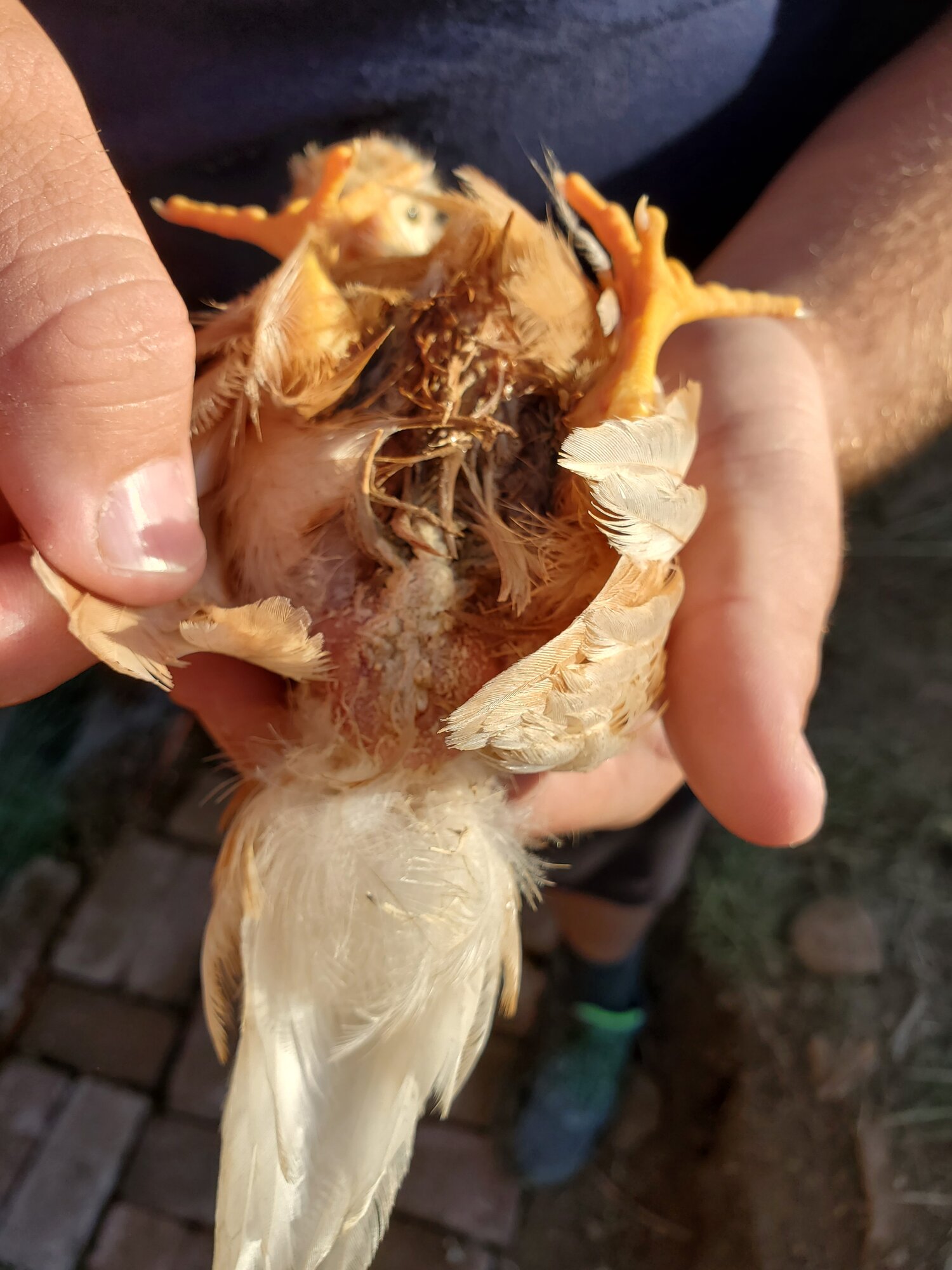 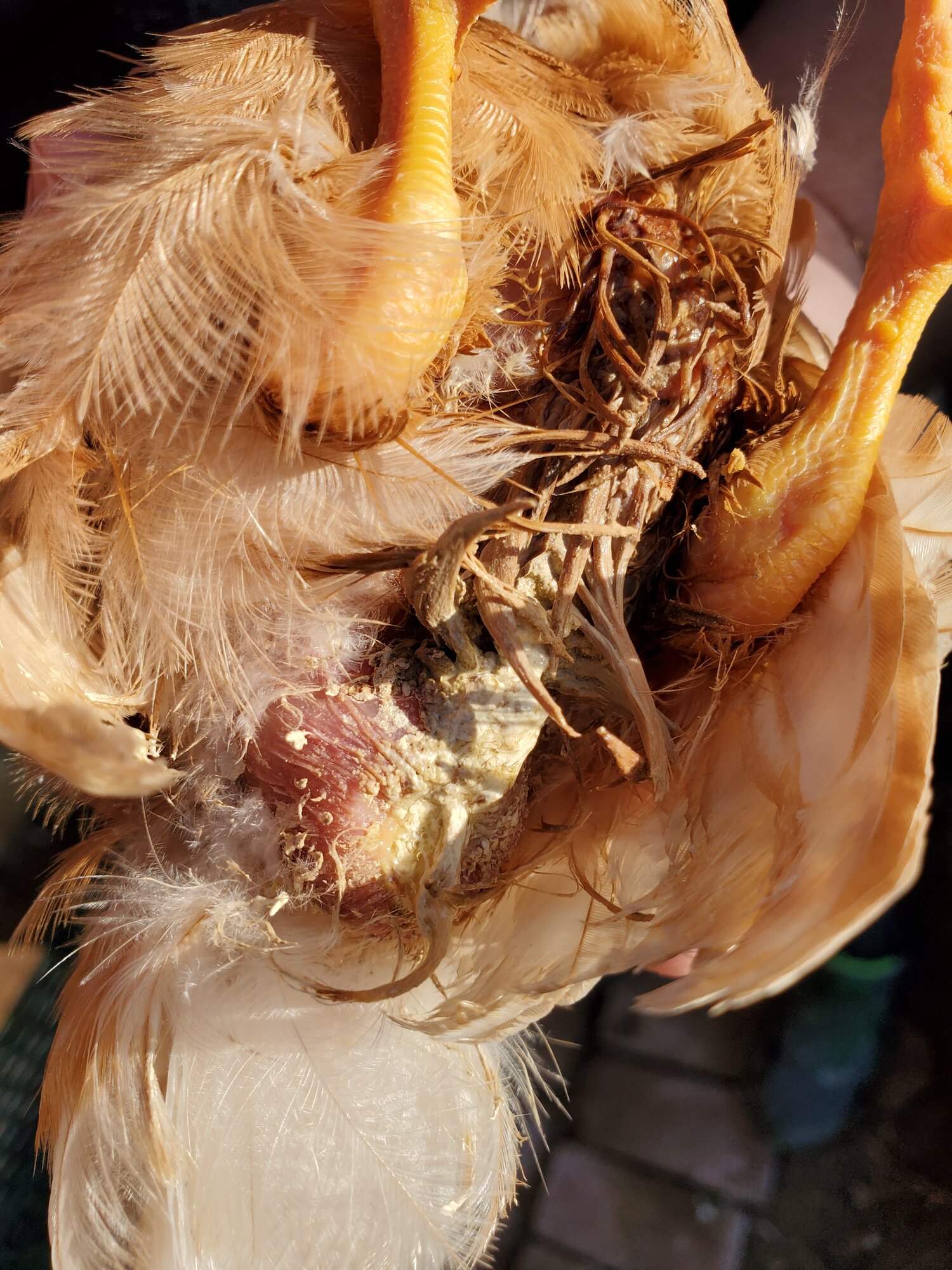 Here's some pictures if this helps. And thank you for the coconut and molasses idea. My wife is going to start that today.