Wanted to know if this is split wing on these two silkies. Thanks!! I'd really wait on this, hoping that you have more experienced folks to give more answers? But to me the first looks like the primaries fold over the secondaries (the hen in my avvie has this issue) and the second might be a split. For both, do the wings just pop back in the same positions when you unfold them? It's hard to tell just from pictures.

Quote:
The way the wigs set in the picture is the way they set after unfolding them. It could be just me, but they look slightly different from my other silkies wings. Is there a better picture I can take? I just don't want to breed these if in fact they do have split wing as well as anyone else. They could make somebody a great pet if they do have split wing.

I wish the Silkie gurus would respond...Silkie wings can be notoriously difficult to place. Here's my hen when she was very young. Her primary feathers fold over her secondary ones, which I see more often than an actual 'split'. I'm under the impression that both of these are different conditions. But I only ever hear about split wing. 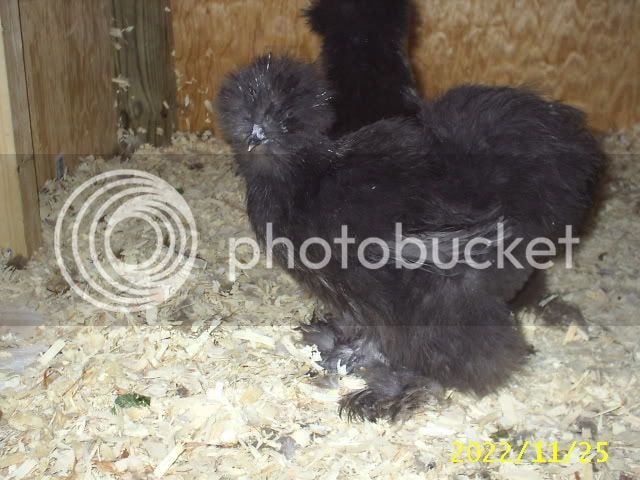 Out of plain curiosity, I might be breeding her later in the season, with my male with awesome wings, just to see what the offspring come out like, and sell the birds as culls.

Here's a Hattrick article that I like. Good visuals.

You could take pictures of wings being unfolded and post them, or look at them yourself. You should be able to feel and see the difference when unfolded, if you compare to your birds with normal wings. I know my hen posted above has a distinct 'break' in her wing structure, but not like that of a bird with split wing. In my eyes, both are undesireable traits. This is the part where I say again that I wish more knowledgeable people would poof in...

Type/confirmation of these Silkie Roos
2

Is this silkie a paint or a splash?