so, i am starting off with: i have absolutely no idea what was wrong with my chicken, willow's toes, and neither does the vet. his bloodwork all came back sound and antibiotics didn't make the toes get better so we opted to amputate both. also: willow did have scaley leg mites but we treated for them and his legs look better.

anyway! on to the story.

willow first off, is my favorite chicken. he's a sweet and gentle lil 3 year old silkie rooster with a heart of gold. he gets picked on by one of my silkie hens he is so docile, and he accepted any and all chicks added to his flock (a yr or 2 back). he is also really tough as you will see in this thread. anyway, one day, after 4th of july, i noticed willow's toe was.. swollen. first thought was that i stepped on it and broke it. i kept an eye on it, it only got worse. then i thought, maybe it is gout. gave him an option for chick feed. toe got worse. okay maybe it's because of the scaley leg mites. we treat for that.

it just gets more and more swollen. we wrap it with neosporin Every day, i start squeezing pus out of the toe whenever possible. and then one day, literally within 24 hours, the day before my birthday, some of his toe starts turning black. as if it is dying.

here are some pictures of his toe progressing (forgive the messed up collages, photogrid messed them up for some reason) my aunt corey, who is a nurse, told me right away: that is necrotic. so we knew we would have to amputate. after seeing some threads on here we though maybe we could do it. but hes my favorite. none of us could bring ourselves to do it. so my dad finally said we could take him to the vet because i was So torn up. he panted a lot in the car but he did well. that was when we realized the same toe on his right foot was swollen too. the vet made a small incision on the new swollen toe and only got blood.. we started a round of antibiotics ans anti-inflammatories.

2nd vet visit, we were supposed to amputate but we were going on vacation with some family from out of state. so we just did bloodwork and waitee for when we came back just in case. while we were gone my old neighbor watched willow and gave him his meds for us. im so extremely grateful. third vet visit... which was dropping him off this past friday morning (august 12) for the surgery. my dad told me i was nuts because. it wouldn't be cheap. but the money can be made back. willow is one of a kind and his life cannot be brought back. i have cried so many tears over this boy. i love him so much and he made it through the surgery wonderfully!! he is strong and i knew he could handle it (ok i was actually extremely anxious but i am glad he was so strong and has such a will to live)!!

here are his amputated toes (the vet let me have them, my boyfriend is gunna clean the bones for me so we can see the effect the infection had) we think the infection got to his bone or originated there because the bigger toe was floppy and feels very weird. i will post pics when the cleaning is done!

and what you all have been waiting for!! willow my joy is home!! here he is looking all cute and perking up! (his face is swollen from being pecked by one of the hensbi think, the vet did look at it while he was under anesthetic). and his feet, minus two toes (and trimmed spurs)! he is separated from the hens by a pen until he heals up and he is getting around surprisingly well! he is back on meds and seems to be feeling lots better without two painful, ridiculously large and dying toes. the vet was wonderful and did awesome work

my $5 hatchery rooster is officially now my $1000 rooster.. he is so worth it and it is worth it to see him happier and feeling better.

here is a video of him walking! 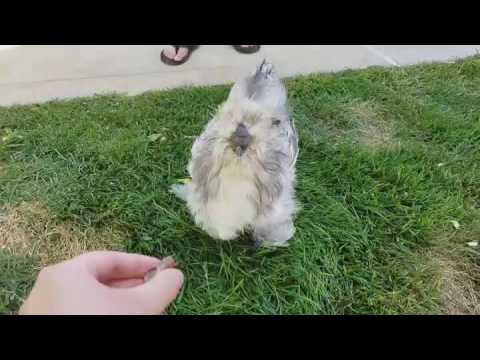 Wow! That's very strange, I've never seen anything like it. It really is amazing what they can recover from and so quickly! Hoping for a smooth recovery

AstralStorm said:
Wow! That's very strange, I've never seen anything like it. It really is amazing what they can recover from and so quickly! Hoping for a smooth recovery

i know right! i still can't fathom what it could be.. maybe he fractured his toes somehow and got bone infections? i don't even know because there's nothing really around he could hurt himself on! i am really hoping the toe bones will have answers! :-0

My rooster hurt his beak and his toes
2 3

Rooster with part of toe black cannot find a vet