Making good progress on my coop. Its a 4x6 with external nest boxes. My previous coop chickens only used 2-3 nest boxes so planned on making a split nest box design with separate lids so one side is storage and the other side is a couple nests. I have seen this on the larger 8+ft coops and wondered how does one waterproof the crack that forms split between the two lids?

I installed a piece of rubber coving that I bought from Lowe’s. I cut it to length then scored the back width wise so it would easily fold when I lift the lid. I ran a big bead of caulk on the wall in line where you see the screws. It’s been through some heavy rain storms and my nest boxes have stayed dry. 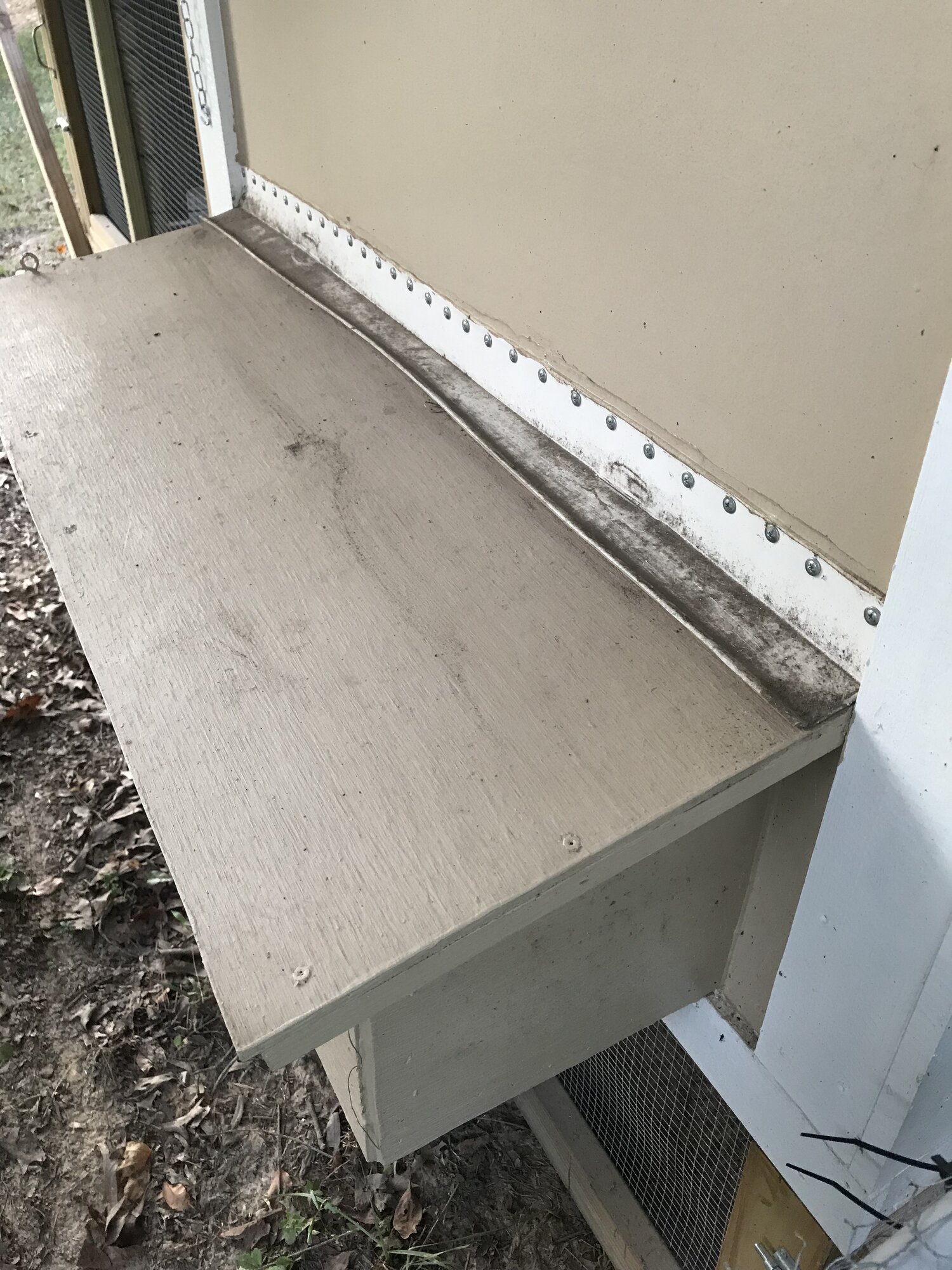 Just re-read your post. I built what you described on my first tractor. Two sets of three boxes. I left a space between the two sets. So basically there were two of what you see in my picture. Hope that helps.

one idea i had was to build the two separate lids and then place a 1x4 board on top of the crack that would be attached to one of the lids, most likely the nest box lid since it would be opened daily. Caveat is the nest box lid would need to be opened to open the storage lid. other thought is to try some weather stripping and then have the lids latch to the front wall of the nests so the compression would keep out rain.

and then other thought is just tell my kids to suck it up and lift a big single lid that i would have a latch to attach to the coop wall.

Sounds like all those are good options. My daughters really appreciated the chain I attached to the wall that hooks the lid when opened. They can prop the lid open while they collect eggs. You can see the chain and eye bolt in the pic.
BYW The hinges are under the coving and the lid is secured with a latch and carabiner to the front wall of the nest boxes.

shughes said:
and then other thought is just tell my kids to suck it up and lift a big single lid that i would have a latch to attach to the coop wall.
Click to expand...

Yup! If they can do it safely.

I’m putting the hinges on the face rather than the top. Just drip edge/flashing around the perimeter of whole nest box. Modifying a plan from Construct101 - they show nice drawings plus material and cut list.

I think a side entrance door is a better option. Our door is extremely heavy. I plan to add side entry soon.

Currently I use a 2x4 to prop the roof. But really it is heavy enough that the grand kids can not handle it. And short people have to stand on cinder blocks ti reach in.