The joys of ordering chicks months in advance

BlueBaby said:
Yes, I'm down a little bit south of Phoenix. We have people from all over the different part's of AZ. here. Some of us are breeder's. You should come and chat with some of the other's in our AZ. state thread here:

Ok. I'll head over there. I'm off to bed for now but will take all the help I can get! I'm so excited!
L

BlueBaby said:
Yes, I'm down a little bit south of Phoenix. We have people from all over the different part's of AZ. here. Some of us are breeder's. You should come and chat with some of the other's in our AZ. state thread here:

Thanks for already being so helpful. I'm new at this whole thread thing to.

Lcraigaz said:
Thanks for already being so helpful. I'm new at this whole thread thing to.
Click to expand...

Lcraigaz said:
Wolfwalker, where did you order your chicks from? YouI said Tucson? Arizona? Just curious because I'm brand new and want to get some chicks. I live in Arizona.
Click to expand...

I've ordered from both Welp Hatchery and this shipment is coming from Murray McMurray hatchery. I have an order from Welp coming next week.

What breeds are you looking for? depending on what you want, I might have extras as I ordered enough to pick the best for my breeding groups.

I thought for sure this would be the theme of this thread:


I ordered almost 3 months in advance

Good luck with the crazy weather, it went from 70s and sunny on Sunday to ice/snow Monday and teens and more snow today.

@ColoradoPip Yes, it's cold now. I'm glad that the 6 chick's from my last hatch are still in the house in their brooder and I hadn't moved them outside yet.

Well tracking shows my chicks are on the way to my post office. Postmaster told me the truck normally arrives at 06:30 and it is 06:05 and a five minute drive if I am being a slow poke.

Well, I have them settled now. I picked them up placed them in the brooder after adding one of the heat plates as the brooder dropped 10 degrees overnight. We hit a low fo 23 this morning, 20 degrees below what are normal is this time of year.

I ordered 26, I had called in about 3 weeks ago and asked to ad a Male Light Brahma to the order, they sent an extra light Brahma.

They also sent a mystery chick. Which makes me go GRRRR then Sigh. I had things I planned to do this week not spending countless hours looking at baby chick pics to try and figure out the extra they sent. LOL

28 chicks are now inside in my post hatch brooder, and there is not a lot of room for them to move around, but they were unhappy, and starting to pile due to being cold, so inside they came. It is only for a couple of nights as they forecast we will go back to our normal night time lows of mid forties by Friday. 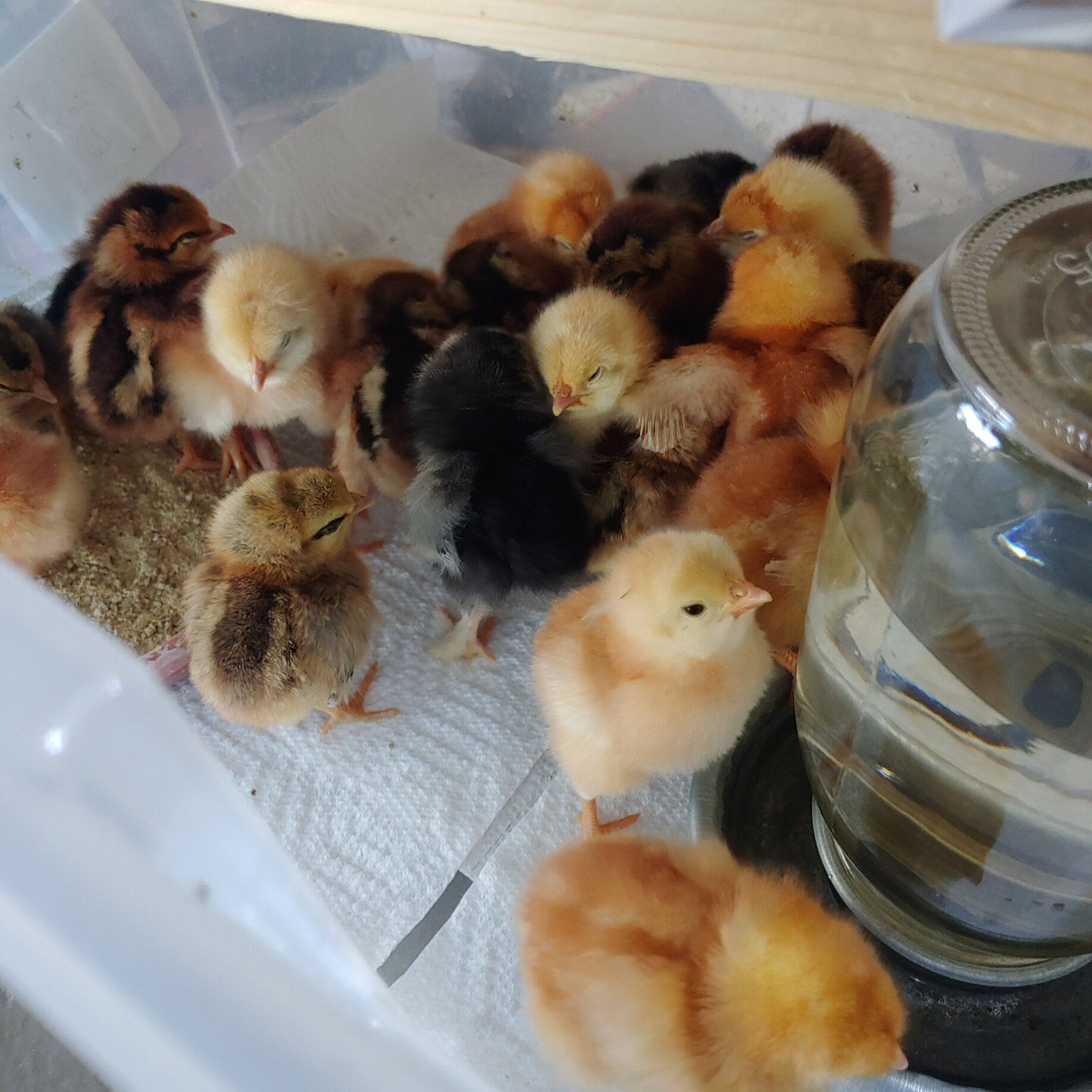 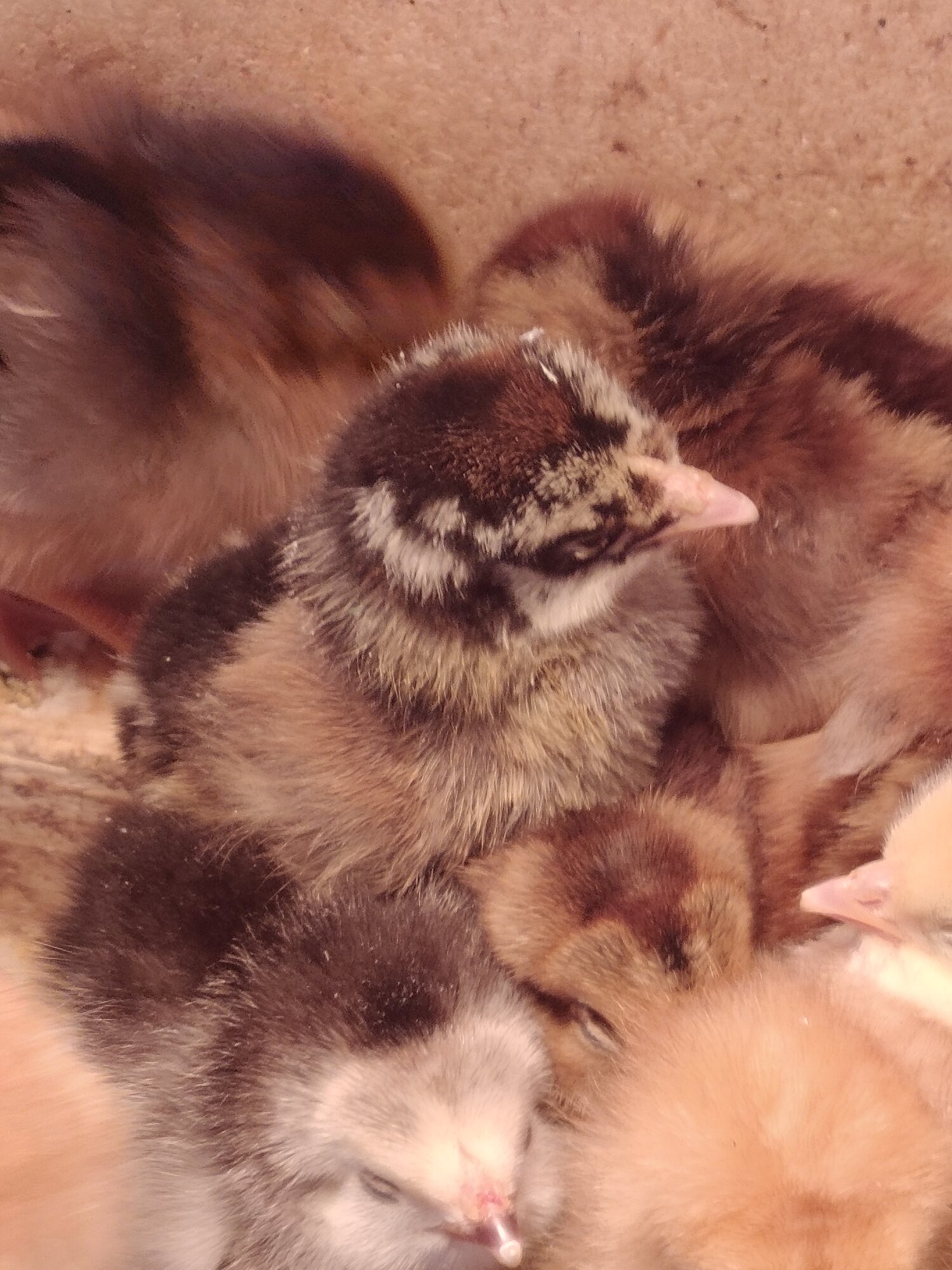 The weather has been crazy. I'm in Utah and we had 40 degree weather all through January. My order from Meyer Hatchery shipped yesturday and we are suppose to be in the 20s during the day and teens at night. Hopefully the mail trucks will be warm enough. Good Luck with your hatch and stay warm.
You must log in or register to reply here.
Share:
Reddit Pinterest Tumblr WhatsApp Email Link