The Worst of all predators...

It's been soo long since I made a post, but I had to share this to see if I'm the only who's had this happen to them(This may be long). So I woke up this past Wednesday, I was gonna go jogging and thought, I'll feed my birds before I leave, so as I approach my henhouse, I find one of my birds dead, she didn't seem to be killed by an animal, it seems she was shot, I notice that another hen was missing so when I go out into my alley way to search I found a pellet gun close to the entrance(maybe they were caught and ran away leaving it?). 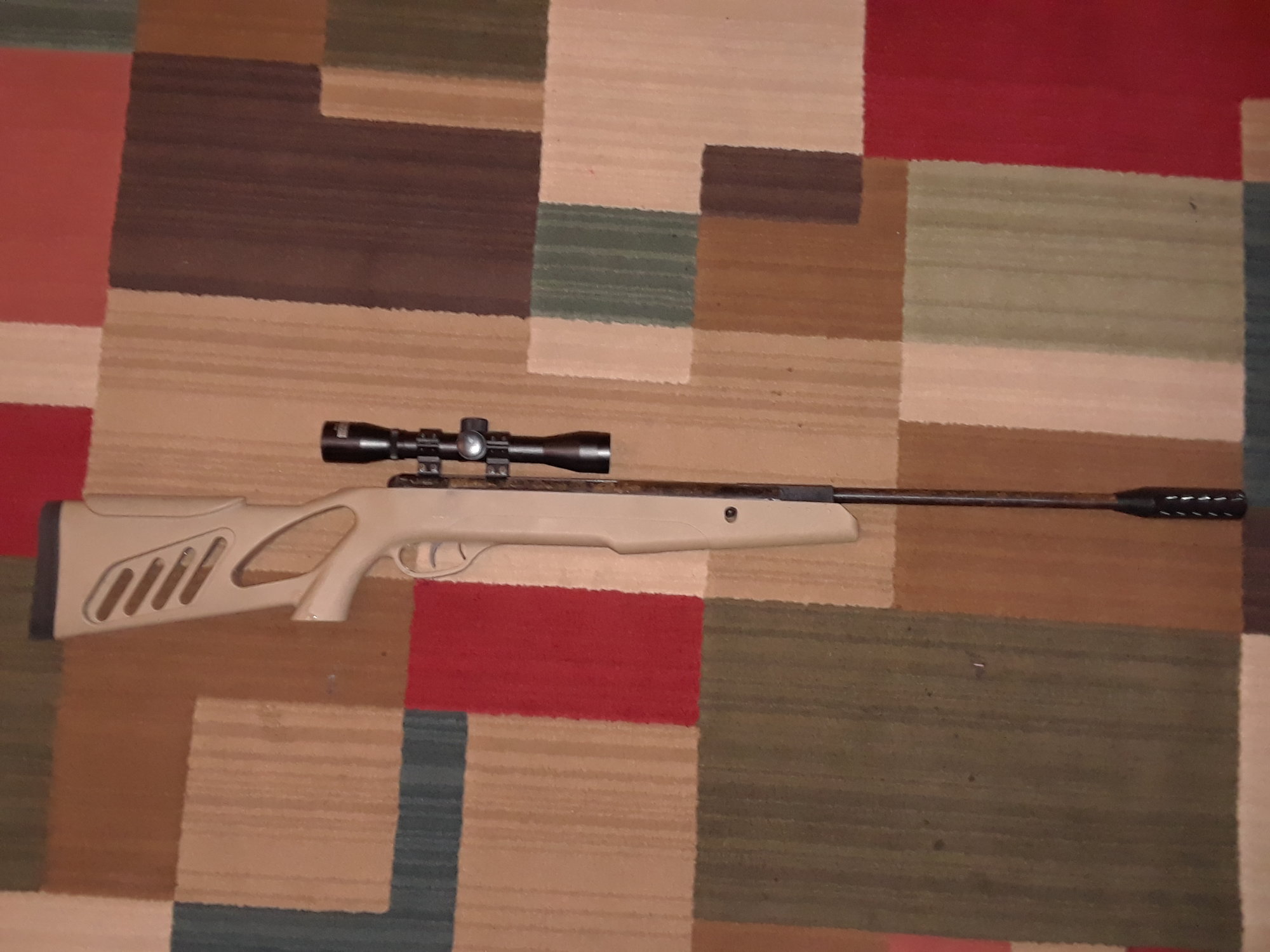 This hen was in my backyard and some heartless b***** shot her for nothing. If I had seen the ones who done this i would've beat the snot out of them and I'd definitely press charges.I kept watch outside to see if anyone would come back for the gun, and I hear what sounded like the missing hen in a neighbors backyard!!! I took a peek and it was her!!! I thought how is it that she got there? She doesn't escape either. And the man who lives there never fires a pellet gun at all, so he couldn't of done it. We asked for it back and he let us come and take her. She had a wound on her neck, it's like the pellet grazed her neck side, to help her we used purple gelatin to heal her wound. 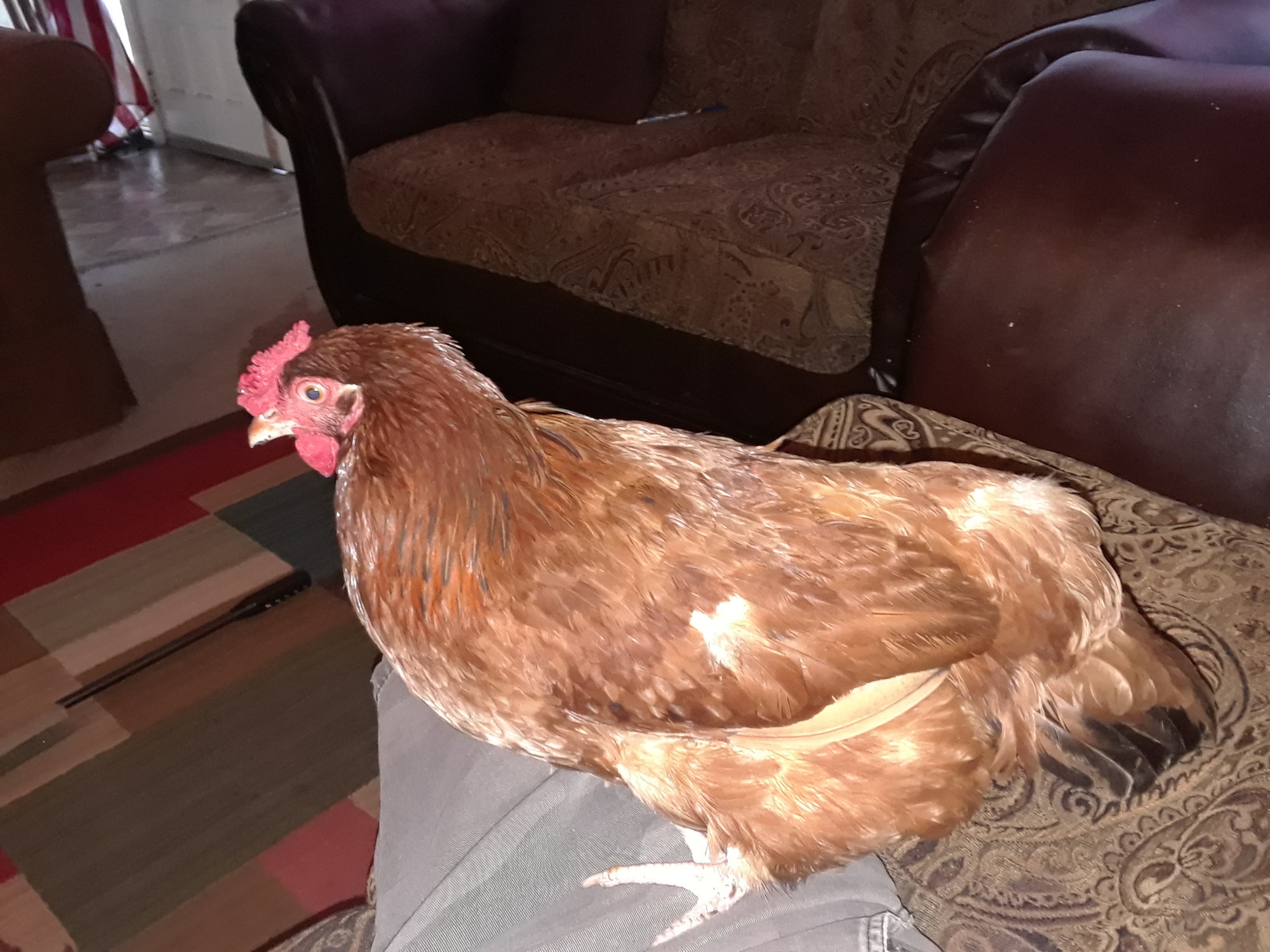 I think Roja, my hen escaped their grasps and flew into the neighbor's backyard.(they also opened the backdoor) 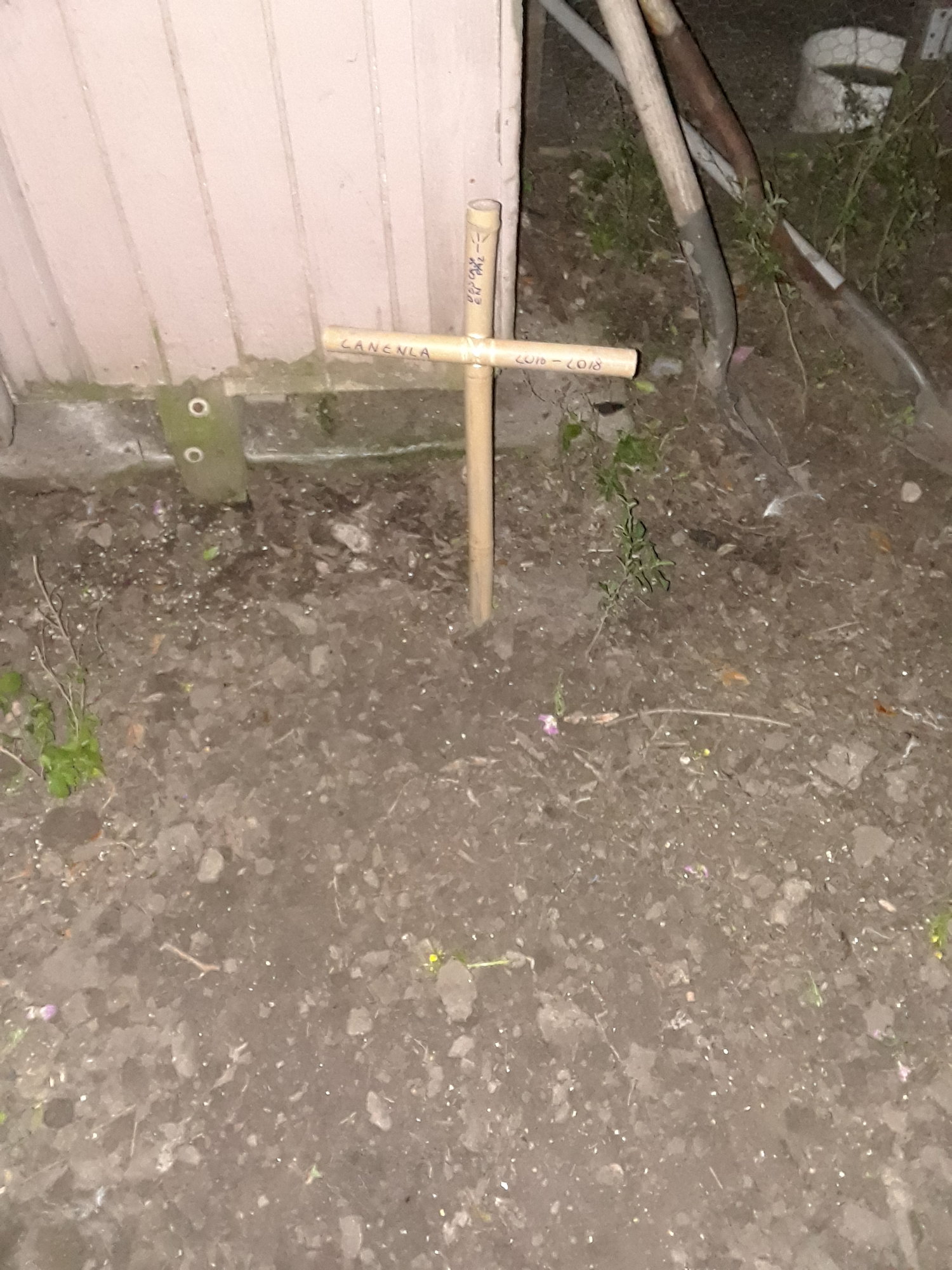 After my hen Canela(2016-2018 MSRIP) was buried, I went down to the pawnshop and sold the airgun.(no one would want to keep a weapon that had caused harm) I've lost my first rooster to a possum, but never dealt with something so terrible as this, I don't know who did it, only God knows who and hopefully they pay in the afterlife. After this I'm going to rebuild my henhouse so that no one can aim in and I'm getting a puppy. This goes to show there are some really terrible people in this world, has anyone else had something similar happen to them? (The gun was a swiss and arms tac-1 airgun .177 clb that fires pellets at 950-1000 fps and sold for around $100)
Last edited: Mar 8, 2018

That is just plain horrible.

I am so sorry for your loss. I hope Roja heals up soon!
People can be awful sometimes.

Wow. That is horrible, I can't believe someone would that!

I am so sorry for your loss, I hope things get better

Thank you all, if anyone should ever make a hen house in a neighborhood you should never make it close to a wire fence near the alley way. This was something I feared since my first hen house.

That pellet gun is powerful enough to kill a chicken. I'm glad your girls are relatively ok and I hope this is the last of it.

It may have been a kid and after shooting the chicken they had a feeling of remorse over what they had done and dropped the gun and ran home. Reminds me of an old Andy Griffith show where Opie killed a mother bird with his new slingshot and felt really bad about it after he did it. We can hope that is what happened anyway. If so, they would be very unlikely to do it again - especially since they no longer have the gun!

I am truly sorry for your loss and I can imagine how sad it must be for you.

I'd invest in a trail cam, a $50 model takes great pics or video, holds thousands of pics and is digital so you can erase them. Even at night.
Hide it discreetly so it's not noticeable. Keeps an eye on your place/birds when you can't. Might not stop bad from happening but at least you know who/what is responsible.

I'd invest in a trail cam, a $50 model takes great pics or video, holds thousands of pics and is digital so you can erase them. Even at night.
Hide it discreetly so it's not noticeable. Keeps an eye on your place/birds when you can't. Might not stop bad from happening but at least you know who/what is responsible.
Click to expand...

Actually i was considering one, I might get one.

Mean, cruel and tragic for you and the chickens. I am so sorry for your loss. I, myself, would feel devestated, I'm sure.

You can get a "dash-cam" that is motional activated and will take great videos at Walmart for $15. We have one.

My nephew, at age 10, shot a boys eye out while "playing" with a pellet gun. These "toy" guns are not toys.

What killed my hens?

What kind of preditor am I dealing with??
2