I have a couple game chickens that will be used for some videos later. They are a three year old cock and a pullet just shy of one year. During this effort they will produce a brood to be used for display purposes. We recently constructed a wooden deck on the west end of house that has a railing that varies from 6 to 15 feet above ground. During much of the day the birds are confined together in a 4' x 5' x 5' pen roughly 60 feet from west end of deck. At end of each work day I will be releasing the birds to free-range in yard. It took some work to get cock's territory boundary out of contact with cockyard.

The birds will be enticed to fly up from ground to a point on railing that is about 12' above the ground. The rooster is one that readily flies to hand when called although the pullet is a bit shy. I am trying to get rooster to entice her to fly up for the meal worms. Rooster is a bit underweight which is part of reason he was selected for this effort. He will be babied nutritionally with large particle feeds to compensate for his bill damage.

Complications to this effort include dogs, kids and an exceptional free-range forage base. 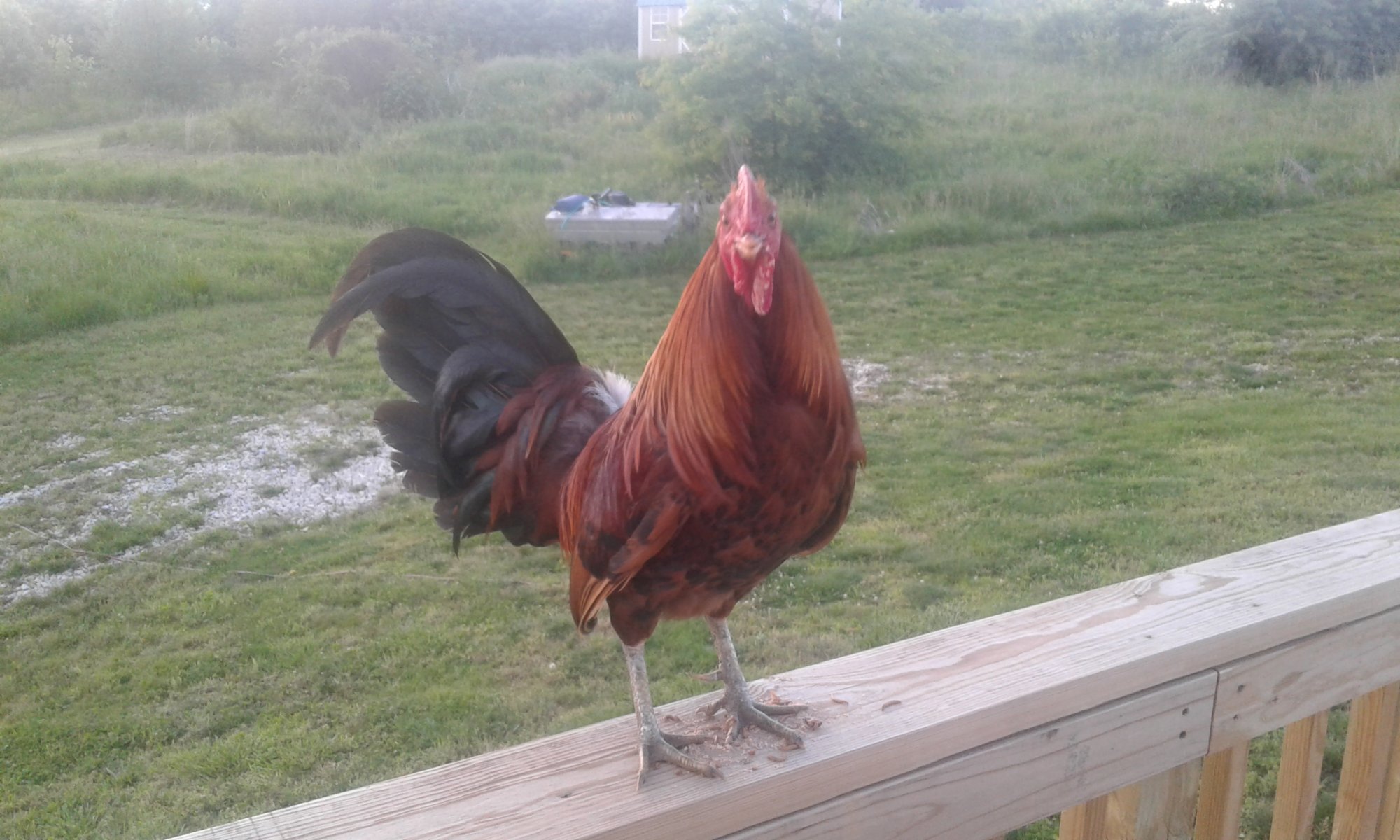 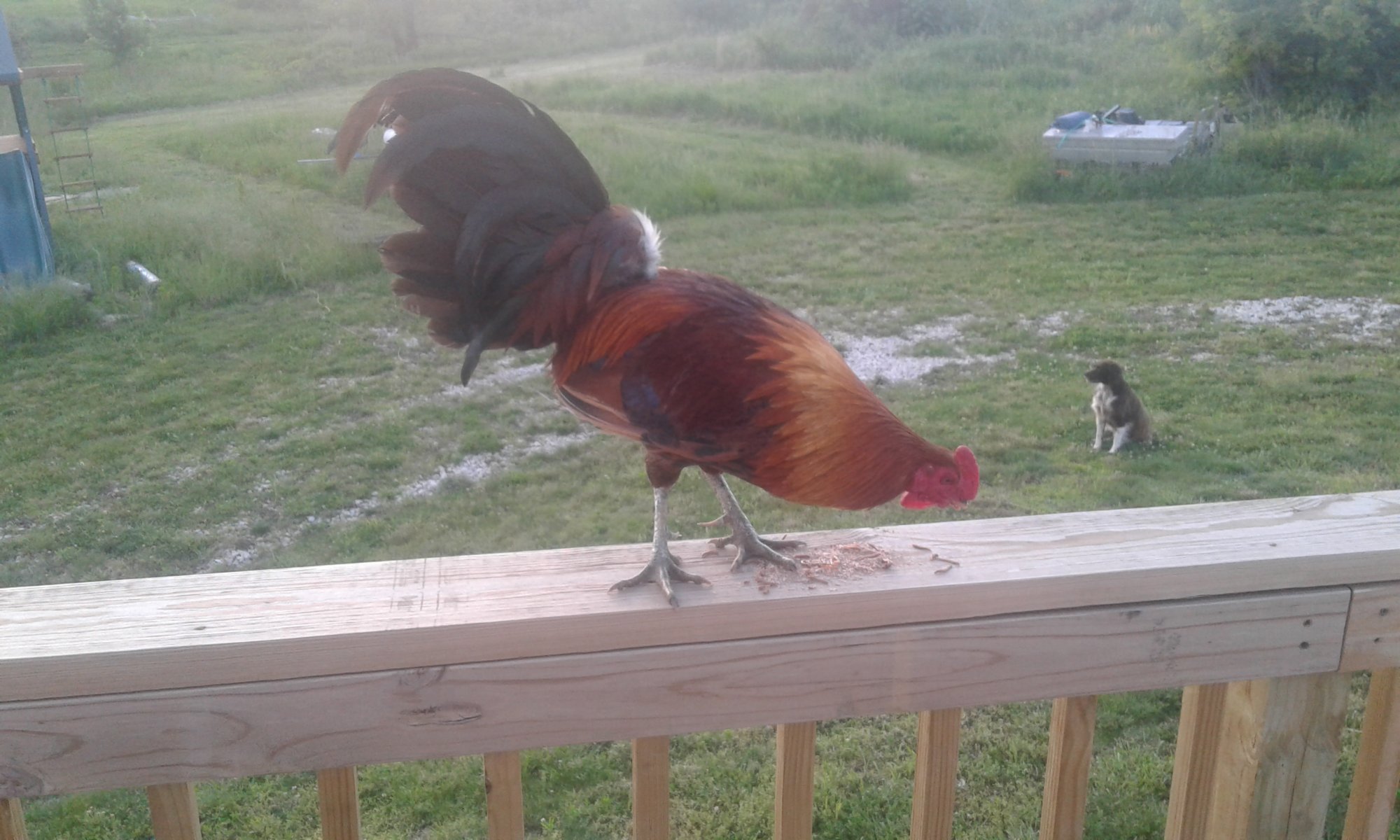 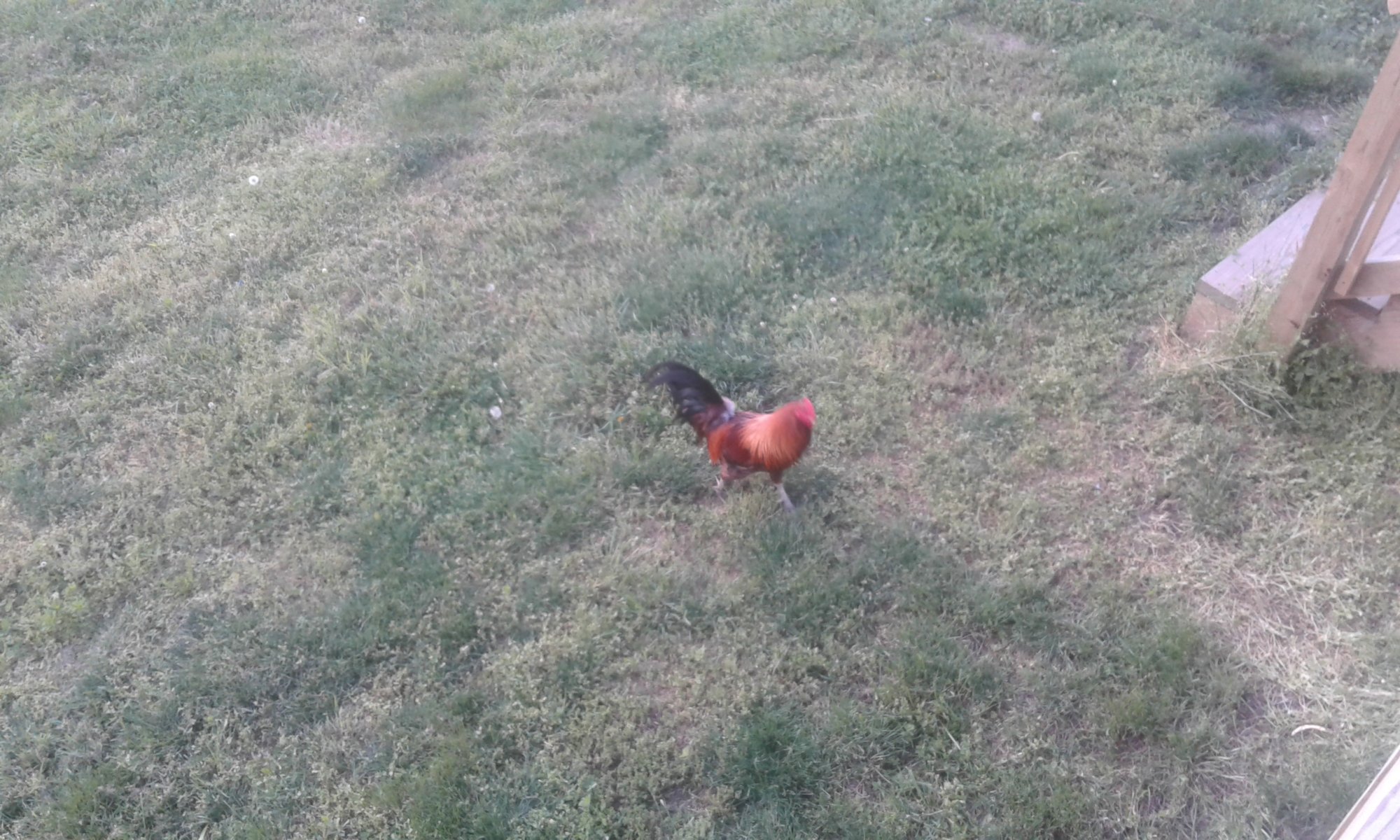 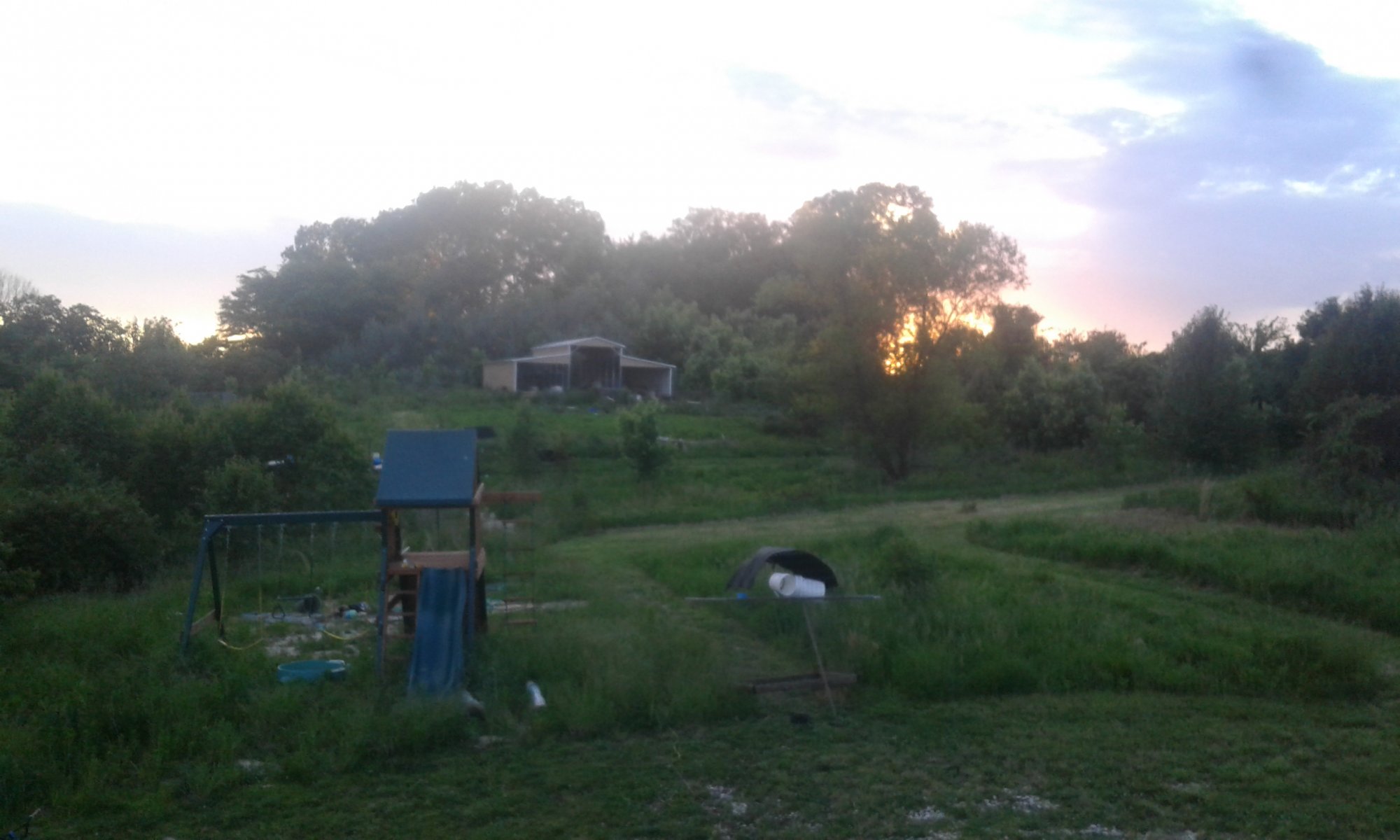 Both birds opted to roost on top of pen. That is a no go. At least they stay with pen.

Pairing was fun. Yesterday hen flew all the way to barn where she was promptly covered by a Missouri Dominique stag. Luckily I have to genetic markers to spot impropers.

As of yesterday pair bond / harem formation was not complete. Pullet would not solicit cock to cover her and she avoided him at times. Today she sticks with him. Both birds harassed by my daughter. The 3 year old kept saying "get out of my territory". They did not give her much respect.

Rooster got into major fight late yesterday. Luckily dog broke it up otherwise one or both could have been lost. No I have to clean this dude up for photographs. Damage to head and feet extensive. Mouthing my dog minimal but would not be rated as such is other damages not so bad. Dog sure does not like chickens fighting. I do not know why my dogs, especially male are so inclined to break up fights.

Quite the circus you have there, Jim!

I'm stumped and lost and I am seriously thinking about culling my whole flock. Please help.
3 4 5

Covering everything Rooster For the Newbies!
2