What the heck?? What would you call this striking color?

So I have this gorgeous cockerel named Topaz, and I've been trying to figure out what his coloring is called, but I can't seem to find anything that looks dead-on like him. I've found some that are very close, but no cigar. What do you guys think?

PS, the yellow hackle and saddle feathers grew in that color, it is NOT sun damage.

**EDIT** to add that I know his breed (he's a Mosaic), I am just curious which color he most closely resembles. 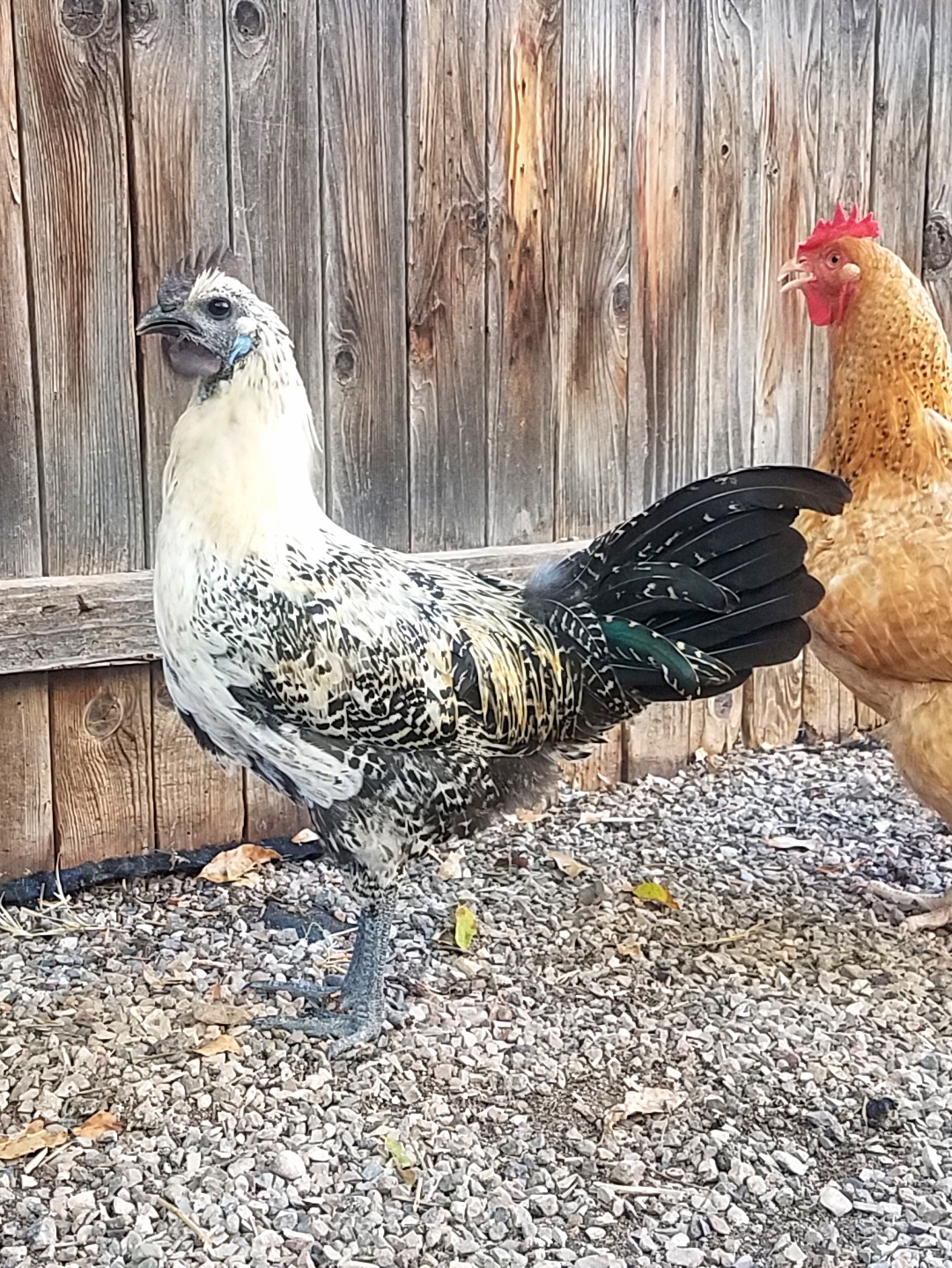 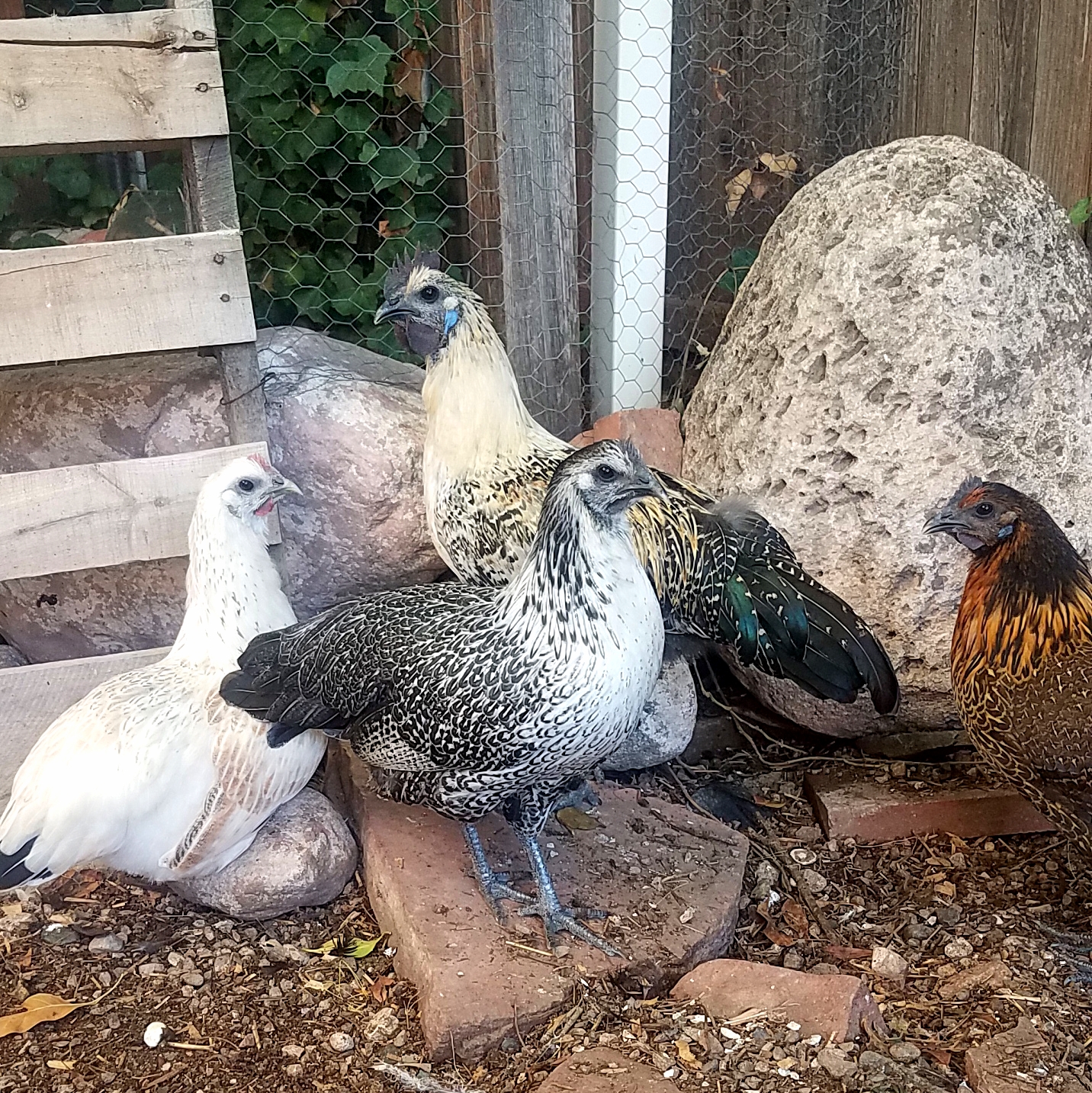 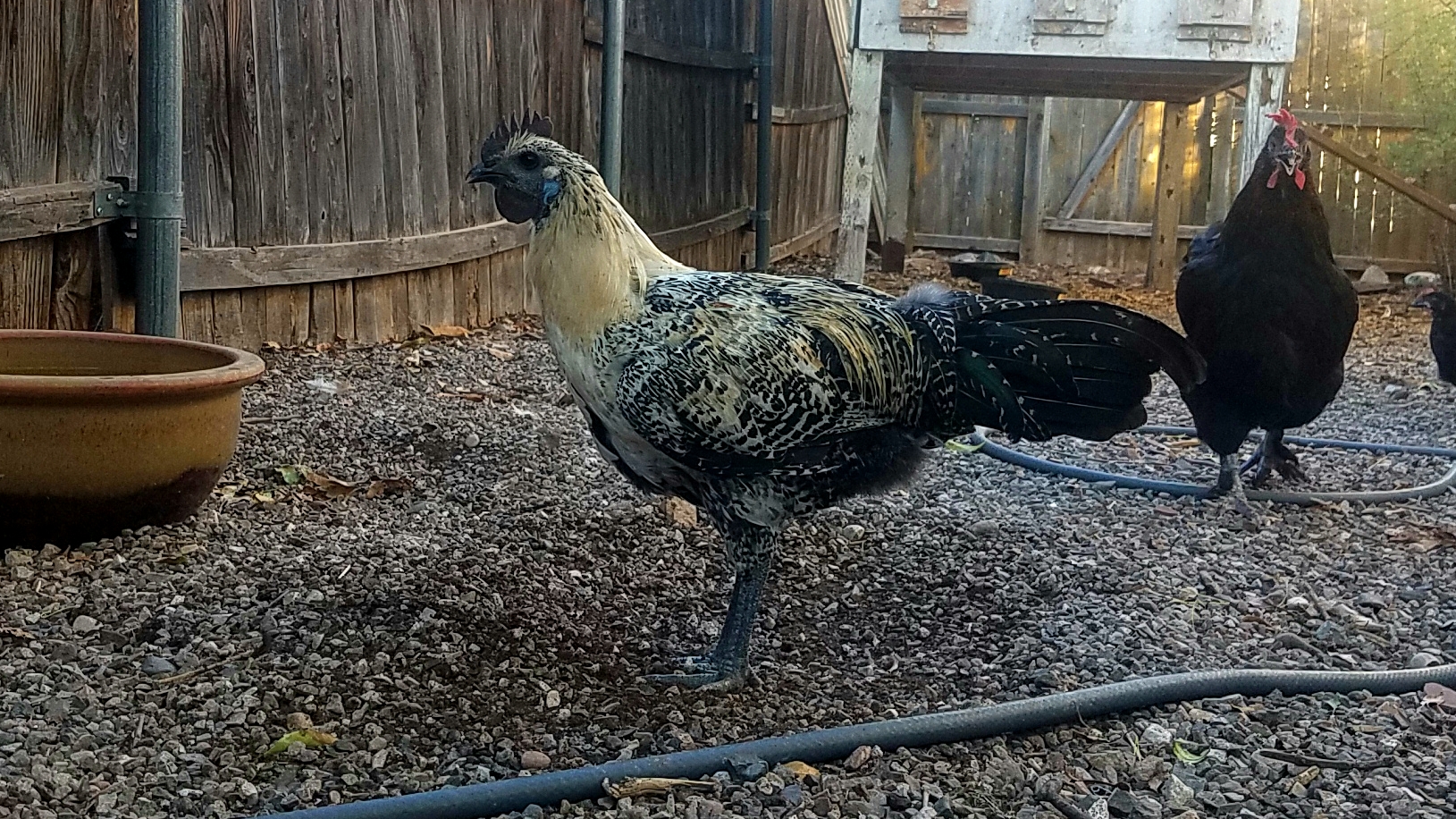 He looks kind of like a Hedemora. I'd say the color is more like Silver Campine color, but he is also a carrier of gold.

They could possibly be egyptian fayoumis maybe. I dont keep that breed but i have seen pics.

No idea. He sure is stunning, though.

The closest thing I've found is Silver Penciled Birchen. Looks very similar to my guy! Although, I'd probably call him lemon penciled birchen just because I can...lol

Good gravy that bird is gorgeous!

What color is my call duckling?

C
Sexing silkies & what do you call this color?
2

What color is this drake?