Which egg from which hen?

I currently have two barred rock hens and one cinnamon queen hen. They just started laying within the pas week - 10 days as it is warming up. . . I have been getting 2 eggs per day from the three hens, occasionally only one egg, never three eggs (yet).
When I was younger I had Rhode Island Reds and White Plymouth rocks, never had barred rocks or cinnamon queens before.
So anyhow, my question is which egg is coming from which hen? 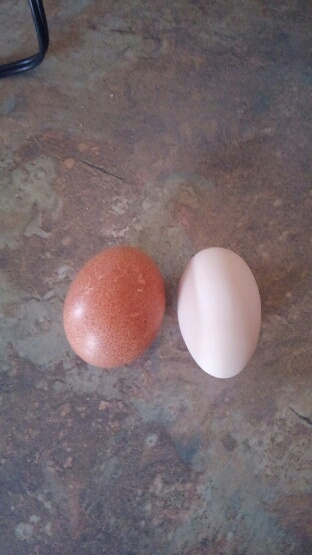 If all three hens would lay on the same day it would be easy because that third hen would lay an egg like one of these two . . . or if the two eggs I was getting every day were the same I would know they are the barred rocks eggs and the CQ wasn't laying. But as it is I don't know which egg is the CG and which egg is one of the BR . . . so any help you all can give would be appreciated.

That's what I suspected. Thanks for the confirmation!

When will they lay eggs?