Hi! I hope ya’ll aren’t tired of silkie genders yet haha. This is my first and only silkie, so I’m not super familiar with them other than what I’ve read here. I know that they’re difficult to sex & I likely won’t find out until crowing/egg laying. I don’t need to find out now, but I’m just curious as to what more experienced people think!
I’ve raised cockerels before and right off the bat I thought this one was a pullet... very timid, always stayed low to the ground, let its hatch-mate (cockrel) pick out food for it. It’s now 9/10 weeks old and I’m noticing some streamers? Which would indicate cockerel? Let me know what you think 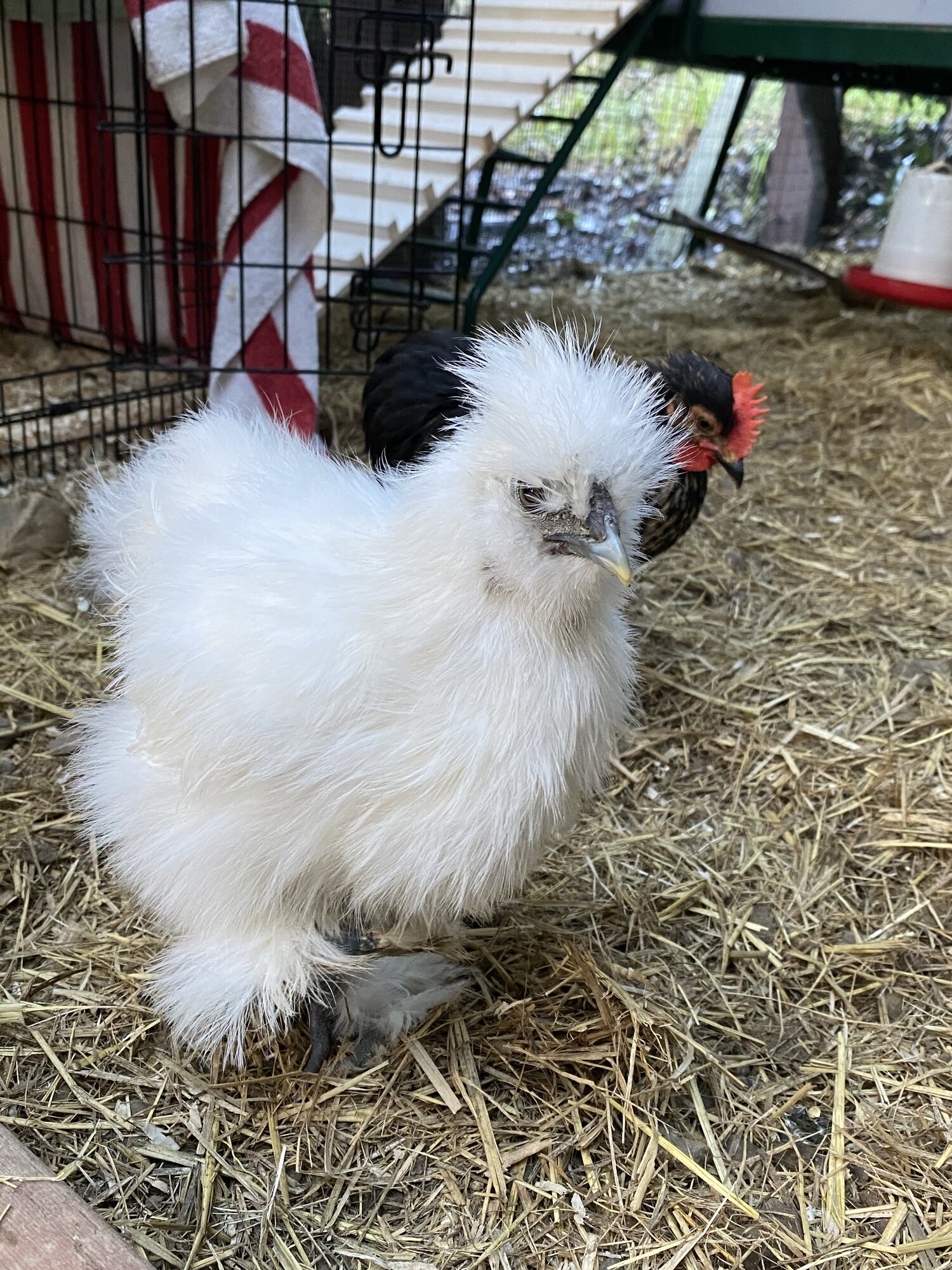 On the fence with this one. Not convinced those are streamers and the comb is fairly flat. You will need a bit more time. He/she is very cute!

Leaning cockerel but not sure.

I am going with pullet because no waddles and comb looks small?

I also think its a pullet I have a silkie rooster and the wattles would be a bit longer.

Leaning towards pullet, but not confident yet

I'm leaning towards pullet as well, but I'm not certain yet. Wait a few more weeks and then post some new pictures.

Thanks all for your input! I’ll definitely keep this updated with what he/she turns out to be (fingers crossed for pullet!)