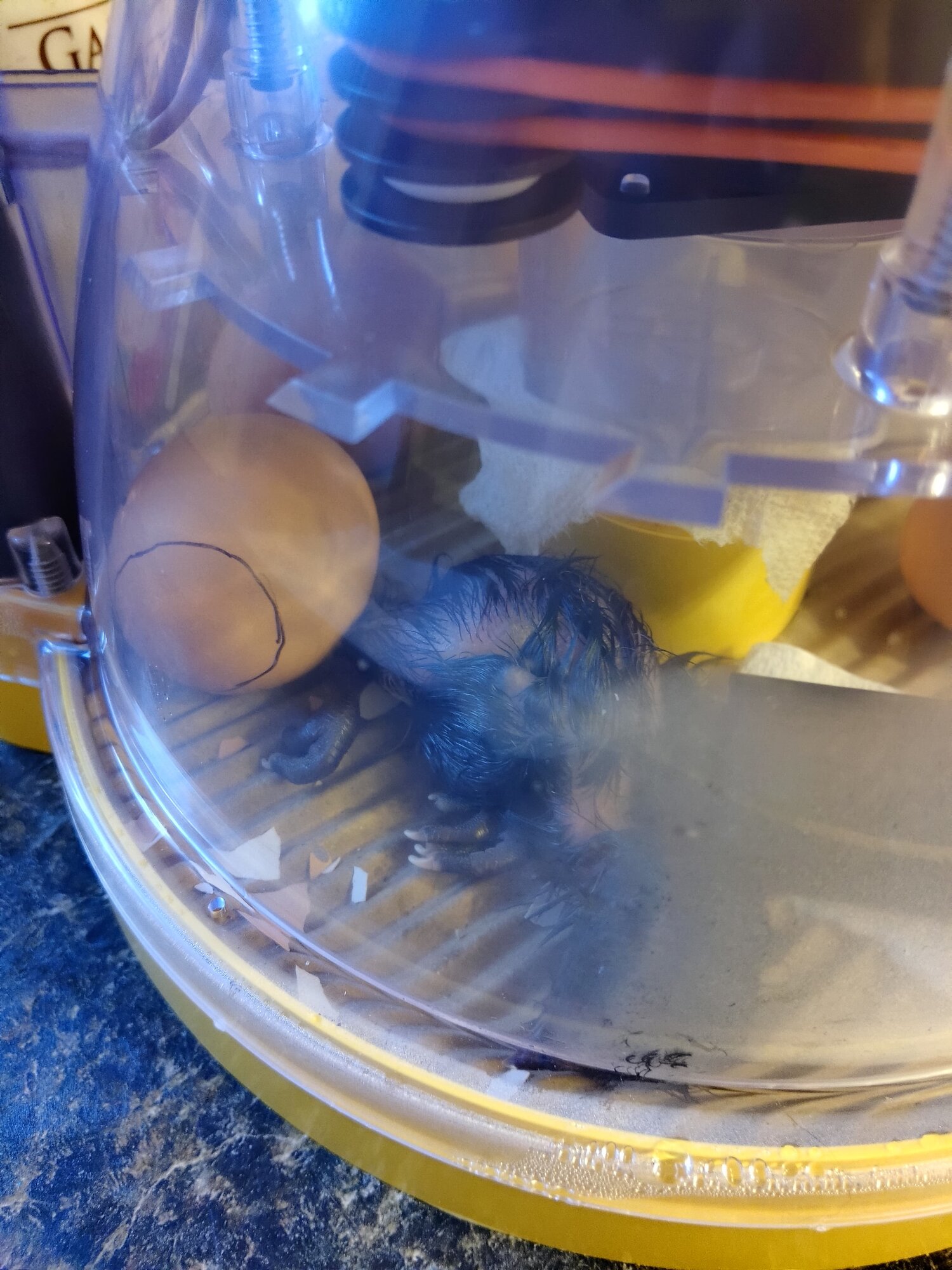 So I got an incubator for Christmas. At first I never really wanted one, and decided to let mother nature do her own thing at her own pace. I've always let broody hens sit the eggs and do the work for me - I've always just personally felt it's better for the chicks to get that chicken knowledge from their momma on what to do, and not do, in the yard.

WELL. That sure changed when I saw that Brinsea had a teeny little incubator, saw its features, and thought, "WELP. I want it." A friend went halfsies on the price as a Christmas gift (it's on sale at Chewy.com for only $114+ shipping instead of nearly $300USD) and lo and behold.

(as a fair warning, my allergies were/are nuts and I sniffled a lot in the recording... and I also cursed a fair bit MY APOLOGIES Y'ALL. This was originally recorded for a few of my friends.

I tested it first and decided to put some eggs in it, just to really get a feel for the incubator and honestly just to learn. I've read up on incubating eggs, what you should do after they've hatched, all that jazz, but hands-on learning is much more important to me and I definitely learned a lot.

I think the 30-40% worked out great until it got closer to hatch day, then I should have steadily raised the humidity until it reached about 75%, despite my Brinsea being a tiny dome (it only holds 7 eggs in the egg turner). I figured with a smaller space and baby chicks hatching, surely they'd raise the humidity up themselves.


I was /wrong/. I also learned that, despite the water reservoir inside being full, it was best to have a wet surface instead of deep water, as a surface creates more humidity inside your incubator. Having a wet sponge or a few wet paper towels can make the world of difference in terms of your humidity levels! I only had to add a small strip of wet paper towel to my incubator to get the humidity levels to rise up to 78%!

I learned to trust your gut, too. I found myself checking the incubator a lot (hatch day jitters are REAL) and noticed a setting was still on during hatching days. Brinsea has a little feature with the incubator where it automatically cools the incubator down before causing the temperature to rise again, imitating a mother hen leaving the nest for a few minutes. The manual says it's seen to be beneficial for the eggs from day 12 to day 19, but there's no auto feature for it to shut it off. I was not aware of this and saw the temps dropping dramatically while I had babies attempting to hatch, and I turned that off REAL quick.


Pardon the kissy noises, and the kitten noises in the background! He was very jealous I was talking to something that wasn't him.

Another thing was that when candling the eggs towards hatch day, there were two eggs I started to fret over. Two of them looked like the air bubble inside had grown a LOT very quickly, and my gut just told me to really keep an eye on them when it was time to hatch. I'm VERY relieved I checked the eggs as much as I did, as those two eggs seemed to have shrink-wrapped up the chick inside. The membranes got hard and leathery (another reason to make sure your humidity is high enough!) and were very tight on the chicks inside. I had to assist those two in the hatch by slowly and steadily peeling some of that tight membrane away.

Assisted hatchings are hard and I was genuinely very scared I would lose those babies if I didn't intervene. I let nature do the work until I saw how weak the babies were getting, and only then did I step in enough before letting them do the rest.

I'm probably not going to hatch anymore for a little while, at least until spring, but now I've got knowledge and a much better understanding of the incubator and my hatching/house environment.

There's six (6) little babies waiting for me and despite my mistakes, I'm so, so glad all six of my eggs hatched and the babies seem strong! 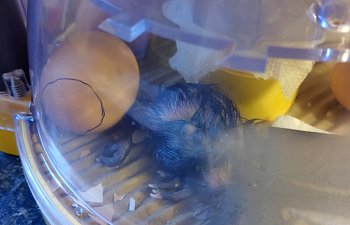 And now, five (5) babies, nearly one month later! I lost one, unfortunately, but the rest are doing great! 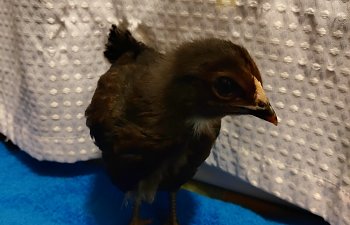 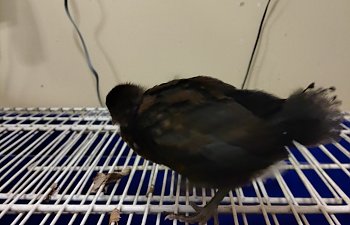 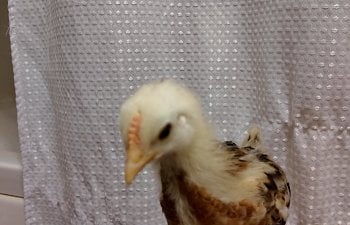 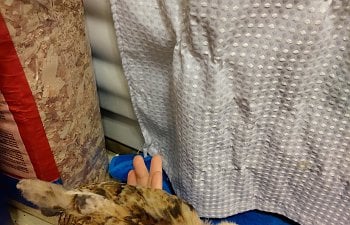 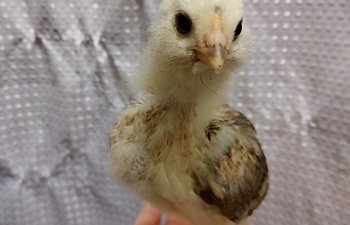 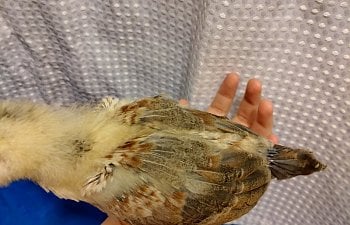 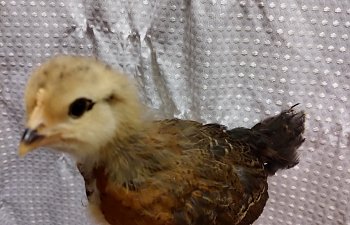 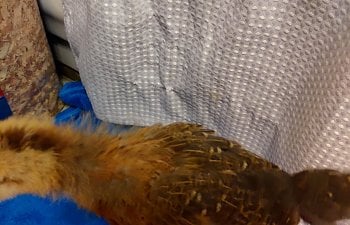 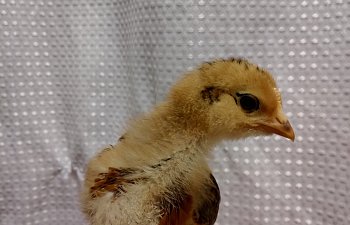 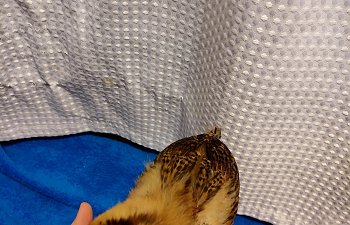 I've never hatched with an incubator myself, so I found the information in this article very helpful. Would love for you to add some pictures to your descriptions on the process.
Reactions: Fallenone05

Fallenone05
Hello! Thank you very much for your review! I added some videos and some pictures to the article. I hope that helps!
What a great narrative! Easy to read and very informative. Some pictures would really liven it up.
Reactions: Fallenone05

Fallenone05
Hello! Thank you very much for your review! :) I added a few videos and some images. I hope that helps!
Nice review of using a brinsea mini to hatch chicks
Reactions: Fallenone05
Read more…

Congratulations on your new little ones!
Congrats on your new 6. I have used my incubator with egg turner to hatch my guineas when they had eggs. Unfortunately I ran out of females after the interference of a human predator so I haven’t hatched for ages. But hopefully, in the spring, I’ll have some new Guineas. And hopefully after that, I’ll be able to enjoy the incubator again. Success with your chicks.
I really love you’re article. But iI find it difficult rate it. Because I always let my hens do the job. And
don’t have any experience with an incubator.

Two questions:
And of course congrats with you’re chicks.

BDutch said:
I really love you’re article. But iI find it difficult rate it. Because I always let my hens do the job. And
don’t have any experience with an incubator.

Two questions:
And of course congrats with you’re chicks.

Tbh I always let my hens do it in the past, but something about incubators is very addictive! Especially when you can view them emerging through their eggs. It's very satisfying and my heart grew three sizes the day they hatched.

1. I hadn't considered adding the incubator type to the title, but I sure will!

2. I used a regular Sharpie. The eggshells generally keep bacteria and other things away from the embryo, so I wasn't too worried about it. If your eggshells aren't porous, there shouldn't be a problem. I see people bleaching their eggs before hatching them and it's not harmed their hatch rates yet.
You must log in or register to reply here.