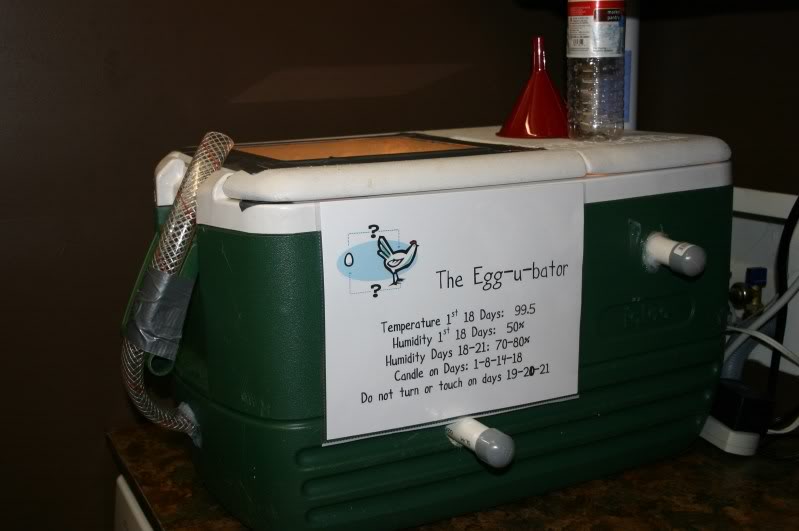 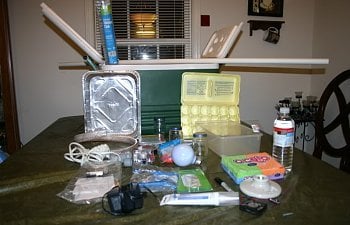 1. Gathered materials. Had some items at home. Spent $71.26 at Lowes Hardware on remaining materials.
2. Drilled four holes – two for ventilation and two for turning rod.
3. Cut cooler lid and installed glass
4. Placed pan in bottom of cooler and put four sponges in pan.
5. Cut and formed mesh wire and inserted it into cooler.
6. Cut bottom out of wooden box and attached mesh wire to bottom.
7. Inserted rod and wooden box through holes in cooler.
8. Glued two pvc pipes with caps into holes for air flow.
9. Installed light fixture with bulb.
10. Installed pc fan.
11. Installed thermostat.
12. Filled two baby food jars with water and put them in incubator.
13. Added water to pan and plugged in incubator.
14. Monitored temperature and humidity to make sure everything worked.
15. Went to a farm and picked up eggs.
16. Weighed and candled eggs, numbered eggs one to twelve and labeled sides x and o.
17. Put eggs in incubator on March 18, which started day zero.
18. On days one through seventeen I checked temperature, humidity and turned three times a day: in the morning before school, in the afternoon after school, & at night before bed.
19. On day eight, fourteen, and eighteen, I candled and weighed the eggs and documented and took out any eggs that were not developing.​
Outside of incubator... 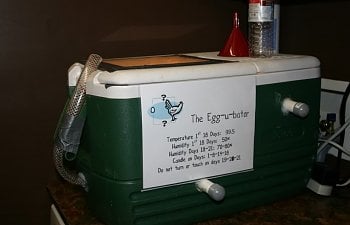 Hose for adding water without having to open incubator... 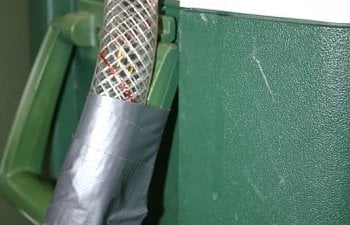 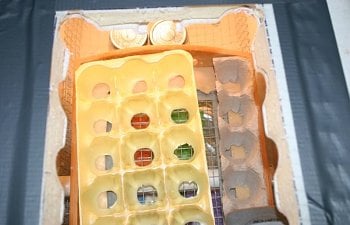 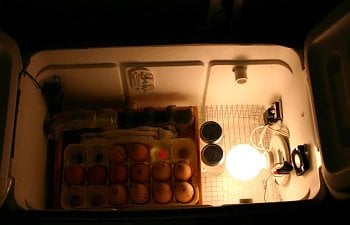 Chicks numbered and marked and ready to go in. There are 3 RIR and 9 Dominique... 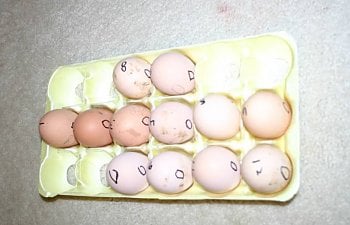 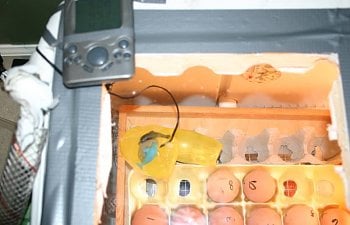 The elusive "water wiggler" toy (finding this might have been the hardest part of this project)... 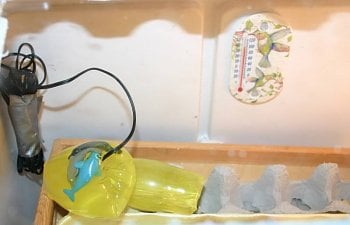 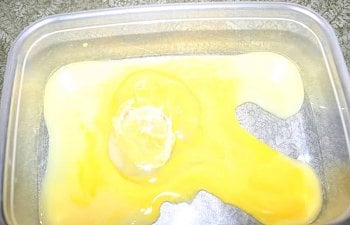 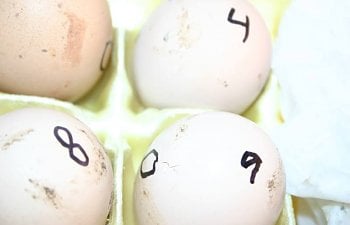 Eight hours later, it finally popped out of the top... 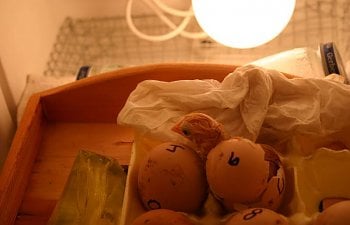 Checking out the new, bigger digs... 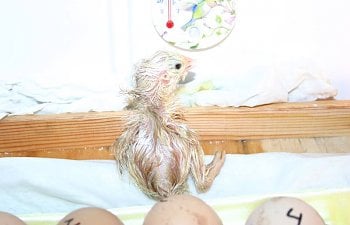 There is a video of the chick coming out of the shell here...
​
We turned the eggs three times a day. Our temp dropped as low as 98.2 and went as high as 105 for a brief time. Average temp was in the 99-100 range. Humidity stayed in the high 30's during the entire time. The highest we were able to get it was 41%, even in these last days of hatching.

Nice read with good lists.
I too would have loved to see pictures of the build and more detail on the water wiggler.
I wish I could have seem more photos of the build. But awesome job hatching the little ones out.
Read more…