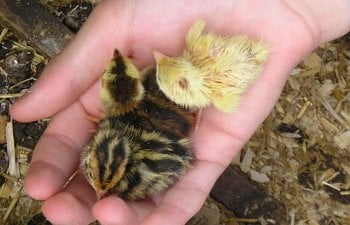 Yesterday 15 quail hatched! And I got 5 pips in the incubator . Unfortunately 2 quail died, so I had 13. By the next morning, today, I had 5 little babies in the incubator! I went down to the hens where the other 13 had hatched and 3 were cold, but breathing. So, I took all the babies from the hen and took them inside. 2 made it but 1 died . At this point I have 17!!! I could also have a maximum of 13 extra! I also put an egg under the pekin, so she could have a chick (chicken chick) to look after because all her other chicks were taken away this morning. I'll update this page with a picture of the quail hut we completed at the weekend.
The run: 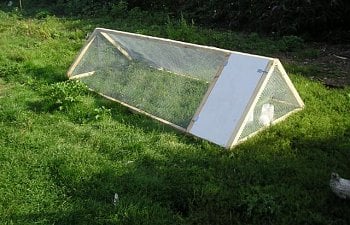 The house:
Will be added when i get a picture

Some videos- Sorry no sound, bad picture quaility and its overal quite bad
http://s581.photobucket.com/albums/ss255/eggsrcool/?action=view¤t=Coturnix3.flv
http://s581.photobucket.com/albums/ss255/eggsrcool/?action=view¤t=Coturnix4.flv
[FONT=arial black,avant garde]2 week update:[/FONT]
They have grown... lots! I used to be able to hold 3 in my hand, now I can hold one, and I still struggle to keep hold of it. We are now at 22, all of which are happy and healthy. We had to cull 1 because it had curly toe paralysis and splayed leg. 4 have died so far, and no more hopefully will die. Here is a quick pic of them: 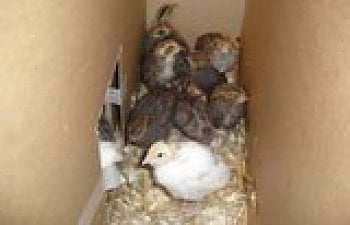 Their brooder is made up of 3 boxes, 2 big ones and 1 smaller one allowing them space to move around. They have also learnt how to fly! Some of them can fly higher than the box, so we have put wire over the top to stop them.