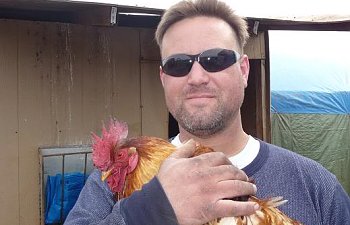 I have worked for the County for 18 years. I am currently a Senior Social Worker with Children's Services. I have been with Children's Services for 9 years. We play as hard as we work. One of our favorite things to do is go 4x4ing in our trucks - I have a Chevy s-10 Blazer, Frankie has a Chevy S-10 truck - we like to go straight into the eye of the storm - life isnt boring unless you let it be! But I have not been feeling well for a while and I am starting to have a hard time keeping up - I am wanting answers that are hard to get....so far the best they can give me is Fibromyalgia/Chronic Daily Migraines. So Far the treatment has me stabilized, and my memory is getting better! I was losing my cognitive abilities due to the side effects of a medication called "Topamax" which I still take, but in a much lower dose. I am starting to be myself again! 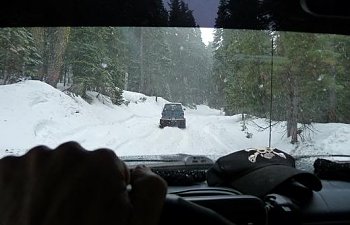 My oldest son Jeremy works at a local TV station as a Director for the Morning and Afternoon News. He started his job right out of High school 8 years ago. He spends his free time on the computer. Jeremy was recently diagnosed with Sarcoidosis, COPD, and he has Asthma. But he is not "sick" at this time, and we want him to stay healthy! 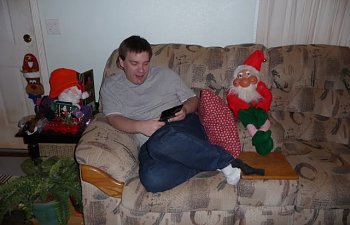 We met our son James at a foster home when the family he was placed with asked that he be moved, and the agency he was placed with sought another family. His little brother Paul, who had severe special needs, was not going to be leaving at that time. The plan was to separate the two boys due to a history of aggression between the two, more specifically on Jame's part. James was considered high maintenance and mild special needs due to possible ADHD, which was not an issue for us. After James was placed in our care, he began to disclose some very serious physical abuse and had odd concepts about food as it was frequently withheld for long periods from the children as a form of punishment. James was very underweight when we got him. As to the aggression reported by the foster family, we told the agency they gave us the wrong kid. James was not aggressive in the least! He does still enjoy unauthorized midnight snacks - he once ate an entire box of 36 Granola bars. Ewww! 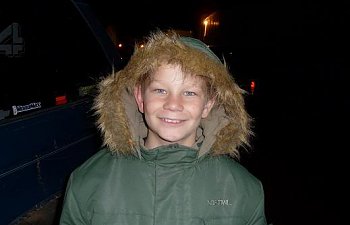 Five months after James became a part of our family, we were contacted to ask if we would consider taking Paul, who was more involved as far as Special Needs. Frankie and I were not in agreement initially, but James was the tie-breaker. Paul became a part of our family one day when we had brought him to our home for a weekend visit, and when we went to return him to the foster mother on Sunday, she had emptied her home of her belongings, they were in a moving truck in front of her house, and she said she couldnt take him back. The sale of her house had finalized and she was leaving sooner than later and werent we going to adopt Paul?? We had to call Social Services on Monday morning and tell them where he was and find out what they wanted to do. We werent actually asked to take placement of him yet, we were just "visiting". So we adopted him too! 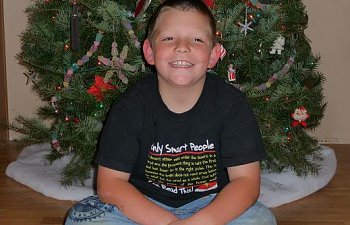 Our son Charles is 18 years old now and graduated from High School in June 2009. He was in a huge hurry to be grown up...and against my better judgement he just HAD to move to town to stay with friends so he could get to his summer job on time, and be near his girlfriend. I will always worry about his choices, but he continues to amaze me with his progress, so I know theres hope! When I found him, he was 14, about to turn 15, living in Group home care. There were 4 siblings (Charles, Carl, our James, and our Paul) that had been separated years before while in Foster Care. Charles was the oldest and had the most issues, I guess. I had met him once several years before, but was given the impression that he had a permanent connection with his other brother and possibly would be adopted. Instead, for the most part, he had been abandoned. Charles is the biological brother of James and Paul, and I wondered what had happened to him, so I asked Social Services in their County. When they told me, I asked if he could visit the boys, and it turned out, even though they are from a different county, he was placed in the same town we live in! Long story short, He's a Keeper! We finalized his adoption on October 6, 2007. 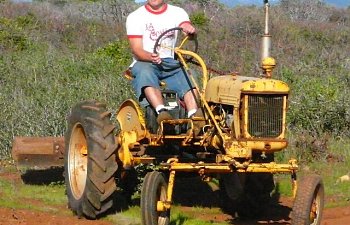 James and Paul working in the yard on Trash Day! They still have the P.J.'s on! 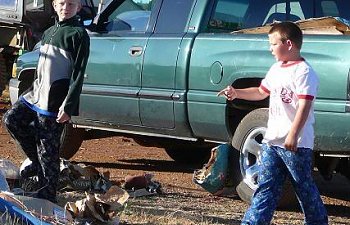 Our Home:
We live between Chico and Forest Ranch. In summer 2008 we had the threat of a fire. We were the lucky ones in our area. This is a shot of a firefighting dc10 descending to make a drop right below our neighbors home. This is taken from my car, in my driveway, before the sheriff came to ask us to leave for the night. They had lost control of the Humboldt Fire again. 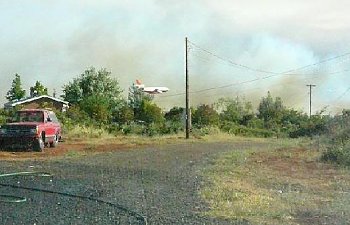 This is a pic looking towards Paradise, California from my front steps (front because I had my manufactured home installed facing the back of my property on purpose) 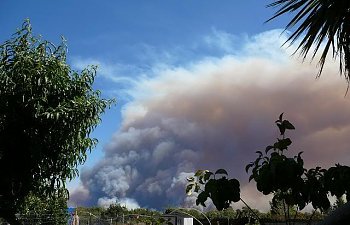