Background: I ordered a dozen Turkens (straight run) with the expectation of culling the males. To increase the odds of having enough hens in the end, I also bought 2 Barred Rock pullets and 2 Wyandotte pullets. All were Tractor Supply (and therefore from Hoover's Hatchery), the Turkens by mail and the BRs and Wyans in-store. They are all about 16 weeks now - although the BRs are about a week older than all the others according to the store staff when I bought them.

The one I'm trying to figure out is one of the BRs. For clarity, I'll call them A and B. A is noticeably (though not terribly) larger than B and has always been the dominant one in the flock, but that may be partly due to age and size. A generally stands guard while the others eat (at least initially) and... is the only one crowing so far. I've had a few hens crow on occasion in the past, but A is pretty serious about it. It may be because there is a rooster in our neighbors' yard (they sometimes holler back and forth).

Other than size and demeanor, though, I can't see much difference between them. Both have similar rose combs (so I suspect they're not pure BRs because they should have single combs). Coloring is the same on both. Hackles look pretty similar. The most (non-vocal) difference is the tail. A's is longer and arches, B's is shorter and more upright.

The pic of the BRs on Hoover's site shows them to be darker than mine and with a single comb, so I think they're probably from a lighter strain than those in the website pic.

The first several are A with B in the background on one: 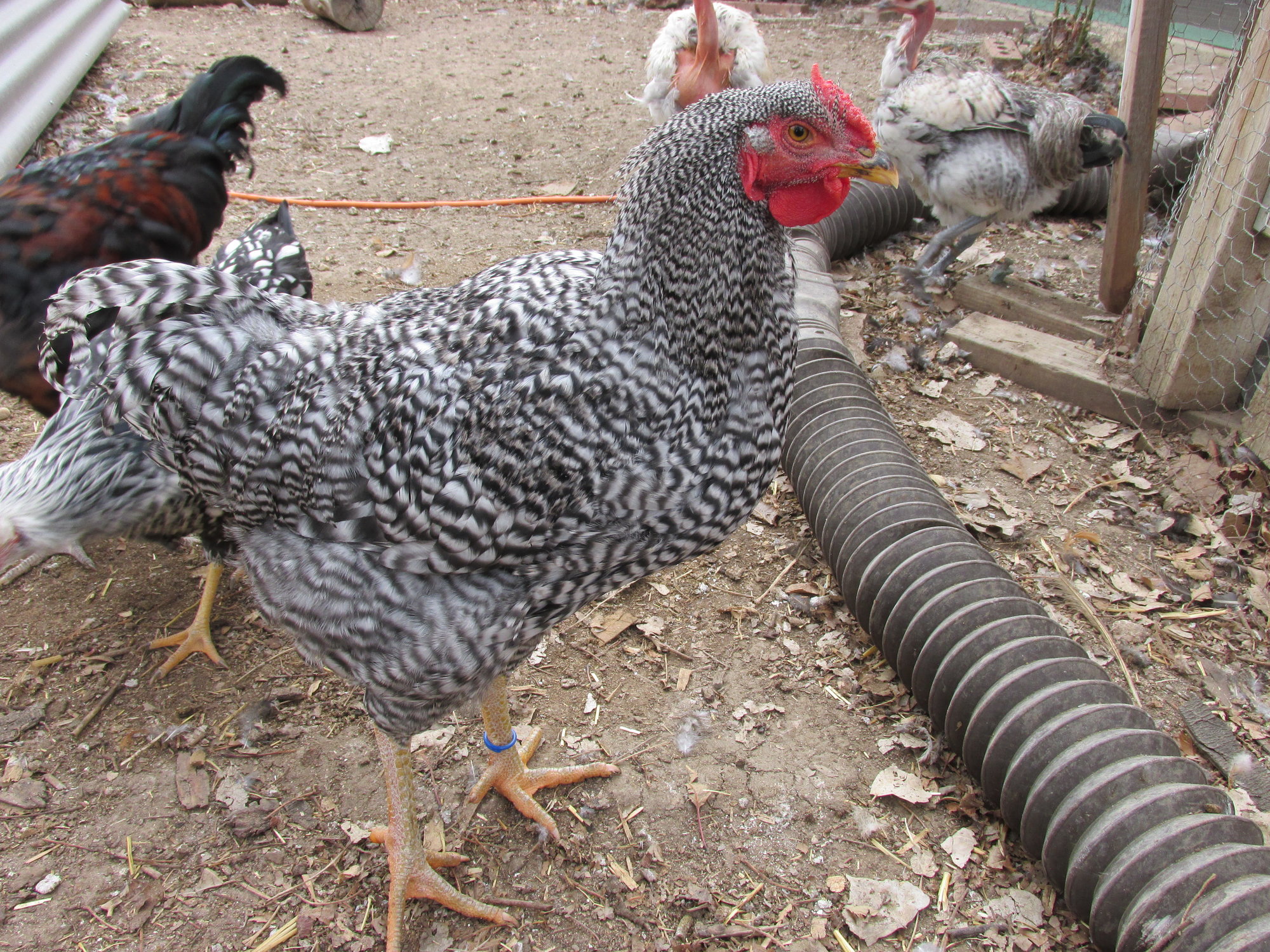 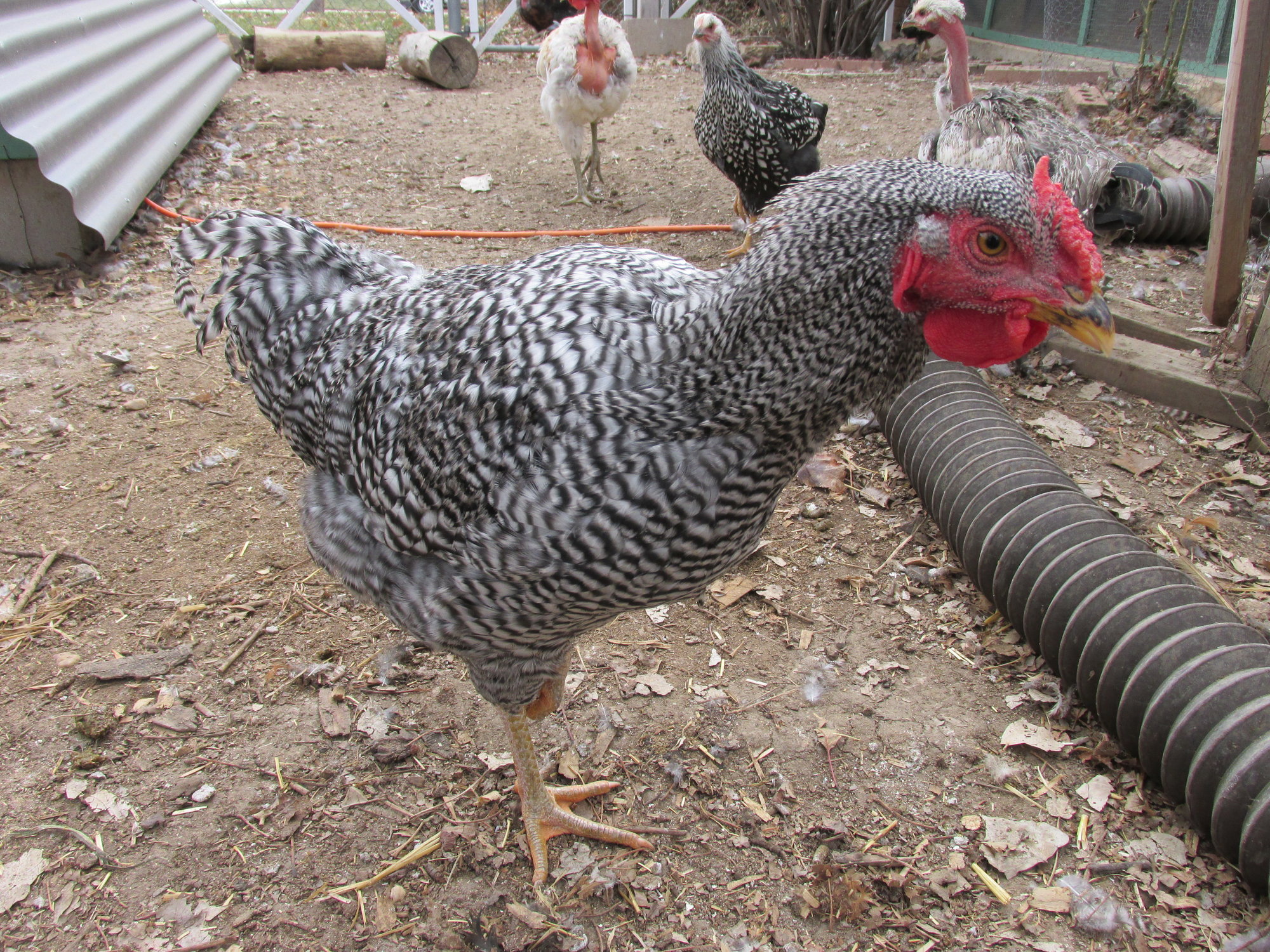 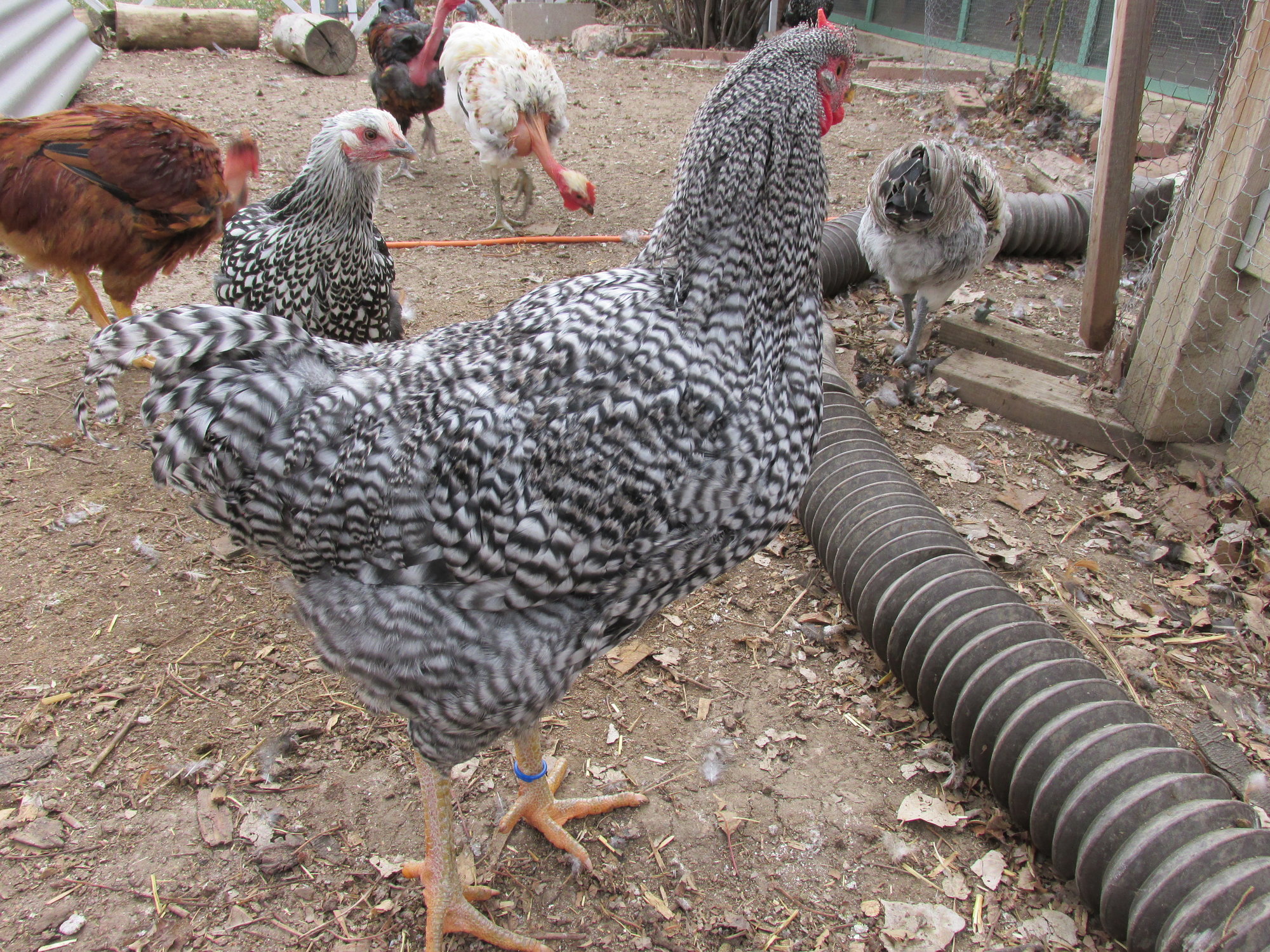 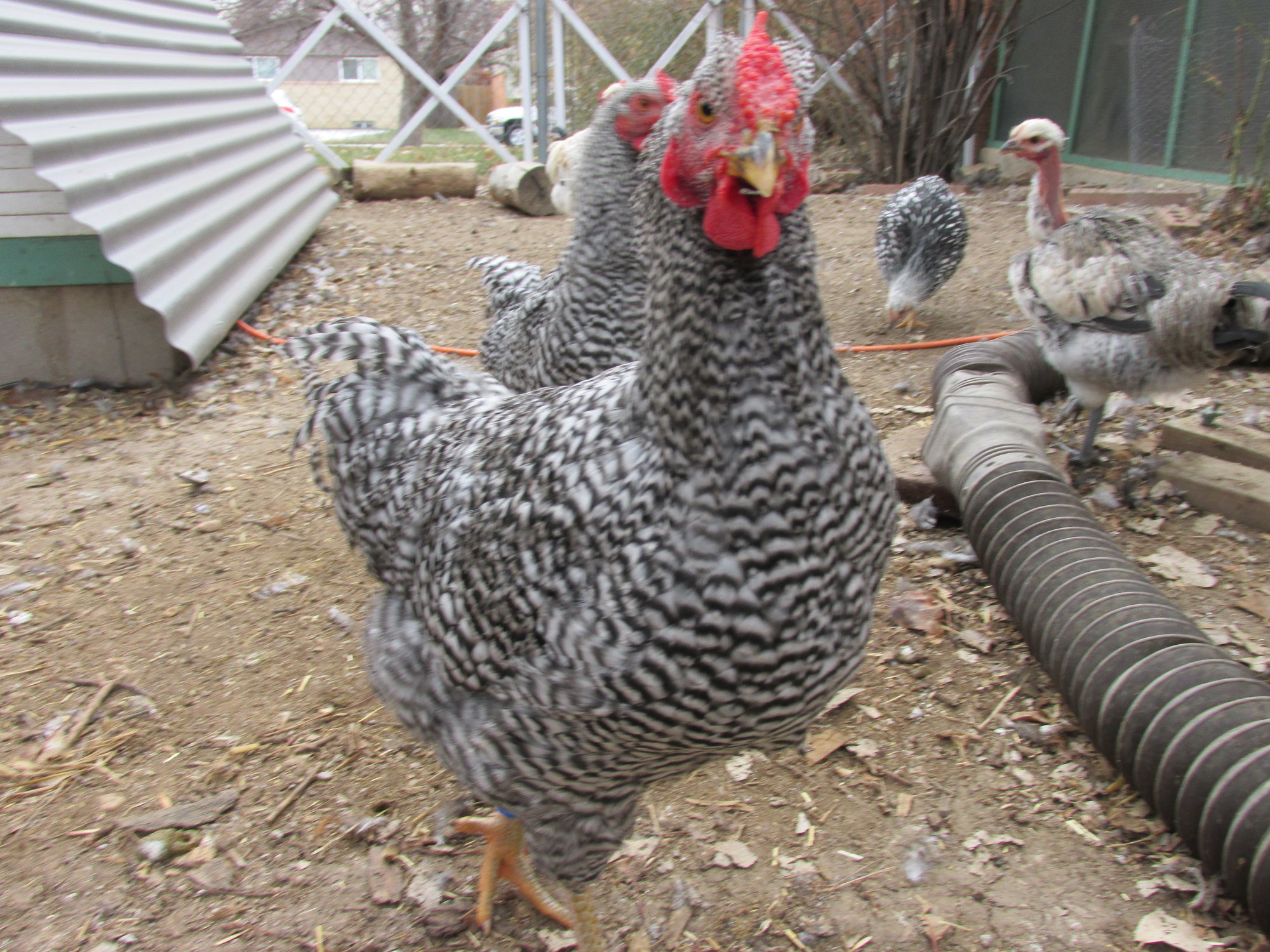 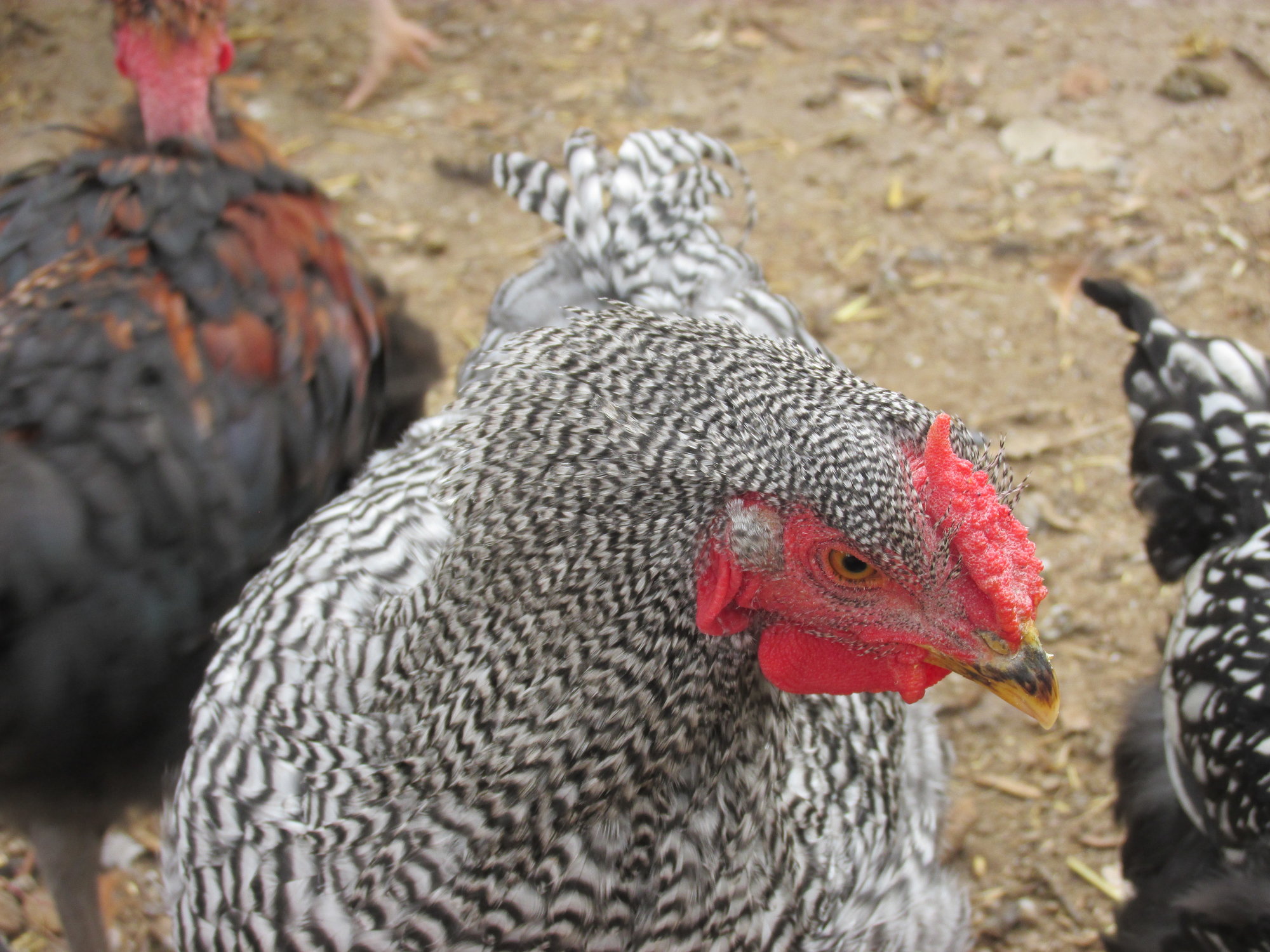 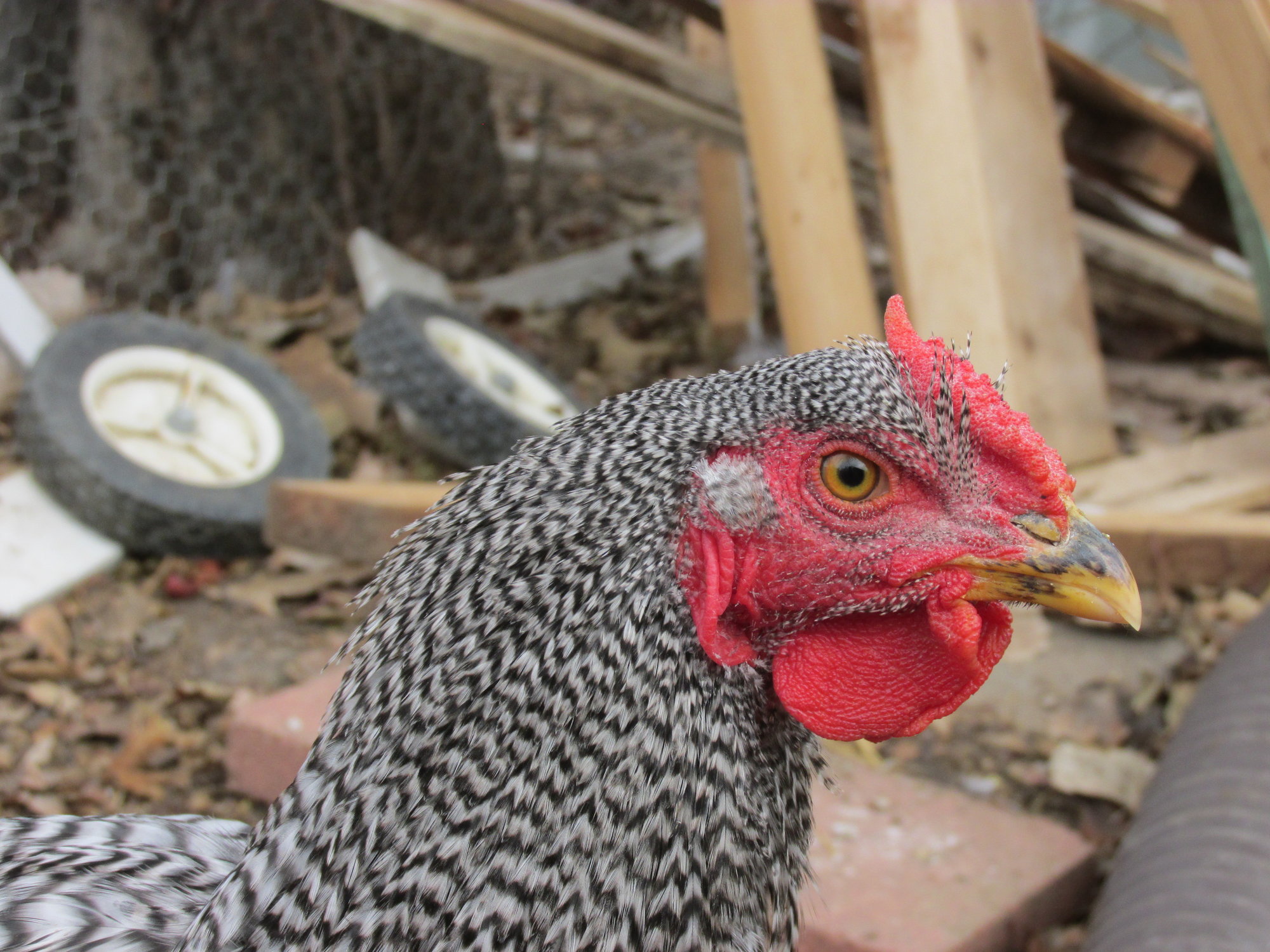 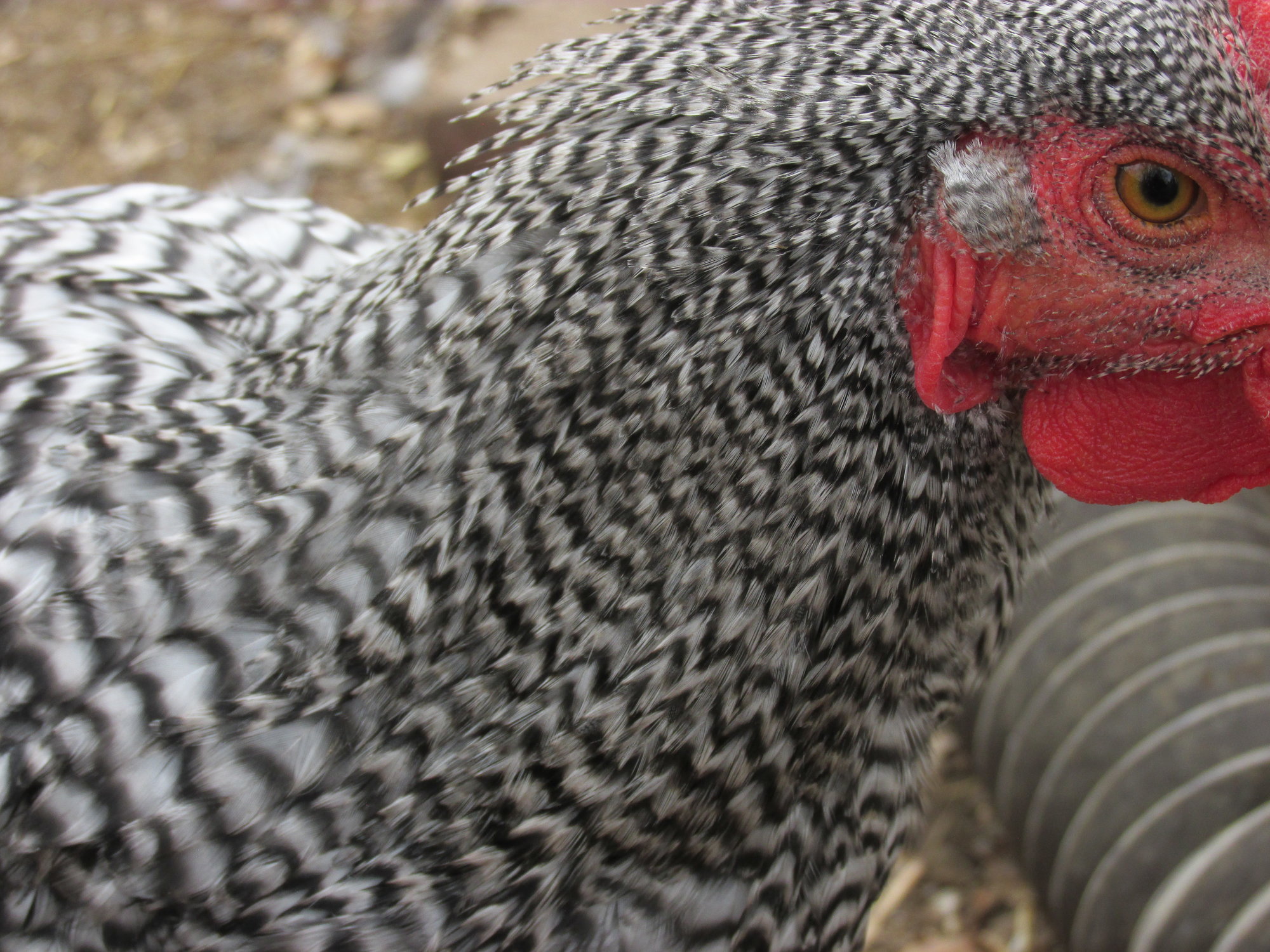 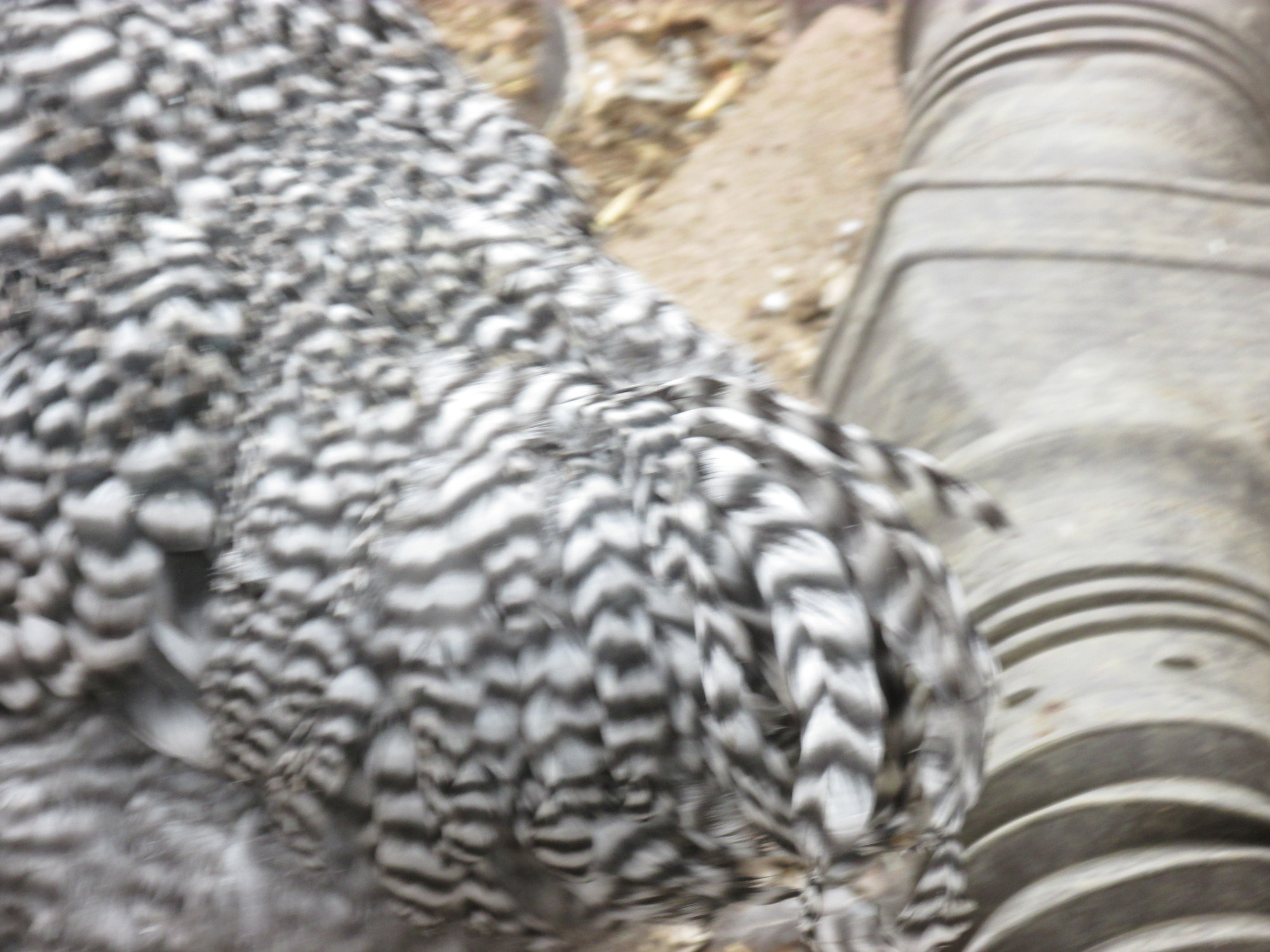 A's tail with B in the background: 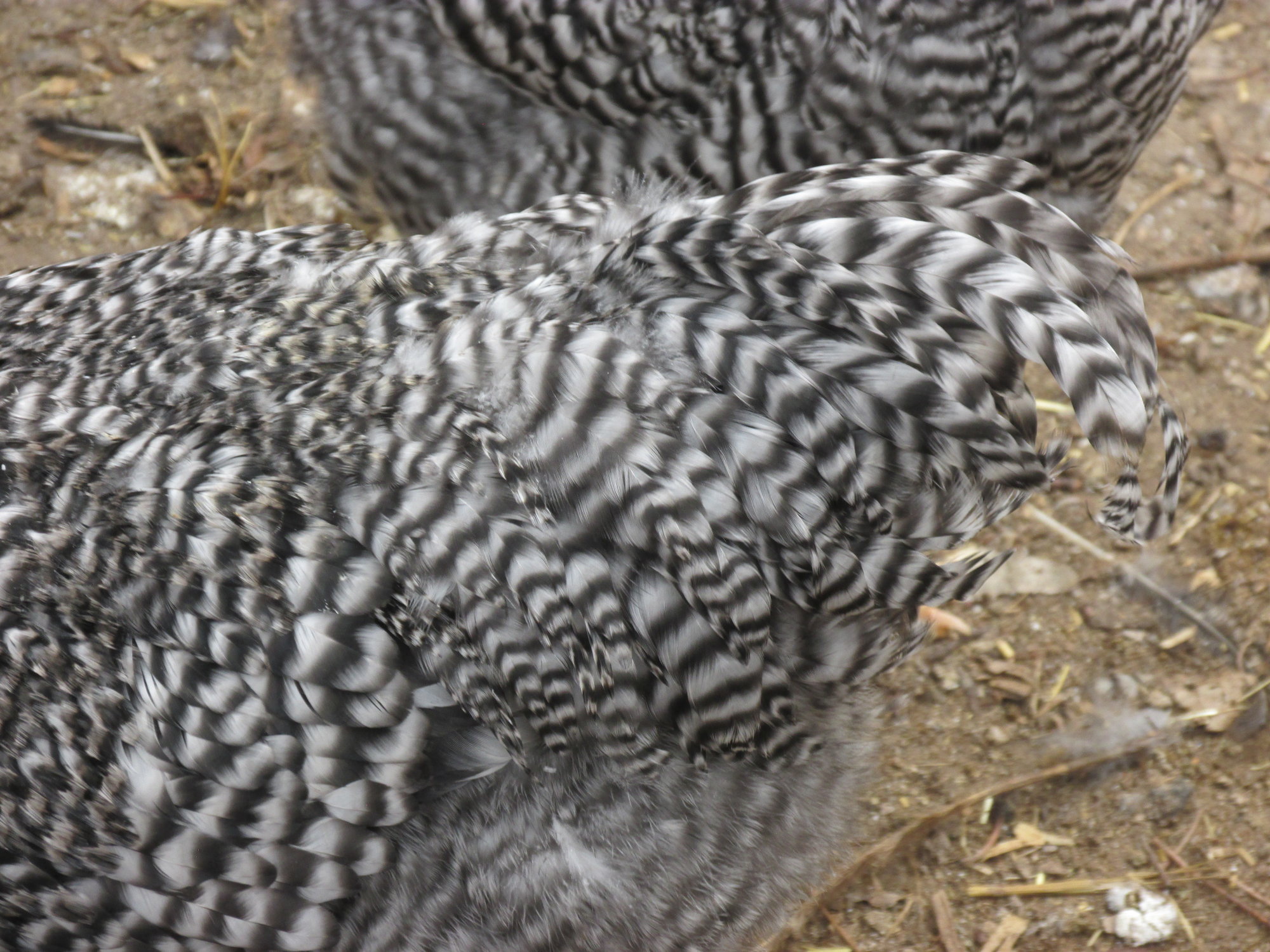 The rest are B: 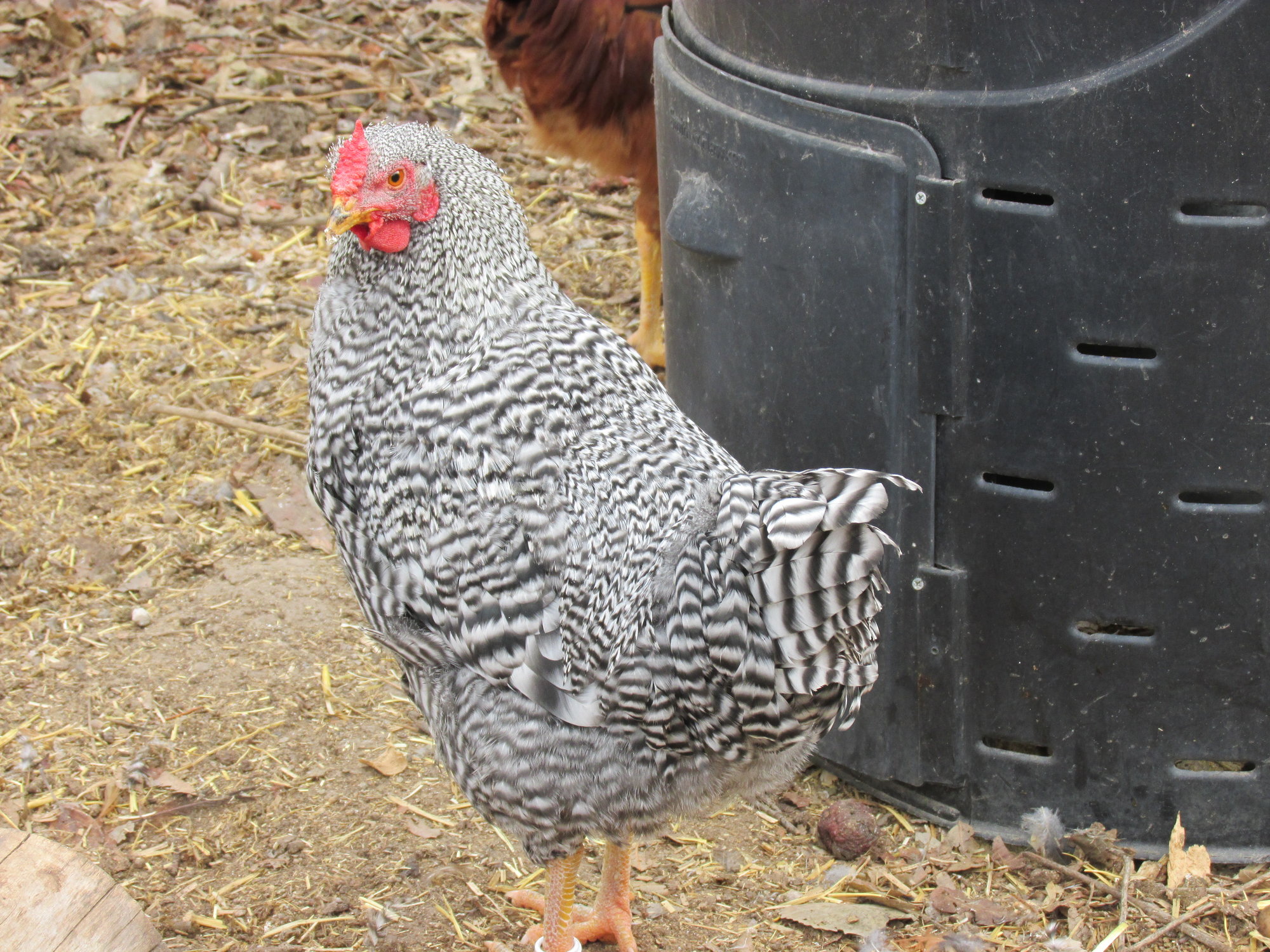 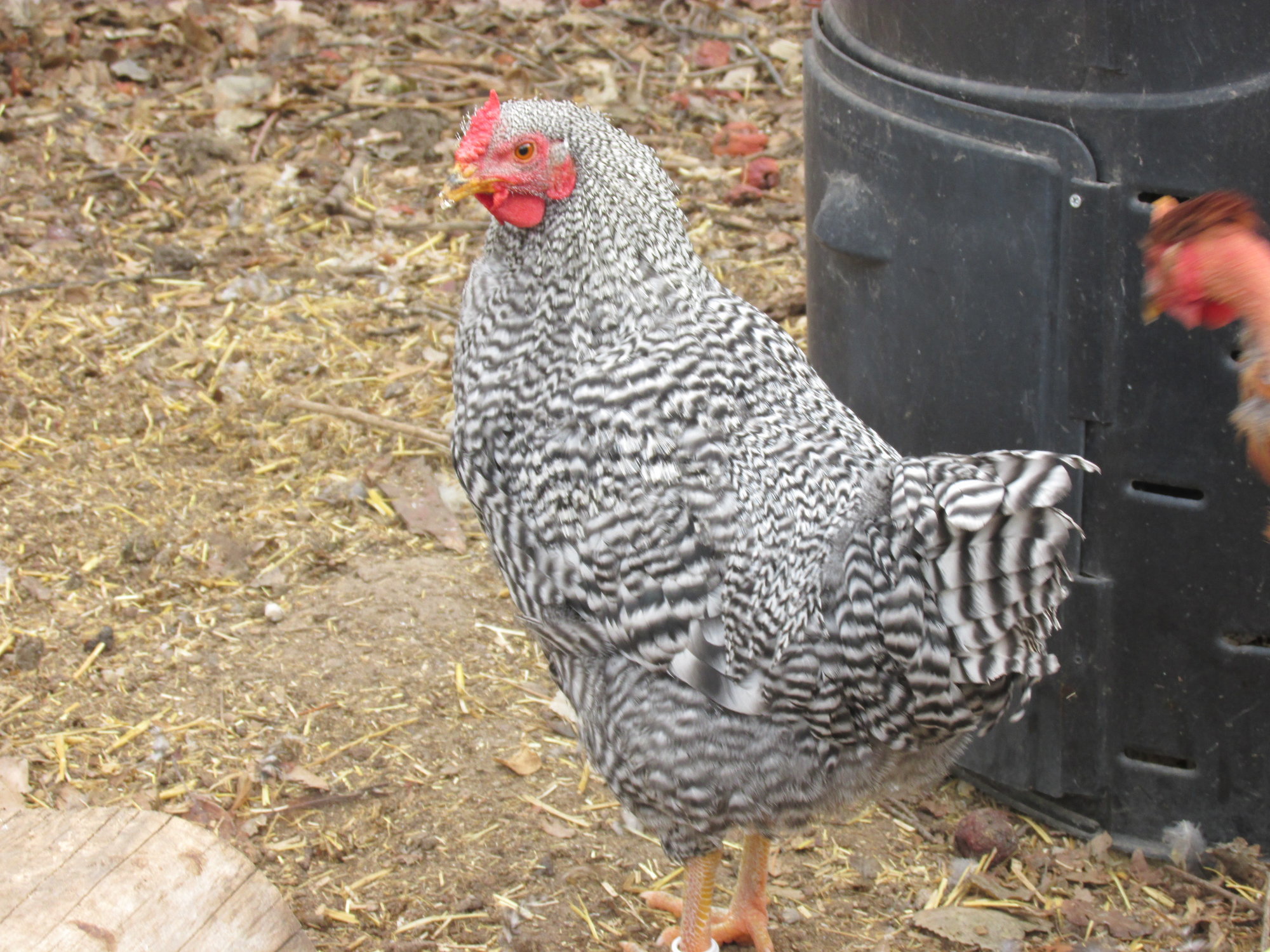 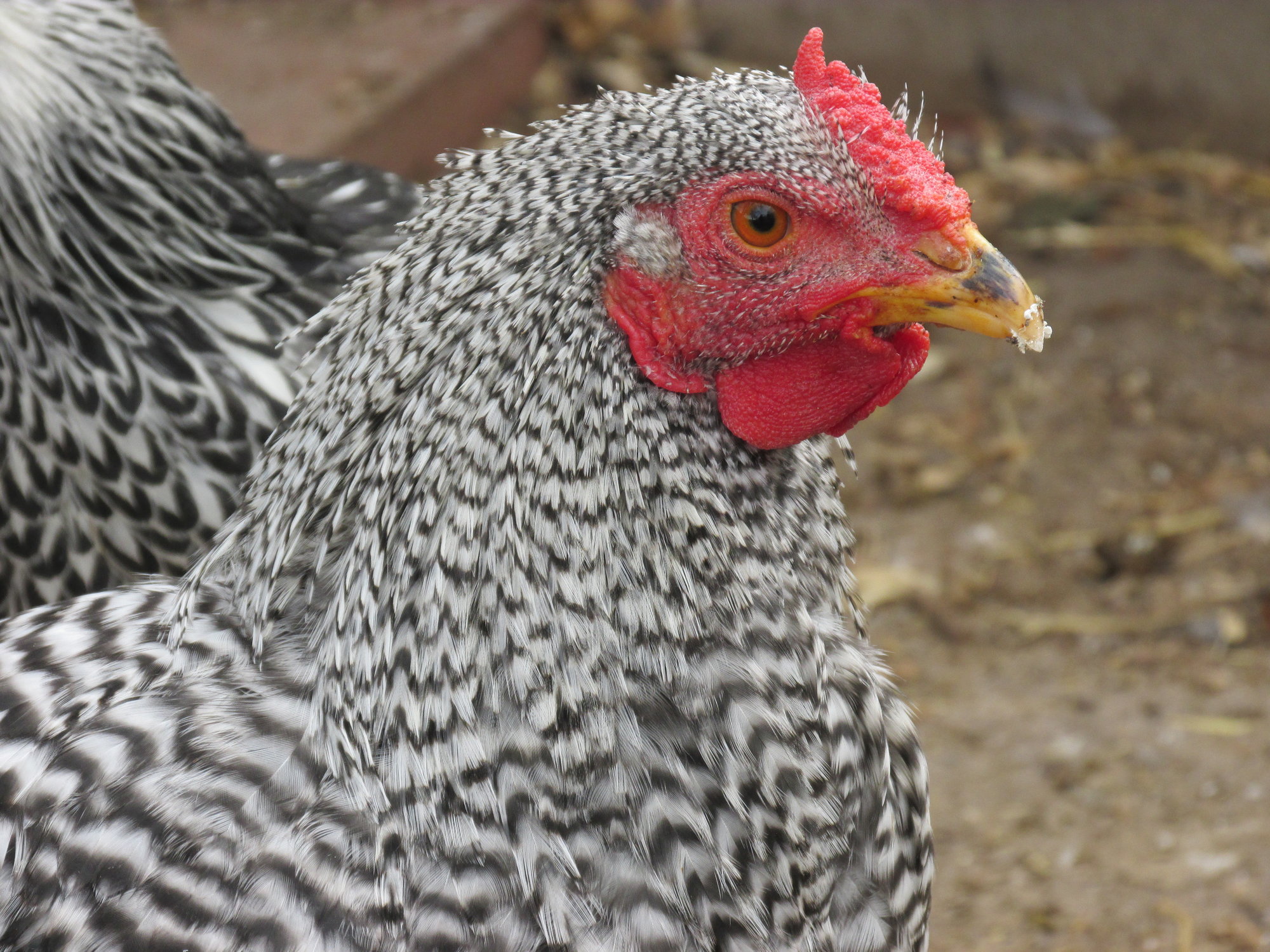 Well, these are both cockerels. They are also dominiques, not barred rocks.
I

They both are roosters and neither are Barred Rocks. They're Dominiques.

Those are both cockerels.

They are also Dominique not Barred Plymouth Rocks.

How old are they? They look fairly young yet. Dominique are fairly slow to mature.

Both are male dominiques.
Dominiques are a different breed of chicken that is basically a BR with a rose comb.

I've never understood how hatcheries can so drastically mess up sexing AUTO SEXING breeds. They literally hatch different colors. Not that hard.
I've been better than the HATCHERIES at selecting pullets from bins of autosexing chickens.

I agree with the rest. 100% Dominique cockerels.

Cyprus said:
Both are male dominiques.
Dominiques are a different breed of chicken that is basically a BR with a rose comb.

I've never understood how hatcheries can so drastically mess up sexing AUTO SEXING breeds. They literally hatch different colors. Not that hard.
I've been better than the HATCHERIES at selecting pullets from bins of autosexing chickens.
Click to expand...

I bet the hatchery bloodlines of Dominiques are not sexable at hatch.

B
Is this a barred rock?