Momabird20 said:
Is that normal for a barred rock to have shared characteristics of Dominique
Click to expand...

Post pics of your birds.
Dominiques should have a large rose comb, yellow skin, and a barred pattern.
If your birds are missing any of these, they are not Dominiques.

I have two Dominiques.
Both females. One has more faults than the other, like a poor body shape and a nonspiked comb, but the one girl is almost perfect. I'll post pics in a bit.

The count's off. There's a "soul" missing.

Washington State, aka The pacific NorthWest

sumi said:
The Dominique also known as Dominicker or Pilgrim Fowl, originated in the USA during the colonial period. It is considered America's oldest breed of chicken, likely descending from chickens brought to New England from southern England during colonial times. By the 19th century, they were very popular and were raised in many parts of the country. Dominiques are a dual purpose breed, being valued for their table bird qualities as well as for their brown eggs. In earlier times, their feathers were much sought after as stuffing for pillows and mattresses.

After the Plymouth Rock breed was developed from the Dominiques in the 1870s, the Dominiques' popularity declined, and by the 1950 they were so rare, they were considered nearly extinct. During the 1970s, Dominiques were listed in "Critical" status with fewer than 500 breeding birds in North America. However, due to a revival of interest in them and other rare breeds, the Dominiques have made a comeback and are now listed on the "Watch" list, indicating lesser danger of extinction. Do you own Dominiques? Are you a Dominique breeder? If so, please reply to this thread with the your thoughts and experiences, including:

We have a bunch of other awesome breed-focus threads for you to enjoy. You can see all of them here: https://www.backyardchickens.com/threads/chicken-breed-focus-project.975504/
Click to expand...

Here is a picture of one of our dominiques! 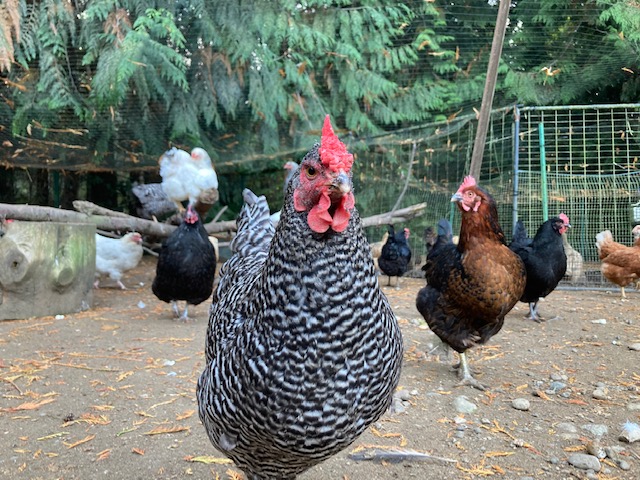 The count's off. There's a "soul" missing.

Washington State, aka The pacific NorthWest

TheOddOneOut said:
I have two Dominiques.
Both females. One has more faults than the other, like a poor body shape and a nonspiked comb, but the one girl is almost perfect. I'll post pics in a bit.
Click to expand...

We only have two as well.

CrazyCochin said:
Here is a picture of one of our dominiques! View attachment 2421759
Click to expand...

She closely resembles my lovely but devilish Pepper. That's the look I always get when I hand a treat to another chicken. 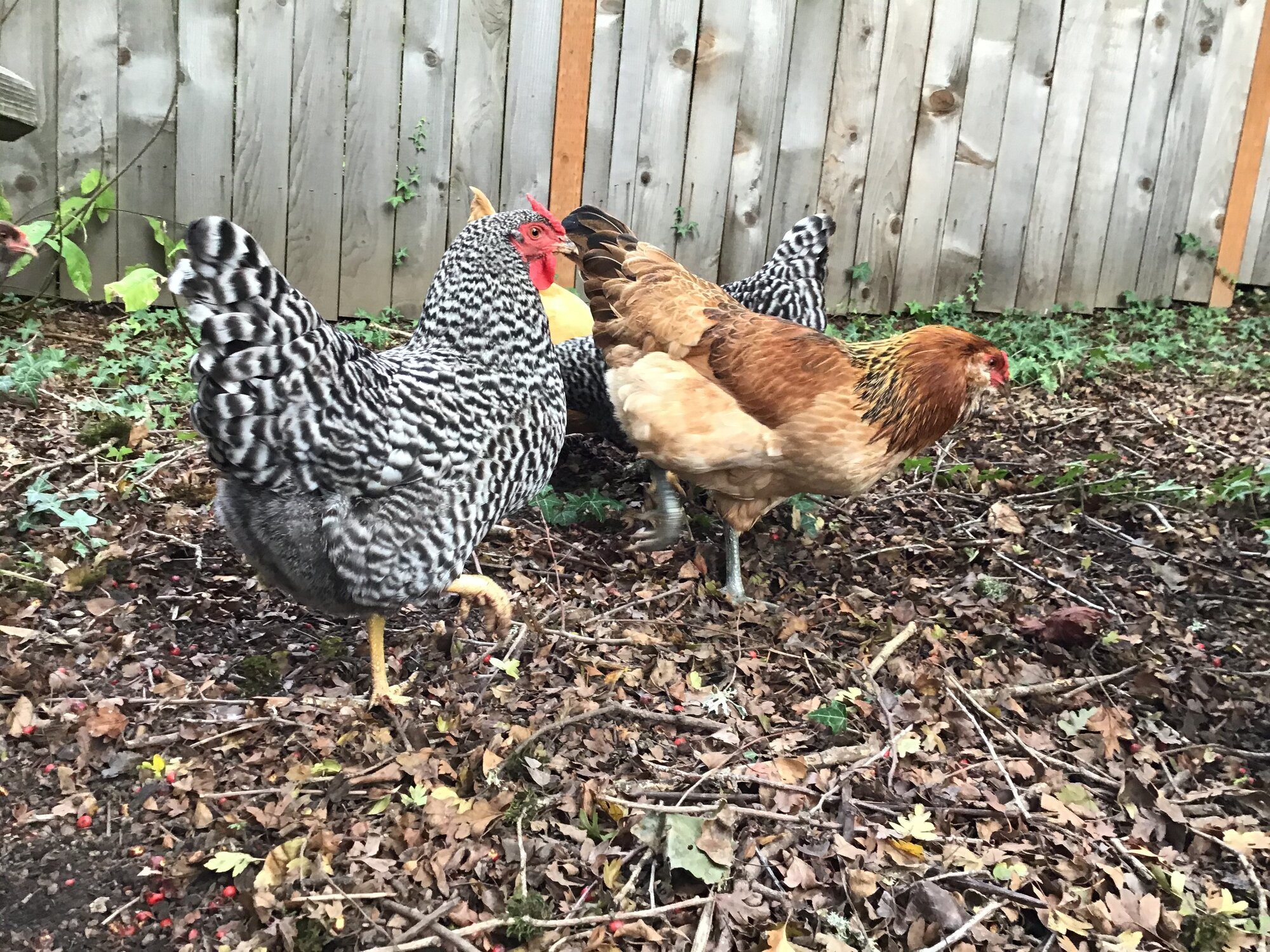 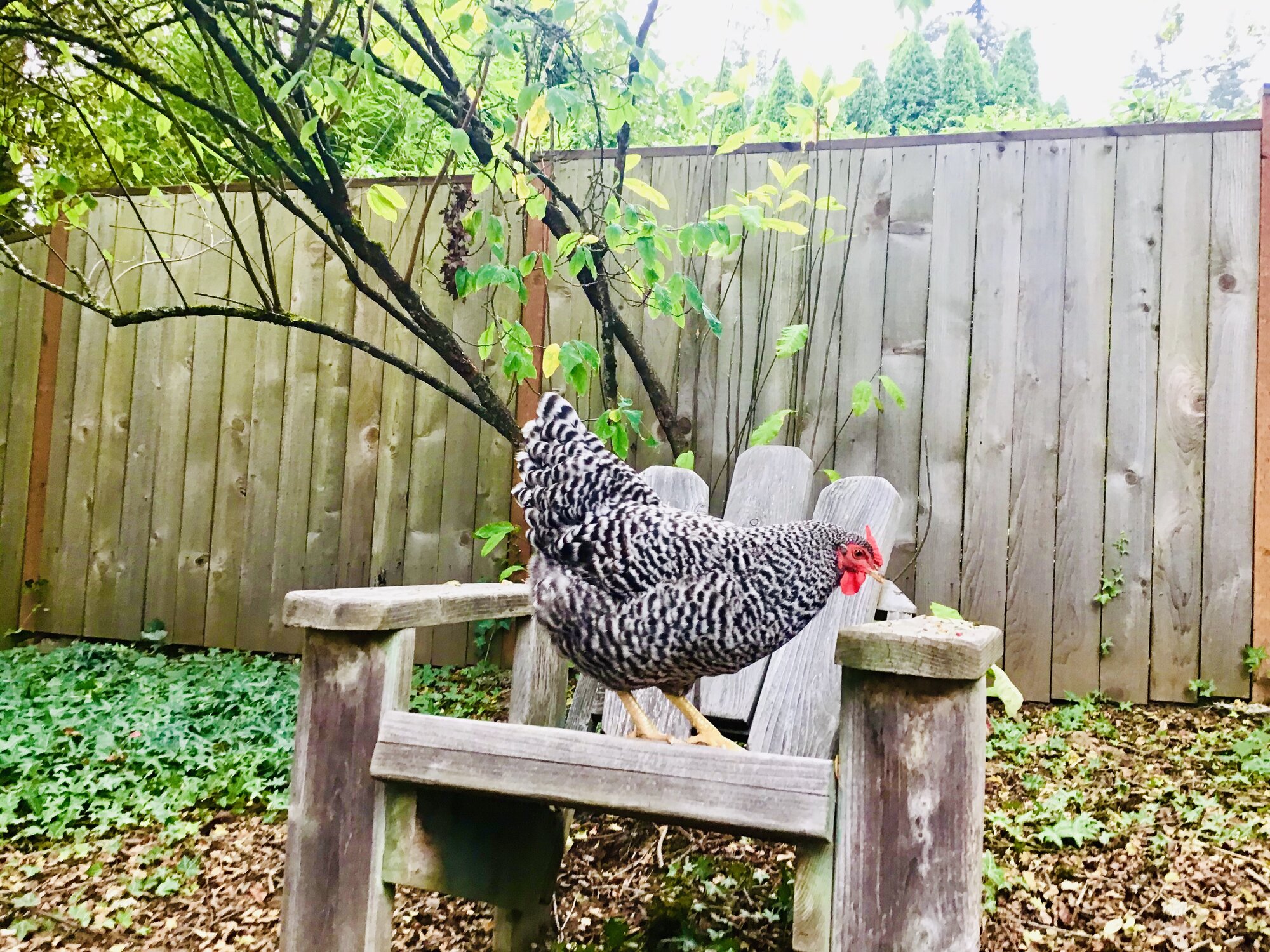 And a chick pic, of course: 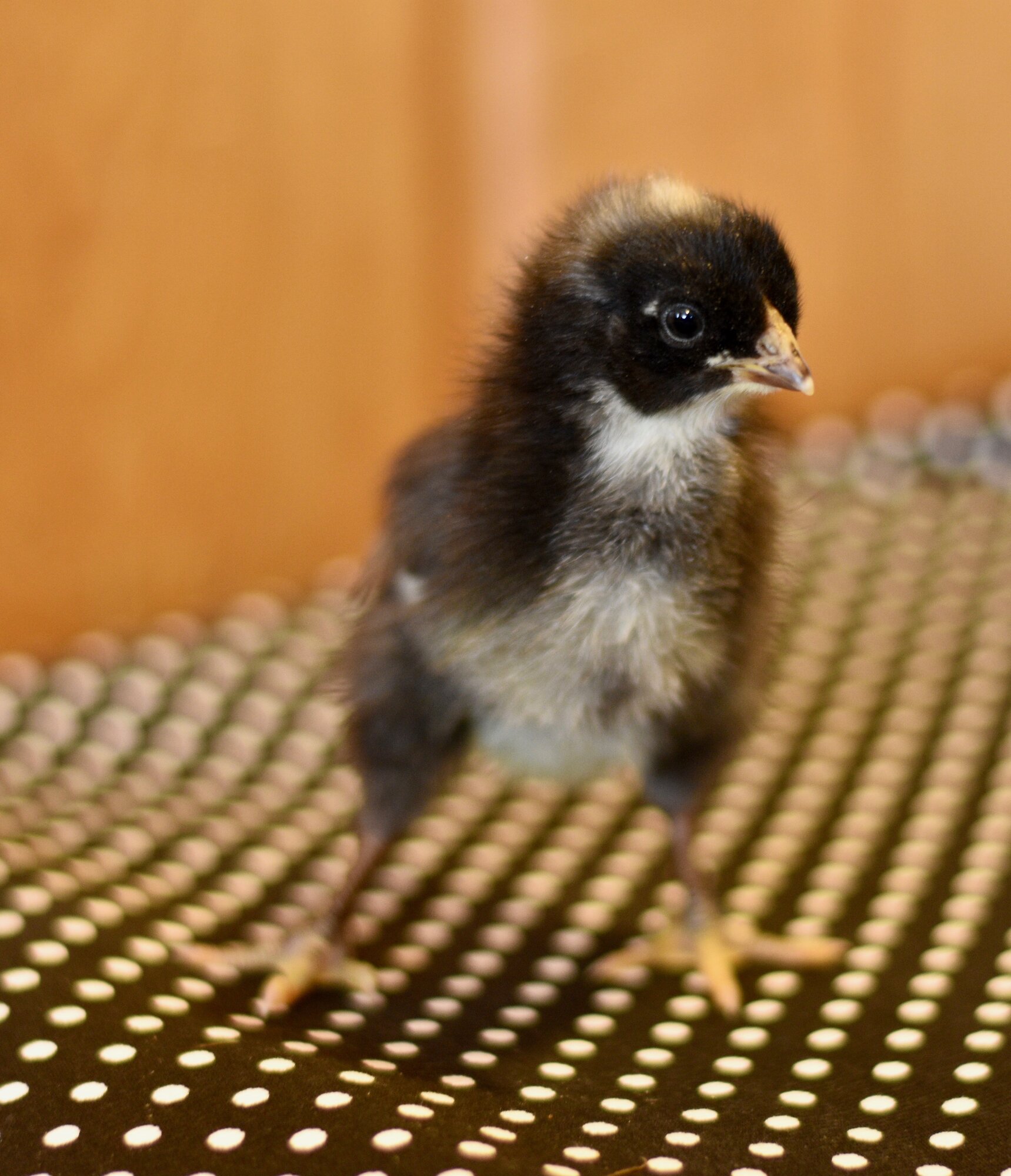 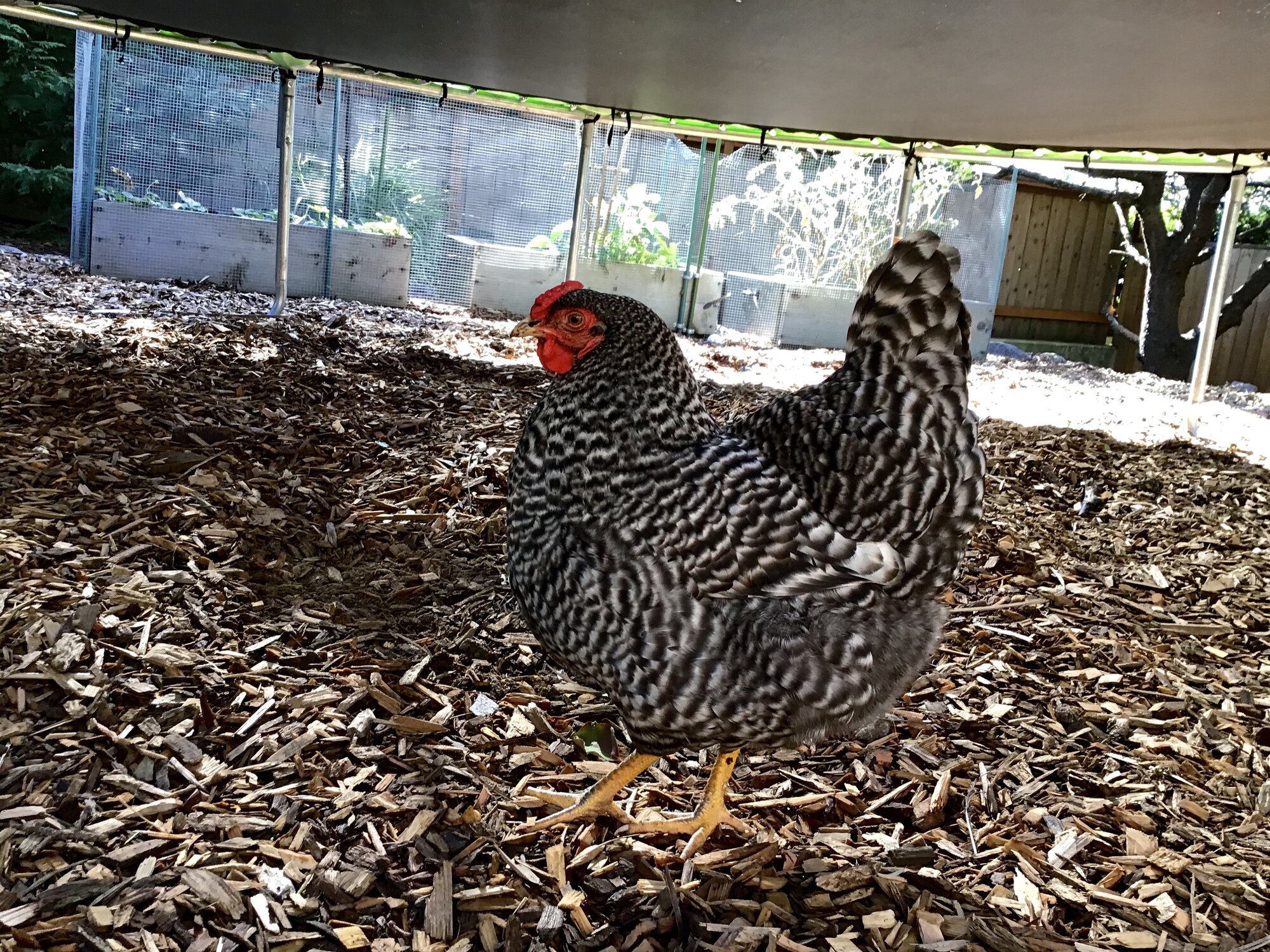 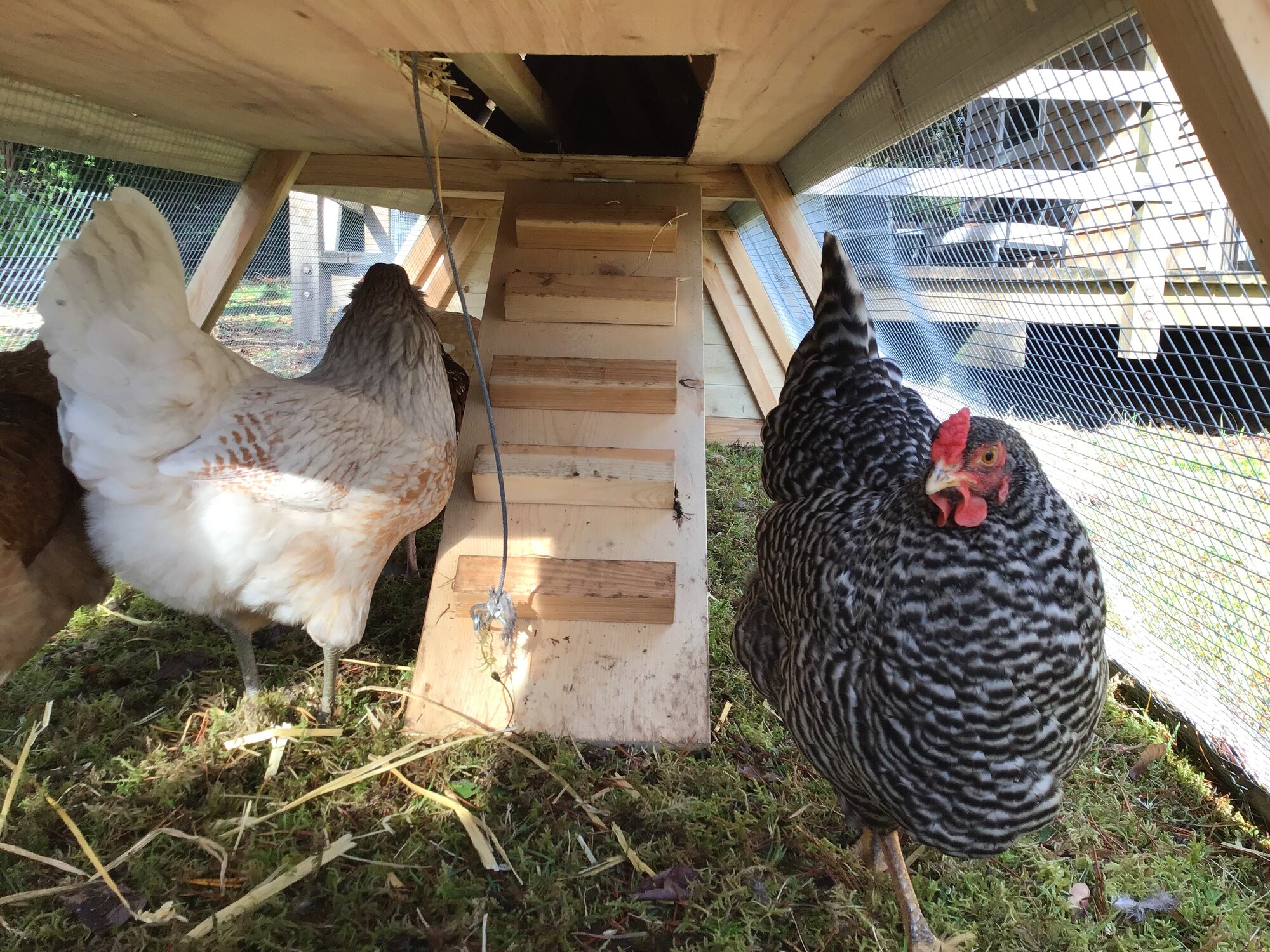 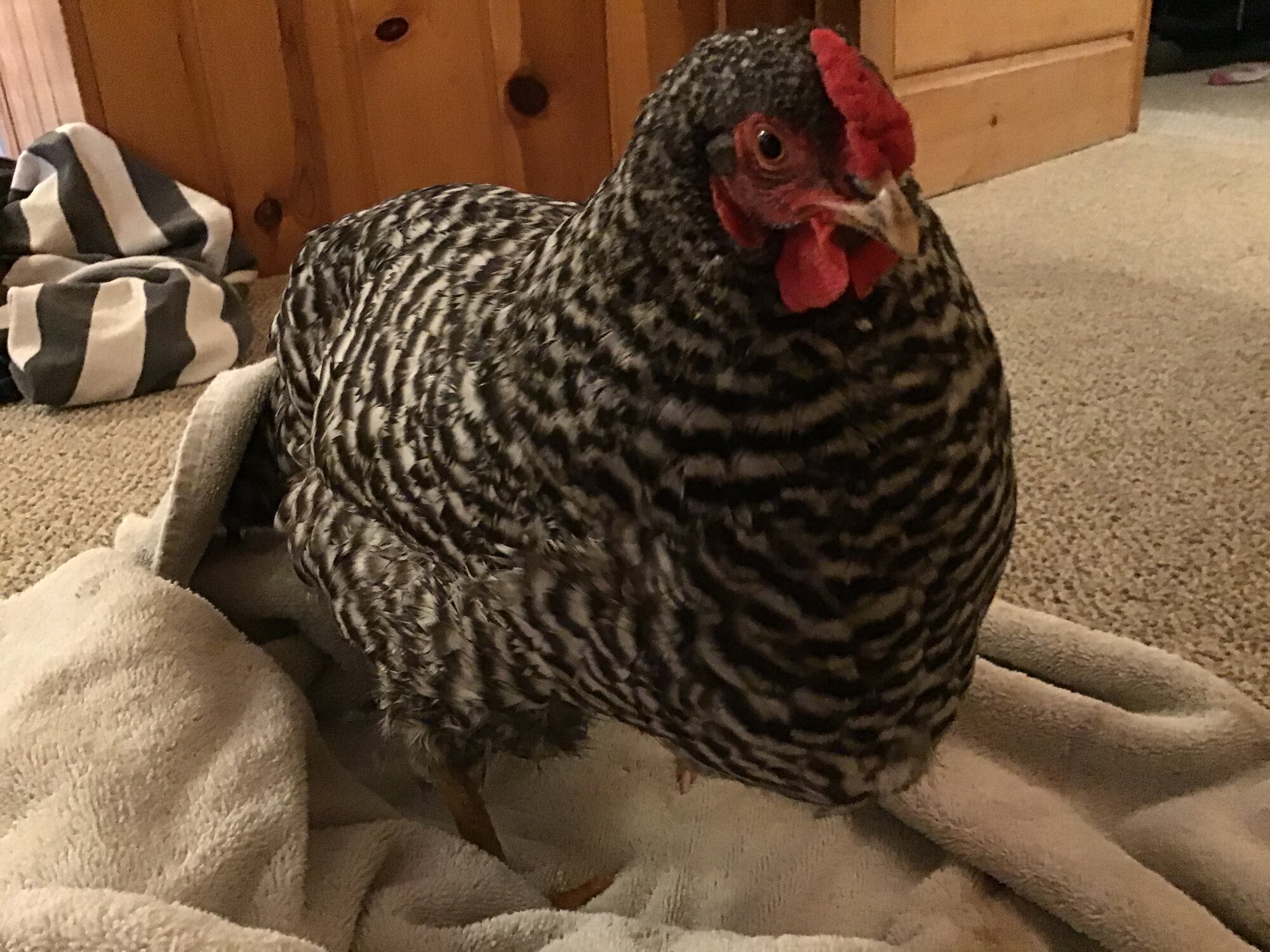 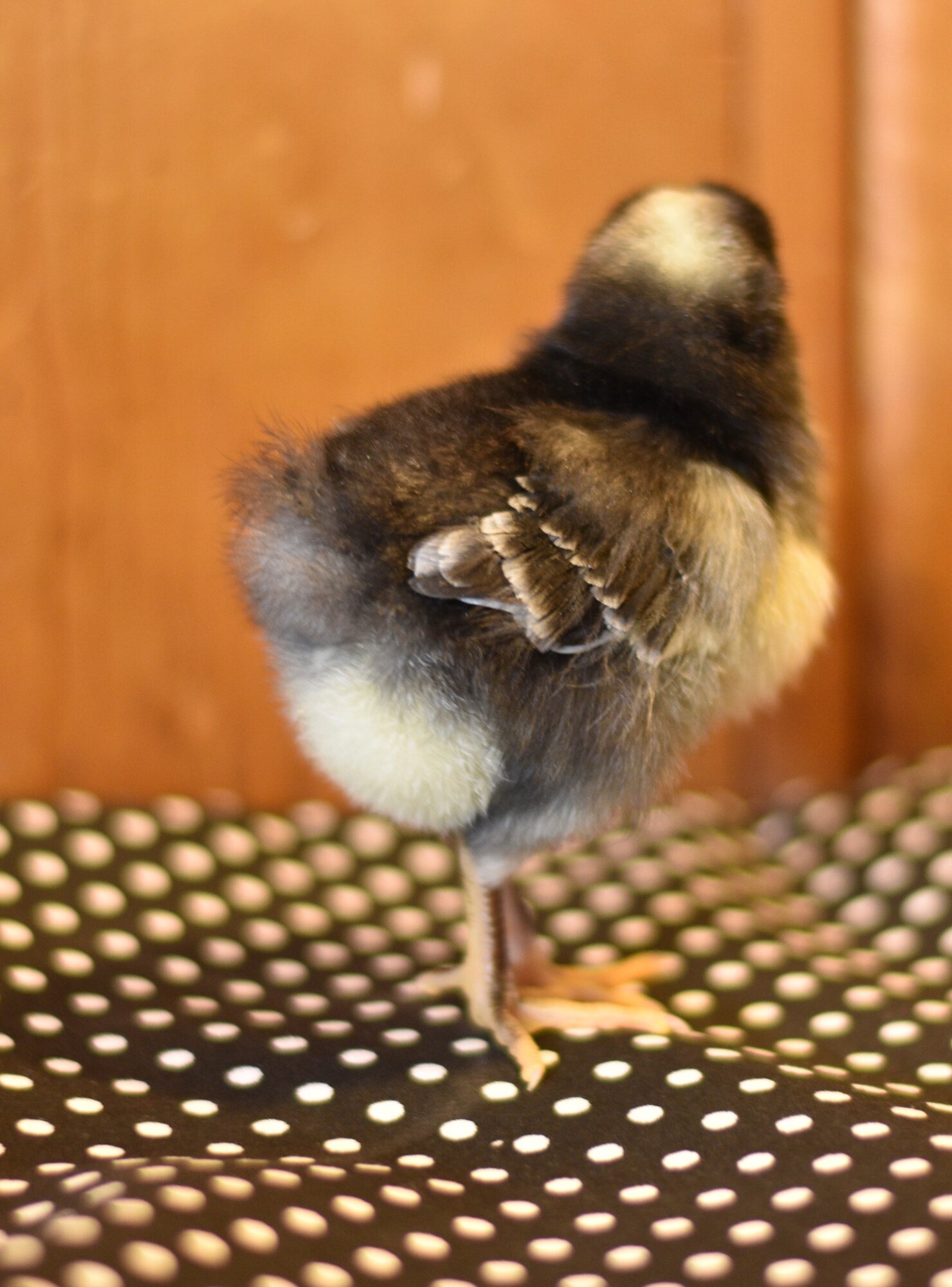 Yup! AND demanding, grumpy, and naughty.

I have a pair of their distant cousins, 2 ornery Barred Rocks, that grumpy, demanding, naughty gene is a strong one! Lol
You must log in or register to reply here.
Share:
Reddit Pinterest Tumblr WhatsApp Email Link