I have a couple cuckoo silkies. I had a nice cuckoo showgirl (young roo) that I had to cull. I thought I would share some pictures of what is currently the most promising cuckoo I have ( of three cuckoos, so it's not as though I have a bunch) and the challenges of the color as I see it.

First off, the promising bird I have is considered so promising for these reasons:
1) has mostly dark skin and a mulberry comb
2) has nice black/white coloration
3) has decent toes
4) dark eyes
5) nice crest

Things I don't like:
1) has some hard feathering in the tail
2) has a couple of white feathers in the crest
3) is smaller than other birds the same age, although is vigorous and healthy
4) has pink skin on one toe
5) light beak
6) could have a wider body- although is still young and might fill out 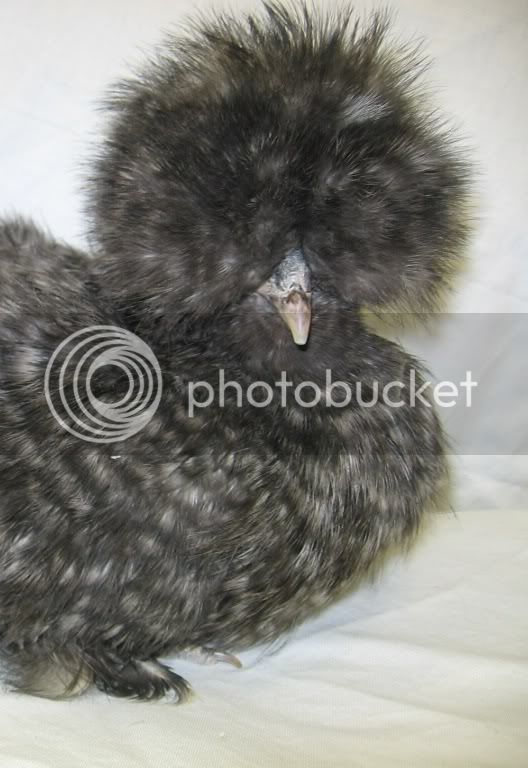 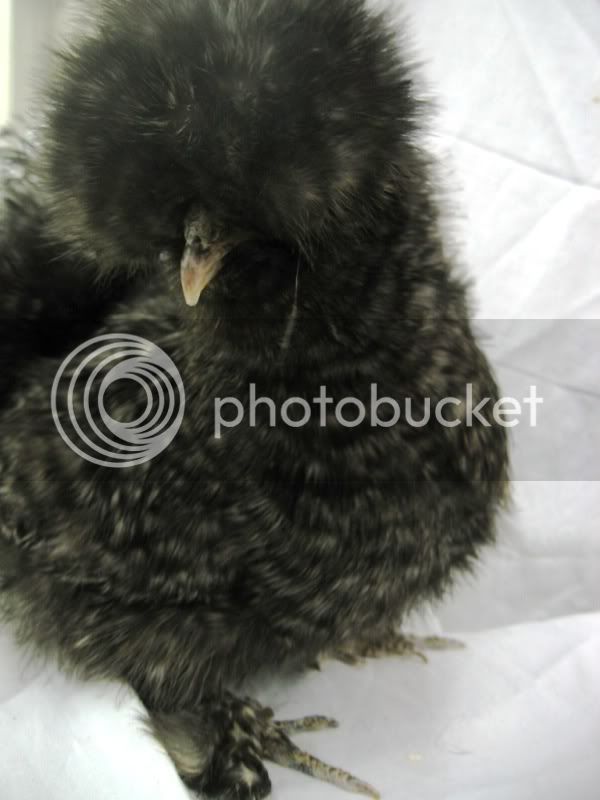 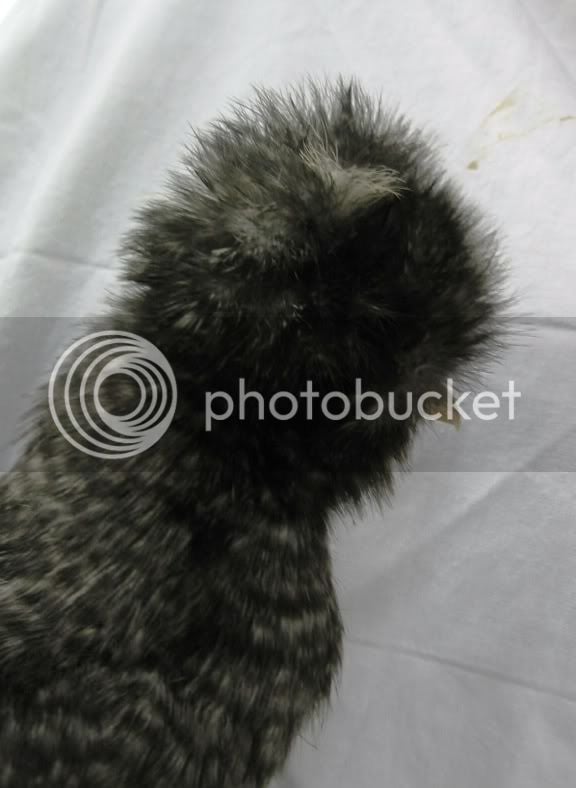 I need to get more pictures.

skin colour on rooster, they start dark but turn red with black spots as they get older.

One of this season roo... 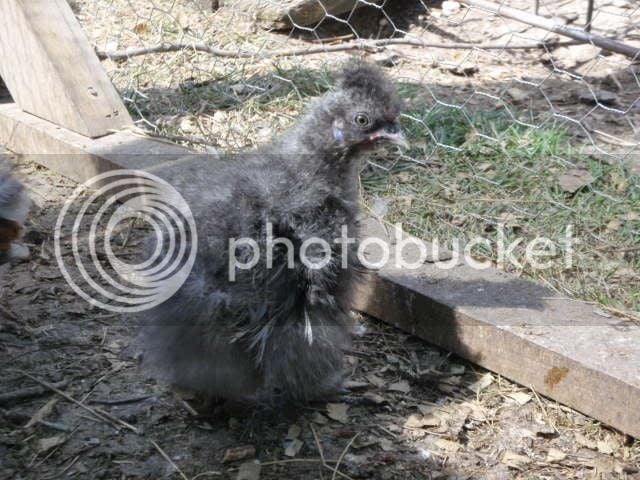 I have a young roo- more blue than black but has dark eyes and dark beak- but pink comb! Argh!!!!

I have one with a single comb! But the other 3 look good, although I honestly haven't analyzed them as well as the OP

I wasn't planning on working with cuckoos, but the breeder I got some of my silkie stock from gave me a nice cuckoo roo and a couple chicks because she wanted someone else to have her cuckoo line in case she had a catastrophe.

According to conversations with her, one struggle with the cuckoo coloration is skin color. From watching these guys, I think you can also add beak color and possibly eye color. She has also seen white feathers in some of her cuckoos. I should get a whole body picture, as when I say 'hard feathers in tail'- there are a few but not terribly many.

I think this is a pullet. I hope to pair her with a typey black roo in hopes of improving beak/skin color and hard tail feathers.

wow great project and I think one of the best I have seen so far.

Quote:
Your Cuckoo's are AWESOME!
I have never seen Cuckoos before.
Last edited: Feb 25, 2010

what does typey mean?