Duckling started hatching 3 days early. It had its beak out then i noticed no movement opened the egg it was dead can someone help me plz. And does where the umbilical cord is suppose to look like this 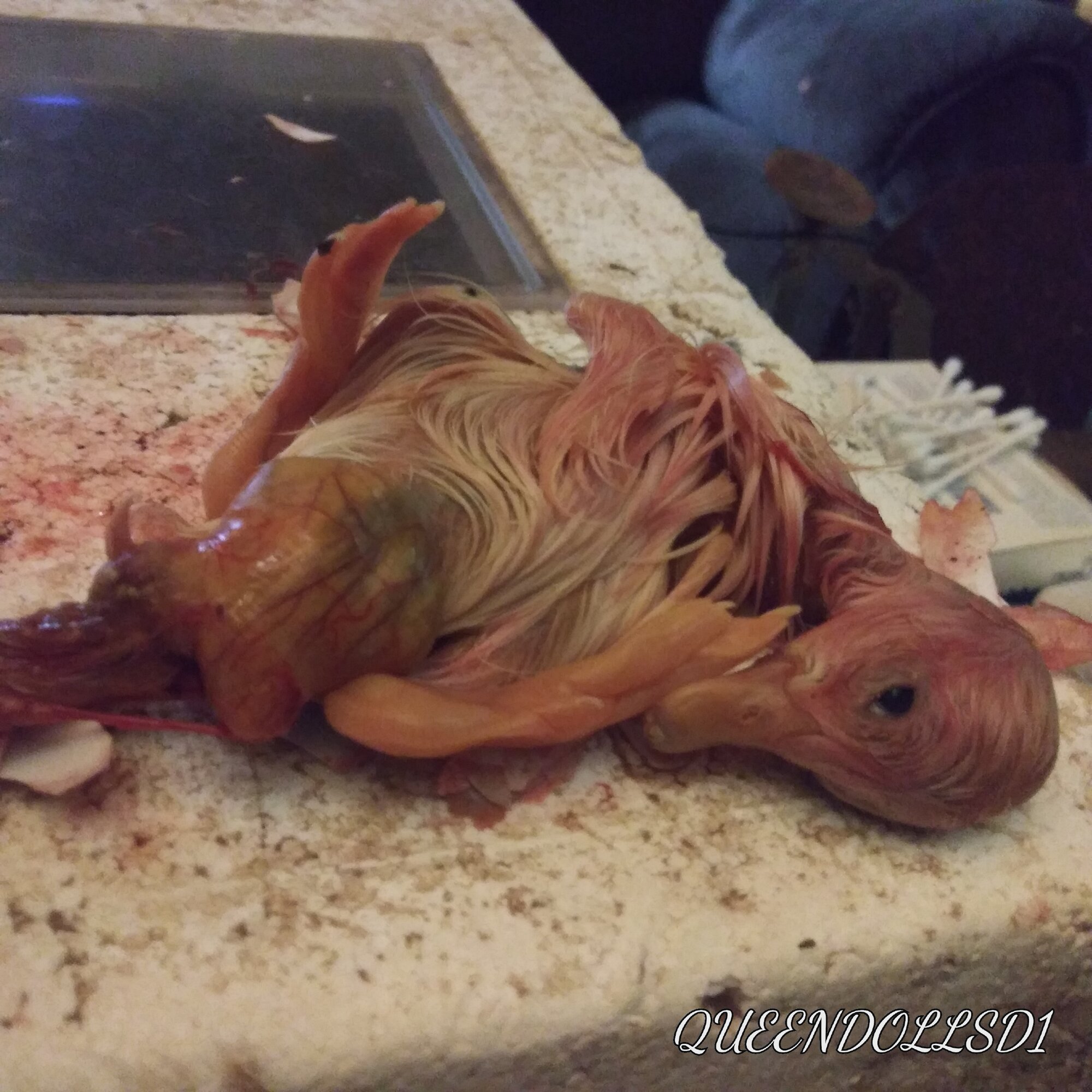 The yolk was not fully absorbed by the looks of the cord. Ducklings/chicks start to internally pip two-three days before they hatch. As to why it died there are a number of possibilities. From your post it sounds as though the duckling had externally pipped, so the most likely reason for the duckling's death was the inability to turn within the egg shell to zip. This can be caused when the membrane sticks to the duckling preventing movement or if the duckling is malpositioned within the egg.

How much time between the external pip and when you took him out? I have had a few that externally pip and then just rest and really dont do anything except for a subtle peep here or there for a couple days while they absorb their yolk. Then without warning they zip themselves out. Usually pretty quickly
Q

It seemed like he was to big for the egg.
Q

24 hours. He was chipping then i noticed he wasn't moving anymore so i took him out. It seemed he was to big for egg and he had externally pipped 3 days early.

My duckling has a white beak! What's it mean?