Help... My whole flock seems to be in trouble!

I'm at a loss. I thought I was dealing with coccidiosis, but now I'm not so sure. Over the last few days I have lost several chicks in one of my brooders. I noticed some coccidiosis symptoms (puffy, lethargic chicks and bloody stool) so I started treating with Corrid 10ml/gallon of water. It's been three days and I'm still having losses. It's not just that, I've had some losses in my grow out coop (same puffiness noted - also being treated for coccidiosis), and just this morning I found a one year old Lavender Orp dead in my laying coop... No symptoms or trauma, it's like she just fell over dead.

Here's what really has me concerned. I'm not the only one in the area all the sudden experiencing higher than normal losses. I know of three people in the area who have lost entire flocks in a single night. A neighbor lost half the chicks in her brooder in a night, and it just seems like I'm hearing about a lot of chickens dying of no apparent cause.

We are in the desert and having an extremely wet year. This has led to plants growing and blooming in a way that is unusual for the area. We are also in the middle of a large migratory bird corridor. We have been in a draught, but the water this year has brought birds into the area that I haven't seen here before in high numbers. With the water has also come larger bug populations. To add to environmental stressors, we are also experiencing huge temperature fluctuations. I'm guessing that any of these things could be having an impact, but I am at a loss. What can I do to protect my flock? Is this just a potent coccidiosis infection or is there something else I am missing?

Also, I would highly recommend that if you have another loss, you have the bird necropsied. That would hopefully ID whatever is causing the issue whether it be viral, bacterial, or something toxic, then you will know how to proceed.
Here are some labs: http://www.metzerfarms.com/PoultryLabs.cfm
Or just call your Agriculture Extension office and ask for poultry necropsy resources.

Thank you. Yes, I will try to get a necropsy if I lose another one. I talked with the vet earlier today, but not many answers.

I will get a picture of the poo when I get home. I have been cleaning the brooder several times a day, most of the poo seems normal, but one or two still seem to have bloody stool. 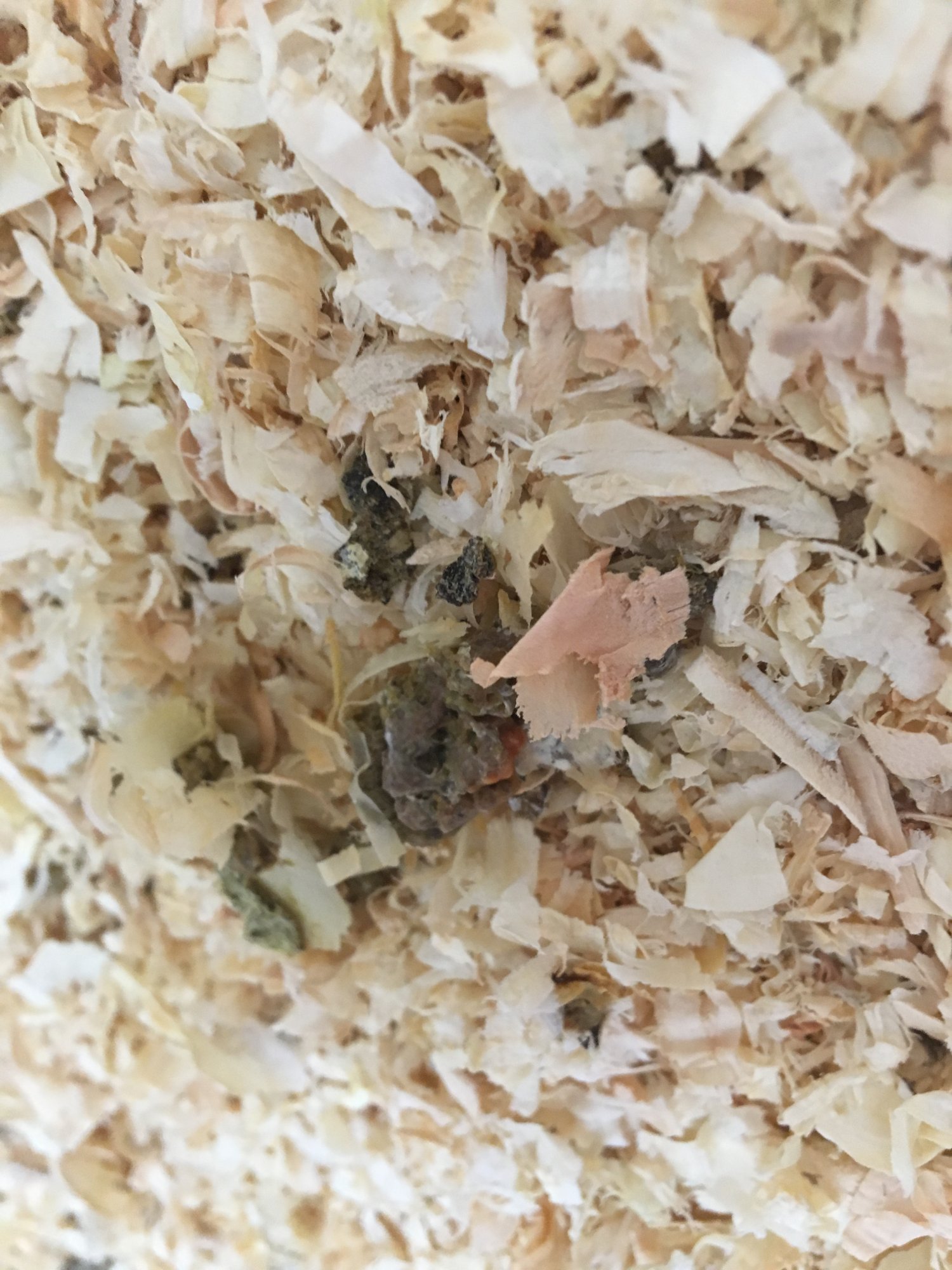 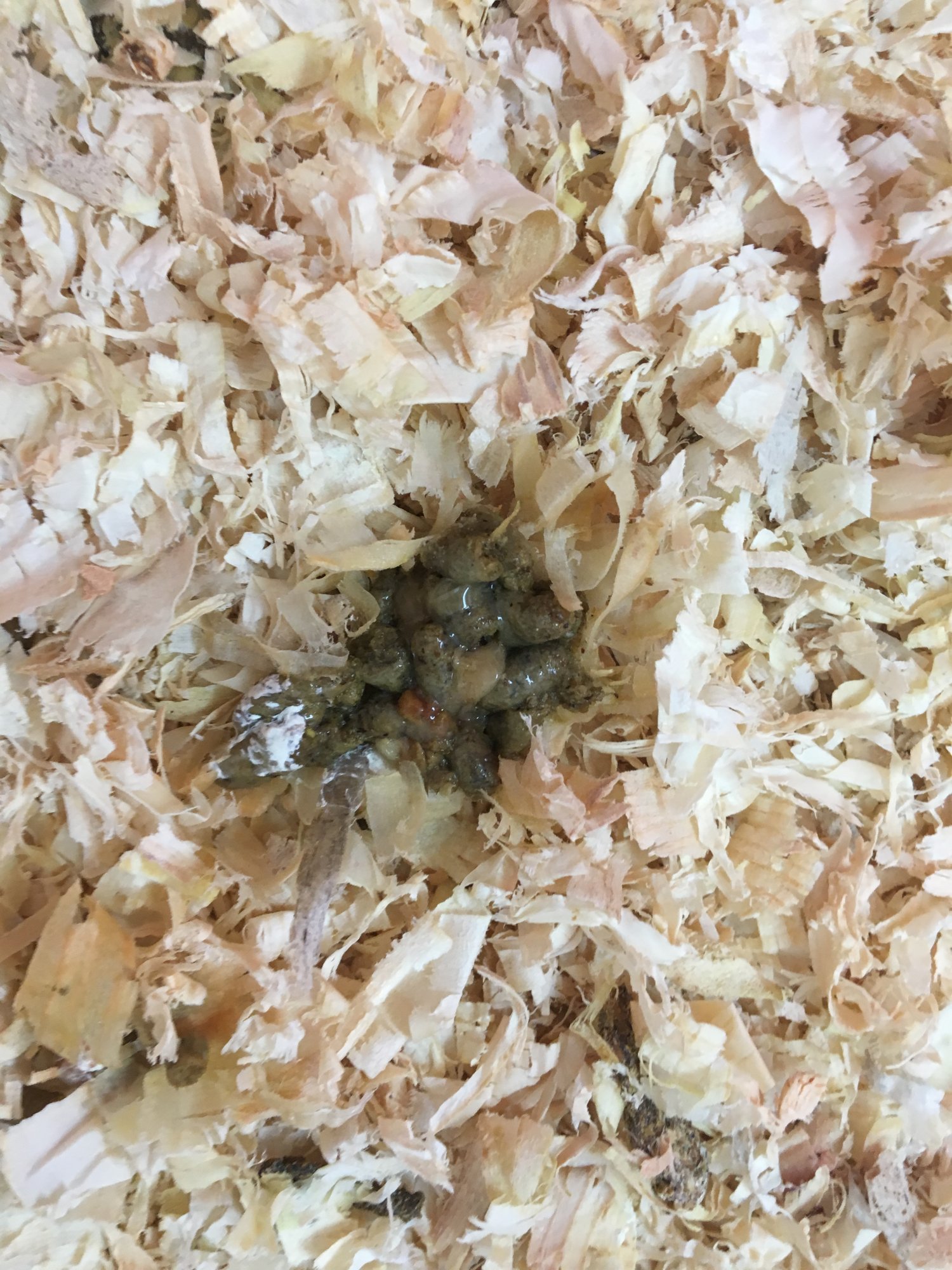 Here are a couple pictures of the poop in the brooder. This is actually a slight improvement. A couple days ago there was a lot more red in there.

@casportpony Is that dosing correct ?

That looks more like intestinal shedding, but of course, light etc can make things look different.

With the losses you are mentioning at your property and the neighbors I would wonder if it isnt something being spread by wild birds. If you can I would try and get in touch with some of those other neighbors and see if anything has turned up with them.

what are you feeding ? My eyes are old , is the poop green ?

I've wondered about wild birds too. Especially since we have an abundance of them right now. I had an Egret in my front yard the other day!!!! For some that might not seem too unusual, but I live in the middle of a desert... It's a little odd, but this time last year there was a massive wild bird die off, they literally were just falling out of the sky. My chickens were unaffected but recent events have brought that back to my mind. The cases of entire flocks dying have occurred several miles from me, and it's possible that I am looking for links that do not exist because I'm over sensitive to odd events. It could be that I have coccidiosis in my brooder and something else entirely in my coop.

The lighting is off on those pictures. The bulb in the brooder lamp is yellow which throws colors off. The poop is a normal brown color with just that spot of red.

My chicks are dying and can’t figure out what to do!