We adopted a days old feral chick that had wandered into our yard in September. A few days later my roommate bought a week-old Silkie chick to keep our little Peep company. We're looking for some help sexing the chickens.

The feral flock that Peep comes from is made of 4 black hens with some iridescent feathers, two of which have some white colouring on their chest feathers. The two roosters both have pea combs and light yellow neck feathers (almost white) and one has a mostly black body. The other feral rooster is mostly yellow, but in the same light shade of the other rooster. 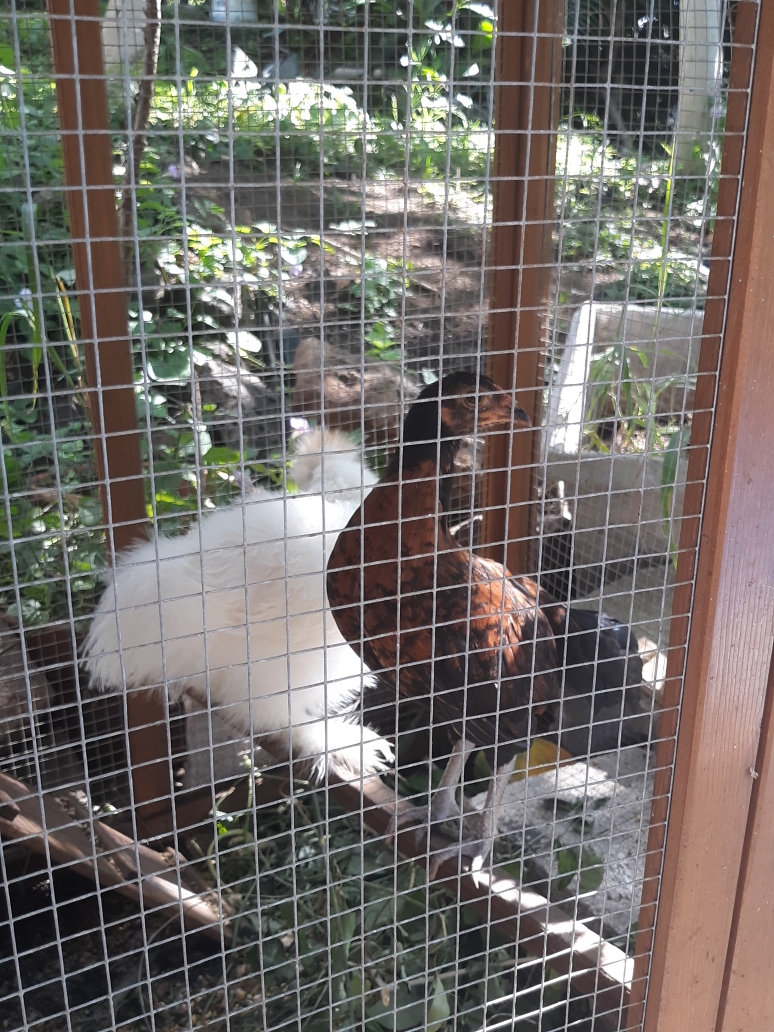 This is Peep in the foreground earlier this week. You can't tell too well in this picture but some of Peeps tail feathers are iridescent. 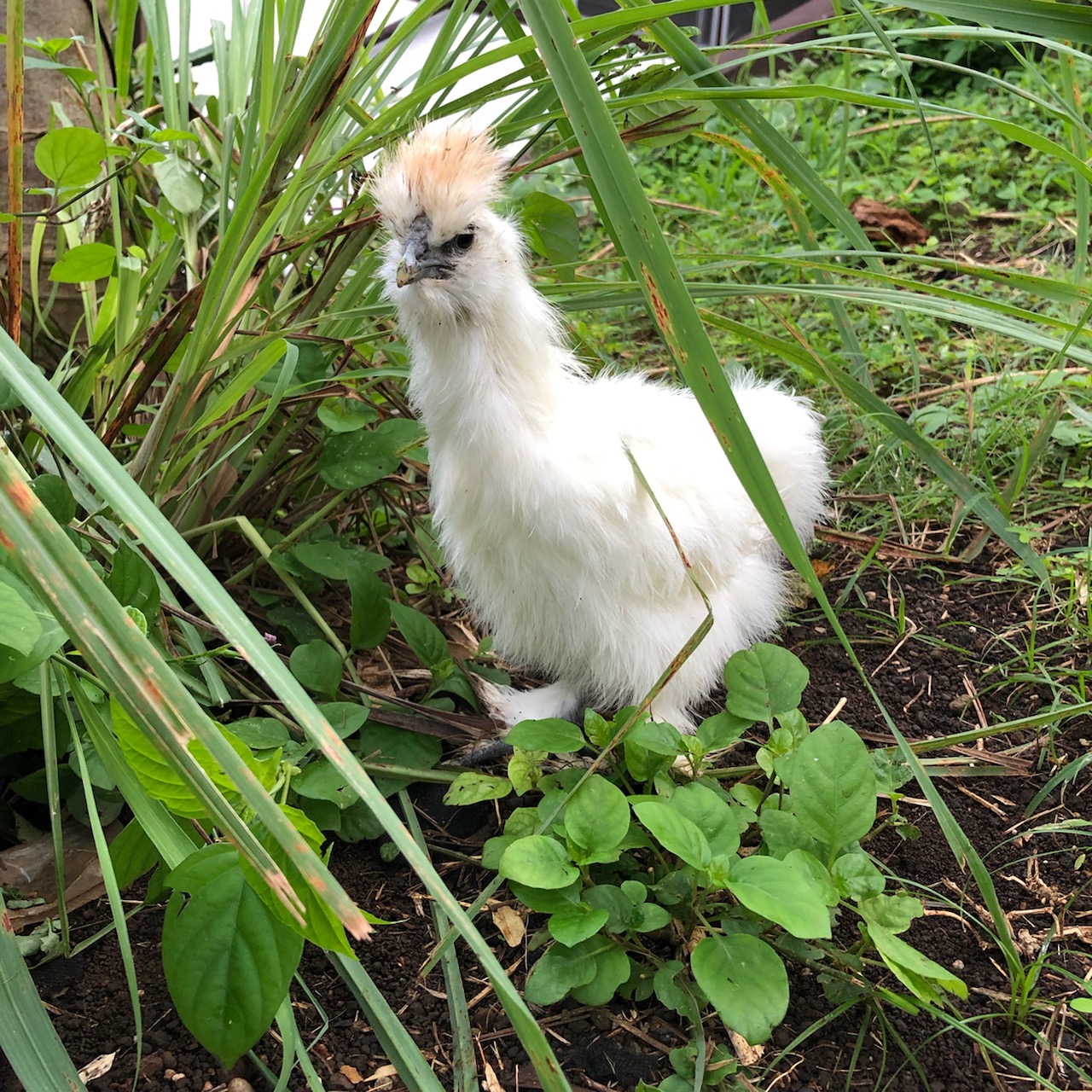 This is our Silkie, Luna, at about 11 weeks. We're pretty sure the reddish colour on her(his?) crest is because when they forage Peep digs very fast and Luna always digs where he digs and he is usually kicking a lot of dirt onto her head. You can definitely tell from their behavior that one is from domestic birds and one is not

We're hoping they're both pullets since we're not supposed to keep roosters in our neighborhood. But considering how loud the feral flock is, I'm not sure anyone would notice one more rooster crowing.

Any insight would help! We don't know what breeds Peep comes from. The feral flock is all bantam size. Our neighborhood has always had feral chickens so some of these feral chickens are descended from many generations of wild-living birds.

I am too new to give any advice but wanted to tell you that you have two lovely birds and that I think it is great that you not only adopted Peeps but then got her a friend. Pretty lucky chickens whether they be female or male.
A

The black one looks to be male, silkies are very hard, but based on it's comb area being exposed, it might be a cockerel... 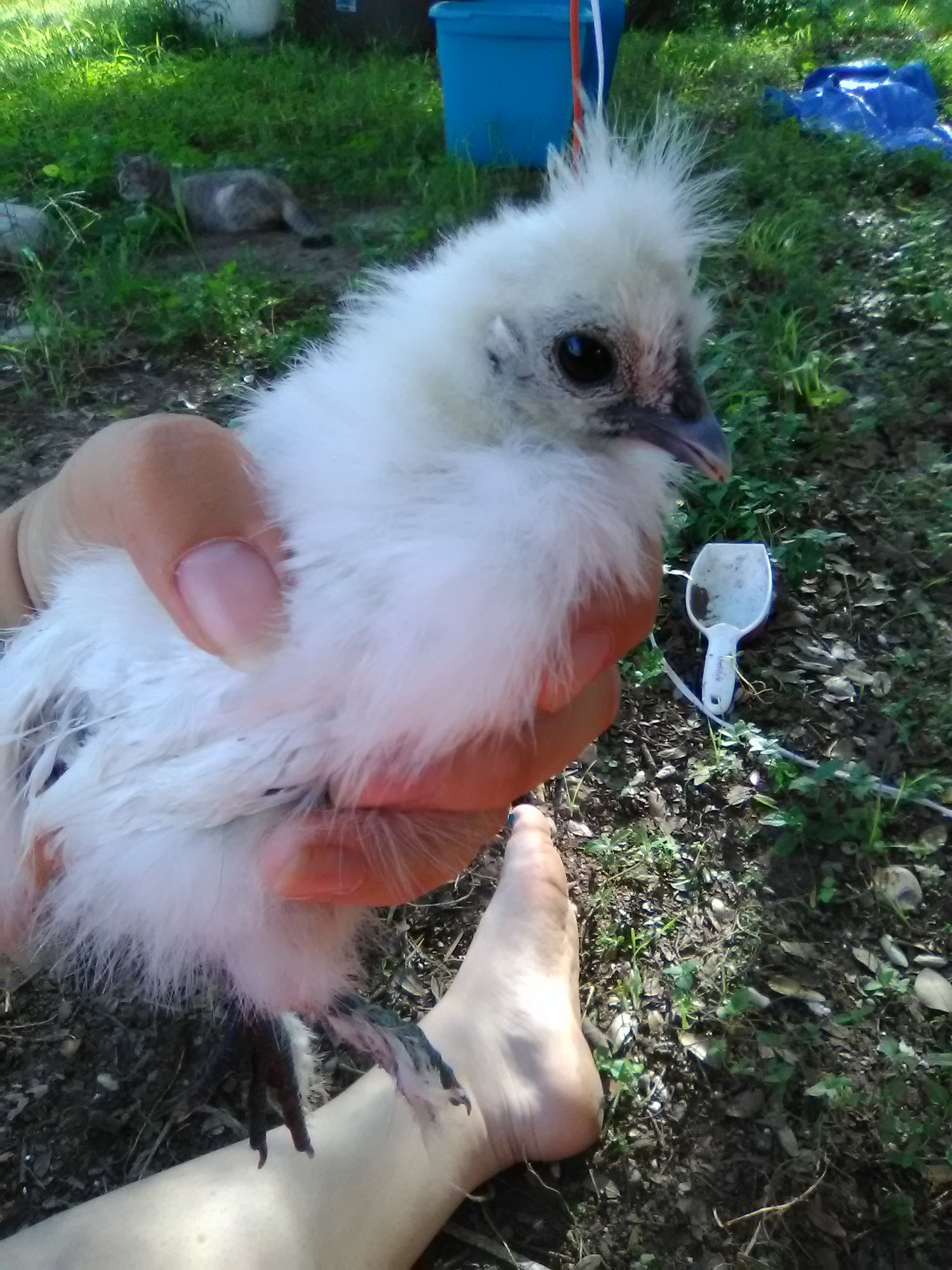 This is my female silkie emu a couple of months ago

It's hard to see in the pics. Can I get a clear shot from the side and the comb and wattles of Peep?

The feral chick looks to be pullet, however agreeing with Athena2344 the Silkie looks to be a cockerel. 2x puffypoo about a clearer picture On Peep 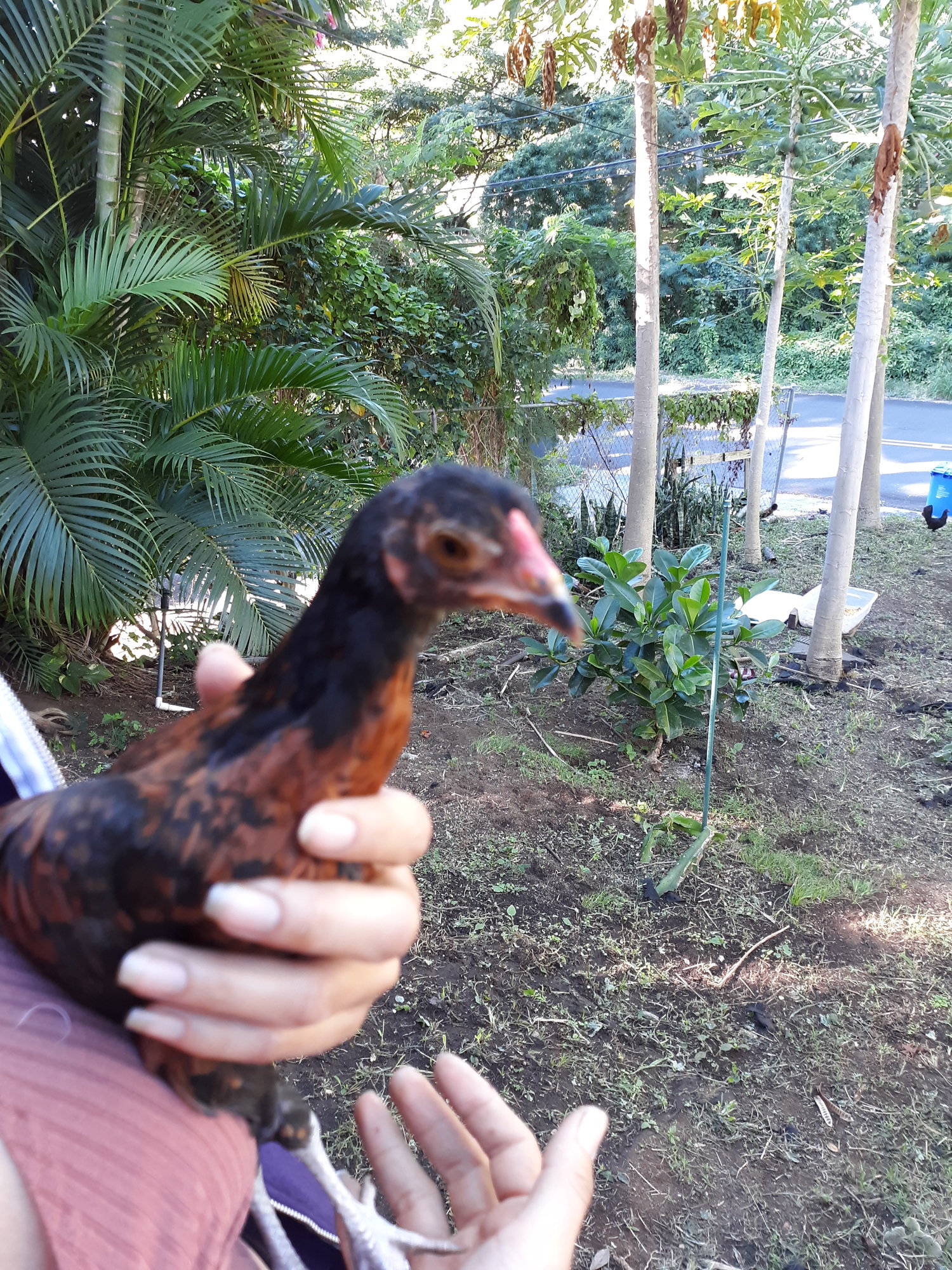 Hard to get a clear shot because Peep moves around so much. But there doesn't seem to be a wattle yet. 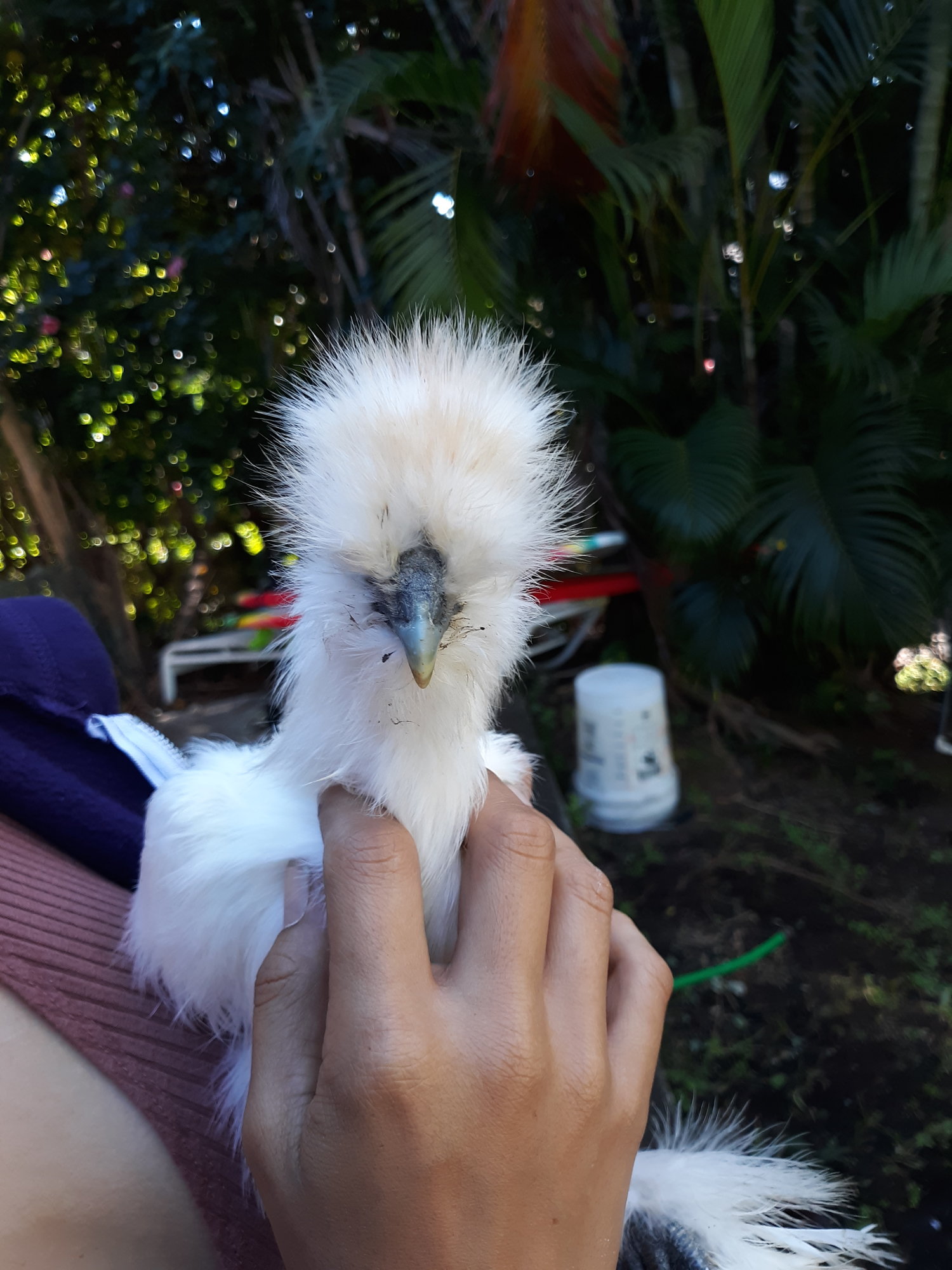 Here's a close up of Luna's comb today 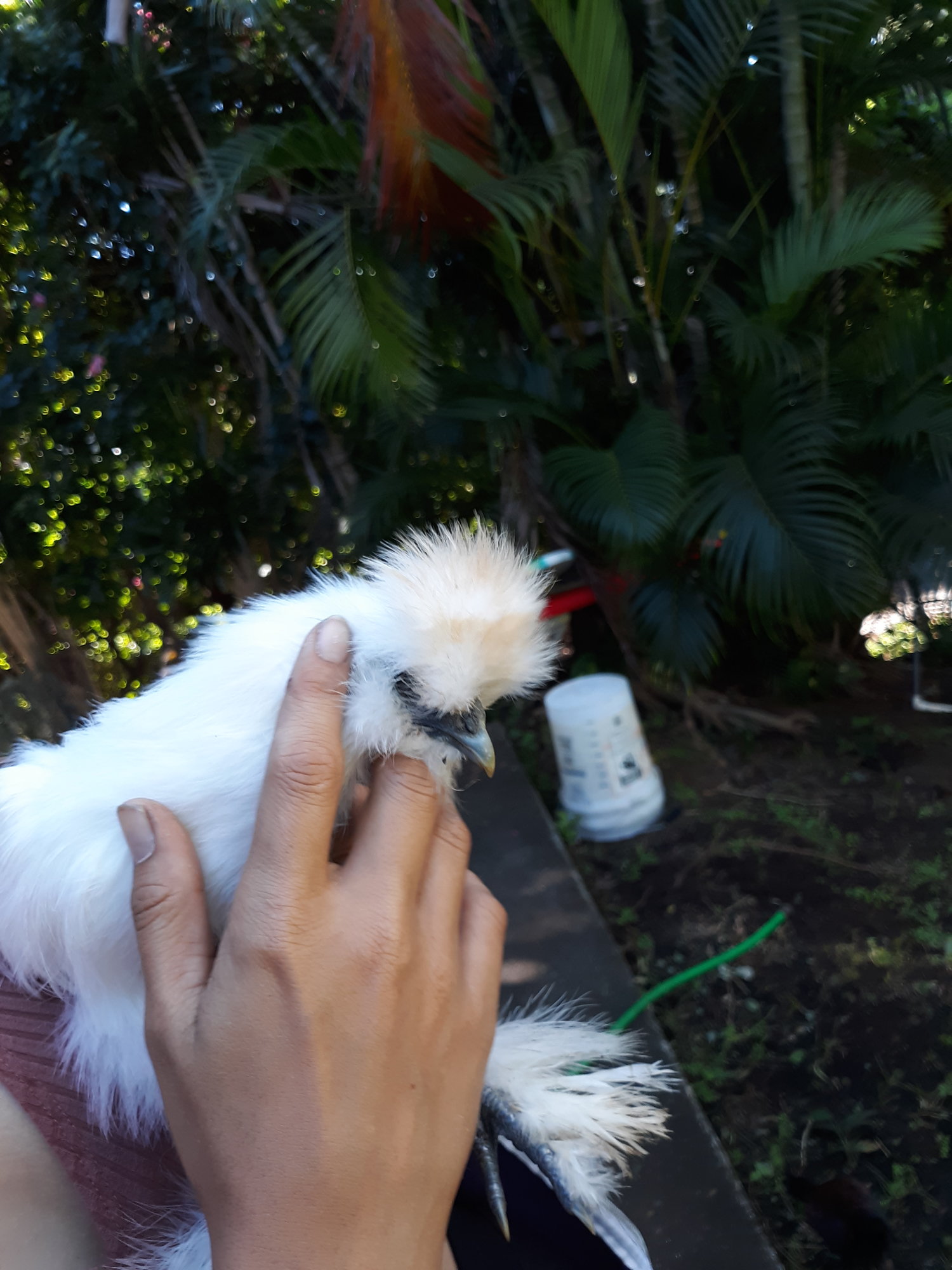 Side view of Luna 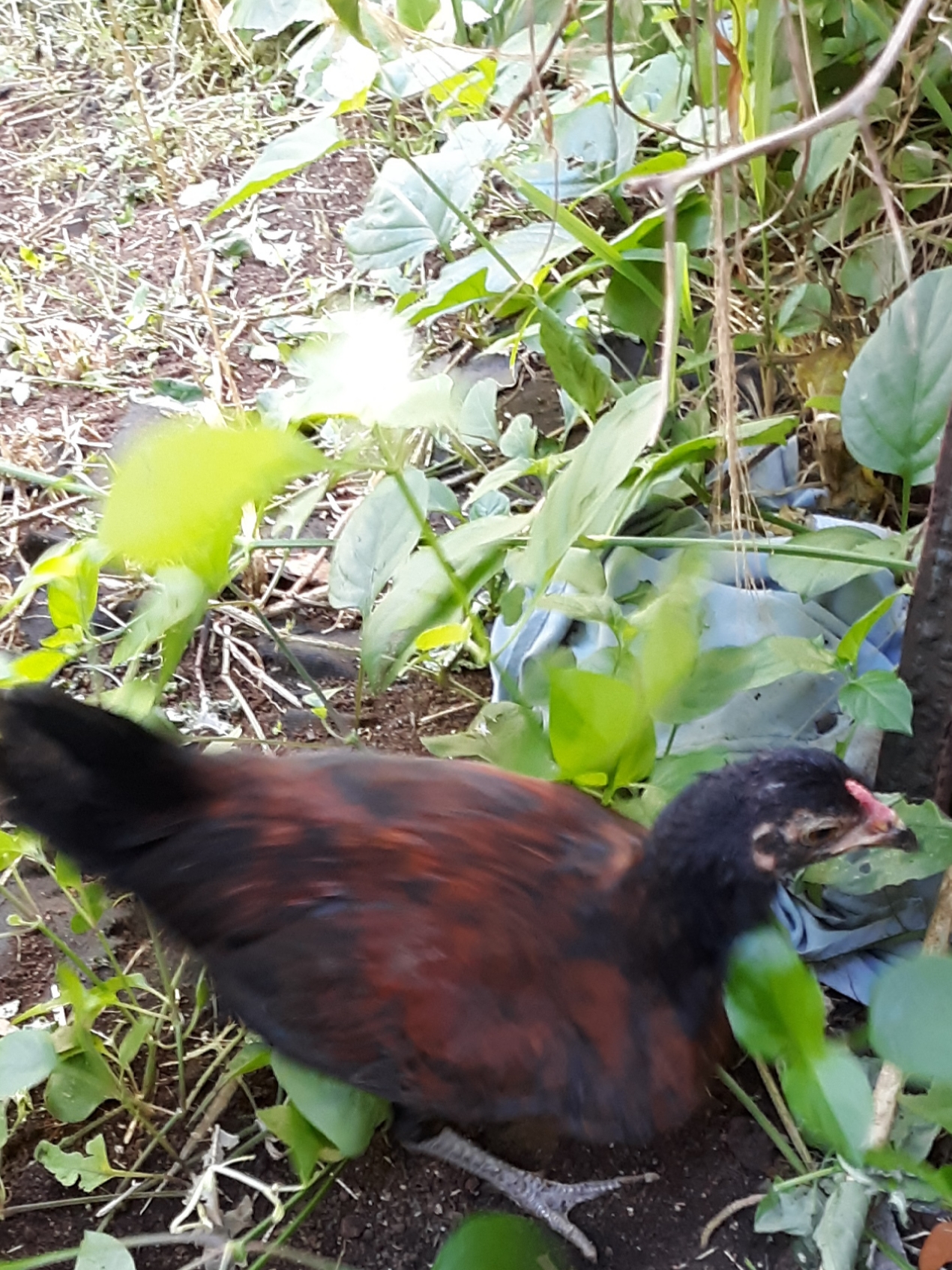 A shot of a Peeps comb while foraging.

Still thinking Luna = cockerel, wide comb & Peep more likely another cockerel, picture is blurry but think I'm seeing saddle feathering, can't make out the hackle due to color. If you can get a clear picture of Peep (side & top) in another couple weeks.
Y

Peep decided to be a lap chicken after foraging today so we got a still shot of the feathers. 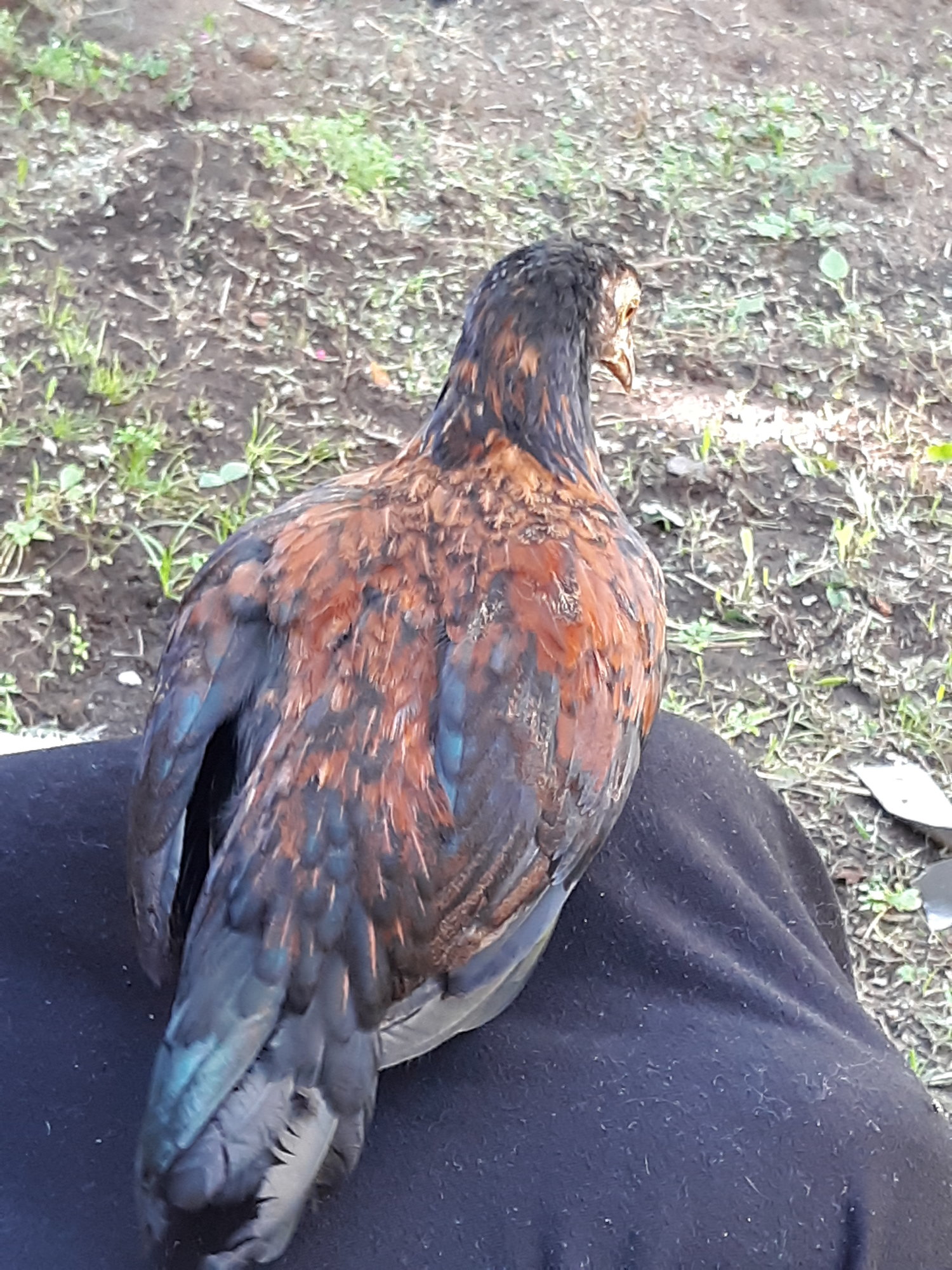 Thanks for all the help guys! We'll see what the next few weeks bring.

B
Silkie chicks about 10 weeks old