He was the only chick that hatched from our incubator..Hes a blue laced Red Wyandotte.He grew up alone with cats as his friends and me my mom and sis as his mothers.We tought him how to eat,scratch and drink.I remmeber him being in our hands.He was a loner.But a happy loner.He loved humans.Everyone said he wouldnt survive and that he needed a friend.Thats not true.Happy lives up to his name.He now is 3 months old.Standing tall and crowing very loadly.His crow was perfect the first time he crowed at 2 months.He sleeps like a human.He crows when he needs us.... He may not lay eggs and be non social to other chickens.He may lay down like a human and play with the cats and watch cartoons all day long...He may be wearing a diaper..But hes happy,our roo roo and nothing is gonna stop us from loving our different Happy roo roo.Hes our friend,our room mate,our life..... 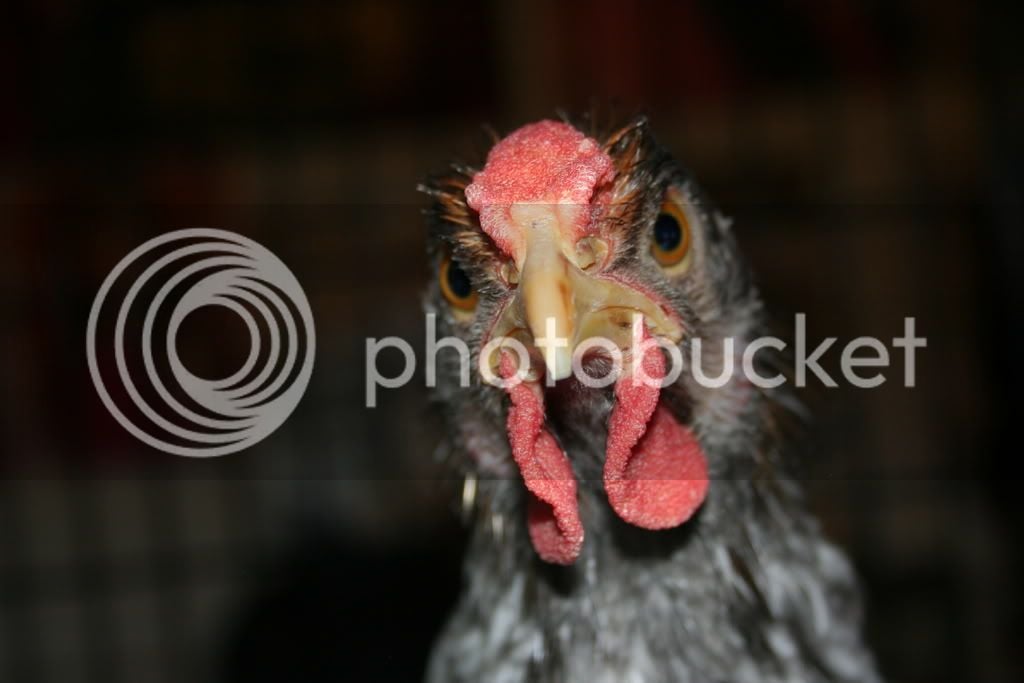 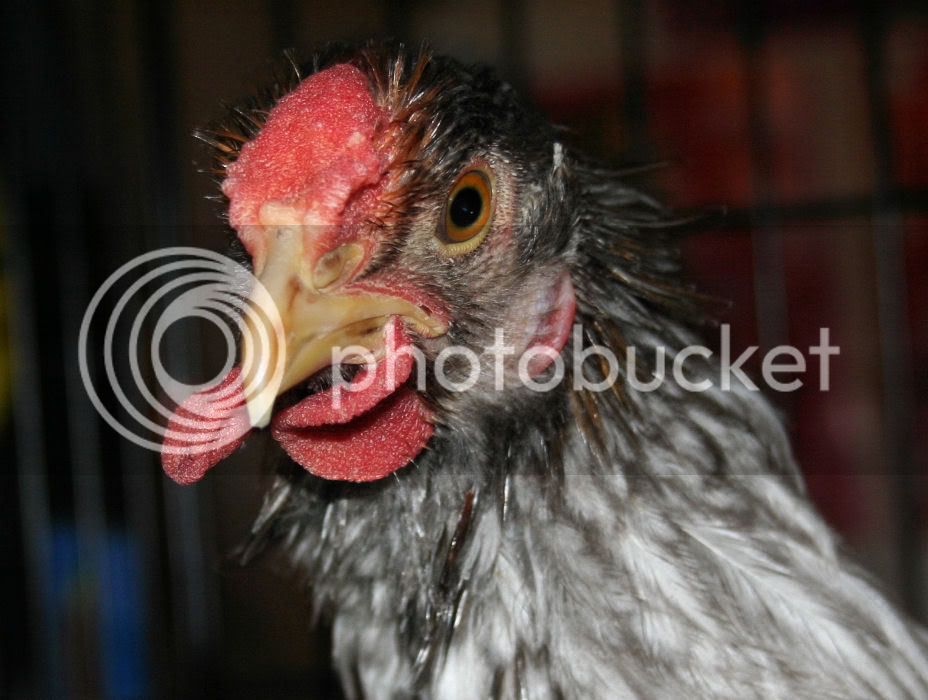 Long as he's loved its GREAT!

Rarely does anyone love and want only a rooster... I usually see everyone giving them away or making them into dinner because of no eggs. He's a very LUCKY HAPPY bird.

LOL He is too cute!
We also have a one lone chick now that his sibling died. Araucanas are not the easiest breed to raise. We do have another Araucana chick but she (A1) was hatched several weeks before Boom Boom and is running with the flock.
Poor Boom Boom has fallen in love with the Silkie flock because they are housed beside each other at night, so during the day I put him in a crate in the run with the Silkies and he can watch them but not get run over by the big boys.
Boom Boom still likes to be on my shoulder while I am cleaning up the small coop but I try to make sure he has some "chicken" time, too.
I know Happy is a happy bird though, I can see it on his face!

I too have a lone chick.. Only one of my eggs hatched.. He was born yesterday.. I have seen him eatting and drinking.. I hope he is ok with no little birdy buddies.. This gives me hope..

My little chick is a Button Quail.. So tiny...

I've gotta see him in a diaper! Pic please.

Are you keeping him inside????

I would say as long as he gets some outside time he will be fine living in the house.

Had to give up my little Foof (not a happy story)