Tbird84 said:
So, what about the legs? I believe I read that white is dominant and yellow is recessive. Is that correct?
Click to expand...

Yes you are correct. White shanks are dominant to yellow shanks.

Let's see how this pastes:
It's from this link that I got from Miami Leghorns
http://sellers.kippenjungle.nl/page3.html

Here's a BYC thread, that I haven't read <--(POETRY) as of yet, but now that you are asking I'll dig up some good stuff, and revisit our pending question about ear lobes. Dropped the ball on checking all except one book I have that didn't have anything ear lobe-y.
Here's a good one!
https://scratchcradle.wordpress.com/2012/09/02/gms10-skin-and-shank-color/
diagram is from that site: 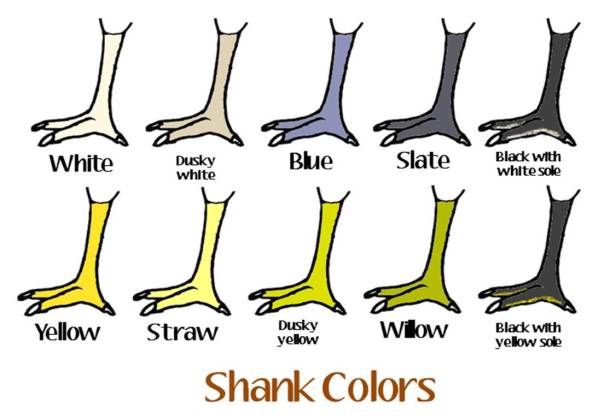 Also see GMS Supplement #2: Skin Color Punnett Squares and Test Crossing for visuals of the inheritance of white and yellow skin and a discussion of how to breed out unwanted recessive traits.

This is certainly not an exhaustive explanation of shank color genetics and may not even be entirely accurate. Here are the resources I used which may be a great springboard for further investigation:

WHAT a good diagram huh?

Found this -- because I knew I had seen shanks on Henk's chicken calculator -- but there are several versions of the calculator -- this shows shank and some variable genes so you can 'play around' with changing the colors.

That's just a cut and paste from this page -- where you can change the genes in the drop down:
https://kippenjungle.nl/Overzicht.htm#kipcalculator
Still working on the dominant ones for ears and shanks. to be continued............

Regarding crossing Leghorns with a variety of red earlobe breeds the author writes "Four grades were recognized; namely, white, predominately white, predominately red, and red. It is realized that there is some experimental error in using so crude a system of classification, but since it was the more accurately defined first and last grades that were of primary interest it seemed to satisfy the needs of the experiment at hand. The intermediate grades were not cases of blending of the red and white but the mingling of the two in varying proportions. The variations are probably quantitative ones depending upon the amount of white tissue deposited and the relative amounts of white and red are determined by the proportion of the surface of the earlobe covered by the white".
F1 cross results 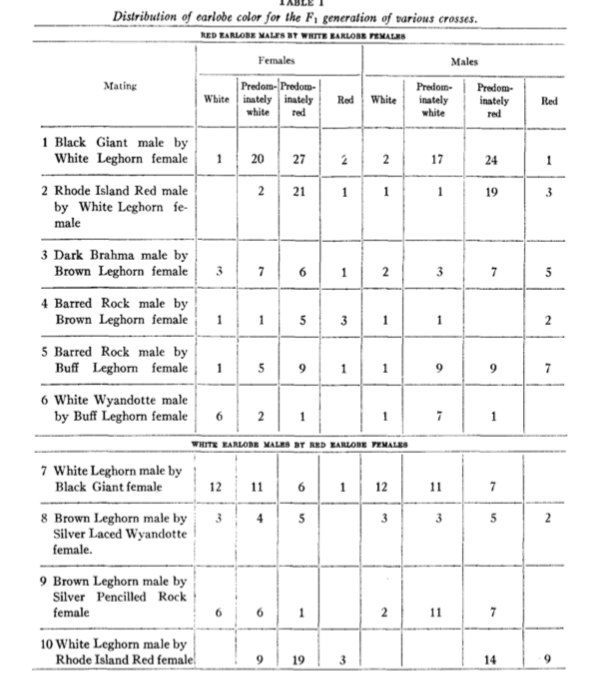 There's also talk about sex-linked factors being involved in earlobe color of some breeds, but having no bearing in crossing. 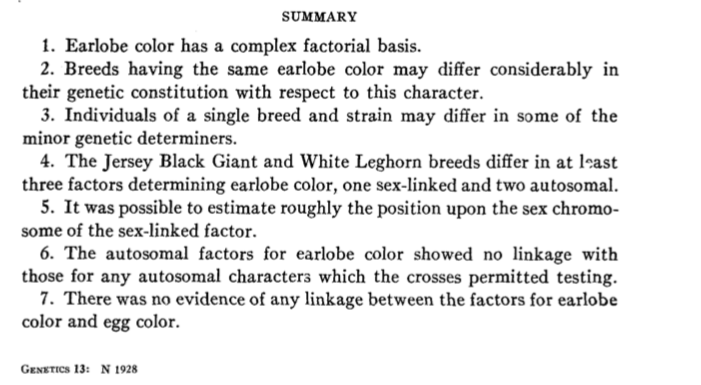 Thanks Brahma Chicken5000.
Does it seem like some genes are easy and direct -- and then in some of the traits chickens have there is a lot under the covers. That scratch cradle article on shanks said that what they thought was once dominant is now considered recessive (or was it vice versa)---
One thing is for certain -- a lot of people who focus on just one thing (like bigger eggs or something) have the ability to mess up a rare breed (like Cream Legbar

) When they don't know what they are doing. Somehow someone in UK put recessive white into cLs-- and that caught on as a 'fad' IMO -- trouble is it took away the autosexing of the white ones, and the whole breed was developed for autosexing.
Seems like the best thing to do would be take a slow approach to select from one's own flock for the desired traits and outcross only when you know what you are doing -- because Murphy's Law says you'd introduce genetics that if looked at squarely would be considered undesirable.

Looking in Genetics of the Fowl by F.B. Hutt yesterday I came across a segment discussing plumage colors. Apparently White Leghorns carry barring. Who knew?

me me me.
Well they can and some do but most don't.

Maybe Martin Silverudd....
http://www.the-coop.org/forums/ubbthreads.php?ubb=showflat&Number=50678
Isn't it astonishing what a dedicated monk (Silverudd) did with White Leghorns and RIR?
Aha---
Here's one I hadn't seen before:
http://www.aviculture-europe.nl/nummers/09e03a06.pdf
A quote:

So perhaps definitive stuff on earlobe color has yet to be discovered.

If I don't get back here....It's that happy time of year again in time to say it...
Merry Christmas to all...and to all a good night. (And a Happy New Year)

Happy 2020 to everyone - all the best in this upcoming year. 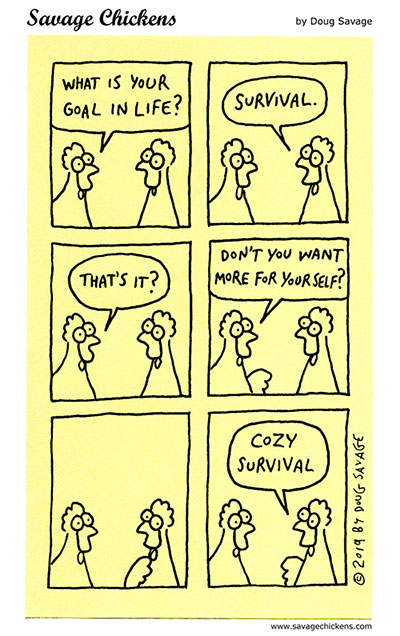