Im not sure if this cockerel is lazy, obese, or has some kind of condition. He is a brahma cockerel so he is a big breed. But i have realized he is a bit rounder than my other brahmas (they are pullets though).

I have felt that he sits down an awful lot. He would pant a lot too even if he is under a roof and its pretty chilly. Im guessing he is panting because he is tired not hot. He has been doing this since he was a young chick, maybe a month old? He was always sitting down while the other chicks were running around.

Im hoping to breed him next year as he is a friendly and caring cockerel. But if he does have some kind of issue i might not.. i may be overthinking this but just making sure he is okay.

Heres some pics of him laying down and compared to the others: (the brahma hen in the pic is a month older than him) 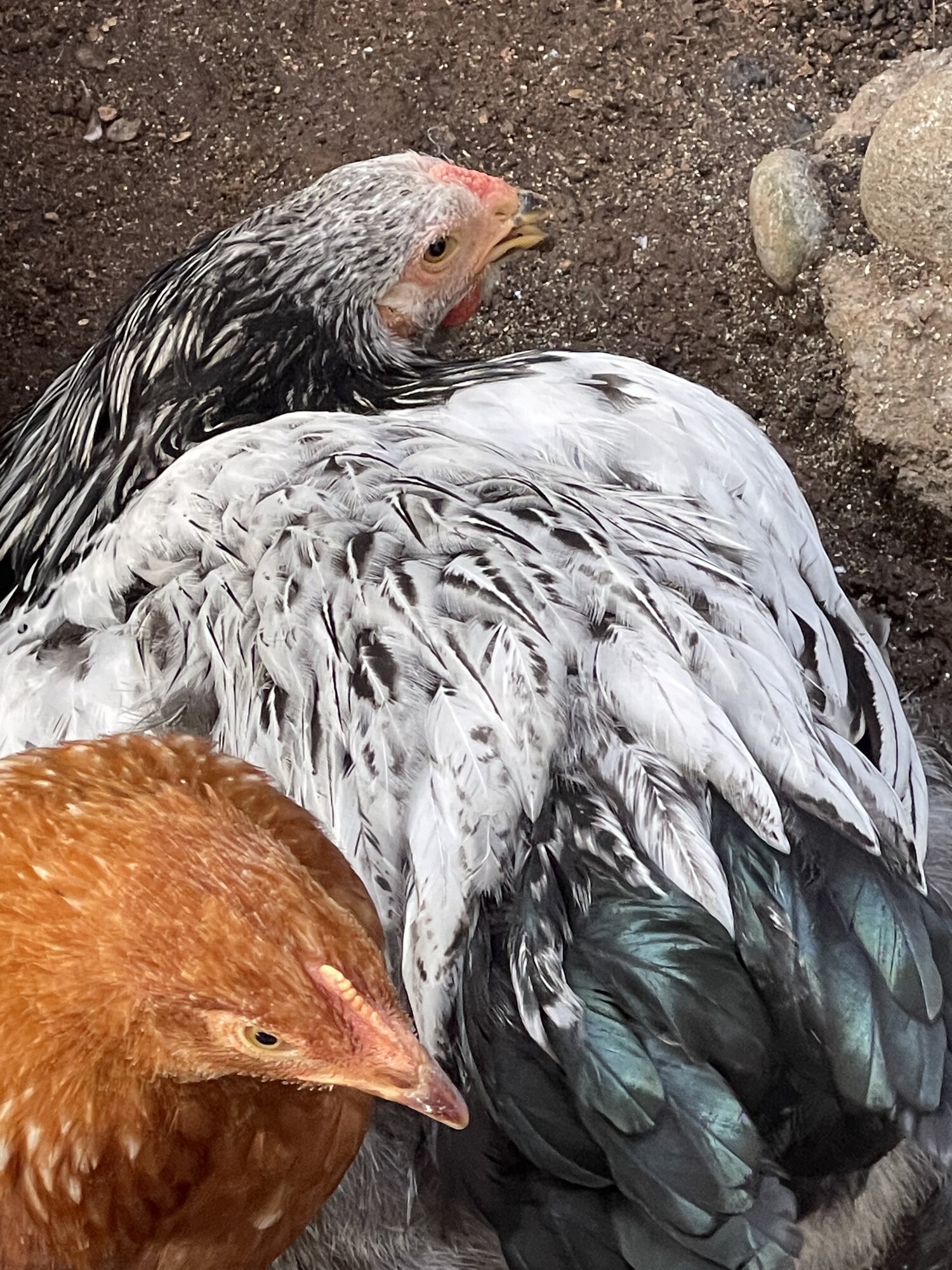 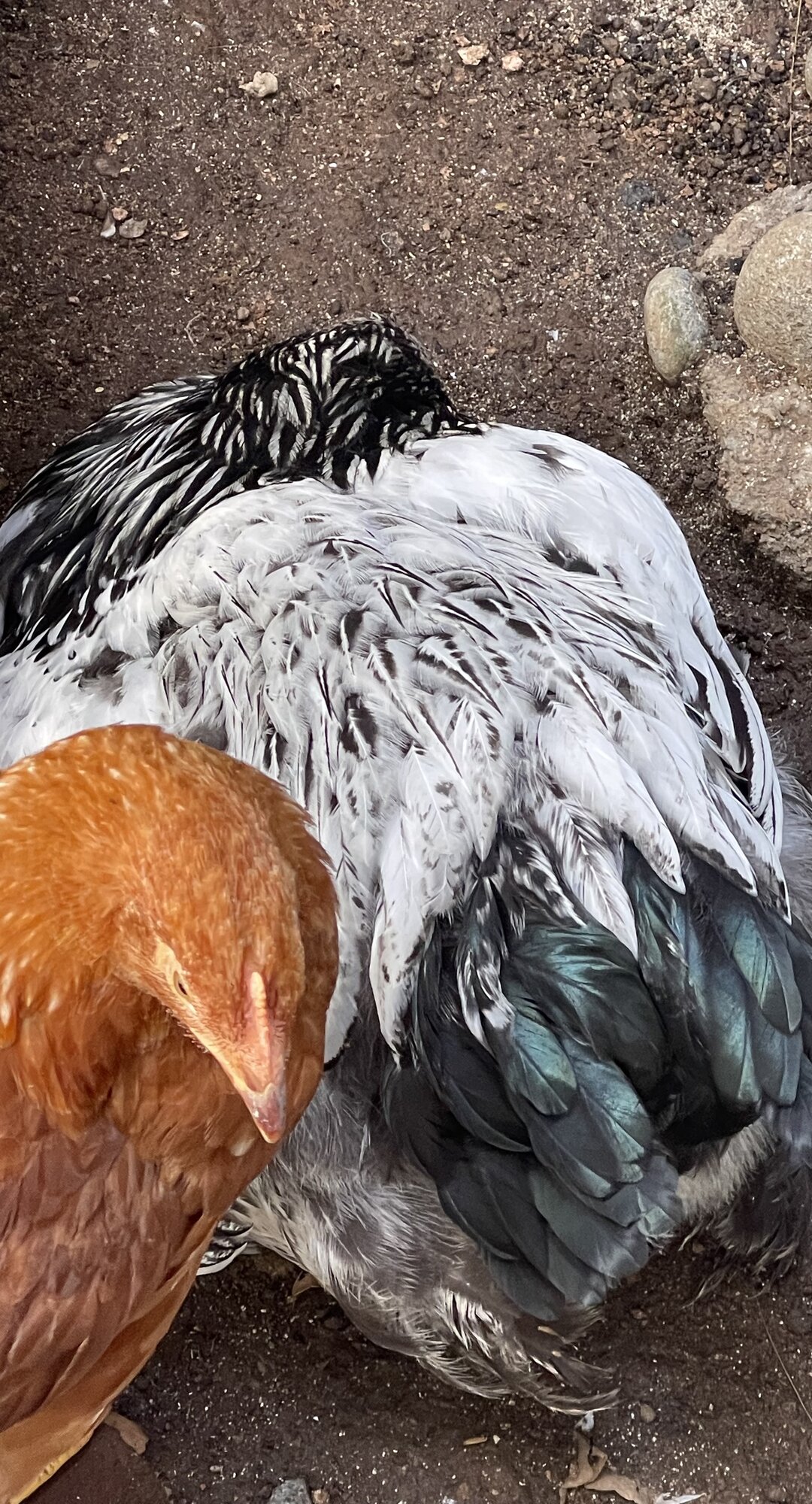 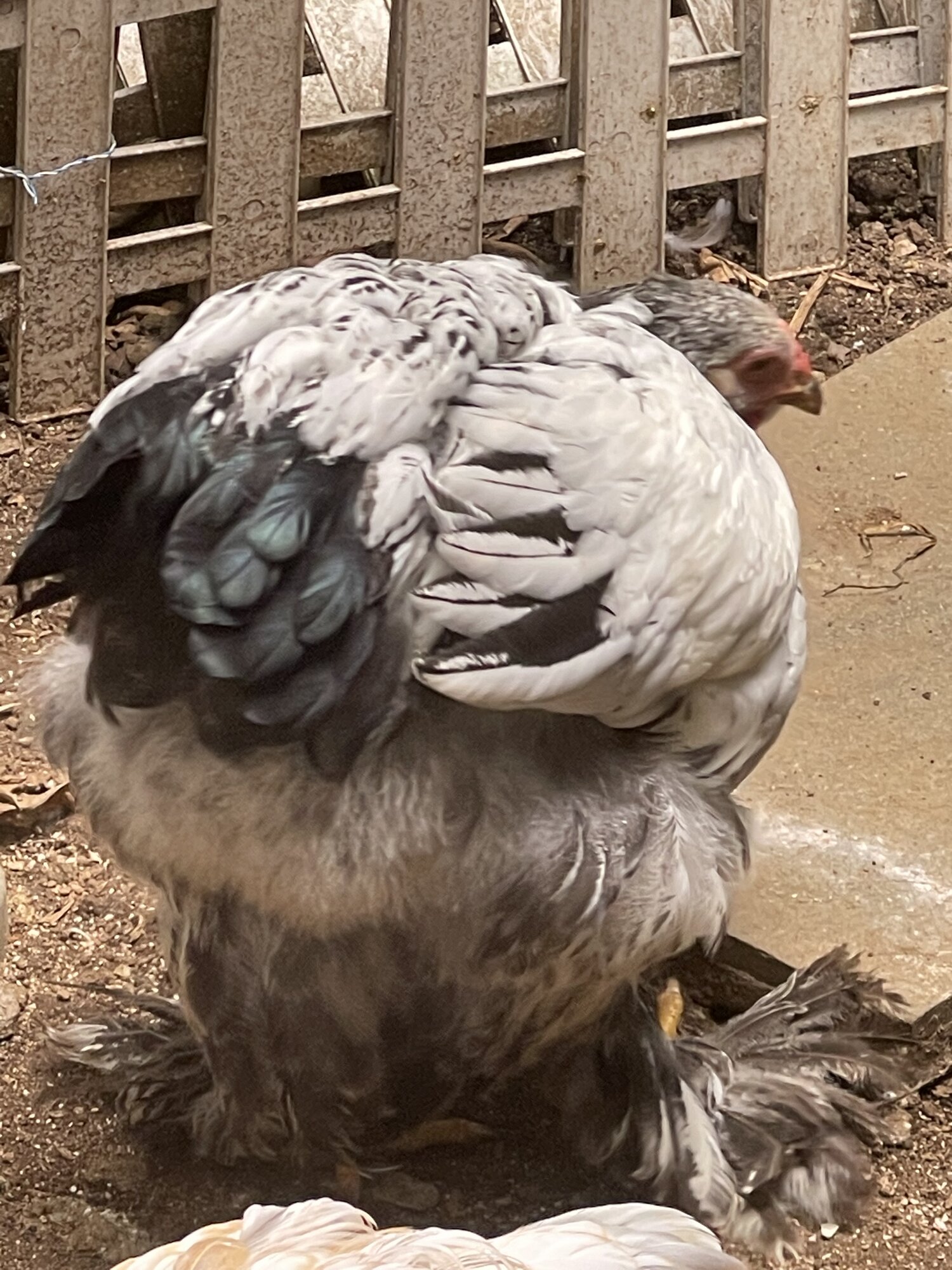 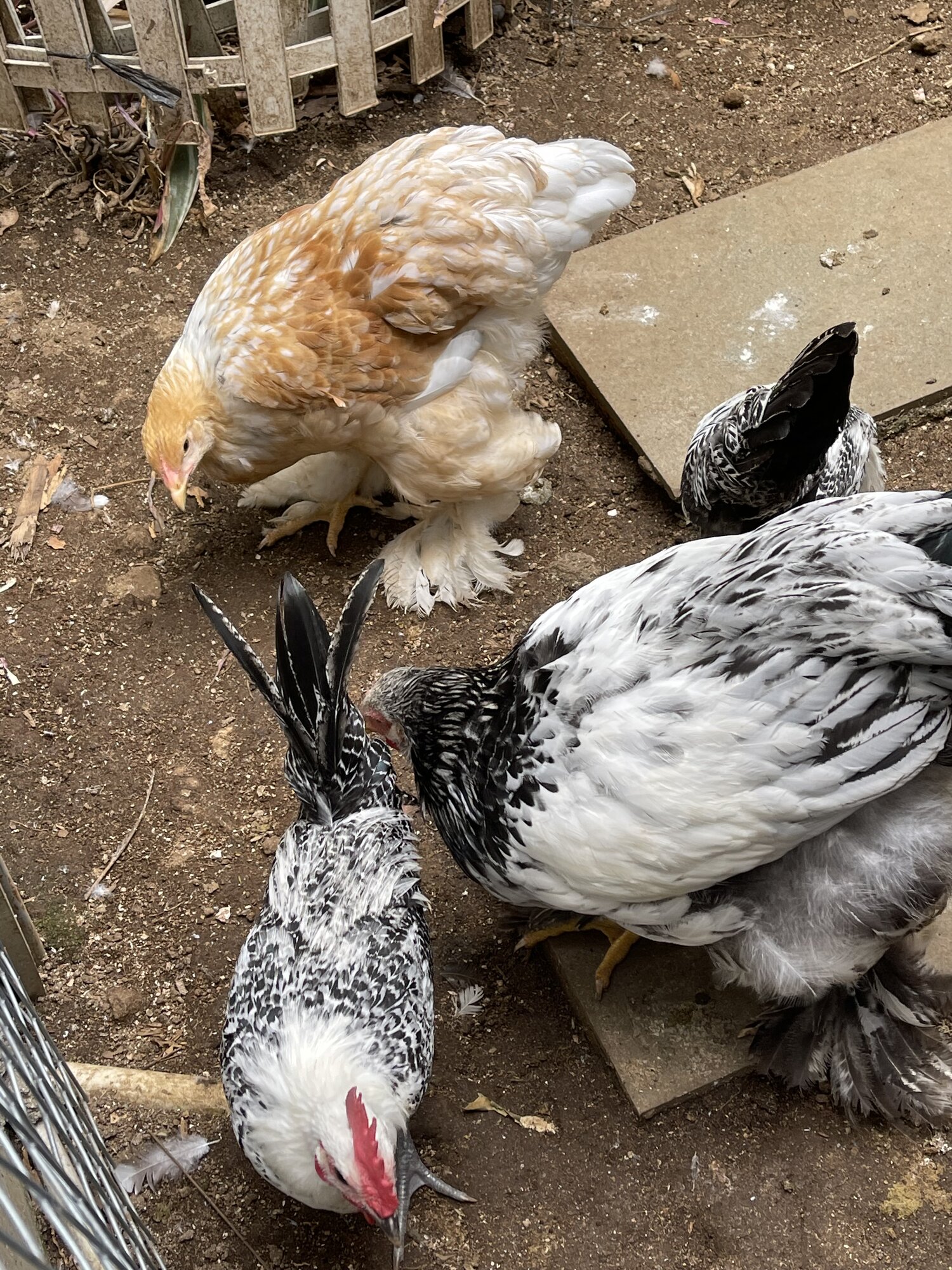 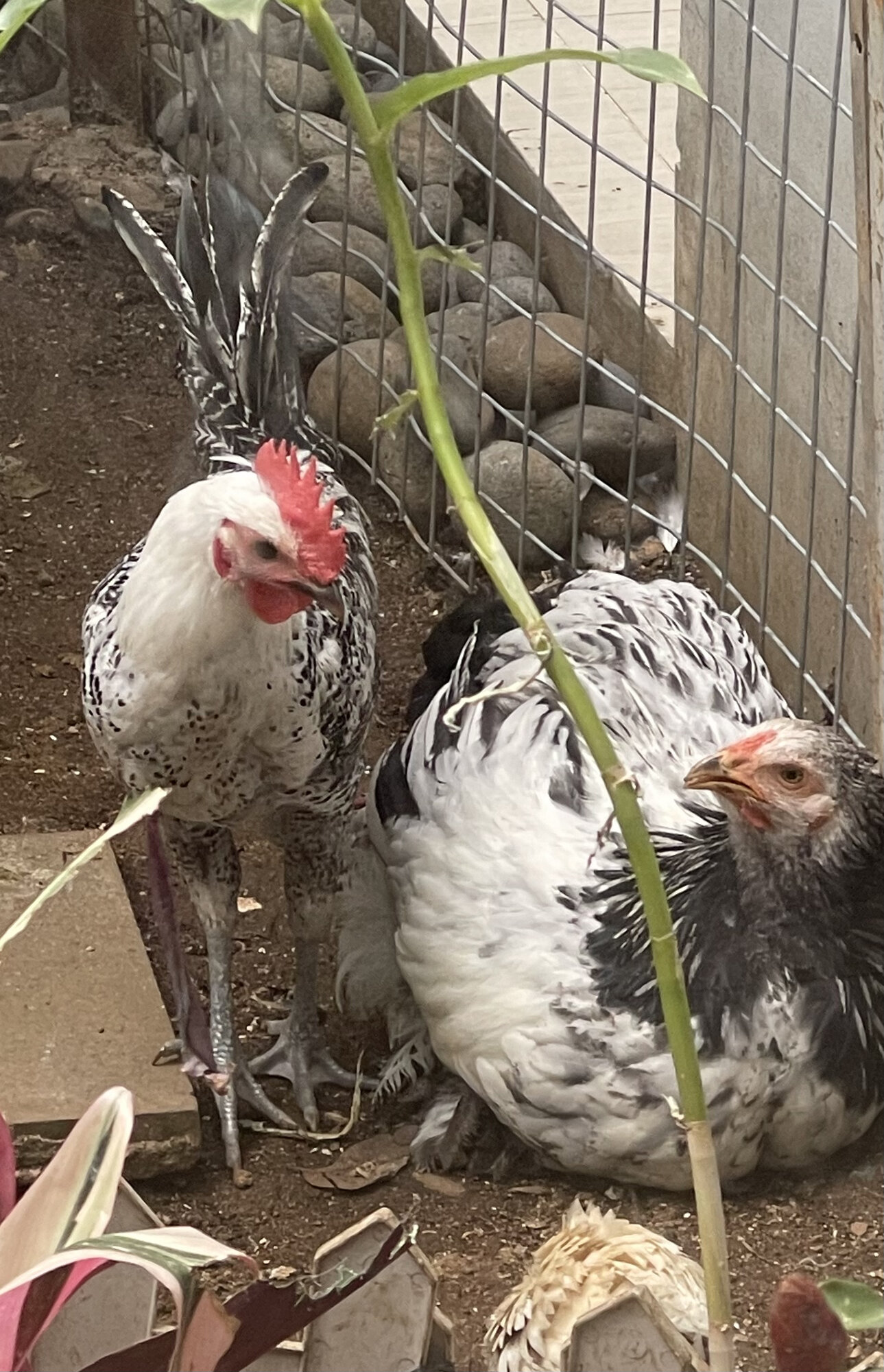 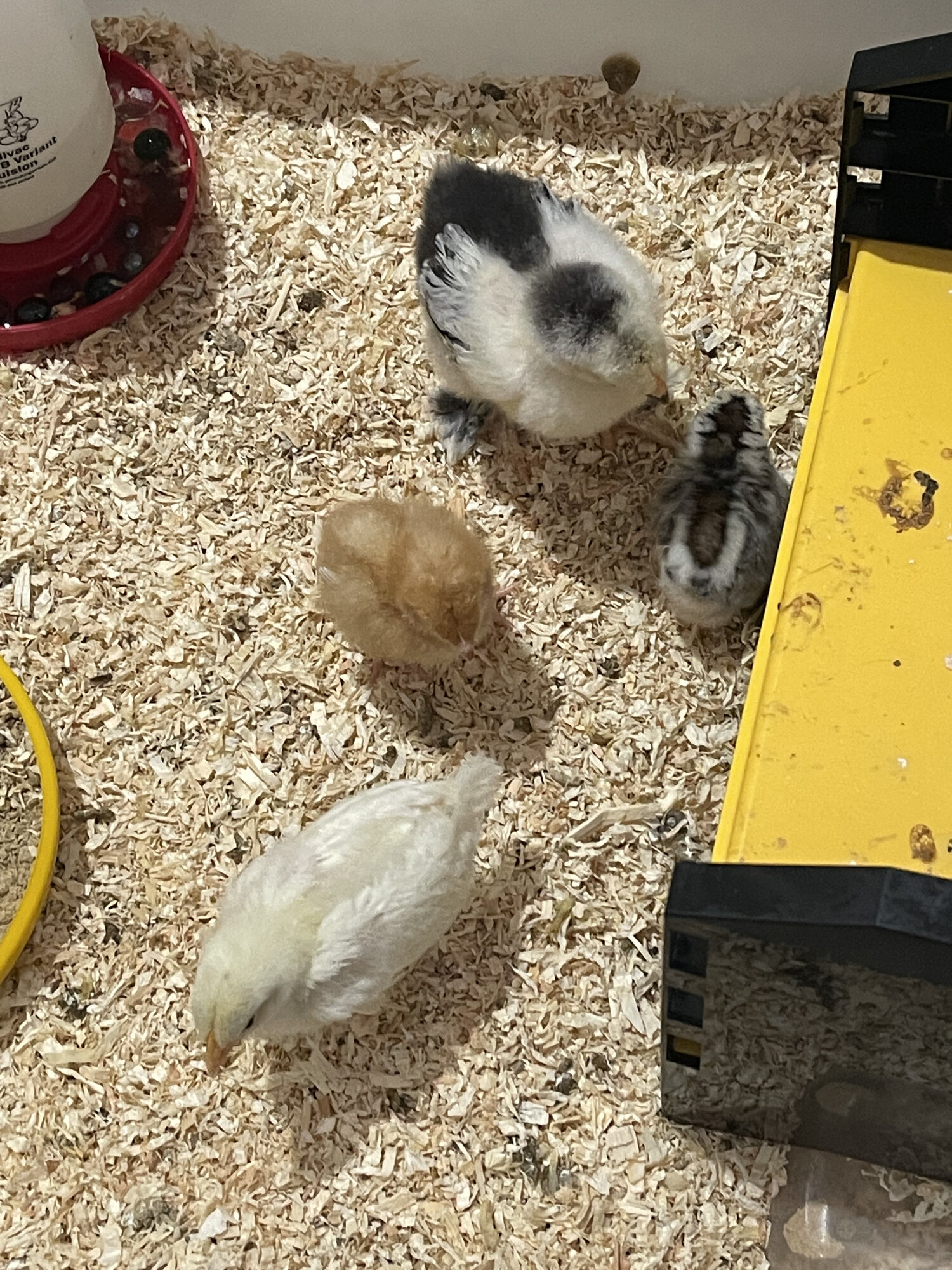 (Hes the black and white one) 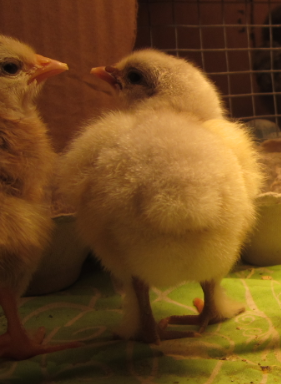 Oh really?, what about the shiny feathers and saddle feathers that are coming in? He hasn’t started crowing so that is the only thing that makes me kinda doubt he is a roo. But his comb reddened and started a three row very very fast for a hen.

Aw thats a very cute chick you have.

Do you know if my chicks panting is normal?

I almost wonder if he is a CornishX. Where did you get him?

@Overo Mare what do you think?

BigBlueHen53 said:
I almost wonder if he is a CornishX. Where did you get him?

@Overo Mare what do you think?
Click to expand...

Got him from a breeder, he keeps the breeds in aviary things. Weird that he would be cornishx but he does act like those i see on videos. He runs around for a bit then lays down. Even lays down while eating.

That is so strange about his size. I mean he has certainly shown CX type growth. Check his keel and tell me what he scores on this chart.

That is so strange about his size. I mean he has certainly shown CX type growth. Check his keel and tell me what he scores on this chart.
View attachment 2915943
Click to expand...

Think when he was two months old 4 but now i think a bit more than 3. The keel is not sticking out but his muscle is not over the keel either.

But he is really heavy. Not sure his exact weight but when i picked him up he is heavy. And he is only around 3 months old!

I just wonder if he could be Brahma x CornishX? I mean, that's what he looks/ behaves like. @Overo Mare, is there any way to tell?

Is there a possibility that you can weigh him? I'm sure we can all agree that his constant laying down is abnormal. I'm curious to know what exactly he weighs.

Which cockerel should I keep?