I ended up opening the last three in my incubator and they were all DIS.

My last chick is doing so much better! Still not out of the woods yet but I’m hopeful .

Welshchick said:
No more eggs hatched so I only have 3 chicks. Worst hatch rate ever! All the other eggs have fully formed chicks inside so I just don't understand why do many failed to hatch. Humidity was kept at 68 during lockdown so not that. Very dissapointing
Click to expand...

I only had 3 chicks this hatch which is my worse hatch rate in along time. It’s disappointing but it’s still early year. I’m guna do another hatch this month at some point.

I can hear peeps coming from the incubator! Yeeey! I can't see any pips yet, but it might be hard te see because of all the baskets in there.

Humidity is 74, i hope that will do and i'm so excited to welcome these new chicks!

Brooder is ready to go! I'm just washing my food bowls and drinking nipples and everything is set for the peeps to come! I'm so hoping for a good result! 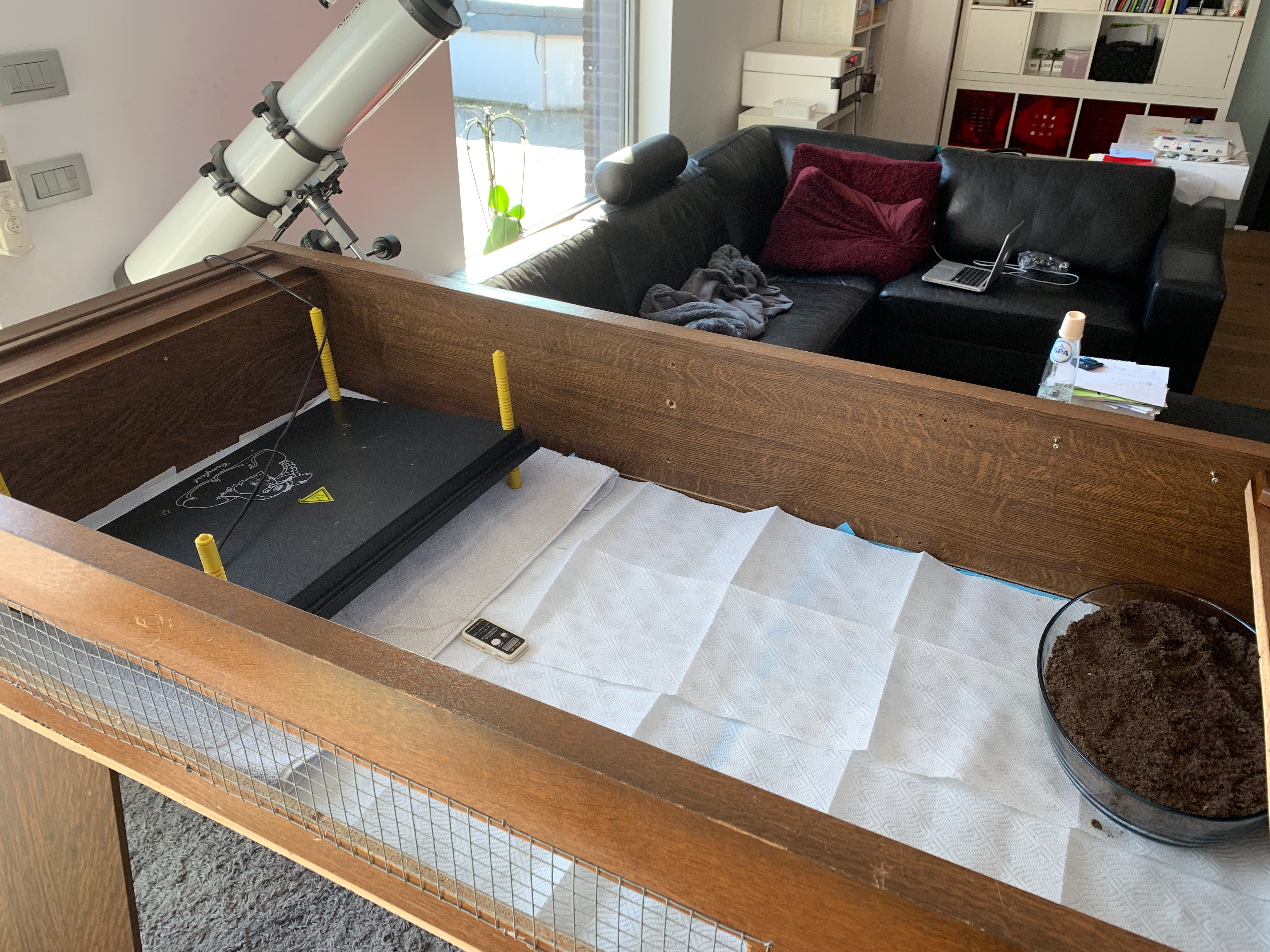 Lockdown day! Actually did it a few hours early and i'm glad there is already one pip and the rest have rolled out of the lines i'd arranged them in.

Chickassan said:
Lockdown day! Actually did it a few hours early and i'm glad there is already one pip and the rest have rolled out of the lines i'd arranged them in.

Alot of my eggs are small 40ish grams so I was expecting some early activity.
Two are 60 gram so those should be more on schedule.

Had a late hatching duckling, so ended up with 6/9 rather than 5, so that’s cool. Last lockdown for a few weeks is tomorrow! It’s an important one for me, so I’m really hoping it goes well!

10 Silver Appleyard eggs going in out of 12 (2 early quitters) and 2 candled questionable to me, so we’ll see how it goes.

I borrowed a few baby bunnies from my parents and did an Easter photo shoot with some family.
Thought you all might appreciate a few of the ones that didn’t turn out lol 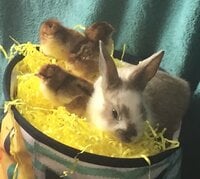 Well, the splayed-legged sultan finally died(I was expecting that), so I now only have two sultans left. I expect the one d'uccle with splayed legs to die soon and hopefully that will be it. Thankfully, the lone porcelain is still healthy, but who knows what could happen next. I'll just have to hatch some more. That being said, it's only the sultans and d'uccles that I'm really having problems with which I kind of expected from past experiences. The cemanis seem healthy and I expect some more chicks in a few days(and hopefully some goslings after that).

I started to set up my brooder pen today and decided to move it outside. I live in a really temperate area so I figured why not. It’s on my deck to provide some weather proofing, and an extra fence to deter overly enthusiastic dogs. I need to get a better top but it will do for now. The chicks seem happy. They have like 5x more space.