When the BF and I moved into a place with a bigger yard, we bought a little 7x 3 coop but promised the girls that eventually they'd get better digs. Well here we have it! Got a great deal on a rubbermaid shed and I am beyond excited to finally have something I can stand up in, clean easily, store feed in, and most importantly fit all of my girls in!

First level the dirt and build the floor. Fortunately according to the instructions these things can be built right on the ground. 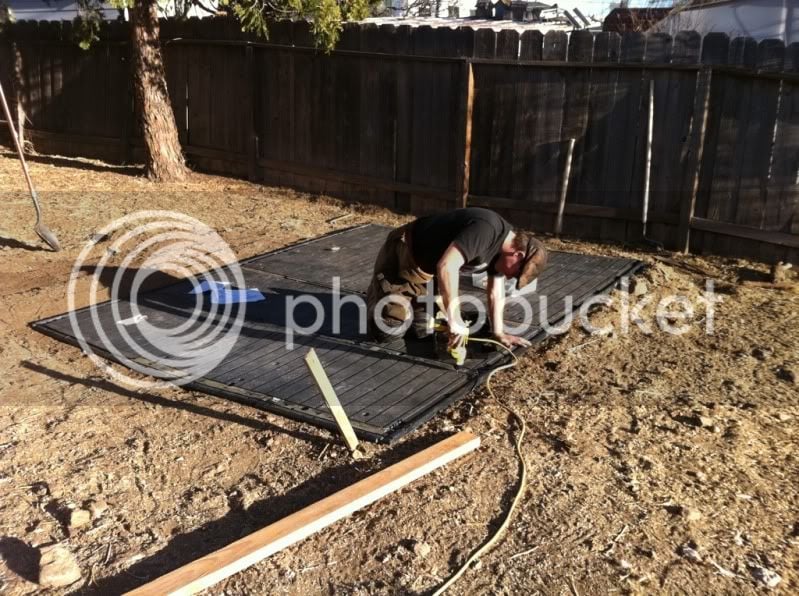 Then up with the walls. This is where we got stuck for a while because we realized we were missing a teeny tiny piece and had to wait for the guy to deliver it. 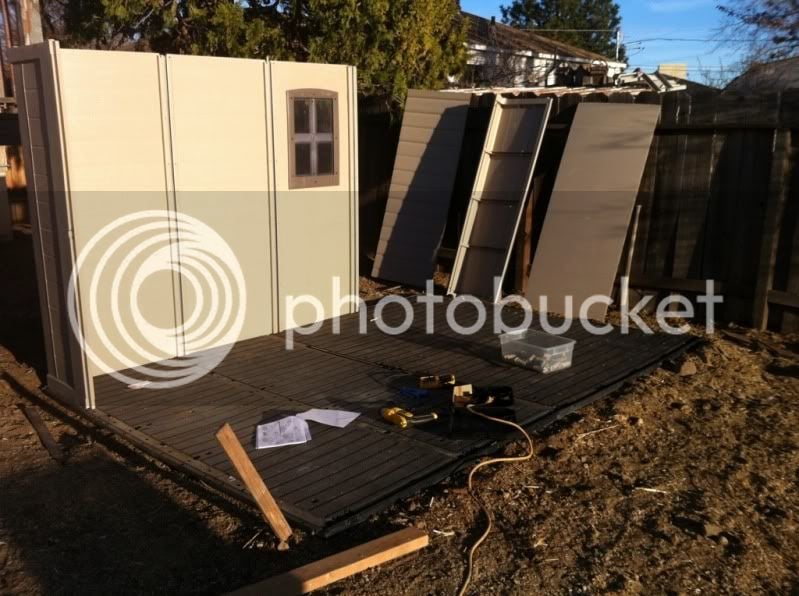 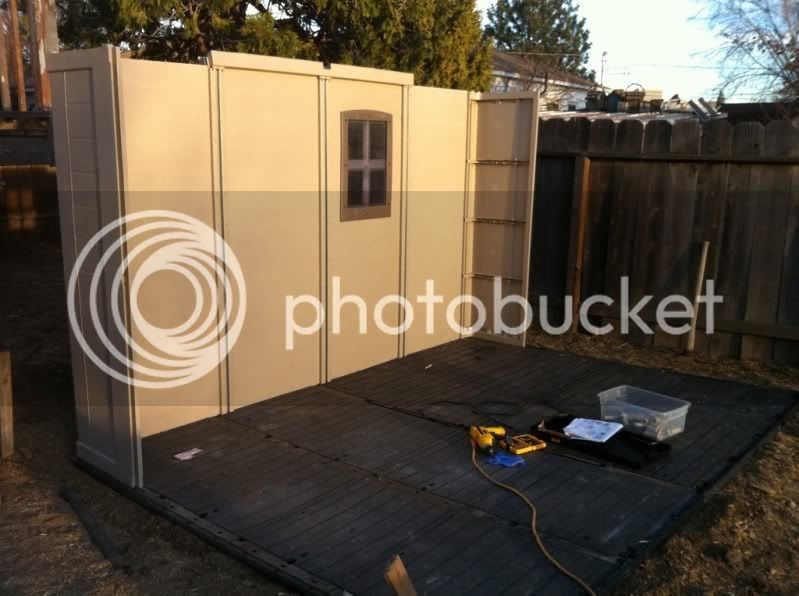 The girls lazed in the sun whilst we slaves away. See their itty bitty coop in the background? 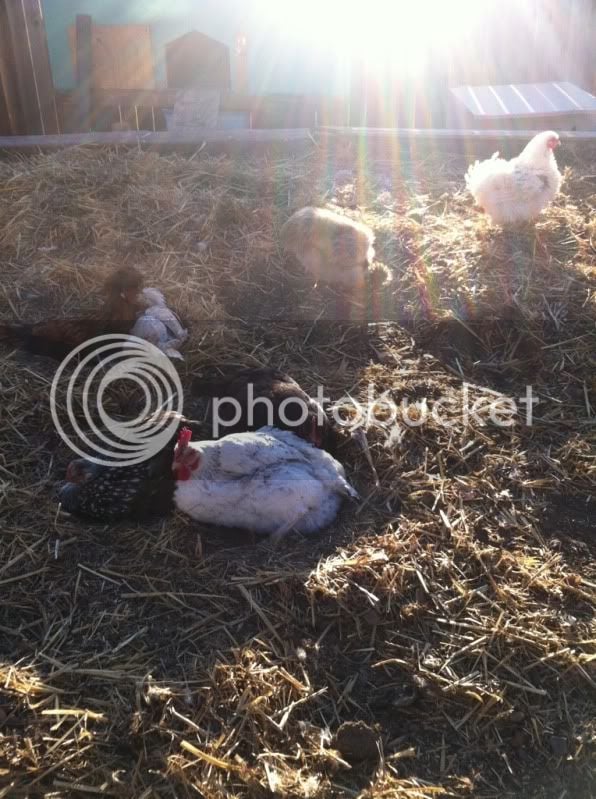 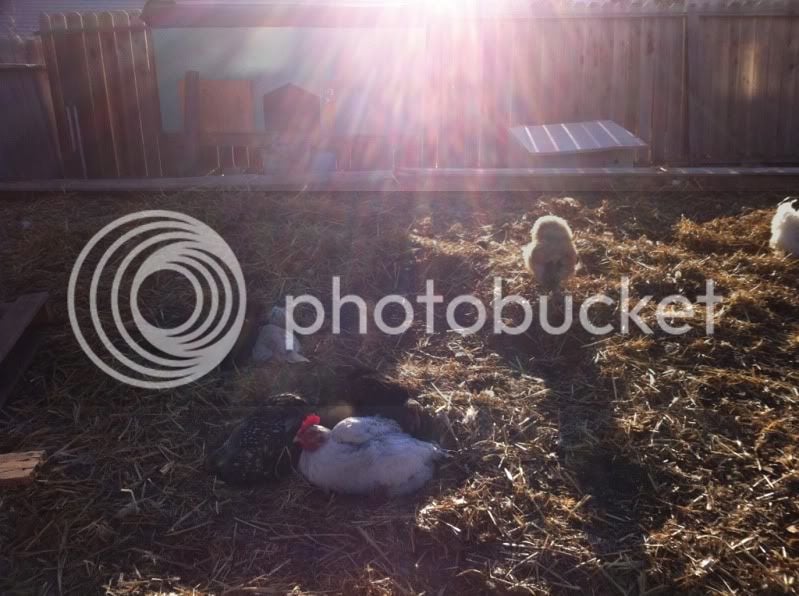 Finally started up again. All walls on. 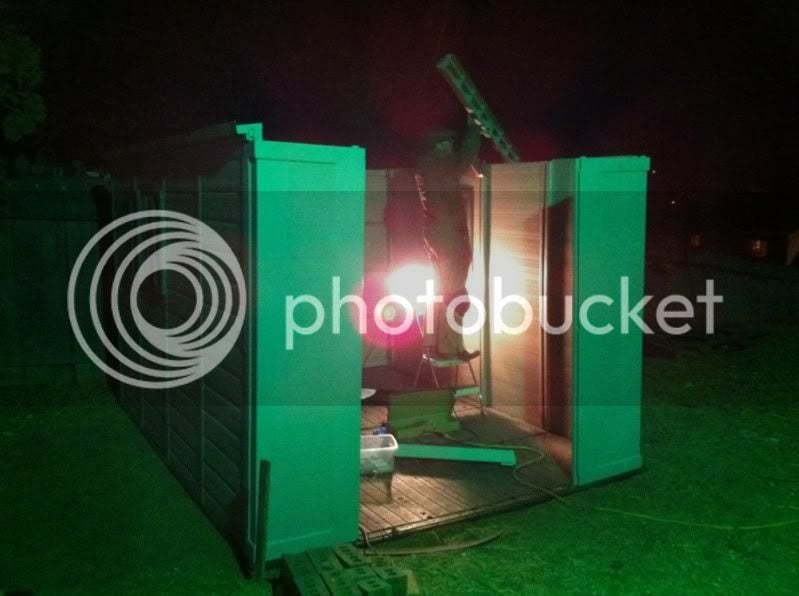 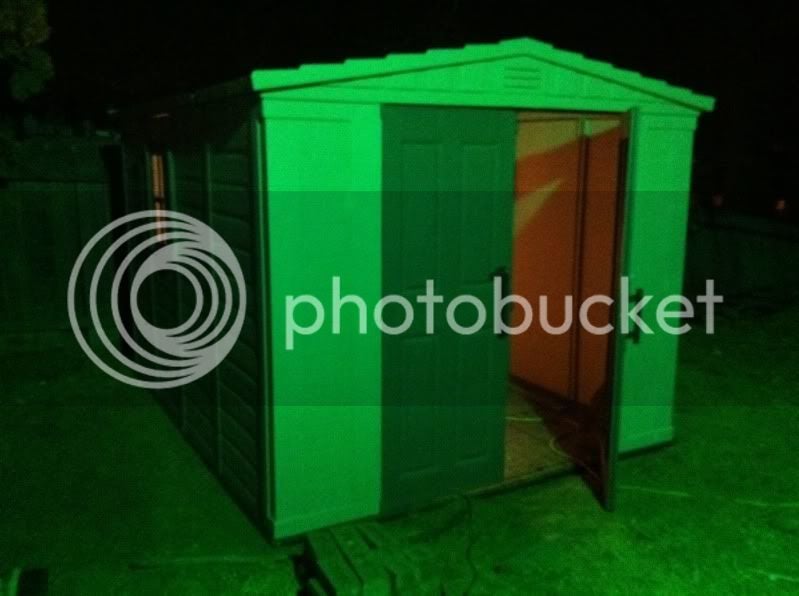 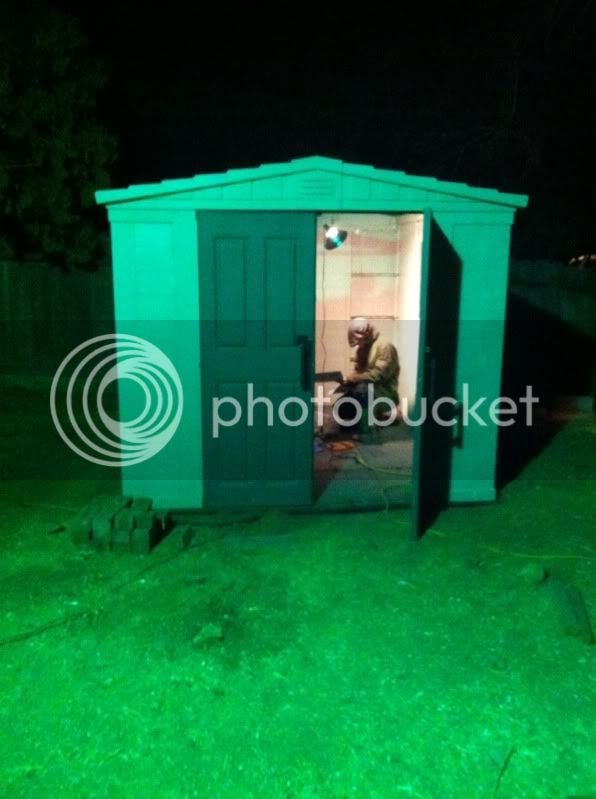 Called it quits for the night, out toes were freezing!
Started up this morning with the roof 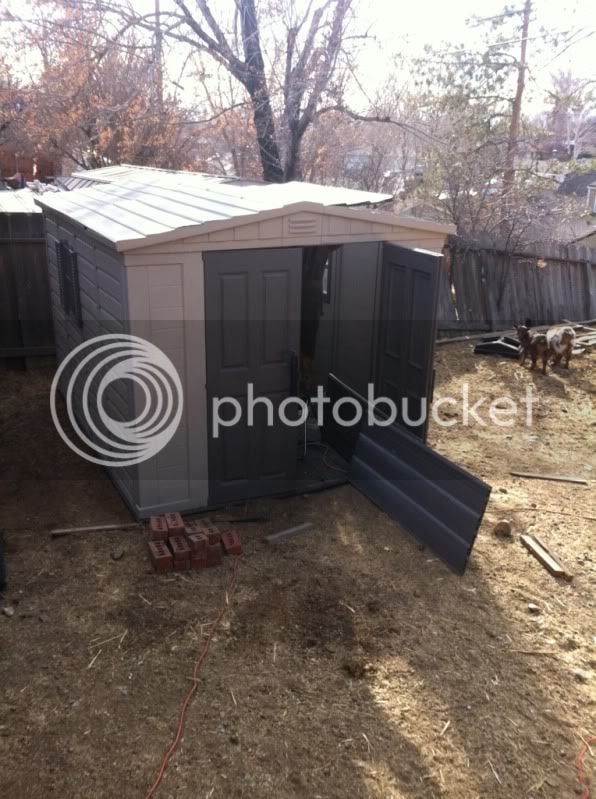 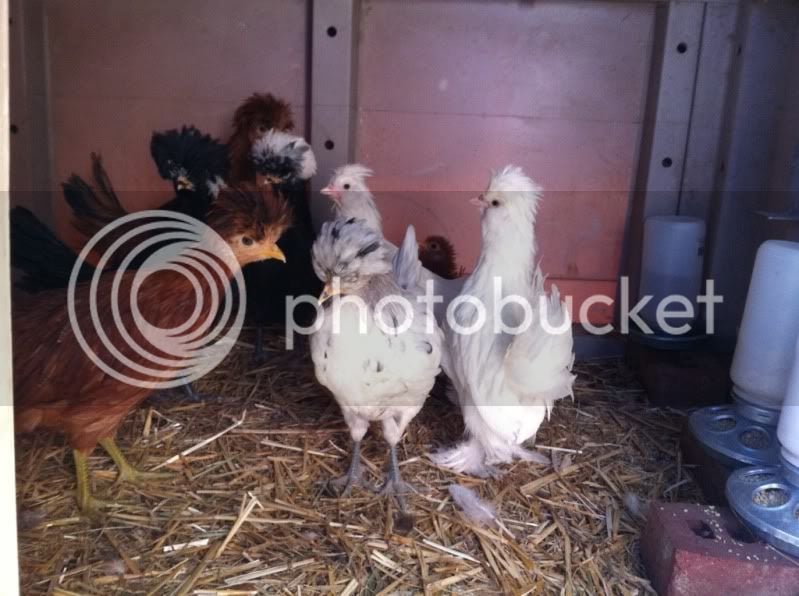 Securing the roof and finishing up! 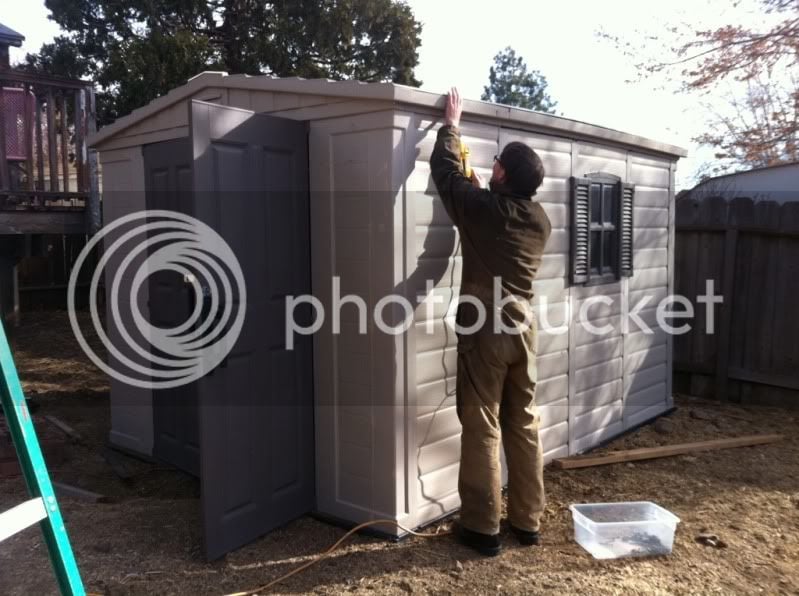 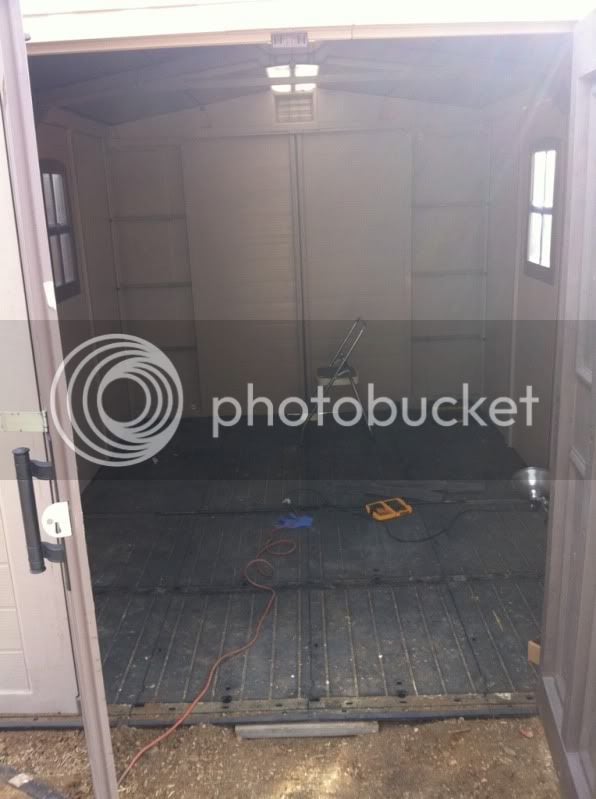 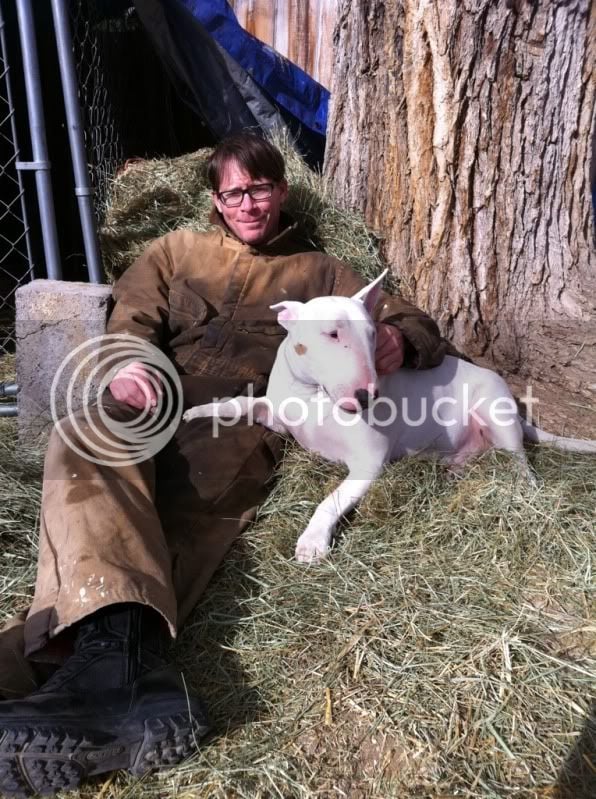 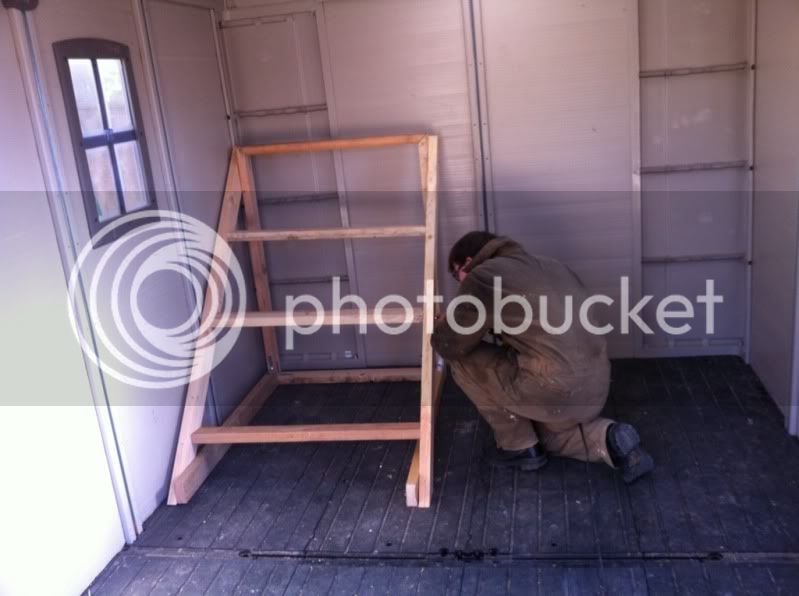 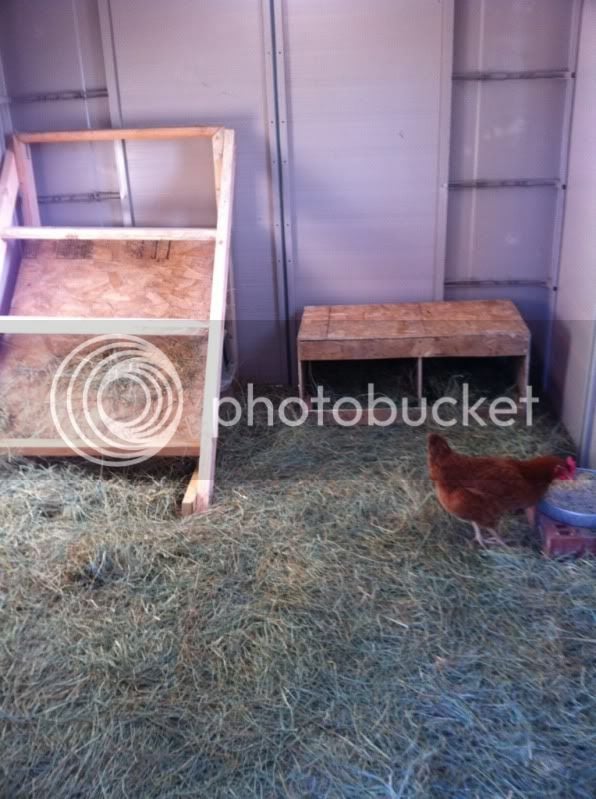 Components for building the new feeder 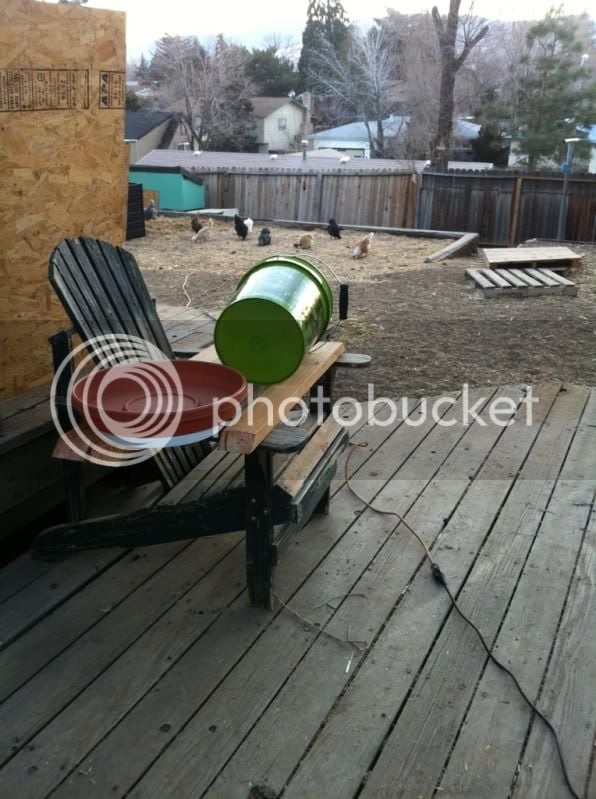 Locking up the babies for the night. First night outside! 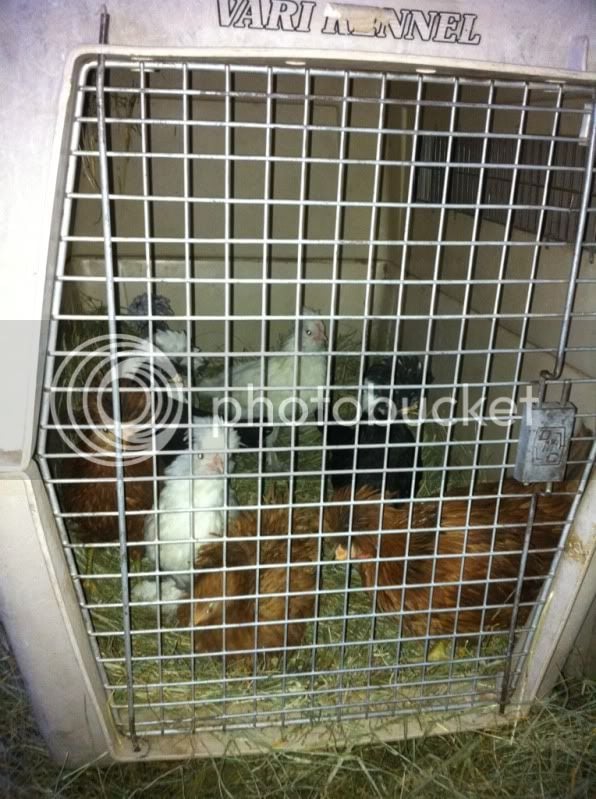 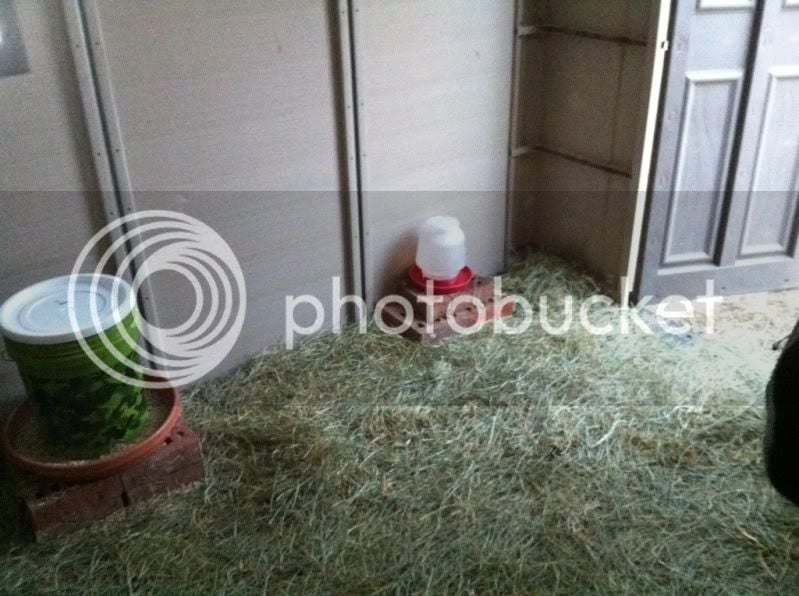 Okay so we had to wrestle the girls outta their old coop and into this one. They are COMPLETELY confused and only a couple of them have figured out the new perches. ( we put them all up there and only three stayed on.) there was a lot of confusion with the board undernieth the perches. The girls thought they could stand on it then slid all the way to the floor. I put it there because I have a couple of small floor-sleepers that I didn't want to get pooped on. I put a light in there so they could see what's going on, at least for a few hours. I'm hoping they figure it out. 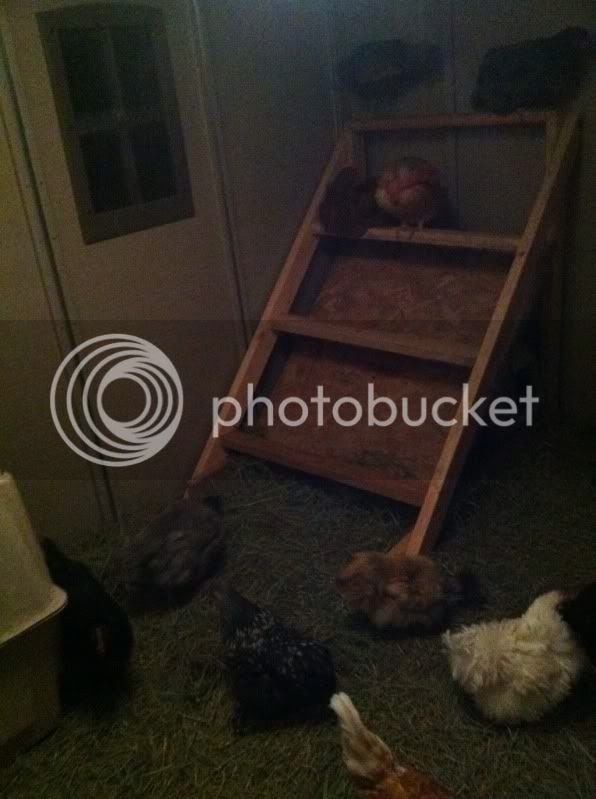 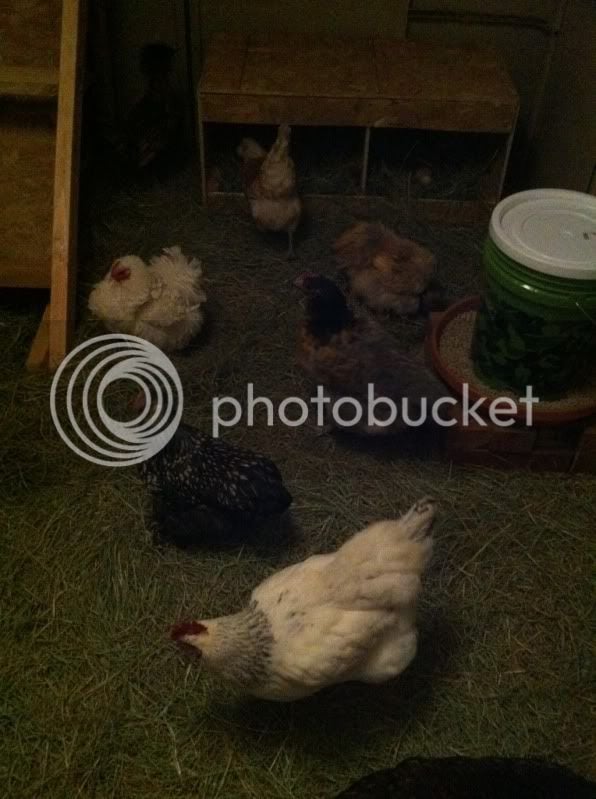 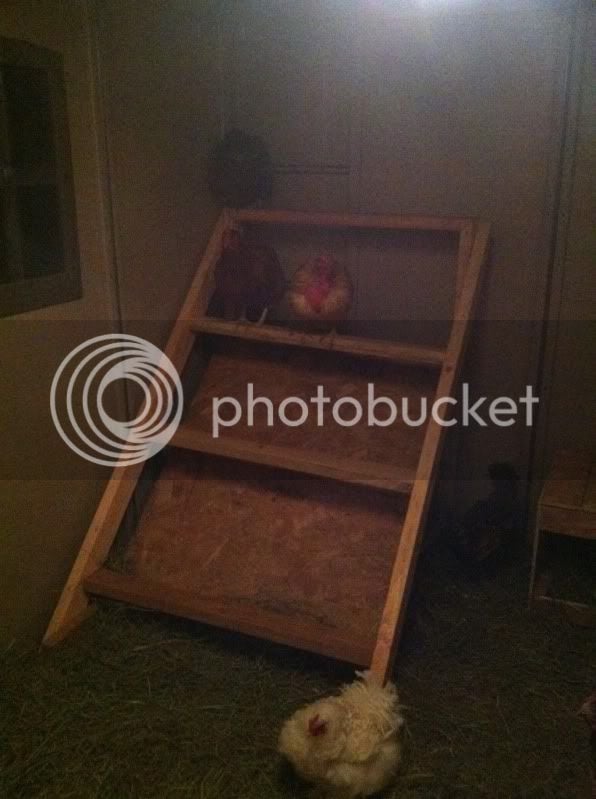 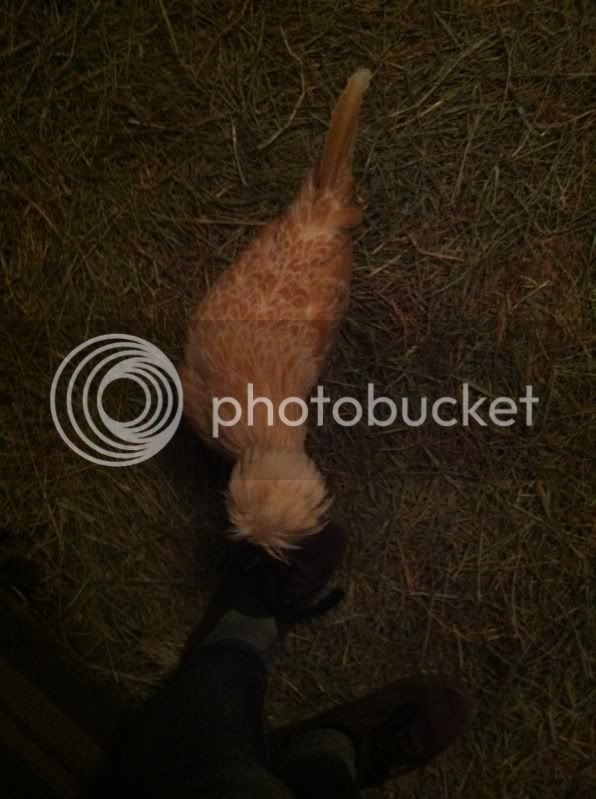 From outside the north window 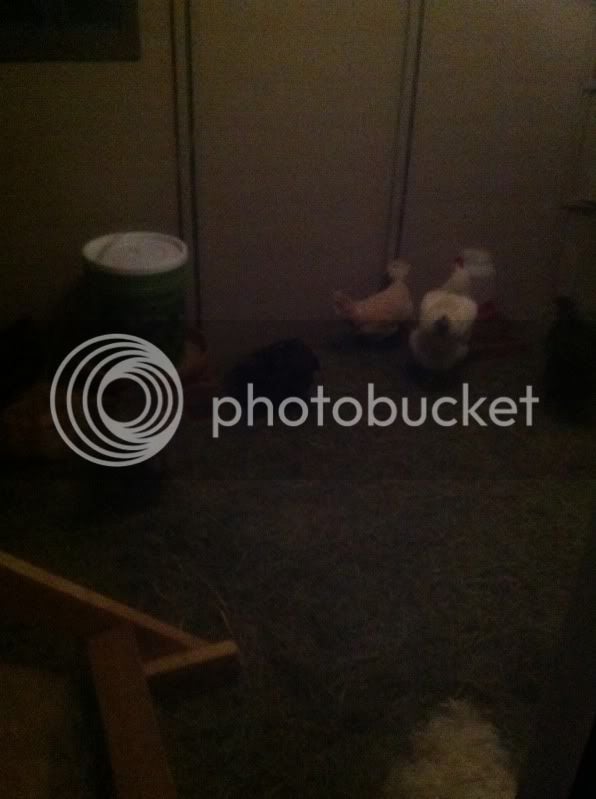 From outside the south window 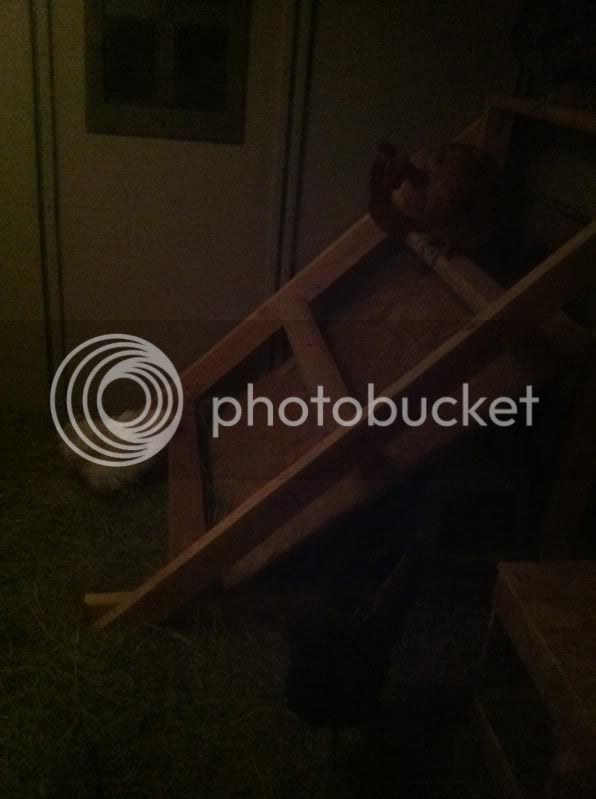 So??? Any suggestions for improvement?

Also do you guys think I should leave the girls locked up tomorrow? With the old coop still outside I see more confusion in the future until they know to go in their new giant coop. Also do you think I should go back out in a few hours and shut the light off? I turned it on because They couldn't figure out the perches when I put em in it.

All in all I do have to say that this shed was a breeze to build and the instructions were very easy to understand. I hope it will be cool in the summer but I can't say yet. I'll report back after a heavy snow and then again after a heat wave and let ya know!!!

Awesome Aubrey!!! What happened to the idea of raising it so snow wouldn't be a problem? Are you gonna cut a pop door in for them to go in and out? And yes I would leave them in for a couple of days so they figure it out. You will still get a die-hard or two going back to the other coop if they can still see it.
Last edited: Jan 1, 2012

Quote:
we decided to ground it because thats what the instructions said was best. Also i was slightly worried that if we had crazy wind it would just go under it and lift it up. We will see how this works out, i think its light enough to still move and raise if we decide thats a better choice down the line.

yep we will put in a lockable doggy door this week! Luckily the weather is nice enough to just leave the big door open for the next few days.

It's nice! Is there ventilation?

thanks guys. There are two vents, one located in the front roof piece and one in the back. They arent HUGE, but the windows open up and was thinking about putting hardware cloth over them in the summer

Your girls must think they're in the Taj Mahal.

Hey, have you named the new coop? We could help with that..... lol

How about "The Rubbermaid Rio"

Very nice job. I hope to have something like that for my new chicken pen soon. We're enclosing 40x40' of my backyard for the chickens and haven't though through a coop yet. For now we'll stick their chicken tractor inside until we figure it out. I think I'll start shopping around for a resin shed

Dream chicken coop—let’s design one together!
2

Top shed gap- how to predator proof it