Pebbles and the Adventures of Chicks!

I've been wanting to tell this story for a long time and just never got around to it! So here it goes!

So I'll start out with pebbles, we got pebbles from a breeder in Corfu, NY in 2011. We were originally going to get 6 RIRs but they only had 5, so they gave us a mystery chick. They told us it was a "Lynx" chicken, and it wasn't till recently when I found out what breed she was (Speckled Sussex)! She was the sweetest thing ever! She survived many fox, opossum, weasel, and hawk attacks. She went broody in 2014, but we didn't have any roos. In 2015, we got 2 handsome Buff Orpington roos. So, in late July of last year she went missing. I cried my eyes out for days. Finally, I stopped looking. So in late August we just got home from a camping trip in eastern, PA, and I went about doing my routine chores, watering/feeding the chickens, cats, horses, etc. When it came time to feed our dog Belle, I walked into the garage and heard this peeping noise, at first I thought it was a cricket. Then I realised it was a bird of some sort, so I looked for a bird's nest. Then I saw a little tan with dark brown strip down the back, fluffball of a chick! My first reaction was, "What in the world!" So, I walked over to "Niima", and picked her up and ran to the house shouting, " I'm a grandpa! I'm a grandpa!". My family had the same reaction I did! So, I walked back to the garage and found broody Pebbles, with 3 more chicks! So dad and I went to get the brooder out of storage. After we got Pebbles and her chicks all settled in the brooder we named them, Sienna, Niima, Buffy Jr. and Princess (now Prince). Then, I noticed all these tiny bugs crawling on me, bird mites! So, we looked up on BYC (before I joined) what to do with bird mites and how to get rid of them. So, we dusted them with DE and wood ash. Then, one of the eggs started to hatch! And I got to hold "Tudy" to keep her warm! That was AWESOME! (Since then, I think she imprinted on me!) Then, so set that Sunday evening sun, then the next day we went and checked on them and noticed a leg. One of the chicks had hatched and Pebbles rejected it, and it died. Then we were cleaning the brooder dad told me to keep an eye on the chicks in the yard. But then, Belle the dog snuck up on the chicks and I didn't know it. Dad asked me a question and I turned to answer him, and Belle used the opportunity to attack one of the chicks, poor little Niima. Peebles and I chased Belle away, then rushed back to the chick. We attempted to stitch the wound, but it was to late. To this day I feel like I let them down. I only cried as hard at my grandpa's funeral. The next day, the mites were gone! But, we found another dead chick. So, I took the chicks and Peebles outside in a fenced in area and tied Belle up. Everything, from there on out was fine, Tudy, Sienna, and Buffy Jr. Started laying this spring, and Prince found his crow in late January. Today, Pebbles and her chicks still reside here. Tudy has yet to find her big girl voice, she kinda does a very raspy " cheep ". A few weeks ago Tudy became broody and still is! Yesterday, Sienna went broody too! I will continue to update y'all as things progress here on Rockin' K Ranch!

Very cute story! I like the names!
I am sorry about Niima.

I have Speckled Sussex too,
They are adorable as babies and beautiful as adults!
Do you have any pics? If ya don't that's okay!

I'm so sorry the pics aren't loading! Thank you!

Wow! I just re-found this! 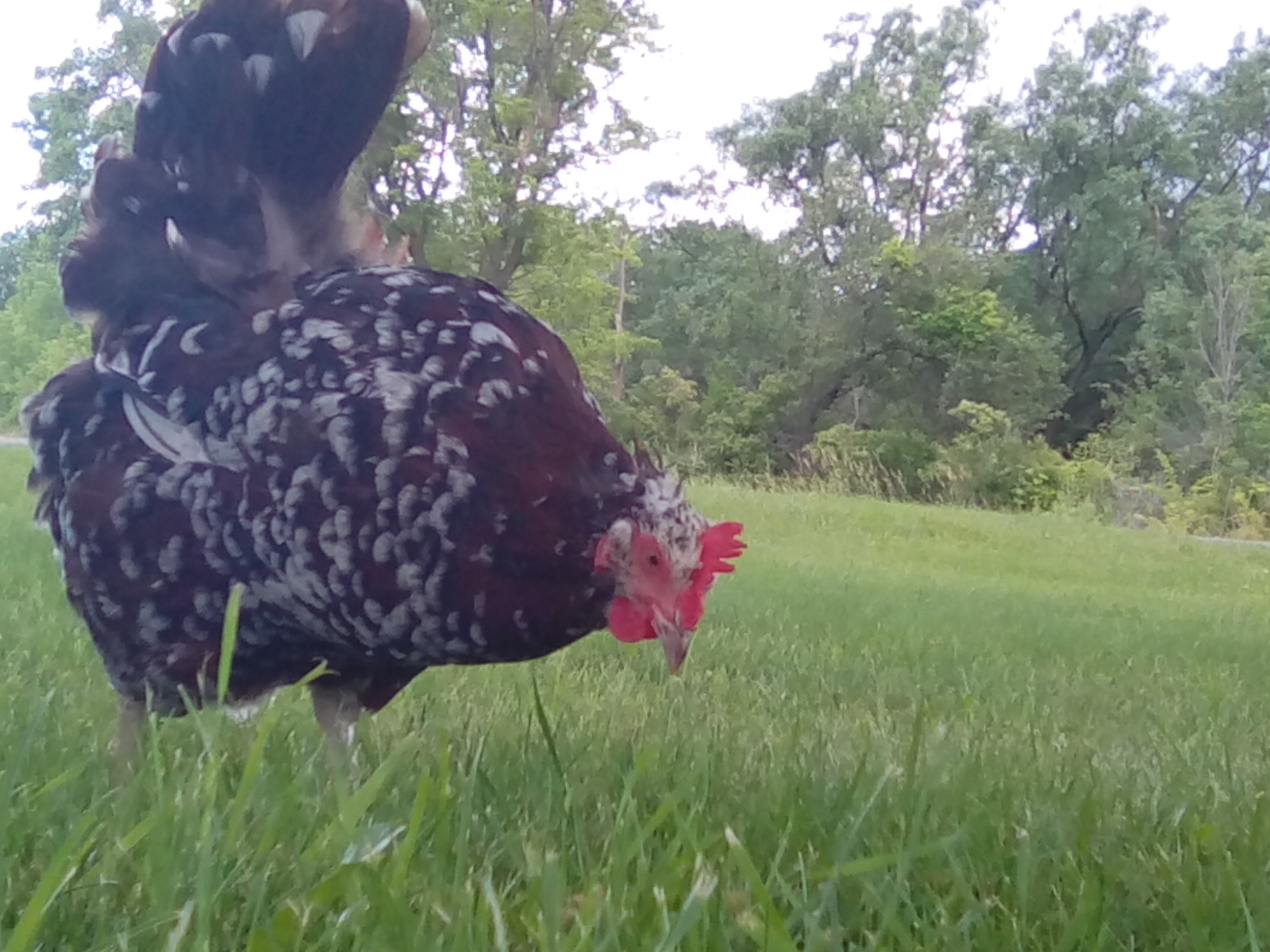 Pebbles is so cute! I never knew hens could go broody while still peeping

RoostersAreAwesome said:
Pebbles is so cute! I never knew hens could go broody while still peeping

She is adorable!! I love Pebbles!!!

The Angry Hen said:
She is adorable!! I love Pebbles!!!
Click to expand...

You are very welcome!!

Back hand stories from bottom of the barrel chickens