I think chickens can be so precious it brings you to tears.
Even though I don't cry often, when I think about 2 of my hens I do.

I have a New Hampshire / Delaware / Dork hen.
Her name is Gabby.

When Gabby was born, my Dad and I were in the lower part of our barn.
I heard chirping -- Not even a day or two in that week...

My Dad started to give up on thinking the rooster was fertile in the first place. I admit I did a bit, just a bit though, because our 1st rooster wasn't fertile either.

So back to the story, when I heard chirps I thought it was a nearby nest of swallows. Nope, I walked upstairs and there was the chick. Gabby.

I yelled to my Dad and he saw it too.
He went in the house to get a small bowl of water...

My Mom and I watched as the chick jumped, startled, another hen that was the same breed as the mother pecked her foot.

We helped her and she limped for a month. She had healed.
Wow, she made it!

Before Gabby had hatched, when we almost thought no one would hatch, we ordered eggs.

The mother had to care for Gabby.
So, she gave up on the former nest. We candled the eggs.

We gathered items a chicken would need. A heat lamp, shoe box, towel, water and food.

I raised her in my room.
For 3 months.

She grew into bigger cages until ready for the coop.
No one in any of the flocks liked her.

She follows me where ever I go.
Outside, to the food, even on the grass.

I am her blanket, she is my buddy.

P.S.
I would love to hear stories of your chickens!

Can I see a picture of you hen gabby

Sure! I hope it isn't too blurry, she's a bit timid so she won't sit still! 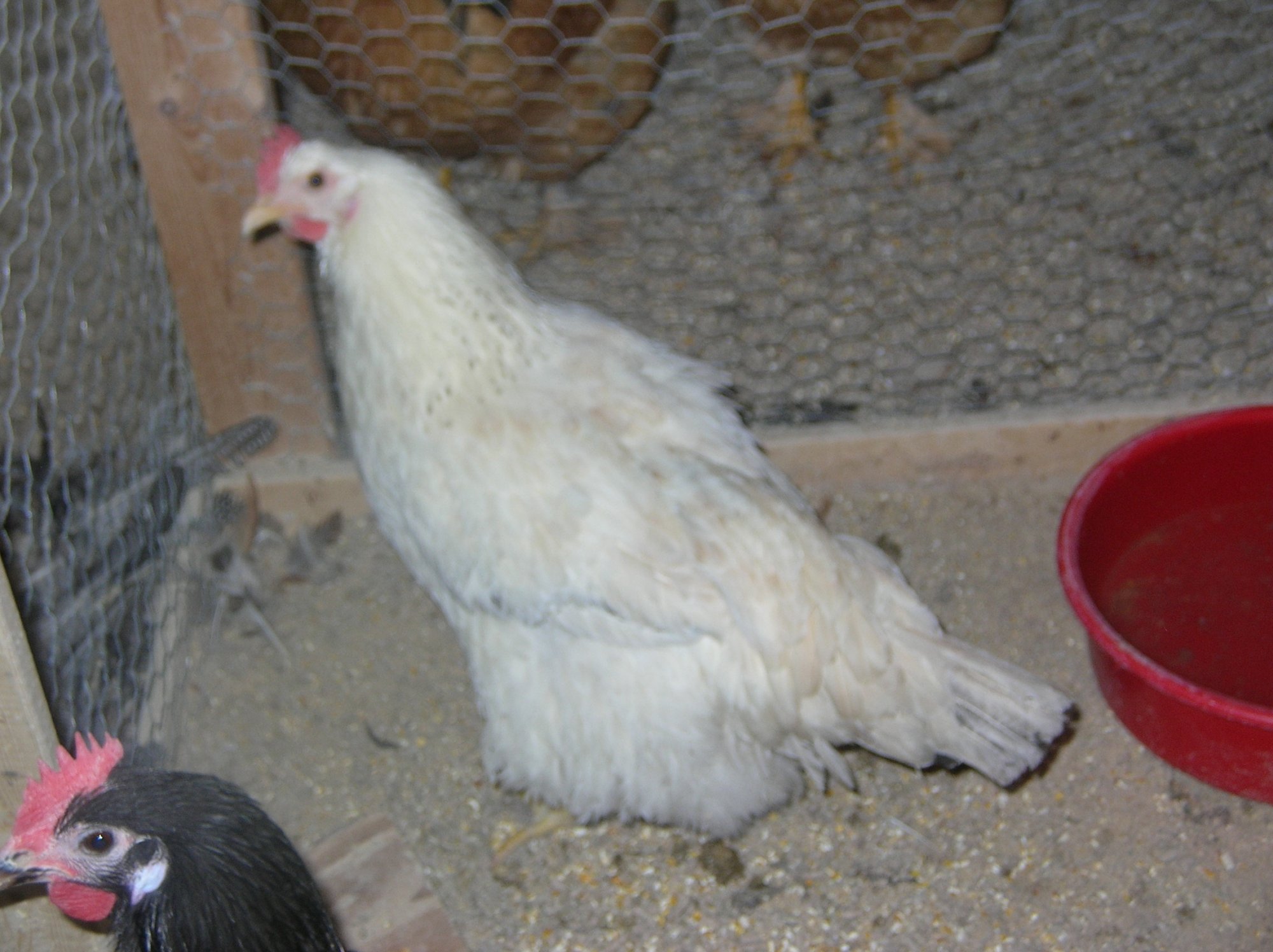 Remembering Those We Lost

My hen identifies as a rooster