Hello! I'm new to this community and I was hoping that someone here might be able to share their knowledge with me in order to prevent a very sad reoccuring event from happening again.

My husband and I have been attempting to incubate fertilized eggs from our own flock for a few months now, somewhat unsuccessfully. We have thus far managed to hatch a few healthy chicks, but there have been far more unhatched eggs as well as unhealthy chicks. It hurts my heart to see them suffer and die soon after.

We have been using an incubator that does not include any of the bells and whistles, such as a humidity regulator or a fan. It's basically just a foam container with a heater and a computer to tell us the humidity and heat levels.

Anyway, we've hatched about four chicks total now that have ended up suffering from the same thing. They won't be able to walk and then they'll fall onto their side and kick to try and get up, but they are unable to do it on their own. I try to pick them up and place them on their bellies, but they flop over soon after, sometimes ending up on their backs. The other chicks in the brooder box will trample them and they'll chirp helplessly as the others peck at them and torment them.

I've looked online to see if I could figure out what's wrong, but I can't seem to find anything beyond the possibility of neurological damage from being in their shells too long. One of them did come out late, but the others were right on schedule. We try our best to keep the humidity up but it's difficult to get it past 50% for some reason.

One thing I considered is that maybe the holes in the grate in the incubator might be too big and might be catching their little toes and damaging them after they hatch, but the grate came with the incubator, so why would they use one that could harm the chicks?

It isn't wry neck because they don't look up at all, they just can't stand for whatever reason. Other than that, in the beginning they seem to have a lot of energy, when they aren't sleeping.

Can anyone help? I don't think I can handle seeing many more of these babies suffer like this.

Is this a normal thing?

My first thoughts are that maybe it is nutrition issue. Good nutrition is huge. I have experimented with my own flock, eggs from hens fed only chicken feed and a few scraps verses hens fed the same diet as above but with nutritional yeast, salmon, and lots of dark green and dark orange veggies added.

The difference was huge. A better diet meant more eggs made it to hatch, they hatched faster, and the chicks had more pep.

So, I would first look at what you are feeding.

Then I would look more closely at the incubation. It doesn't matter that you are using a Styrofoam box. It does matter if the temperature is staying steady and the humidity is good.

Get a thermometer and hygrometer from the store, that you can stick in different parts of the incubator. I like one that gives me the minimum and maximum temperature so that I can see if crazy swings are happening when I am not around.

You also need to calibrate the thermometer and hygrometer to make sure that the info that they are giving you is the right info. (I forget how... Google that)

Also, read this article. It goes over weighing eggs during incubation. That is not something that you want to do every time that you incubate, but it is a great way to incubate when you are trying to fine tune your methods and figure out what is going wrong.

sorry for the heartache that you have been through.

The first page I listed is great for general incubation information.

Here below is for calculating the weight loss.

Thanks for the suggestions, I really appreciate it! Some of them are way over my head, I'm afraid. But I am definitely passing this information on to my husband, who is much more savvy with these things than I am.

Nutrition of the parent chickens never occured to me, so that is definitely something to consider!

Nostalchiq said:
Thanks for the suggestions, I really appreciate it! Some of them are way over my head, I'm afraid. But I am definitely passing this information on to my husband, who is much more savvy with these things than I am.

Nutrition of the parent chickens never occured to me, so that is definitely something to consider!
Click to expand...

oh, and welcome to BYC!

Concord, Tn. the litte town no one knows about .

Alaskan knows his stuff . so I'll touch on the basics . Here are a couple of things I use to either check things out. Cheap thermometers at walmart this little thermometer is spot on accurate and cost $3 . It is a absolute must that your temperature be 101.5 at top of the egg. 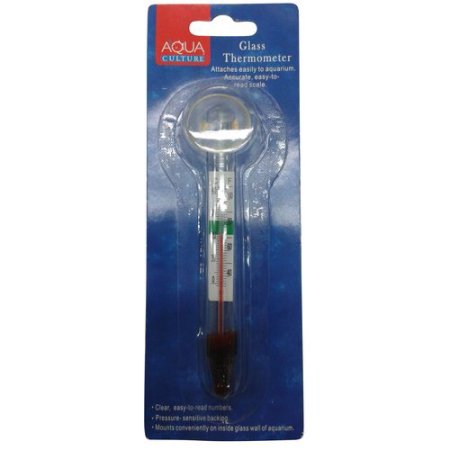 I am definitely learning a lot already. I've read the article and these are definitely a lot of things I hadn't previously considered. I'll pass them on to my husband and we'll try implementing these methods with our next batch.
N

Alaskan knows his stuff . so I'll touch on the basics . Here are a couple of things I use to either check things out. Cheap thermometers at walmart this little thermometer is spot on accurate and cost $3 . It is a absolute must that your temperature be 101.5 at top of the egg. View attachment 1318170
Click to expand...

It seems so! Most definitely. The incubator does have a built in thermometer, but I'm sure it wouldn't hurt to have a second one to make sure it's calibrated properly.

Concord, Tn. the litte town no one knows about . 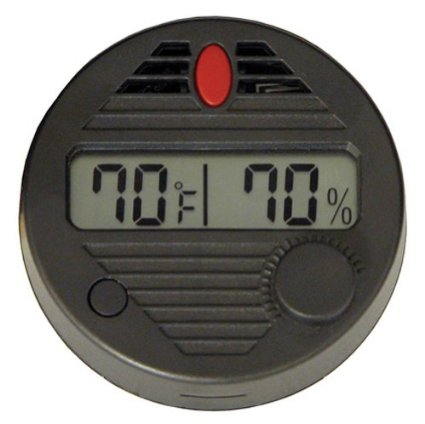 Calibrating hygrometers is simple except when they are intergraded in to a control board on incubators . I have spent soooooo much money trying to find hygrometers , That work right

I finally found this little combo called a hygroset II humidor hygrometer and thermometer . the hygrometer can be set after calibration to the exact humidity . The thermometer is off by a degree or two plus or minus . The hygrometer is what I want to be right ,so I don't mind the thermometer being off a little . I love this little thing pricy $20 off ebay . I did find a two pack this spring for $26 . But I have spent well over a $150.00 trying to find something that works. I swear by these . With it calibrated you can check the on board hygrometer . For calibration I use A gallon ziplock bag and a milk jug lid filled with salt .Moistened table salt will do . You want damp not soggy. Place the salt and the hygrometer in the ziplock bag . It needs to in a 75 degree or as close to a 75 degree room as you have for 24 hours . Read the hygrometer before you open the bag . It should read 75%. Make a note of what the reading is .If the hygrometer isn't an adjustable type . Then always take into account what to add or subtract to get the accurate reading .

Hatching eggs for other people who can't hatch their own?