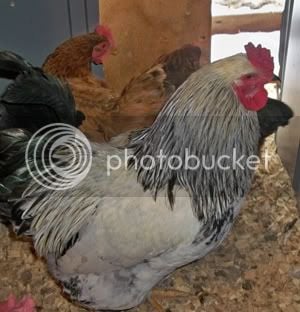 but next to barney lives rooster 2 - Captain, banty cochin... 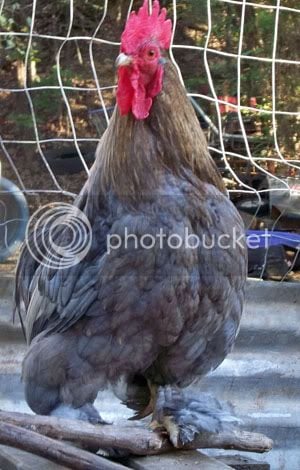 who is minding his own business today, the usual shouting insults at barney- welllll.... barney kinda took matters in his own hands- squeezed through 2 fences, apparently snow had worked them apart and tried to beat captain- we found captain under the coop after barney met me at the door of the run- what a sight he was!! 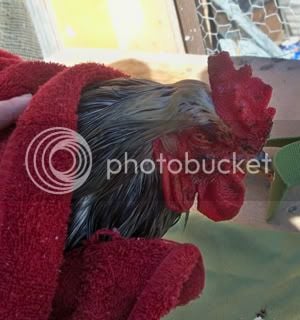 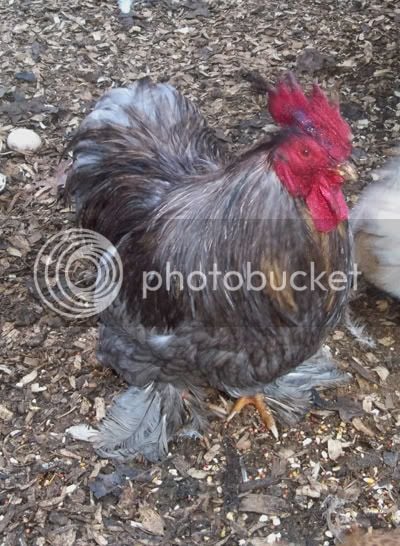 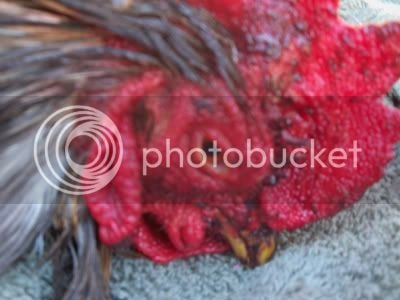 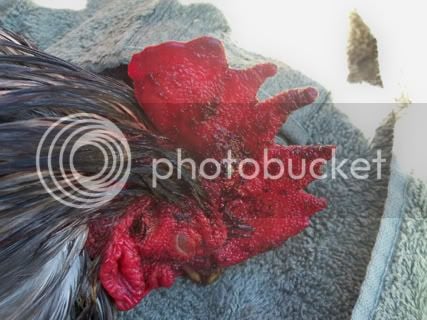 so they both got baths and inspections- and barney melted down in the tub and got blown dry..... kinda kills the impression of a big tough rooster

the fence is now fixed

Once upon a time, I used to wake up looking and feeling like that.

Quote:
well- after the initial shock of it all, and realizing it was the chicken version of a schoolyard fight and not a death issue- just looked bad

Wow... Glad that nobody was seriously hurt! I haven't figured out why my roos haven't hurt each other yet, but I am so thankful!

A couple of weeks ago, the neighbor's dog released all my OEGB hens and itty bitty roo Pierre while searching the chicken coop for food. Wouldn't be a big deal, but the only thing then separating Pierre from my standard cochin roo Scooter was chain link. I came home to poor Pierre as one big black scab for a head! His poor old comb was black, his eyes swollen shut, he looked HORRIBLE! Scooter, while in better physical shape injury-wise, was EXHAUSTED. Both boys spent several days mostly sleeping...and when the dog again released the chickens while I was gone, Pierre was smart enough to avoid Scooter. Silly boys. Tiny bantam rooster (maybe 12 oz in weight, dripping wet) going up against a 6 pound big boy... sigh.

The good news is that facial injuries from fighting usually heal pretty much on their own...

thanks for sharing that- they look aweful and yes, seem to be sleeping alot- which had me worried- but i guess thats normal- so the neighbor dog has figured out how to open the gate? maybe get a different kind of latch? captain is a fourth the size of our big guy- at least he got under their coop to get away from him

glad they're both okay

yeah!!!! go small cochin!!! bantam cocks are so feisty!!!! i had a bantam that would kick my standard size roosters butt...until that rooster got hevier then he took it out in the bantam and so i had to give him ways

Quote:
We have since installed a new latch...the neighbor dog doesn't mean any harm...I think he's honestly scared of the chickens as he runs when they approach him, but he LOVES any scraps I give the chickens...no more scraps now or I will have a hole-y coop!