I have 6 x 2yrs+ chickens and 16 x 16 weeks old chickens (the youngsters a a mixture of cockerels and hens). They live in two homemade coops made by a joiner, and during the 10 years I've had chickens, I have never had mites/lice. I have been using DE in with the bedding for the last year or so, just as a preventative. They are wormed regularly.

Now there is something wrong in the chicken neighbourhood- it just feels wrong!

I have searched for red mite (as I do periodically, using vaseline on the perches) and have found a few for the first time a week or so ago. I have sprayed, re-creosoted the house and haven't seen sign of them since. I then spotted lice and their eggs on some of the chickens- also for the first time. They seem a bit off- and thin. They aren't tame, but I walked straight up to one and picked her up- never been able to do that before! I have taken her away, treated the lice and put her on a diet including cooked eggs, water with cider vinegar as well as layers pellets and corn. She is eating better now (day three) but I have noticed something odd about her eyes- see pics.

Is this the dreaded Marek's disease? There is no sign of paralysis in any of the birds. The Lohmann Brown (pictured), Jersey Giant, Bluebell, Seabright and both Buff Orpingtons have stopped laying (although the Buffs only ever released an egg as often as I do, tbh) So I am getting one egg a day from the Pekin Bantam. The most expensive egg ever!

Any thoughts on the eyes? The size difference looks more obvious in the flesh, but I think I can see greying area at the edge of the smaller pupil (top)- or am I imagining it?! It is significantly smaller that the other eye, and does not seem to change size when altering light levels.
Thank you for reading my essay. It's possible that she could have ocular Mareks, especially if you are seeing graying of the eye. The first picture below shows the color difference and irregular pupil of Mareks disease on the left, and a normal chicken on the right. The second picture shows ocular Mareks disease. It's possible to have ocular Mareks with no other symptoms, especially if the chicken was vaccinated. I know very little about this, but here are some links to help you:
http://edis.ifas.ufl.edu/ps031
https://www.backyardchickens.com/a/the-great-big-giant-mareks-disease-faq
http://www.joneshamiltonag.com/jh/wp-content/uploads/2011/10/PLT_Poultry-Eye-Disorders.pdf 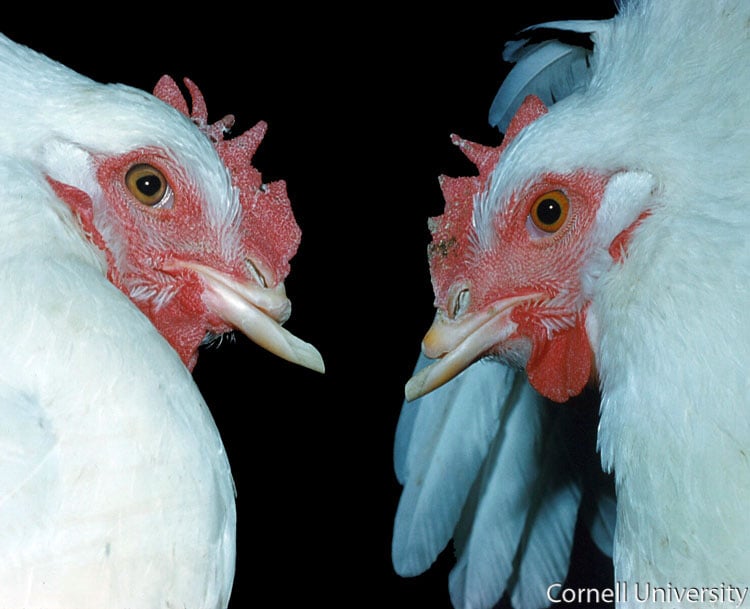 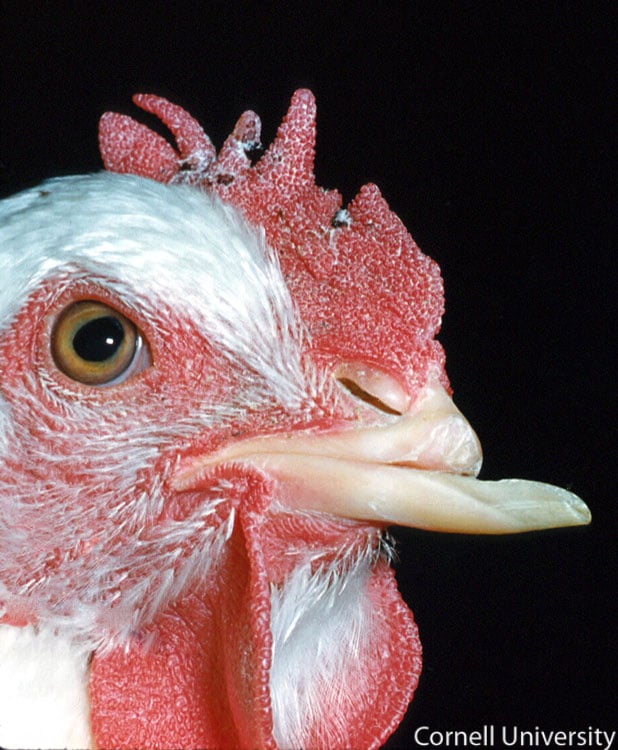 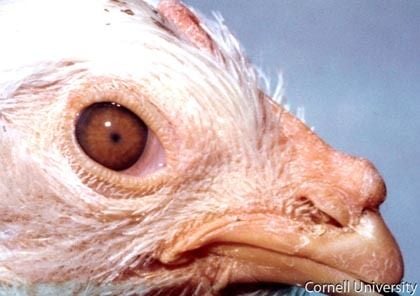 Kathy, have you noticed how messed up the Cornell site is now? Why do they have to change everything?

Got a few more in my flock with them if you want to see more pictures. Most of mine live to about about 2 or 3 before they die from internal tumors. If it is Marek's, your best bet is to keep them parasite free with dusting/coop treatments *and* de-worming with something like Valbazen or Safeguard. Might also be a good idea to get baseline weight on them and watch for weight loss, especially now when so many are molting.

Eggcessive said:
Kathy, have you noticed how messed up the Cornell site is now? Why do they have to change everything?
Click to expand...

Did they change it? I normally just find pictures I've used in the past by doing a search for "ocular marek's casportpony" and then copy and paste from a BYC page.

Could it be possible that your birds are getting ready to molt?? I hope it's something like that and nothing serious.

These are from their Marek's page earlier this year. MrsBrooke said:
Could it be possible that your birds are getting ready to molt?? I hope it's something like that and nothing serious.

Molting will stress any bird, especially one with Marek's.

T
Feathers missing at neck- lice or mites or pecking??