Spots and Wrinkles in Yolk

How can I tell if eggs have been fertilized? As I cracked open our eggs for breakfast, I noticed that the yolks looked wrinkled. Some had white spots. Others had 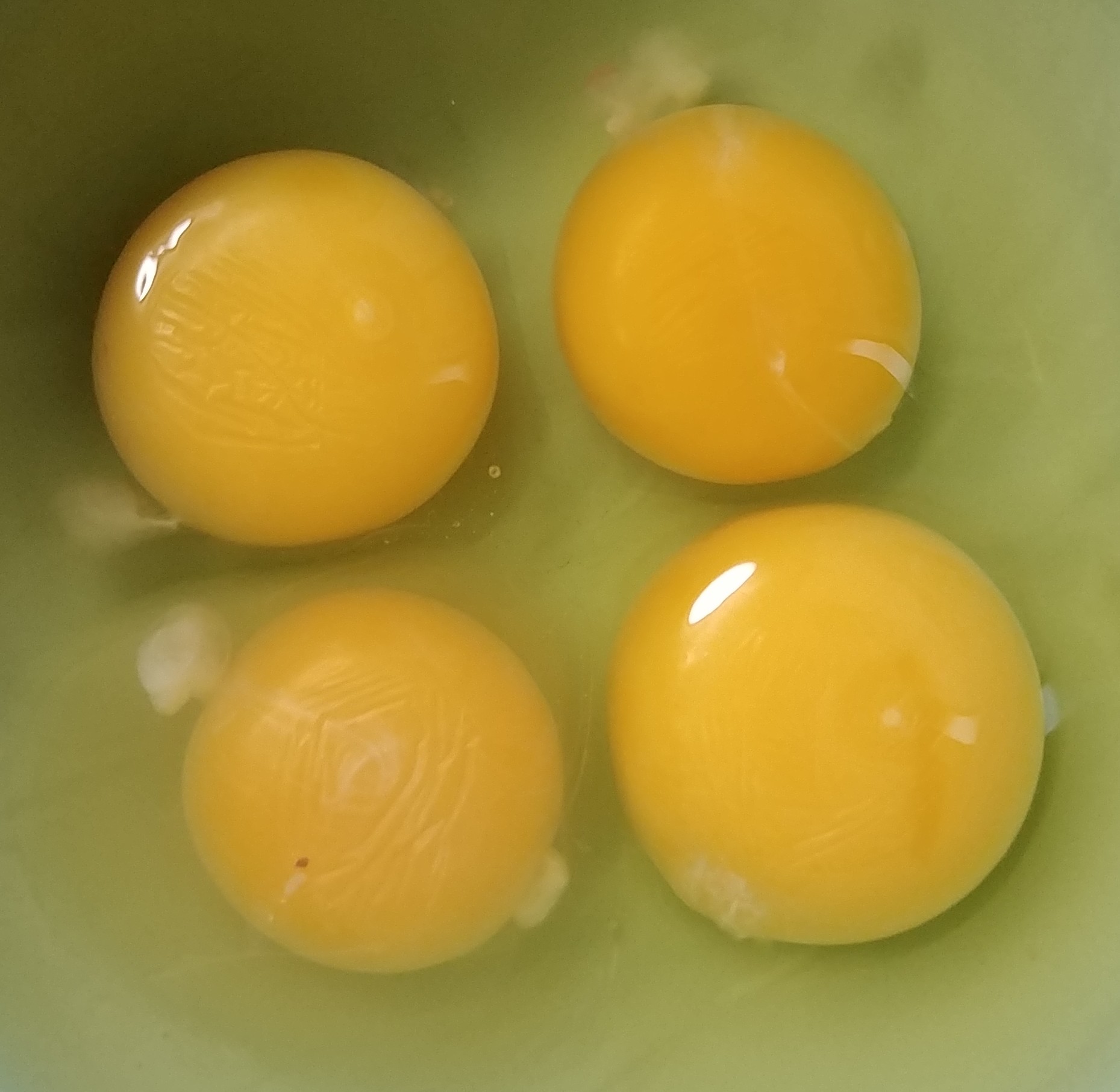 blood spots. Can someone please explain?

These eggs are fertile. Note the bullseye on the yolk. 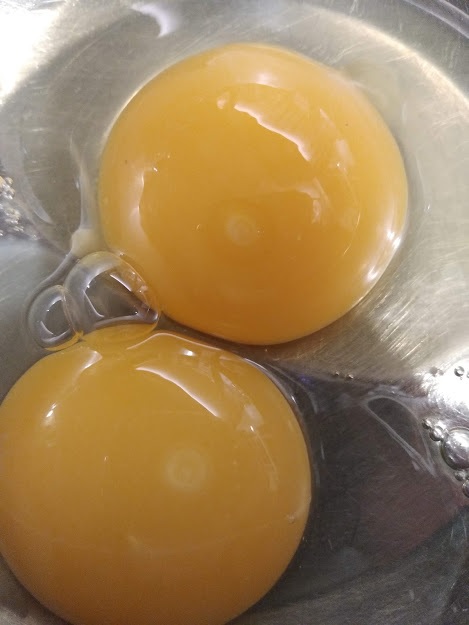 If the yolk just has a white dot with no bullseye, that is the blastodisc.
When fertilized, it becomes a blastoderm.

Thank you for your quick response. My hens suddenly have naked backs, and someone on a forum asked if I had a rooster. No one has been crowing or looking like a roo. Is it possible to have a rooster that doesn't crow?

Read this. It talks about how to tell if an egg is fertile and has photos. I do not see any bull's eyes on your photos. All eggs have that white dot. The bull's eye is what shows that they have been fertilized.

Blood spots have absolutely nothing to do with a rooster, nothing at all. When the ova is growing big enough to become a yolk in an egg it is covered by a membrane. That membrane is full of blood vessels carrying nutrients to the yolk so it can grow. When the yolk is released to become the center of an egg that membrane splits. It is supposed to split along a line that has no blood vessels across it but occasionally a blood vessel leaks. You might get a tiny drop of blood on the yolk or you may find a lot of blood on that egg, even in the white. Some can be really disgusting. That's a big reason why I suggest we should always open our eggs in a separate bowl before we add them to anything.

It's estimated that 2% to 4% of all eggs have some blood in them. It isn't that unusual. Commercial operations automatically candle their eggs to remove any with blood spots so their customers don't get a surprise. Those eggs are still good to use. They might sell them to a bakery or a place that makes pet food.

Those white spots are the chalaza. Those are twisted cords that attach to the yolk and inside of the egg shell. They act as springs to keep the yolk in the center of the egg. That helps in hatching eggs. Every egg should have them.

I don't know where that wrinkling come from.

R
Are my eggs fertile

Why are some of my yolks with a red circle?