So...not necessarily a great surprise, either. Our peahen Snap started setting on 4 eggs 4 weeks ago. She has never had a successful hatch, although she goes broody every year and she's six years old. I have never seen her show any interest in our peacocks, she's always run from them, although she gets along. We only have one peacock left and he dropped his train well over ten days before she started setting, so I figured he probably wasn't virile, and I wasn't too concerned that the eggs would hatch. She was not consistently setting them and acted pretty disinterested in them. So, I didn't worry.

Well, wrong. They hatched yesterday. all four of them! They are cute, but I am very worried and have several questions.

I've read that the chicks should stay with their mother for six months before being separated from her. Our peas free range, and although we have pens (she is in one now with her babies) I don't feel they are sufficiently large enough to keep her and four babies confined for six months. They're in a pen now that's about 5 X 8 and about 6 feet high, and we have a few more about the same size.

I don't want to let her and her babies out because:

1) I don't want a big flock of peafowl, and once they are out, I'm pretty sure I'll never catch them again. Although our peacock is very sweet tempered and tame, our peahens have never been especially tame, although they are pretty trusting. I'm sure Snap will teach her babies to avoid people.

2) Since we also have chickens, I'm concerned that Snap and our other peahen would persecute the chickens, and our barn cats, no end, in their efforts to protect the chicks, if we let them out. And especially with cold weather coming on, that could be a problem.

3) What size parameters in a pen would we have to have for a mother hen and all those babies, and how long do they need their mother? I would like to sell them eventually, but I hate the thought of separating her from her babies before she is ready, as I know how peafowl can be when they are separated from each other.

4) Should I be trying to handle these chicks every day to get them more used to handling and possibly being tamer? Not sure where to draw the line in order to avoid Berserk Male Syndrome, in case any are males, although we never had that problem with our peacocks, we didn't really try to make them pets, they just got to be that way over time.

We don't really have the space to build an aviary, and although we might be able to make space, I don't want to. What is the earliest that I could separate her from her chicks, and what is the best and least stressful way to do that?

I'm assuming that they're ok for the time being feeding chick starter, but should I switch them to game bird food at any time? Our peafowl have always had just Flock Raiser, and seem fine with that.

Sorry for all the questions, but I have heard and read some horror stories about people losing total control of their peafowl and even heard people giving away all their peafowl for free, if someone will just come and catch them! I don't want to be in a situation like that ever, thus the reason for my not wanting chicks lol. We are very fond of our three peafowl, and want to keep it at a flock of three if at all possible.

@casportpony Maybe able to answer a couple of those Q's. Let's see if she pops in.

any help here? this is not my forte

While we wait for some experts to arrive....do you have any pics of the new babies to share??

I have no help to offer but would love to see some baby peas! 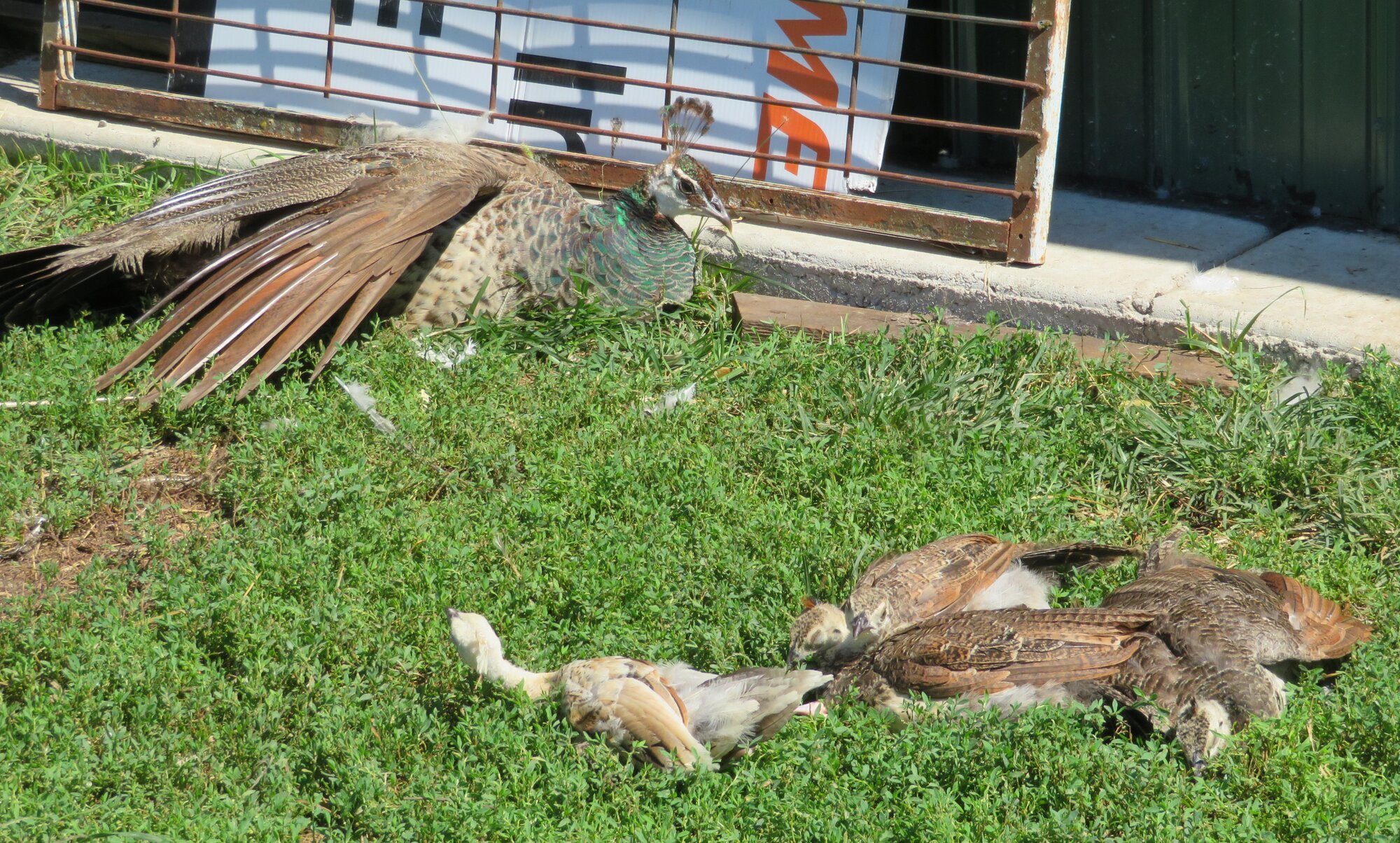 I've never owned peacocks or peahens but I can answer #1 and #2 for you:
You know your peafowl better than anyone else. Follow your instincts, you know what to do.

blackandtan said:
I have no help to offer but would love to see some baby peas!
Click to expand...

I have some but I'll try to get some better ones.

I am attached already of course. I'm mainly concerned about Snap stressing over losing them all . I wonder how it would go if I kept one and rehomed the others. How long before you can determine the sex? 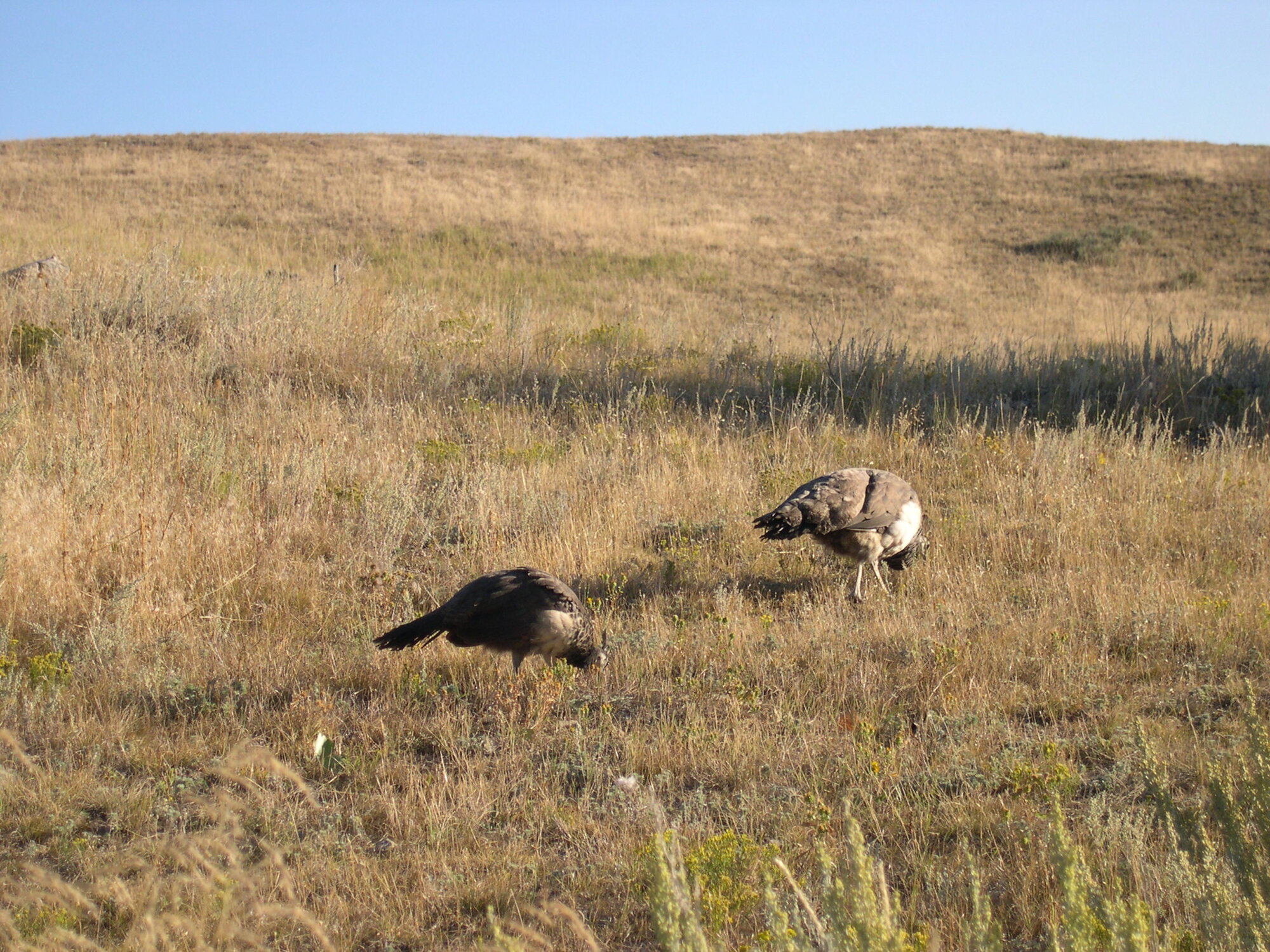 This summer my hen Bessie hatched 3 peachicks. I sold 2 of the chicks at less than a week old and let her keep one that I thought was female. She has been a great mother and is very protective of her little girl. When the chick was 6 weeks old I let her start taking it out to free range. She never allowed the pea cock or any chickens or guineas around the baby. The chick is almost 3 months old now and they are inseparable. They still don't go very far from the henhouse. Bessie instinctively knows that her chick is too little to free range out in the pastures.
Pea chicks are easy to sell for $25 each around here.