The Next Contestant on Are You a Roo

Guess that Easter Egger Sex ! Isnt that a fun game ... well here it goes again. From the first few days of having the chickies, all of whom were supposed to be female, I had a sinking suspicion that Julian was a boy. He feathered last and very slow at that even though he was the same size as the others. He wasnt ever too concerned with staying with the others and even as they grew and he wasnt the largest, they all seemed to gravitate towards him as a natural leader. Now that he is older he has a decent pea comb, pecks me when I try to pet the girls as they are settling to bed, and though hes the same size as Tiger, he is noticeably heavier. I've never owned a male pea comb variety os im not sure if he's a he or he is a she. I'm hopeful Julian is a boy. I would like one boy for my flock so if hes a rooster then im set and dont need to find a rooster I didnt hand raise myself.
Right now they are 20 weeks old (EE, Easter Eggers), but I can tell they still have a ways to go, the color of their feathers is still changing every day. Julian, is the black and white headed chicken with dark black beard, in the last few days I have noticed a lovely red coming out in his wing feathers giving him even more contrast.
Lucy is the almost solid Redish Orange chicken, her tail feathers have these beautiful silvery grey look. Tiger is the Orange and Black chicken, her little ring of black feathers have a beetle green shine on them. Julian has a green shine on his last tail feathers and on hackle feathers as well. Lastly, is Ricky, the multi colored one who has everything from cream colored feathers to dark black feathers. She is the shiniest and most colorful, most of her black feather parts are either beetle green shine, blue shine or even a little sliver of what looks like purple. She one of my favorite because she is very affectionate and loves jumping on my back anytime I bend down to do something in the garden or pass out treats. 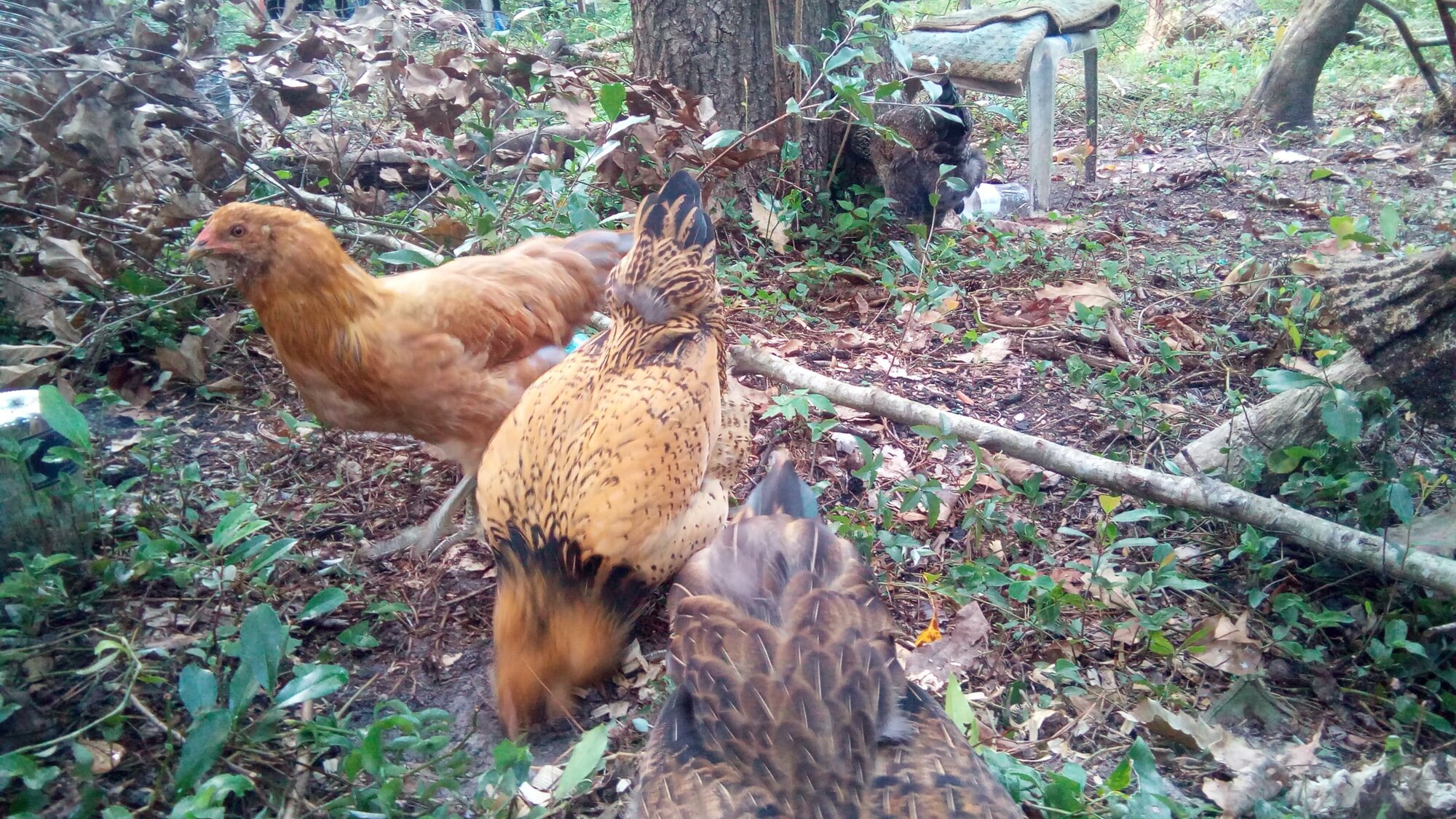 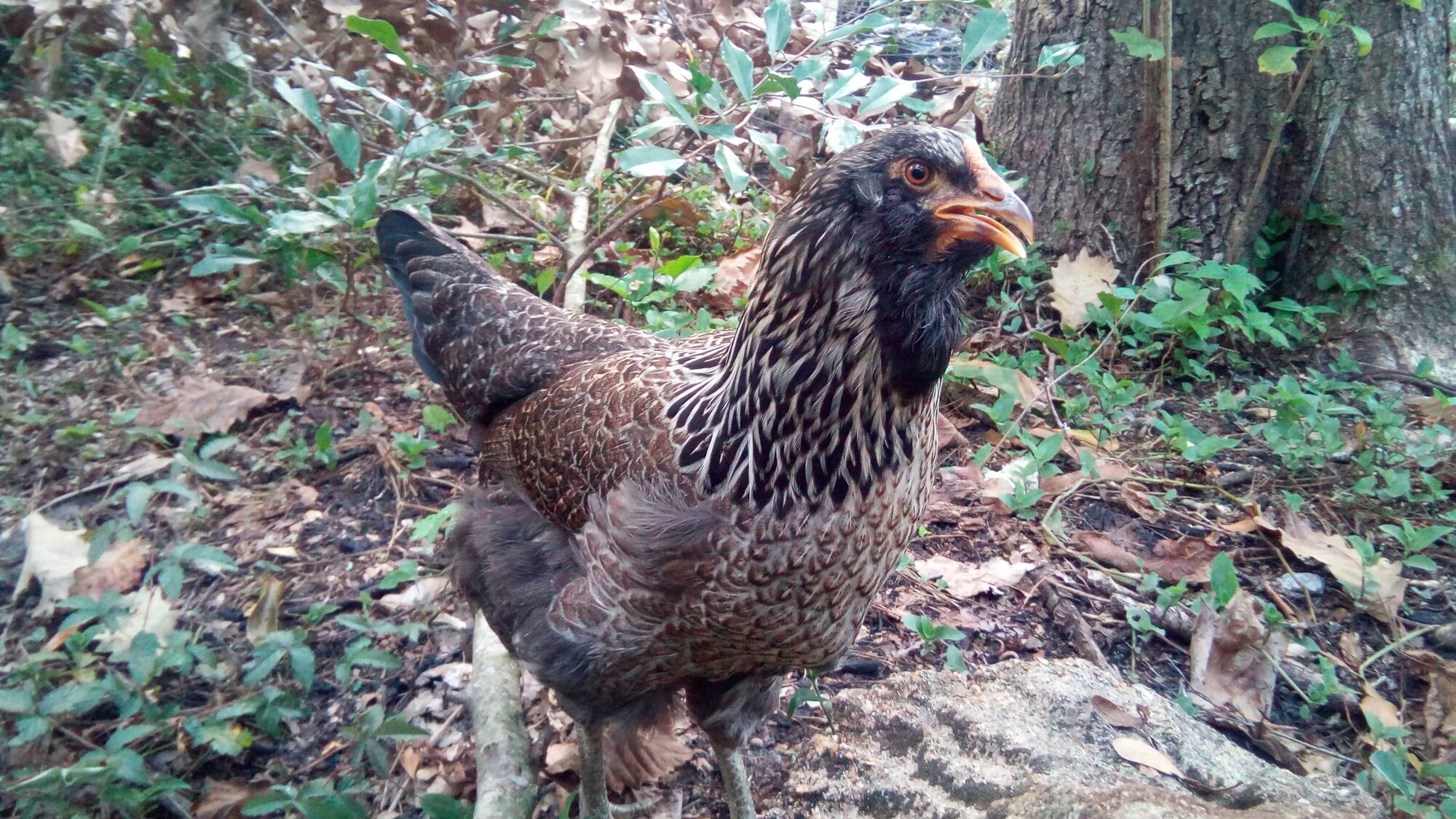 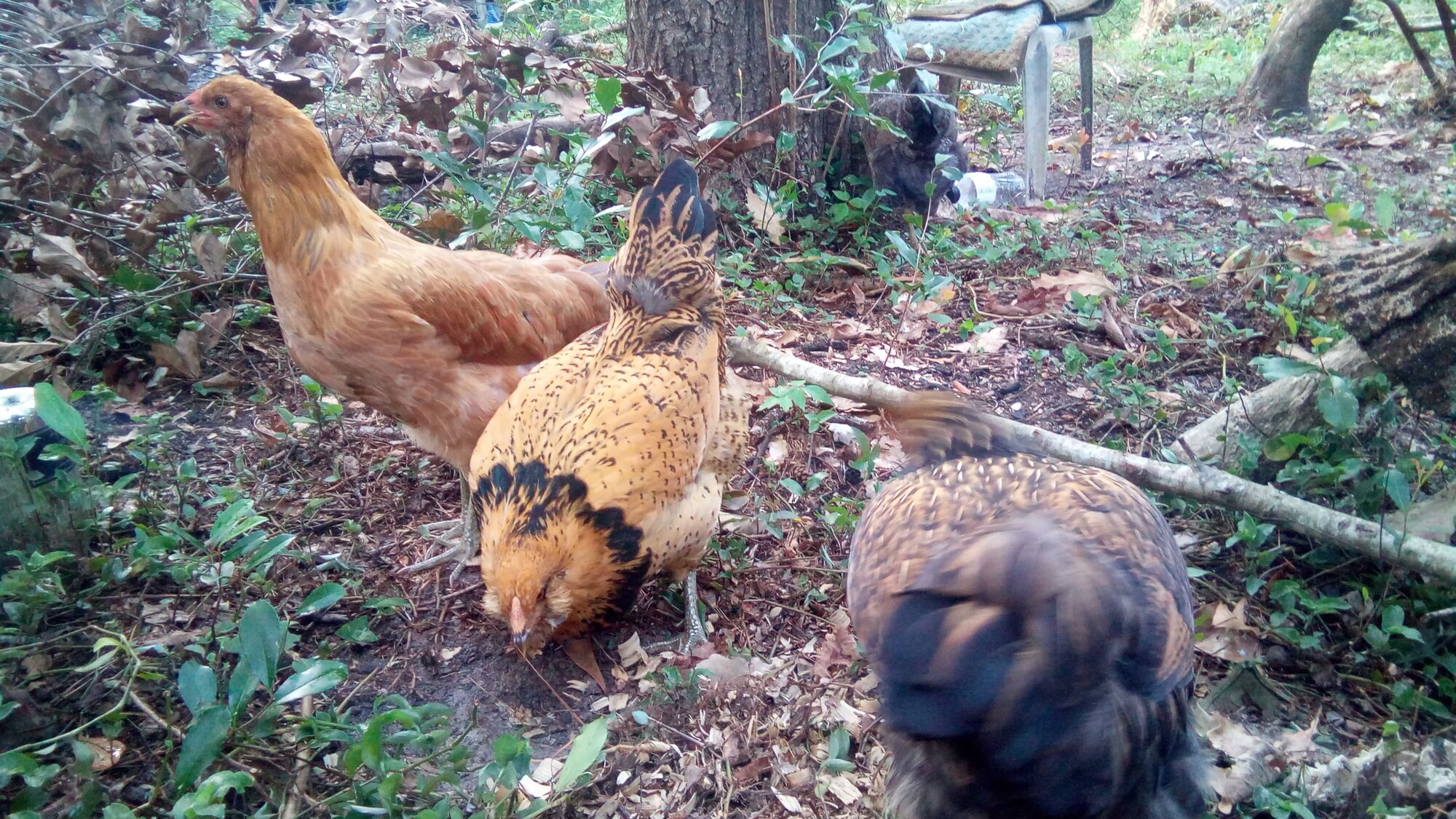 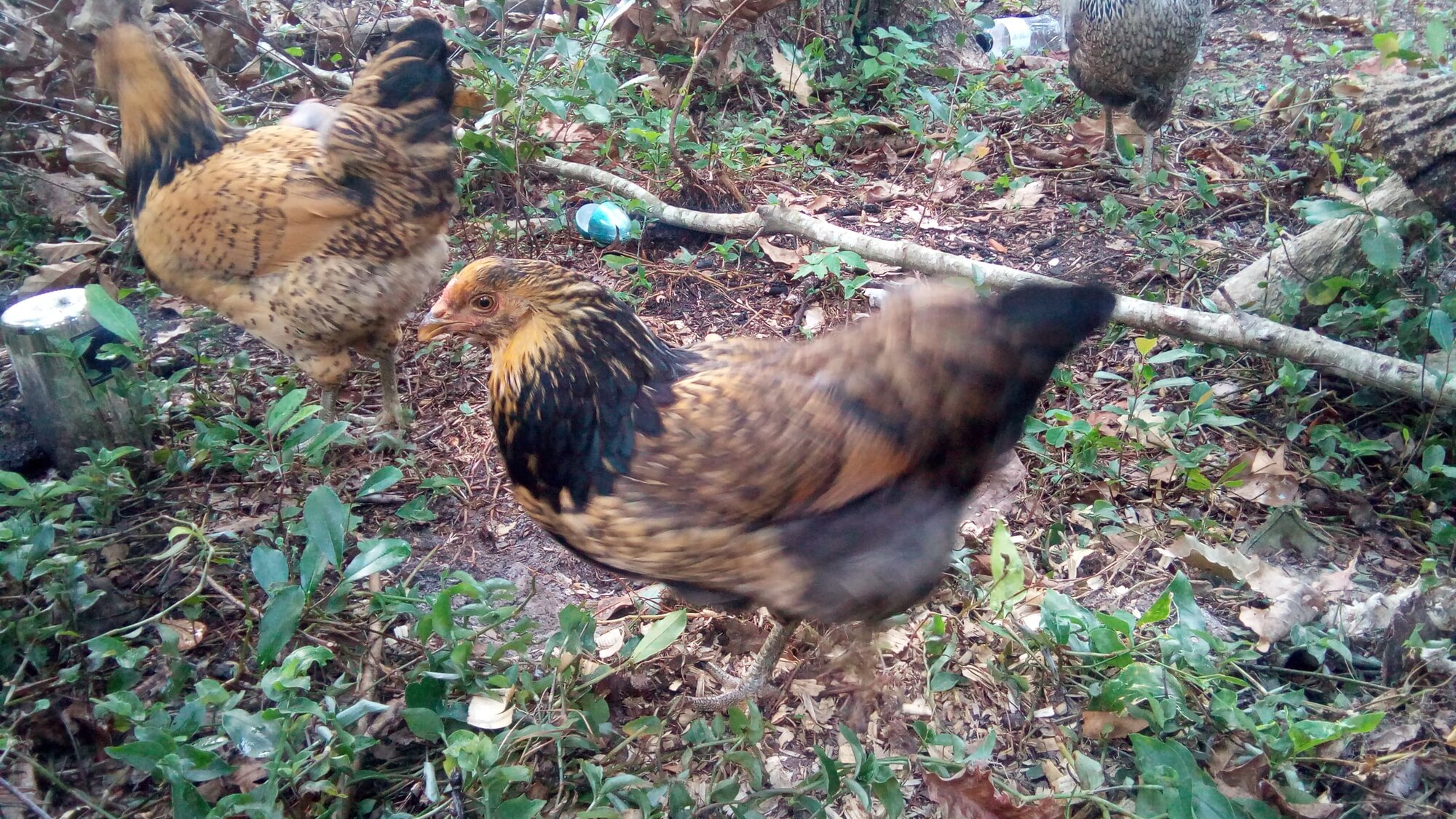 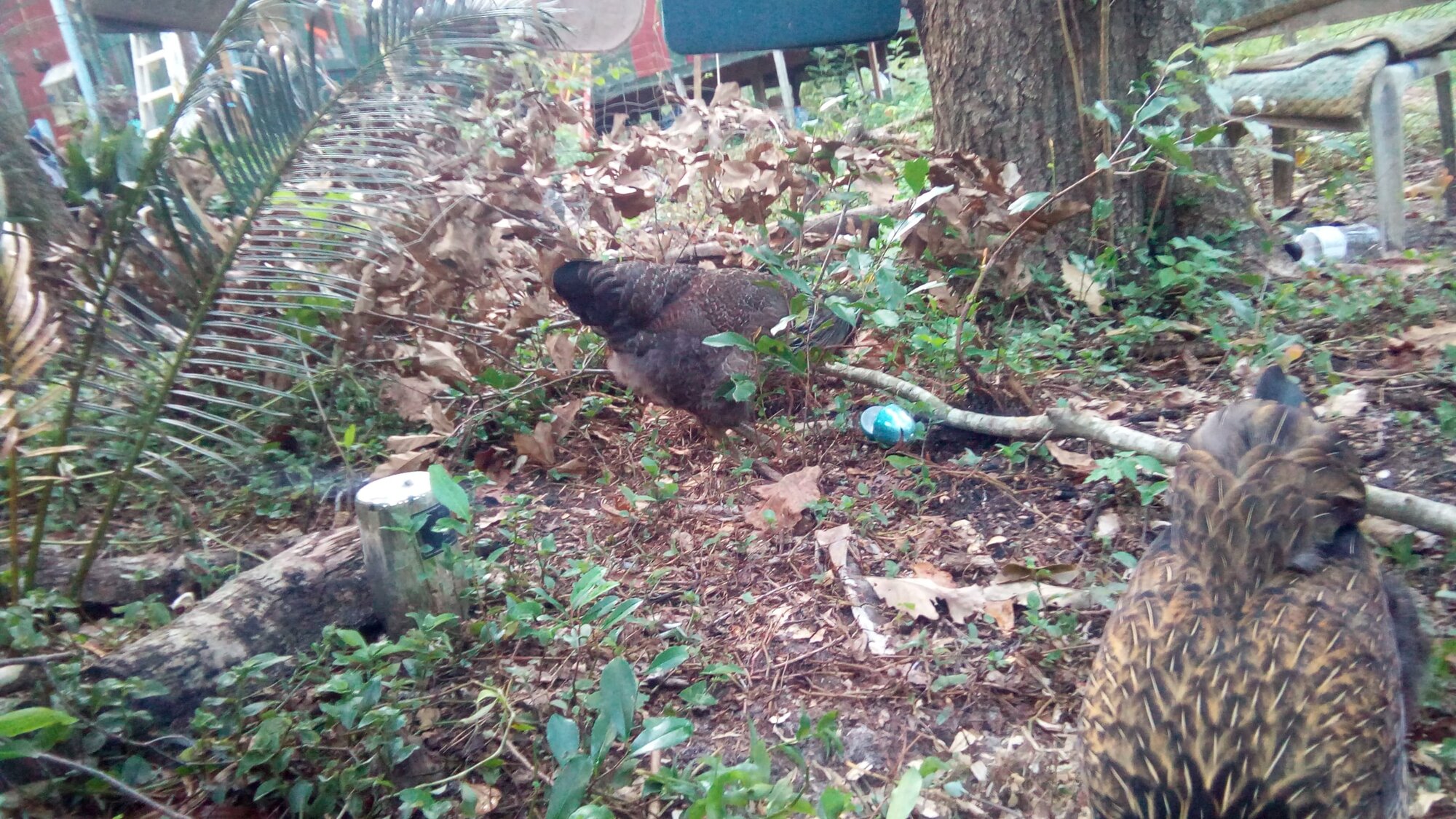 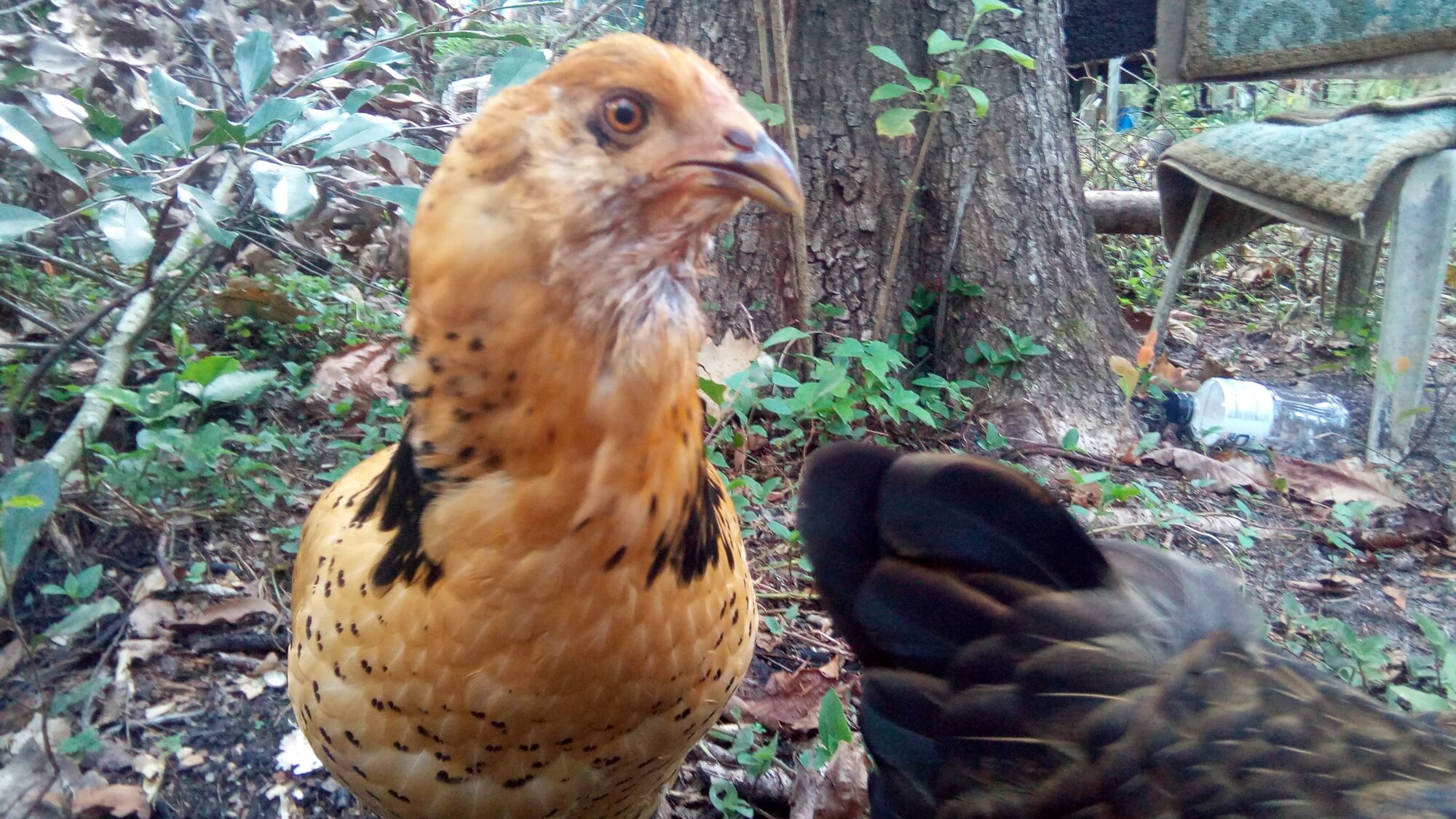 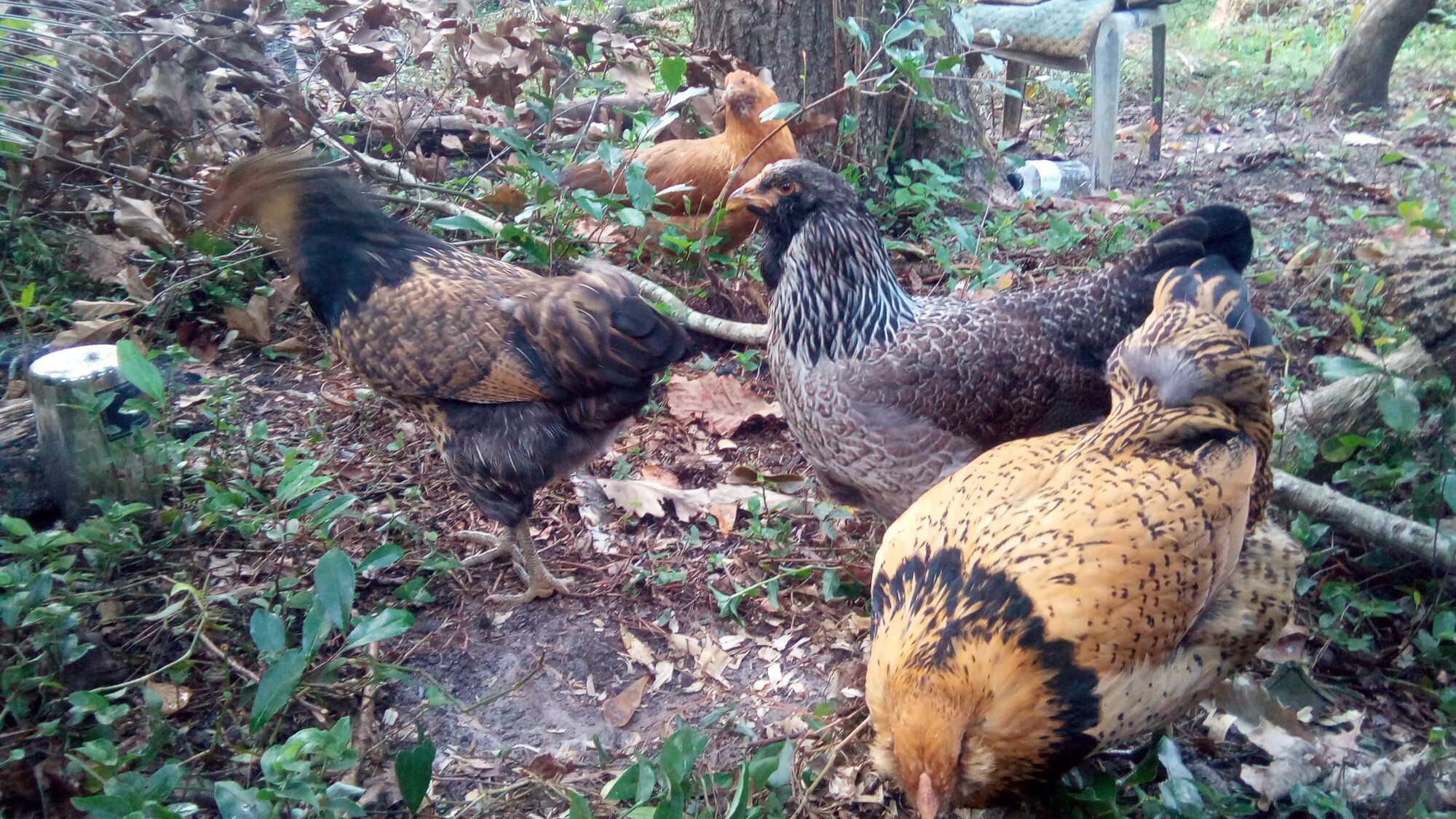 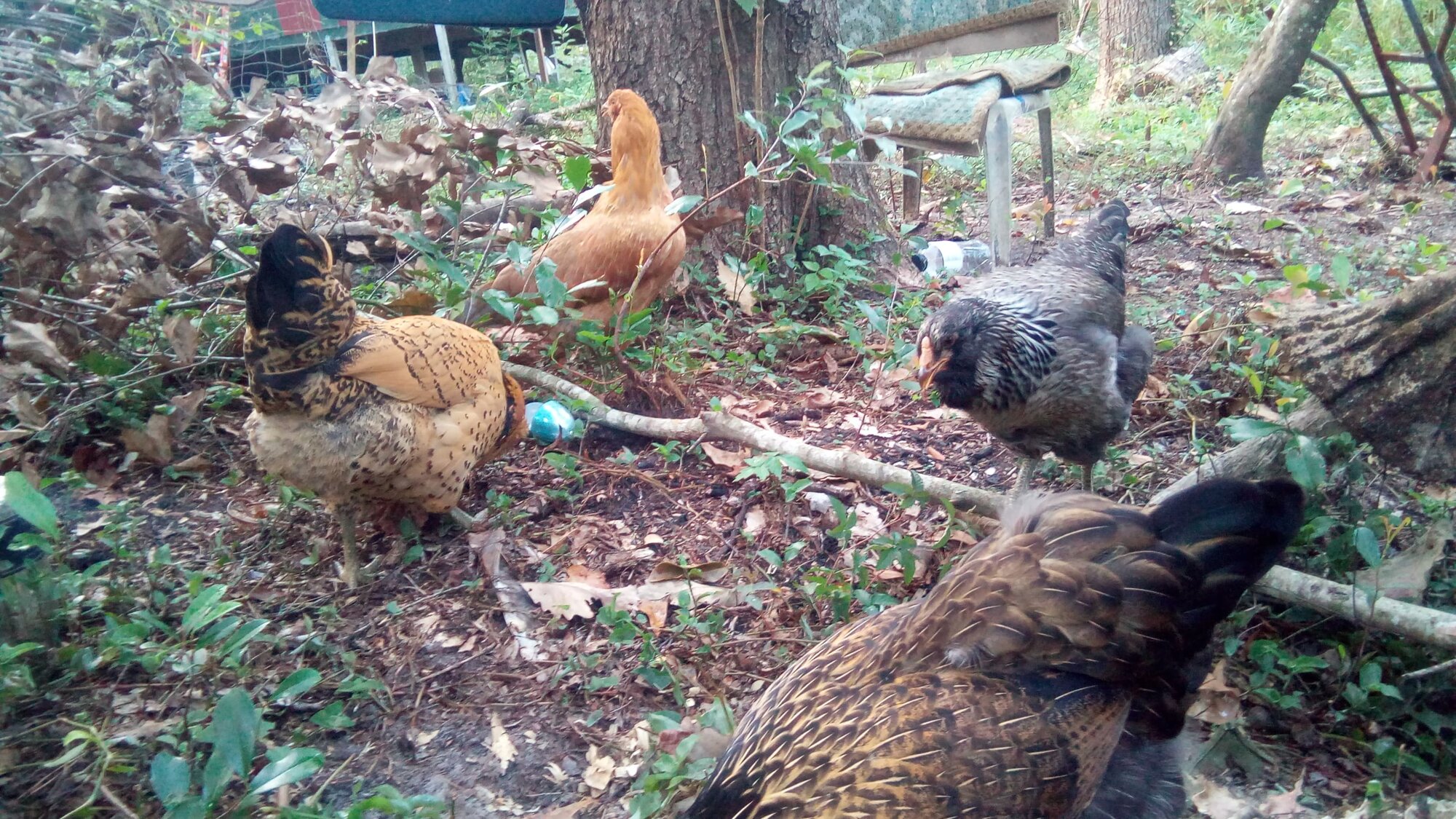 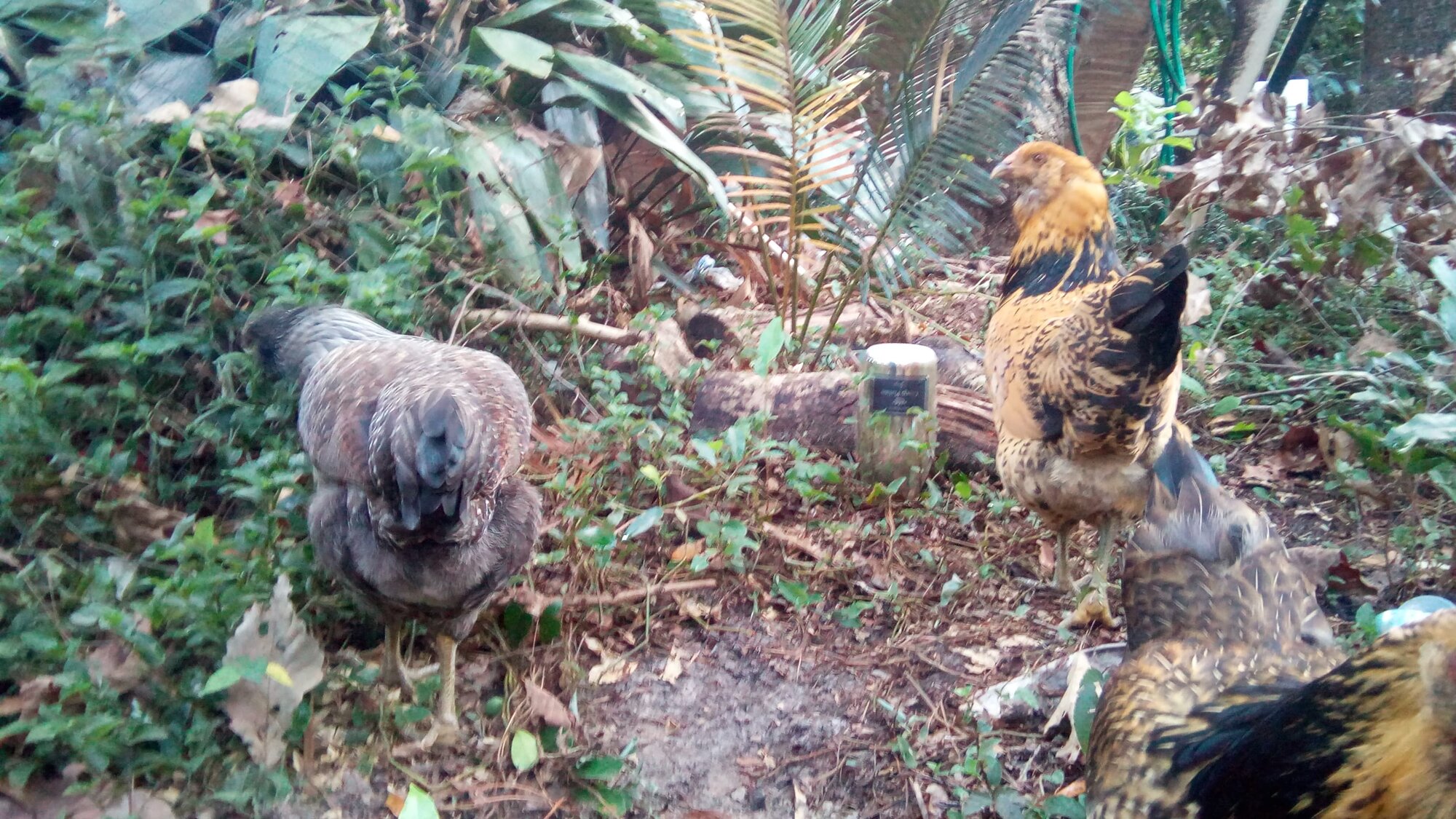 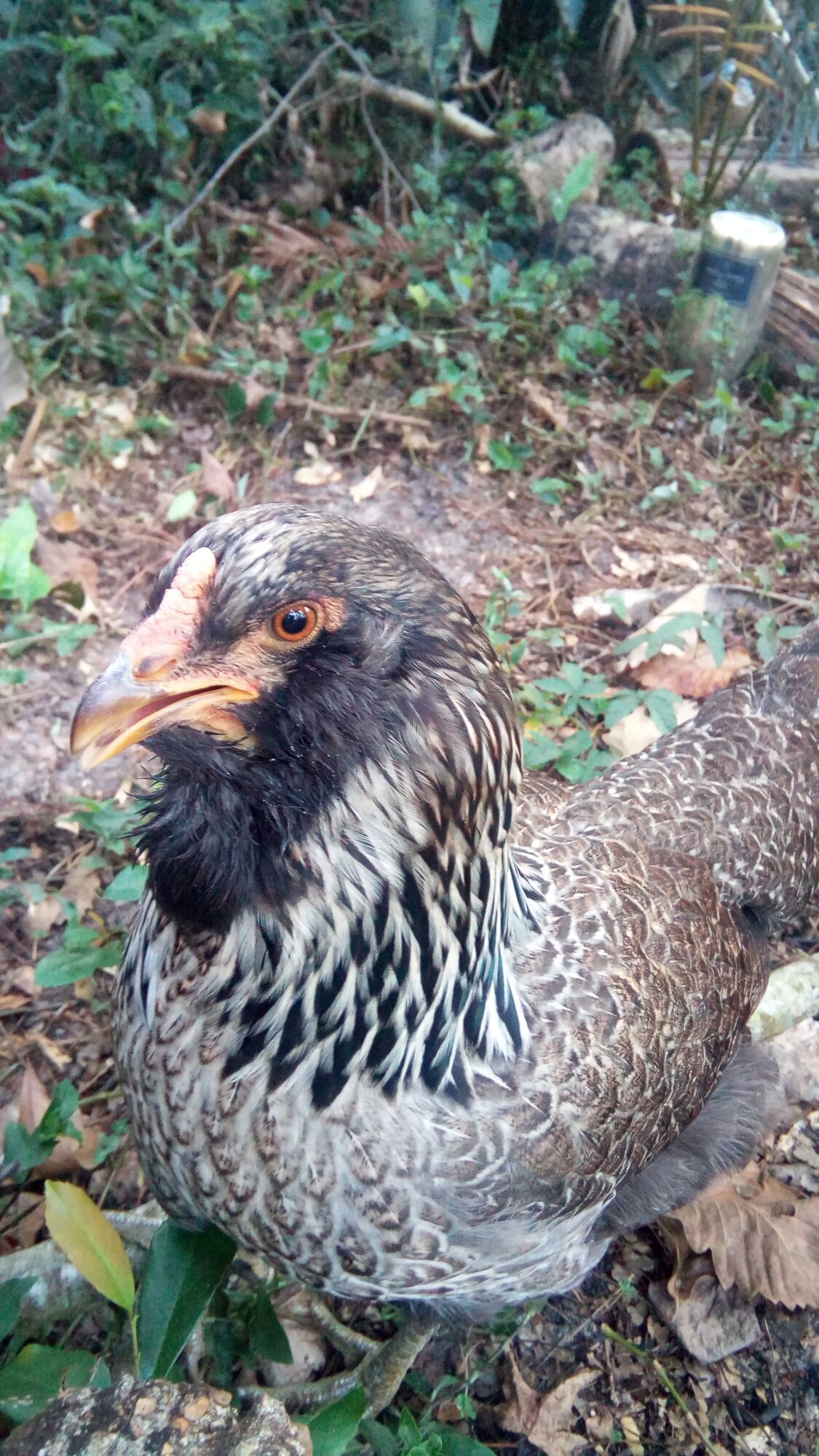 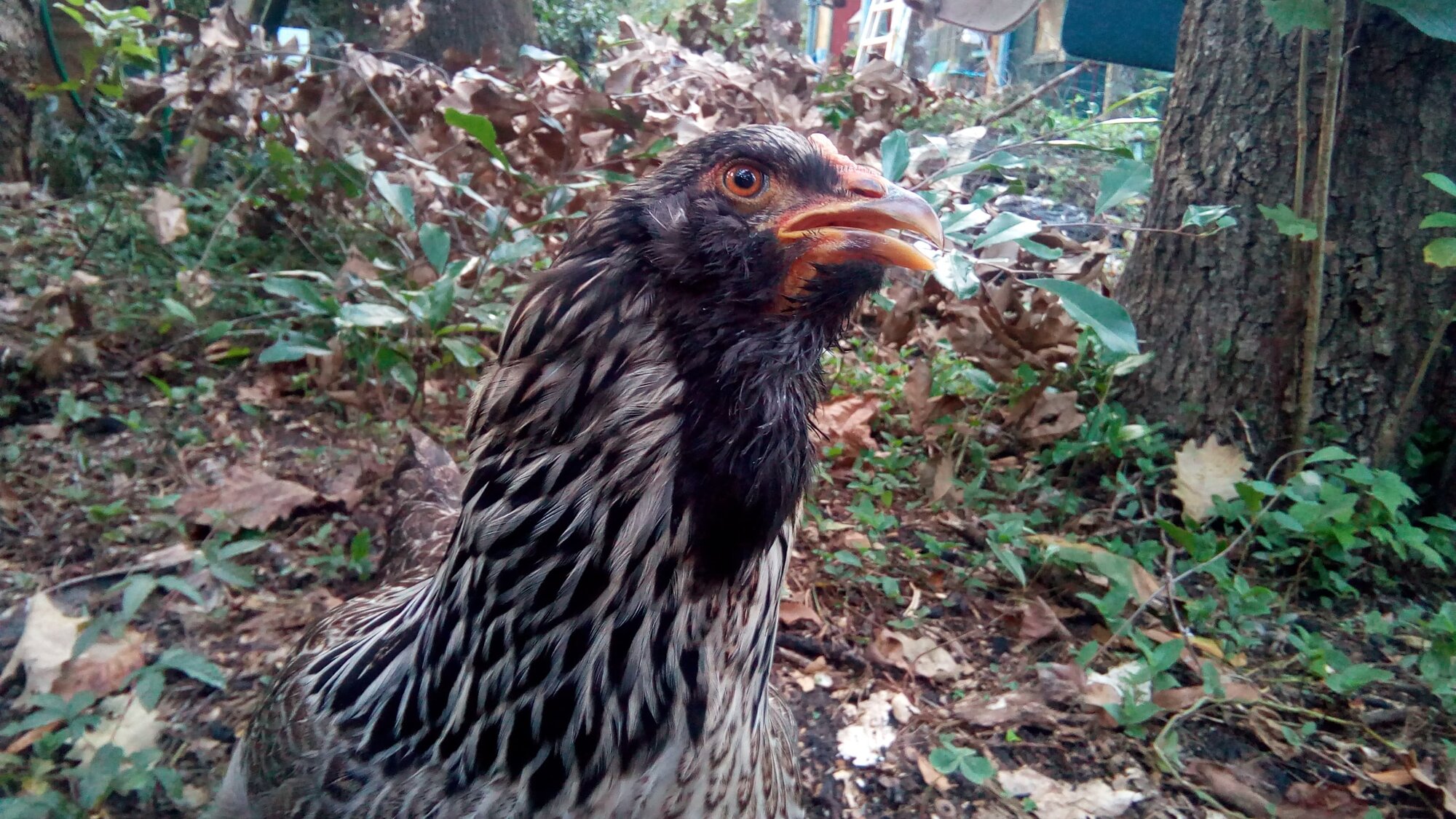 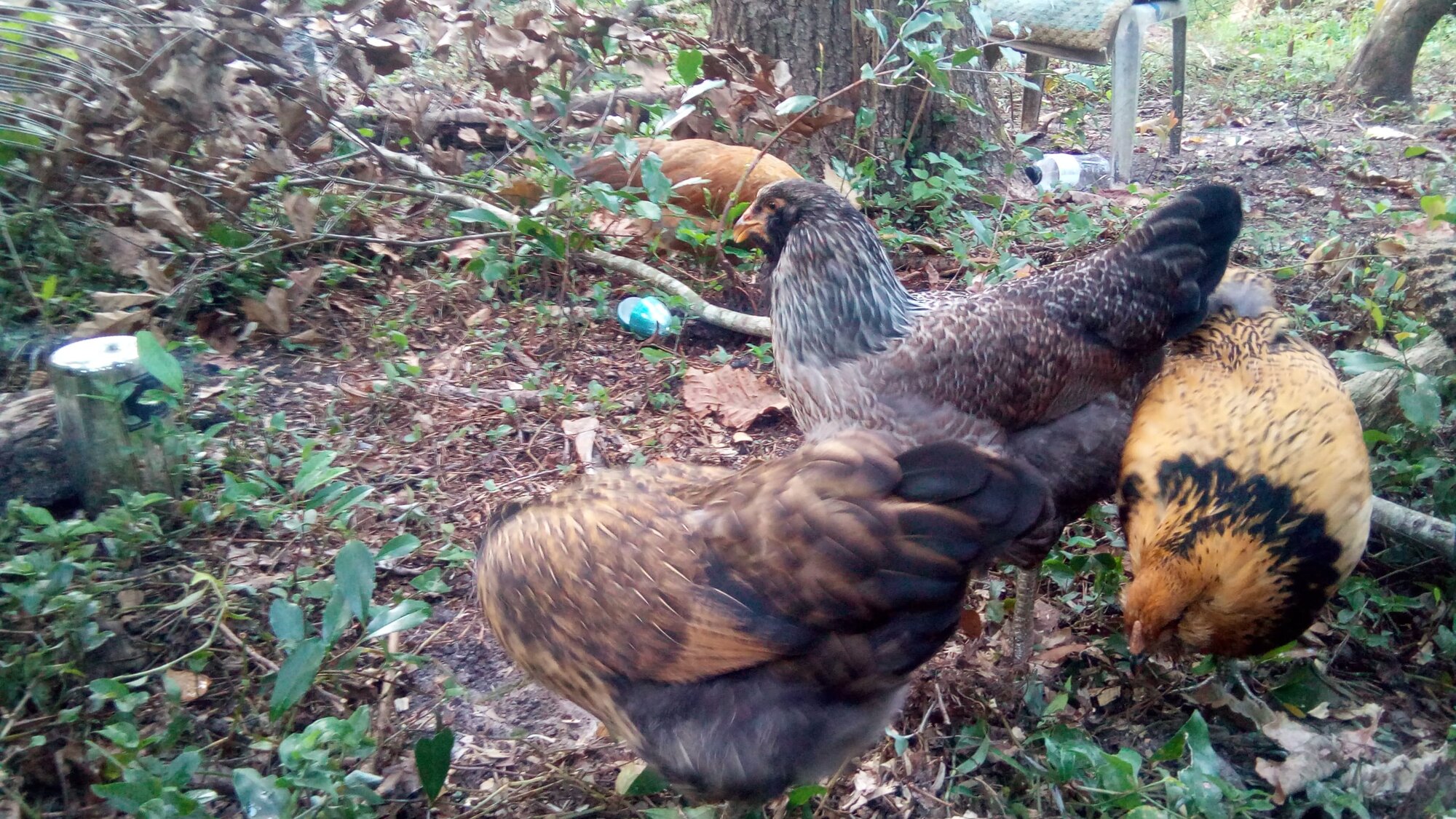 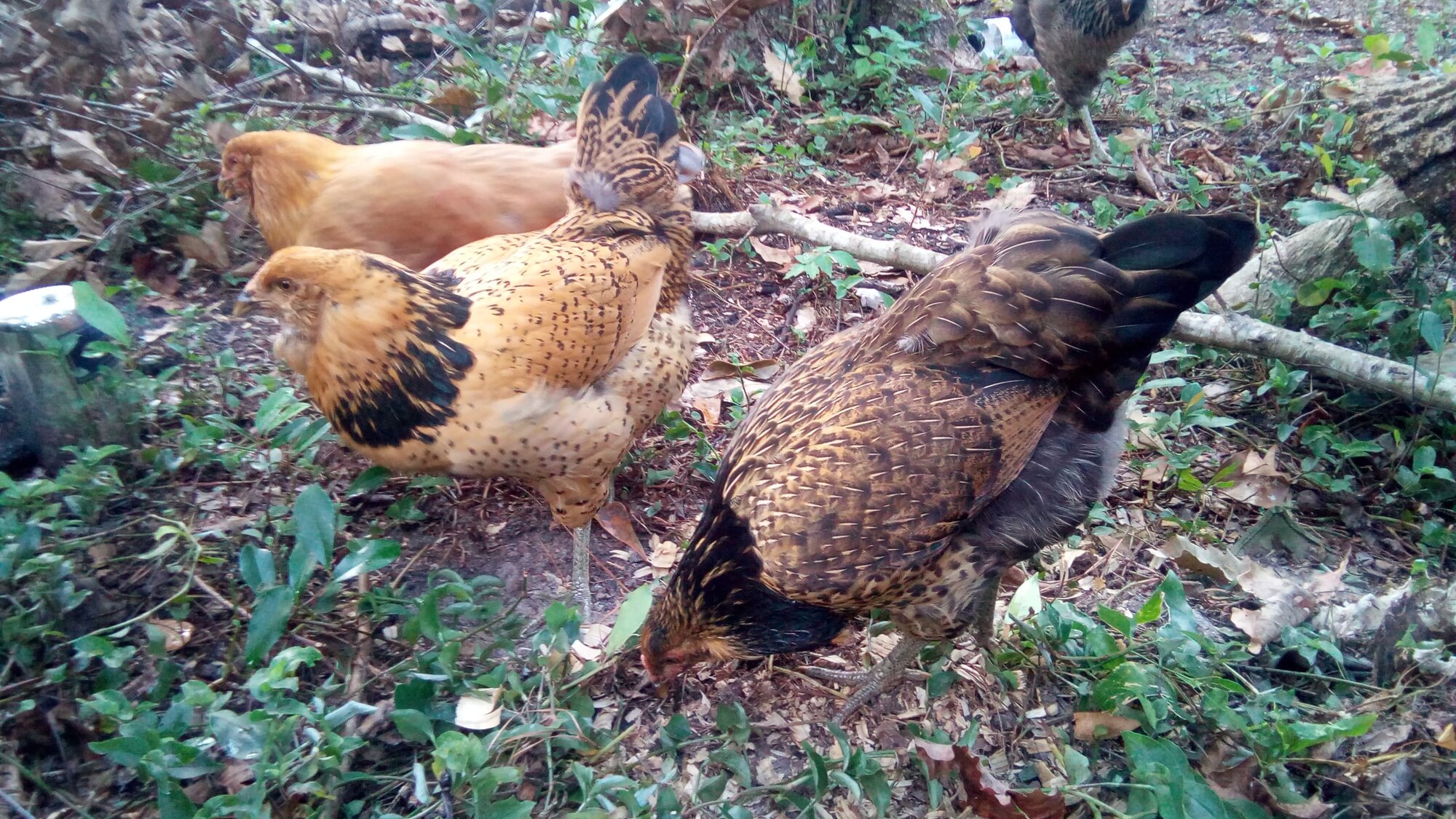 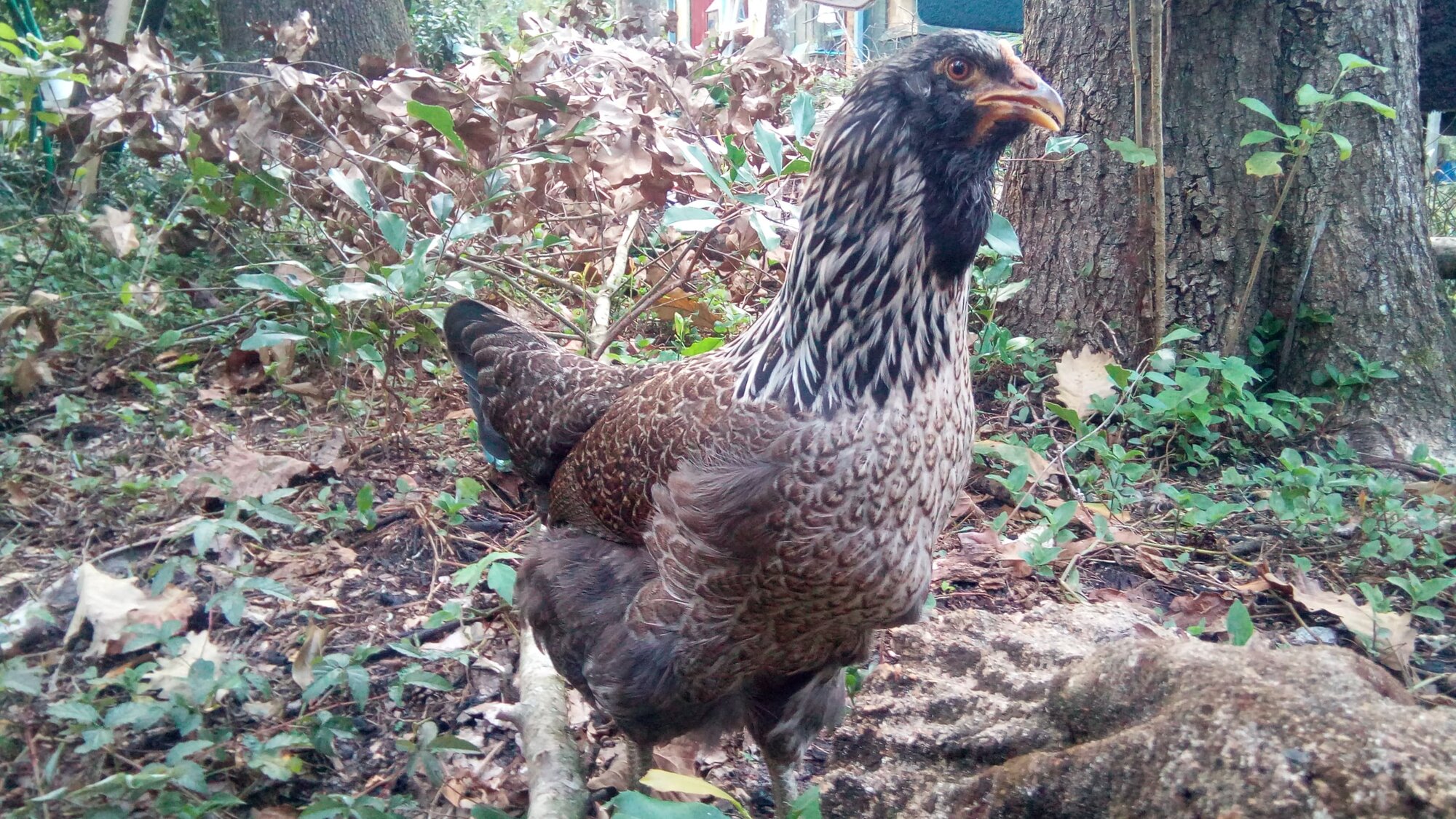 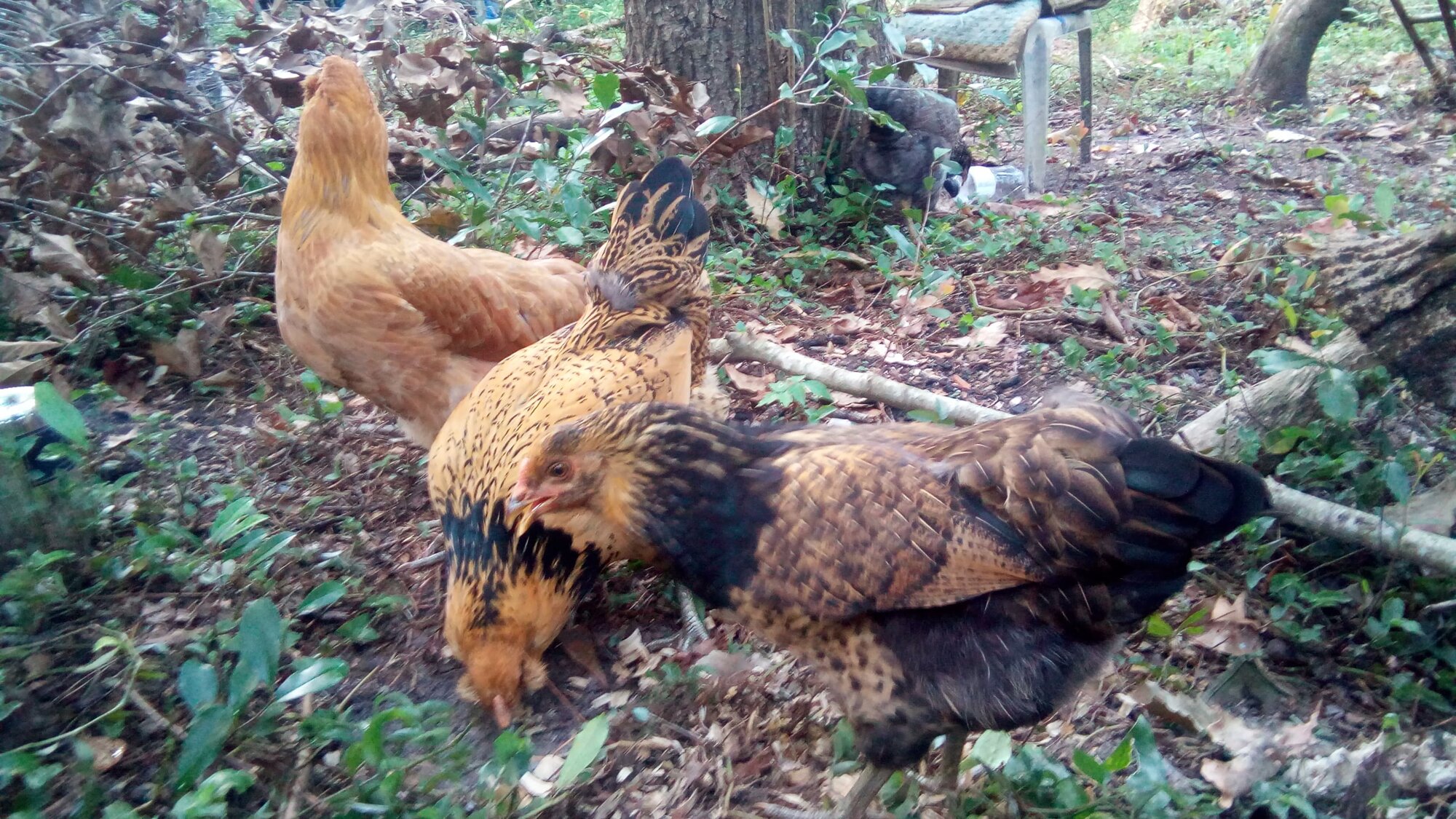 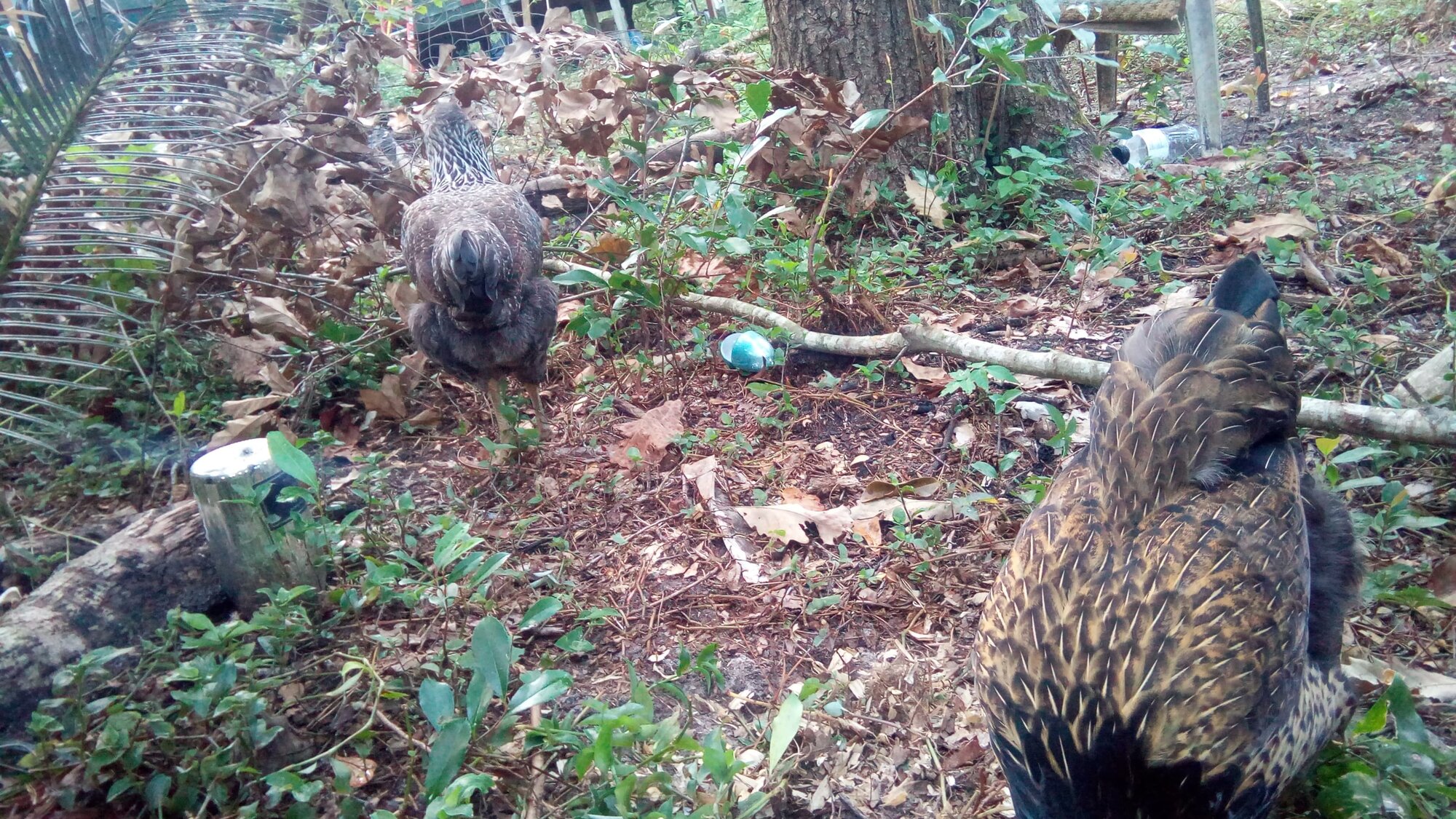 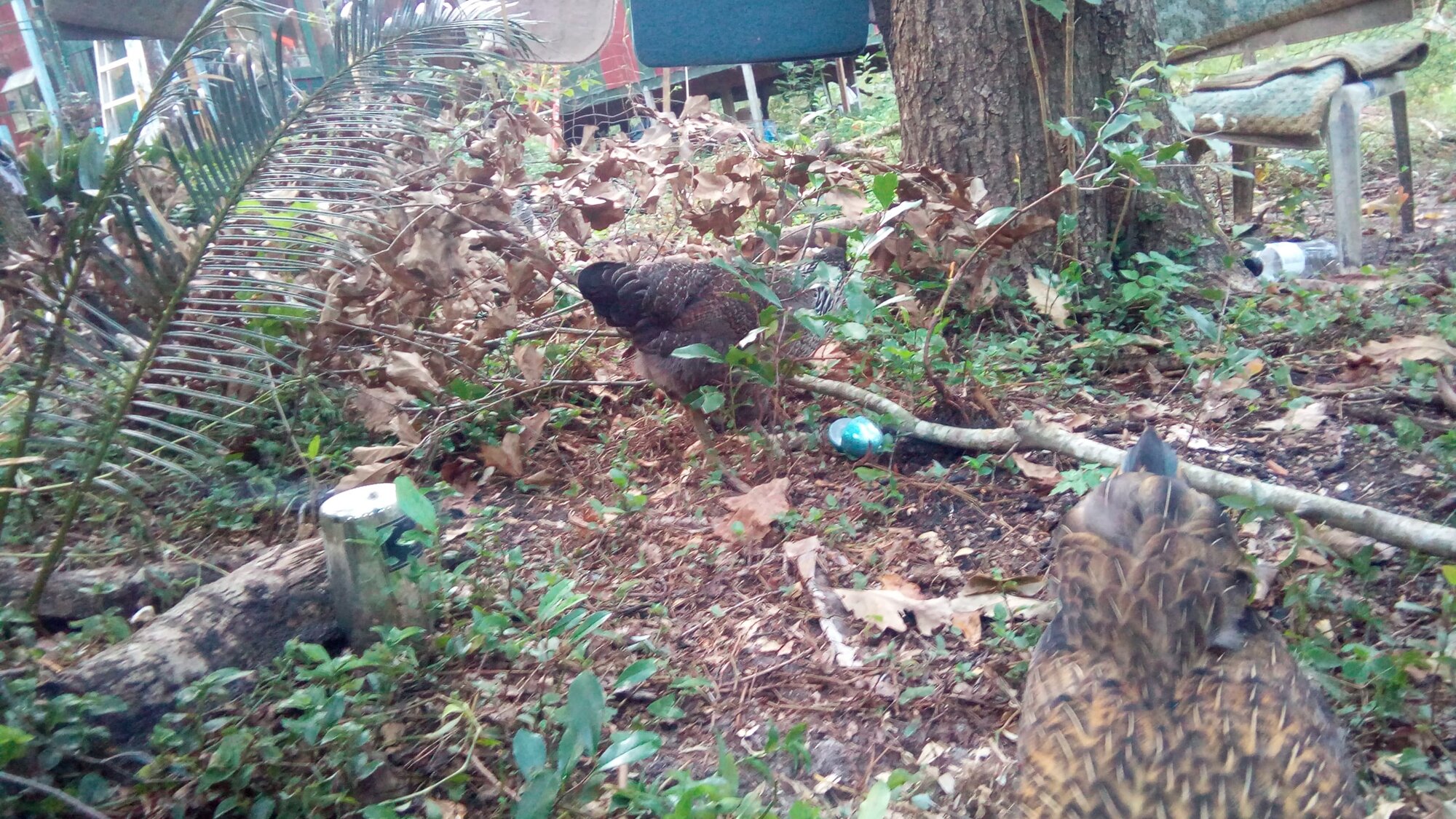 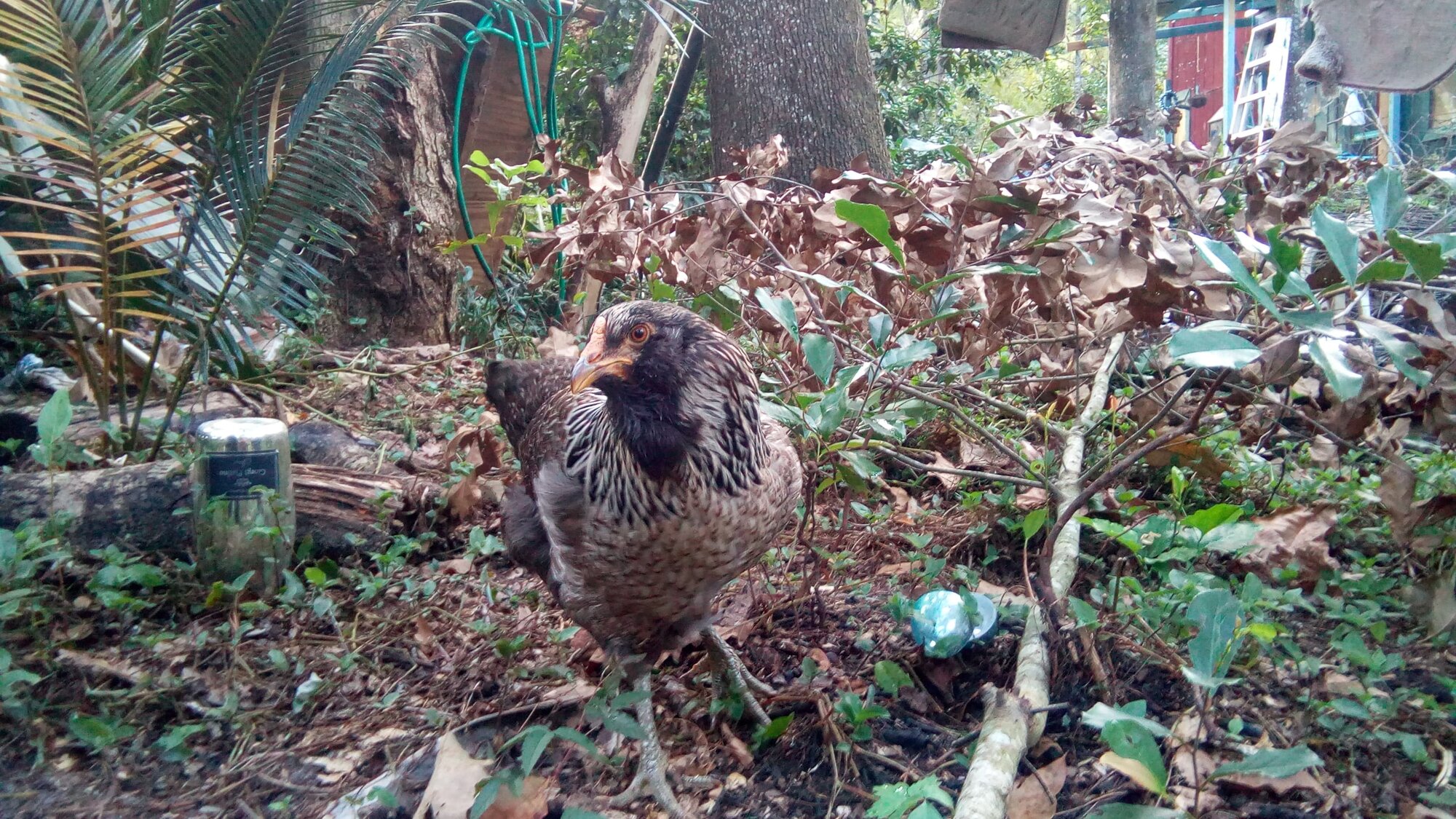 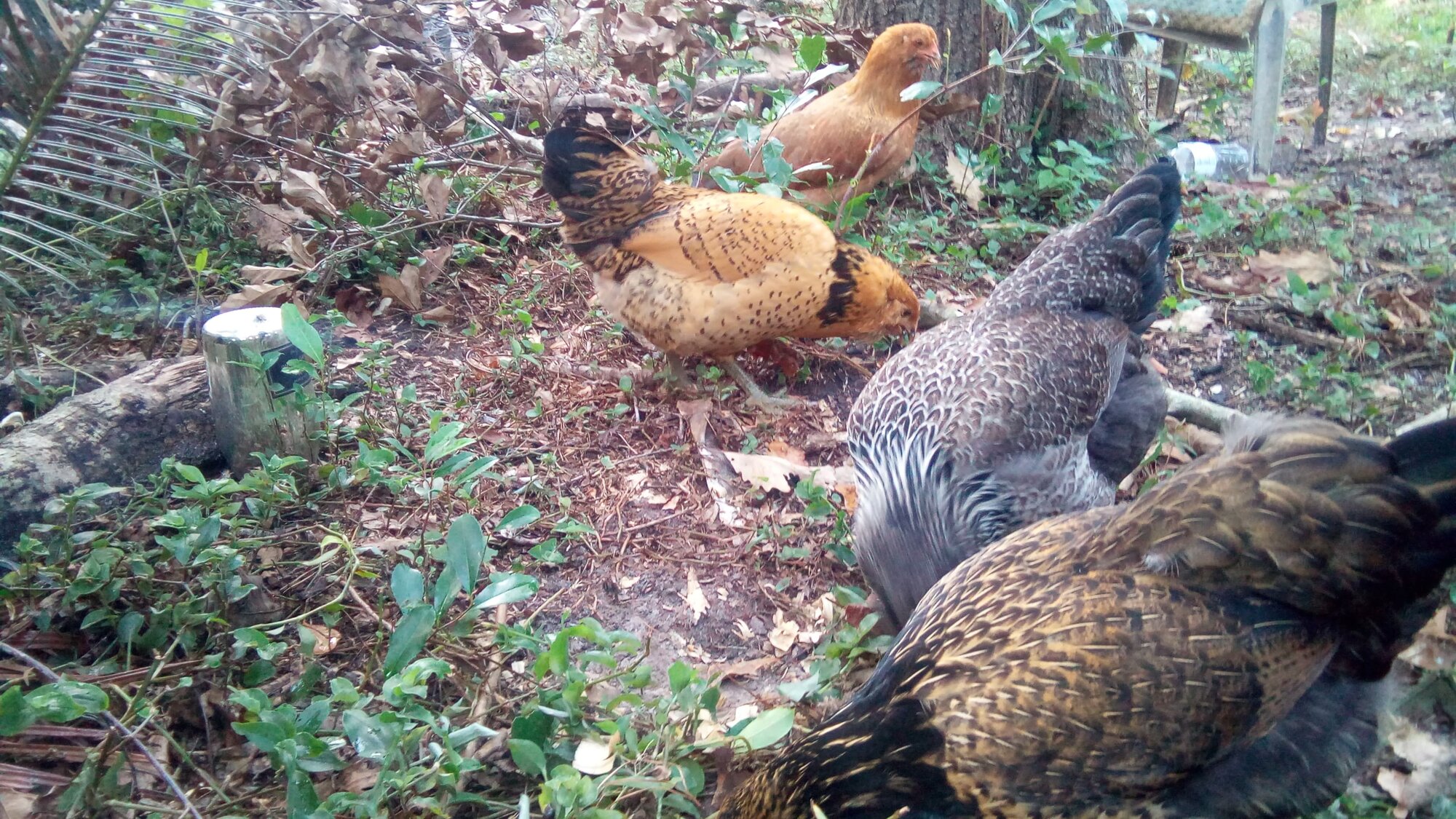 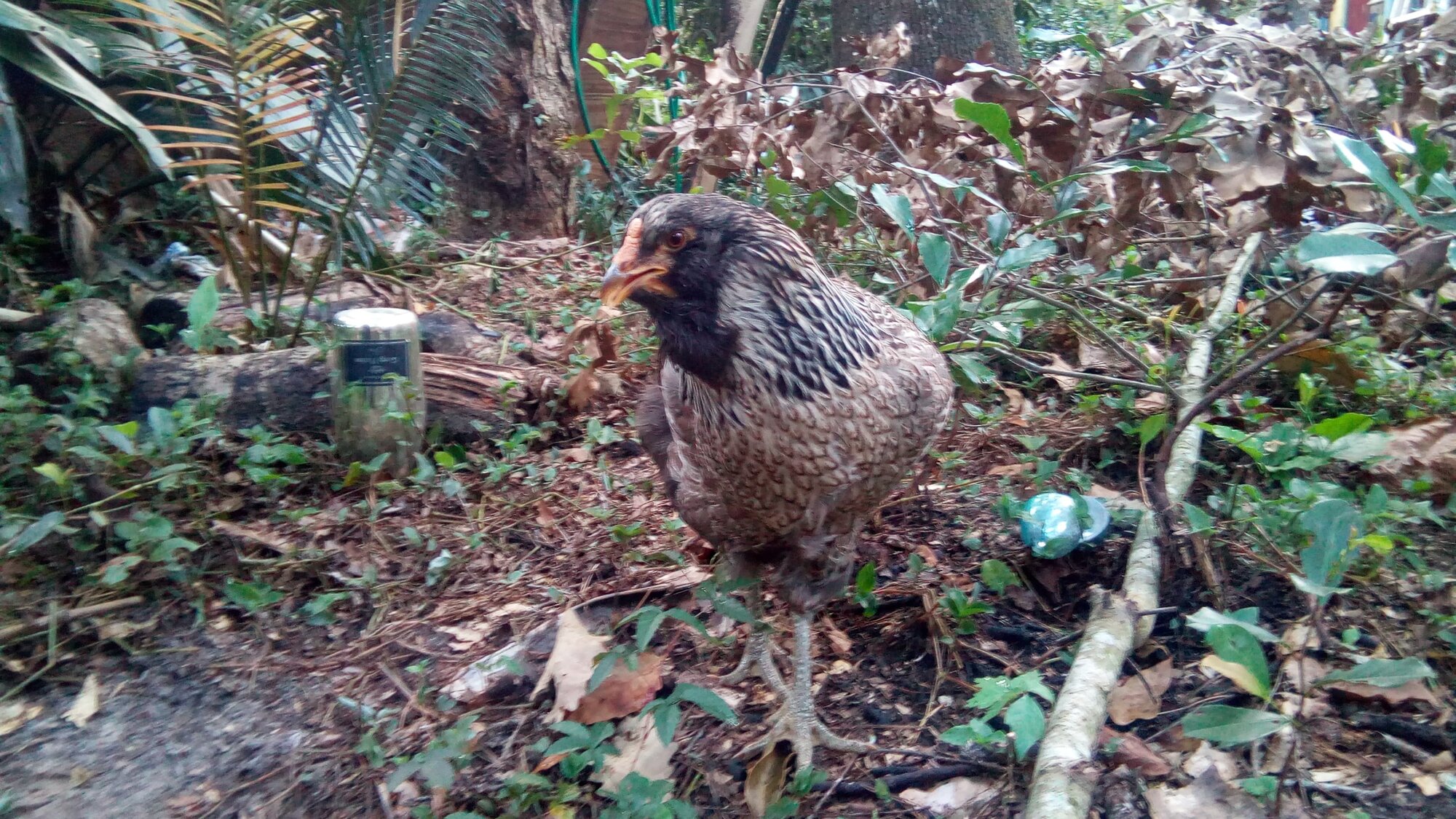 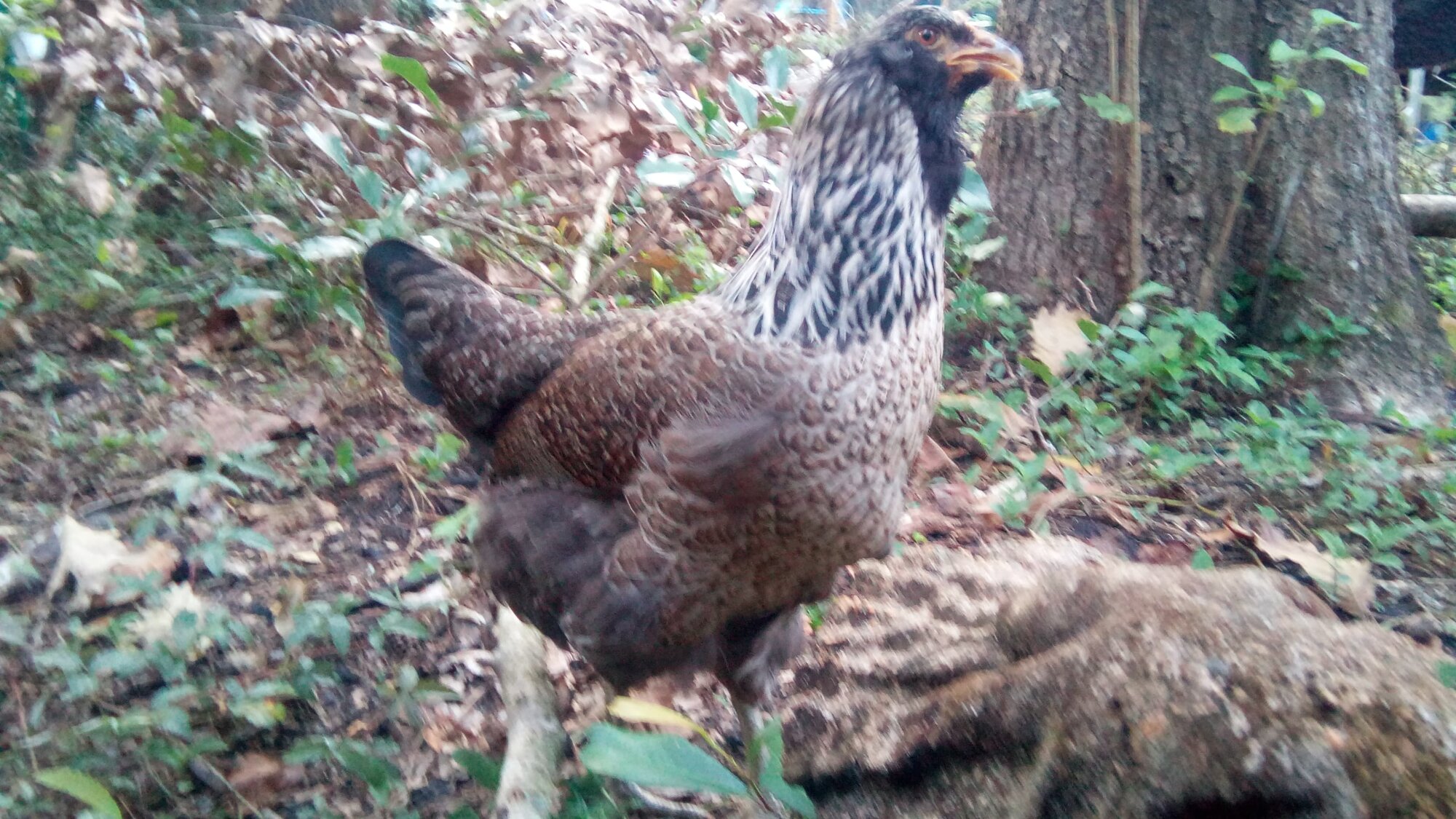 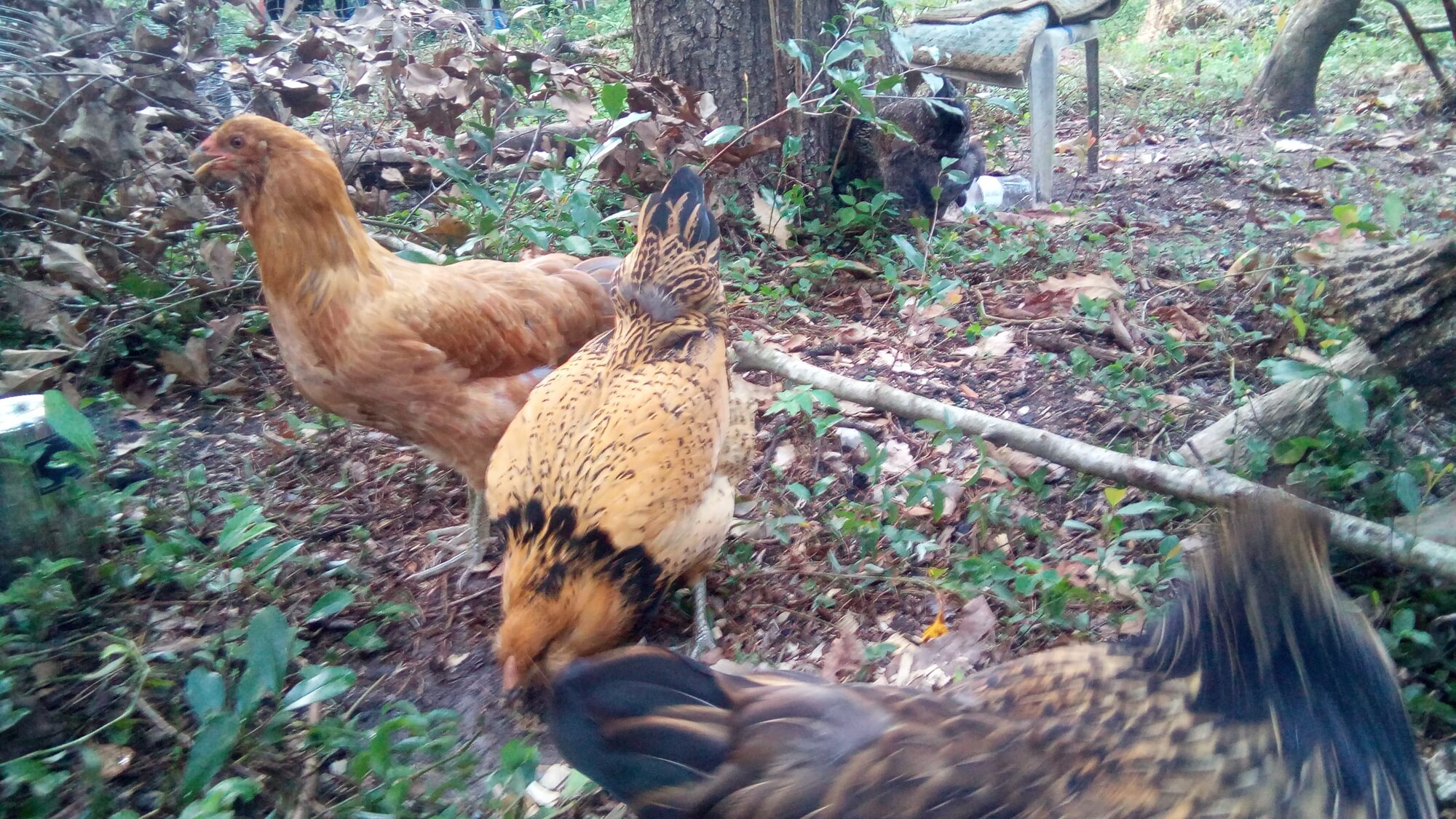 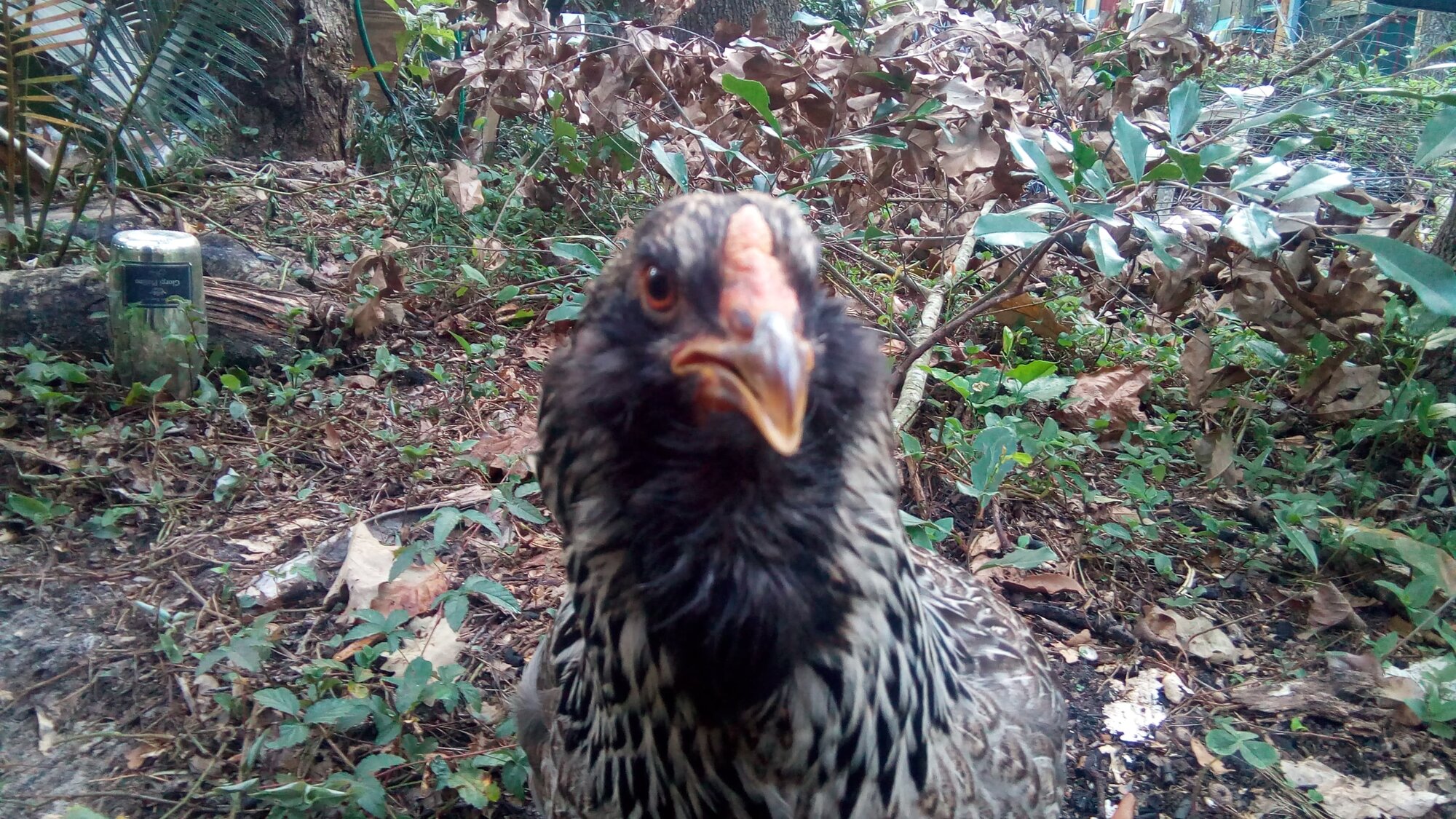 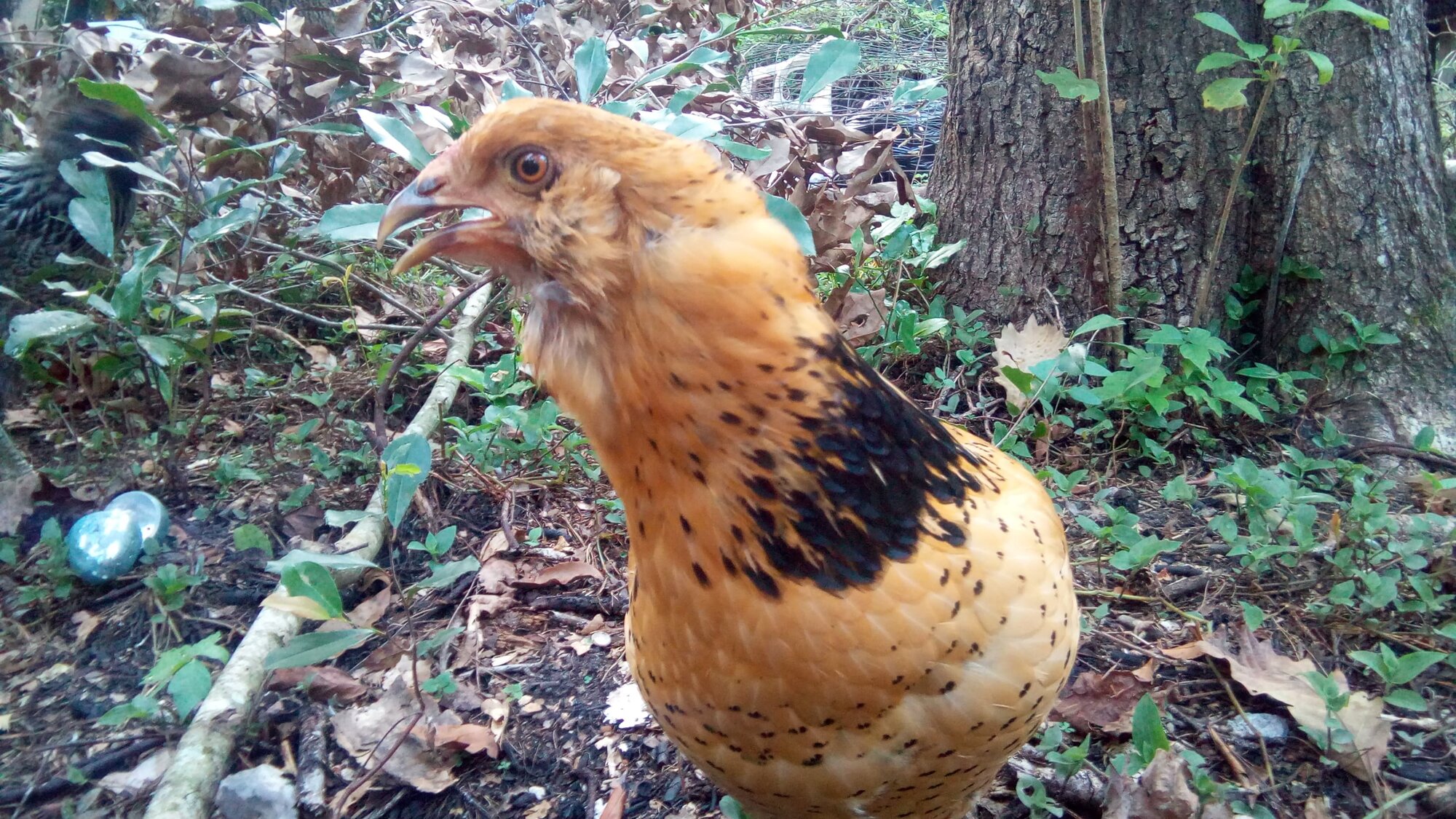 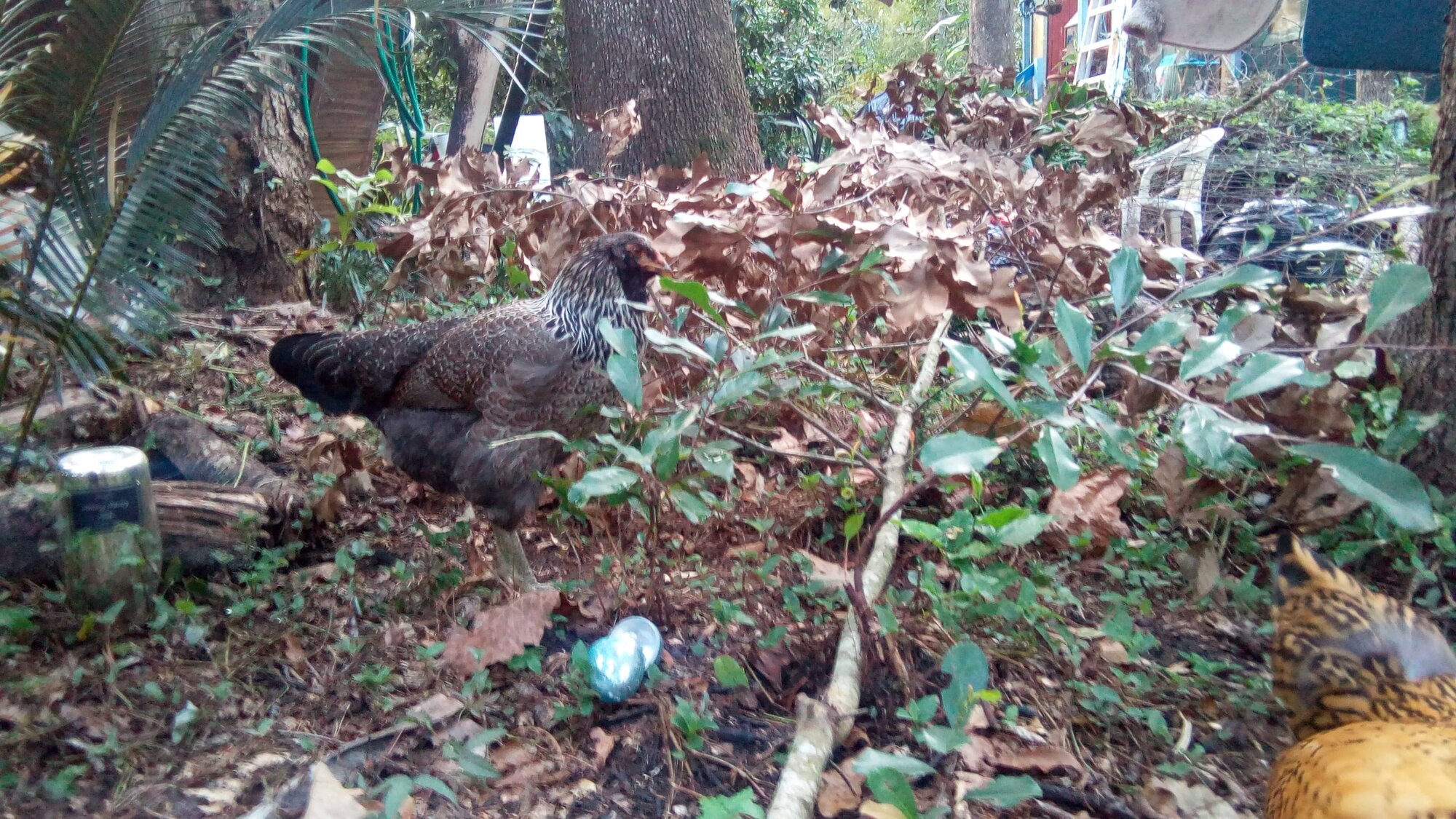 You only have pullets pictured. Yay!!!

And then I went back and saw that you were hopeful she was a he... Sorry!

Beautiful EEs! I can’t tell if Julian is a male are not. I would think the saddle/hackle feathers would be more developed at 20 weeks. And, you would here crowing by now from him.

I believe those are all pullets...

They are beautiful!
They all look like pullets. Can you get a closer pic of Julian's wings where the red shows? And do keep us updated for educational purposes! (I have so much trouble sexing my easter eggers..I'm an eternal optimist. Lol.)
S

Hey everyone, thank you so much for the input. He is a girl im pretty sure. At 22 weeks and 1 day for all my pretty Easter Eggers, still no eggs but no rooster signs either. I ordered 5 more chickies to complete my flock and went ahead and got a Buff Brahma Rooster with the order. I can already see clear signs as to which the boy is. Here are my Easter Eggers now. (Julian was standing on my feet and looking for the m and ms i was eatting, if anyone wondered why he was under a tv tray.)

You have beautiful easter eggers. But, are you aware that one of them looks a lot like a turtle?
Enjoy your pretty eggs!
S

Hehe, yeah, it wandered by while I was taking photos. It likes to follow the chickens and eat some of their treats. There's a few wild turtles out here.

Easter egger or no?