Both Schorger, in his The Wild Turkey (its history and domestication), and Klauber, in his Rattlesnakes, recount the observations of those who witnessed toms attacking - and sometimes killing snakes (both nonvenomous/venomous). The anecdotes don't mention hens. Our Slate hen, a few years back chased a 5.5ft. Black Rat Snake directly up a White Oak. However, this same hen, during breeding season, `presented' herself to owner without giving a thought to the 4ft. Black Rat Snake coiled next to her in the weeds (I carried off the snake, then carried the hen back to the run). Day before yesterday I checked the treeline for foxes and entered house for a few minutes. On return this was the scene (the Prairie King Snake was rescued after hen `threw' it - hens seemed proud of themselves - happy dancing with poult): If I had not intervened, I'm pretty confident the girls would have killed it (tom/jakes were satisfied with letting the distaff death squad rule the roost). 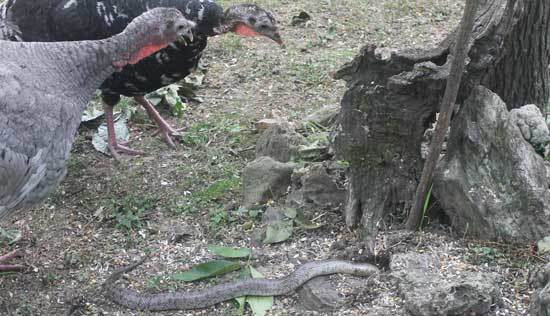 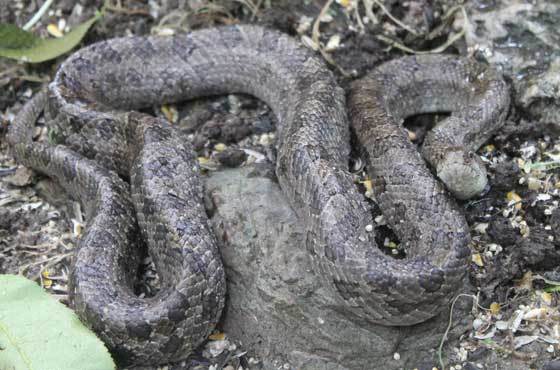 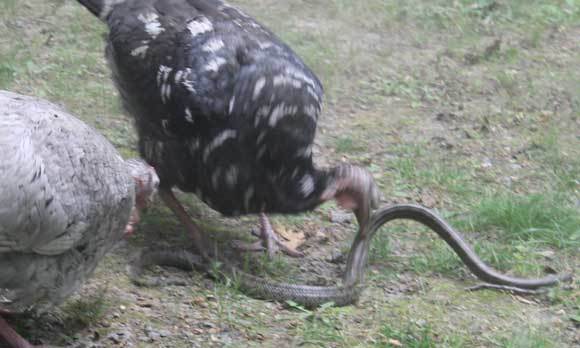 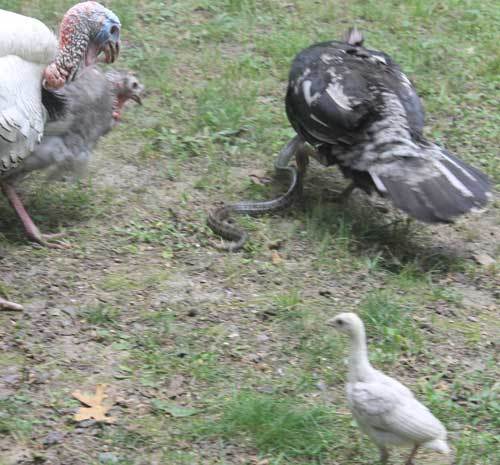 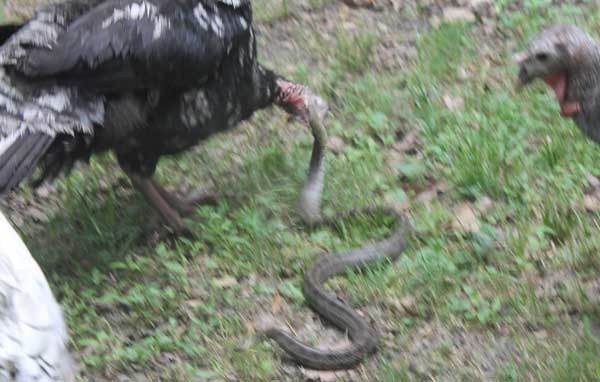 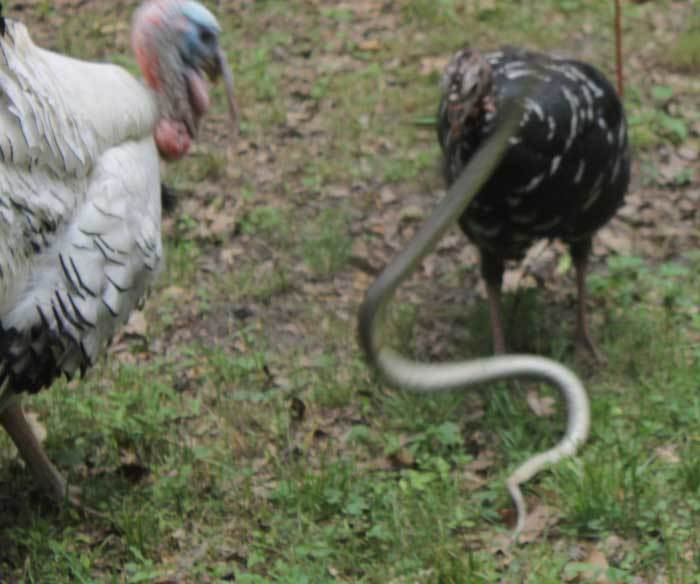 Those girls were conducting a serious 'beat down'.

Black snake killed two chickens. What to do?
2

SOME THOUGHTS ON PREATORS OF POULTRY

One AWESOME Hubby and one lucky hen!! A snake story...