Way to go my broodies, the ducklings are here!!! LOTS of pics :)

Ok, so this week has been full of excitement once we got back from the lake. I don't know if everyone remembers me asking if you could put duck eggs under a chicken or not. Well, we put two of my ducks eggs under my broody GLW chicken since she didn't have any fertile eggs to sit on at the time and Cocoa was sitting on 17 eggs. We figured Cocoa could handle loosing a few. Monday night when we got back from the lake I ran to the chicken coop to check on the eggs under her since the duck eggs were due to hatch at the end of the month. I lifted up my GLW and sure enough there was a little brown duck. The other eggs was cracked all of the way around so it was only a little longer before that one was out too. We made it home just in time. We went and set out a brooder real quick for the the ducklings inside since now we also have silkie chicken eggs under the same GLW and wanted her to sit on those still. We put the one duckling and the egg in the brooder and the egg hatched in the brooder. Both ducklings were great and moving around. After all of this excitement we ran to check under Cocoa and see if any of her eggs had started to hatch yet. There was one very wet duckling under her. So the ducks under to chicken hatched before the ones under the duck. I thought that was interesting. The count on the eggs and hatches so far is out of 17 eggs~
The 2 eggs under my GLW: 2 hatched
The 15 eggs under Cocoa: 8 hatched, 1 stoped developing probably at a week, 2 were bad just duds I guess, 1 didn't make it out of the shell and died, 2 are now under my GLW again, the last 1 I killed.
Cocoa got off of the nest and left the last three eggs in the nest. I thought that they might be bad but hubby said just throw them under our GLW. So I put the eggs under the GLW last night and this morning one had a crack on it and I thought that our GLW had stepped on it and broke it since the crack didn't look like any of the other eggs when they started to come out. I took out that eggs and tried to candle it, I just don't have this candling thing down yet. I thought there was nothing in it. I then pocked a stick in it because I thought it was going to be like the other dud eggs and just filled yucky yoke stuff. Well, this egg had a duckling in it that still probably needed two more days until it hatched. The poor thing sat there and gasped for air.

I couldn't believe what I had done. What a terrible terrible lesson I learned.

So back to the good news. Here are the ducks that my GLW hatched
GLW Sunshine great broody! 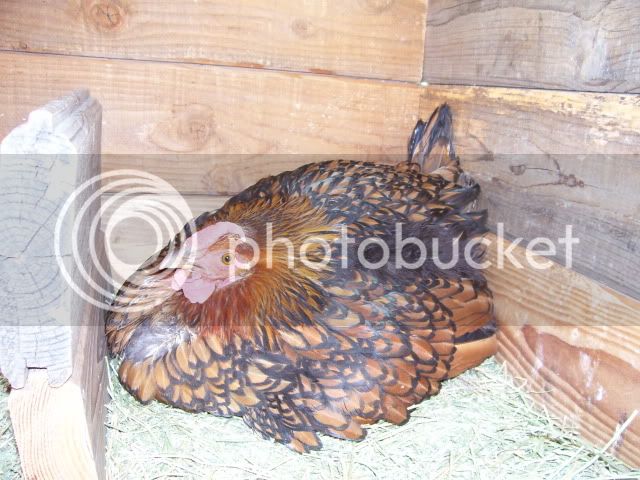 Right after we put the duckling and egg in the broody. The duck on the right just poped out of the egg 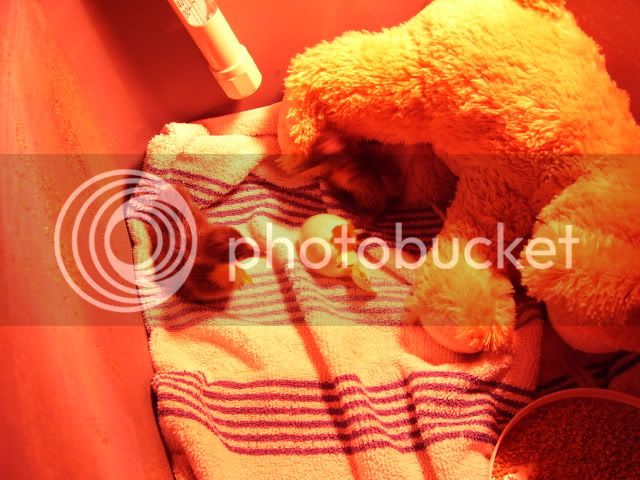 1st This one had white on the tip of its wings 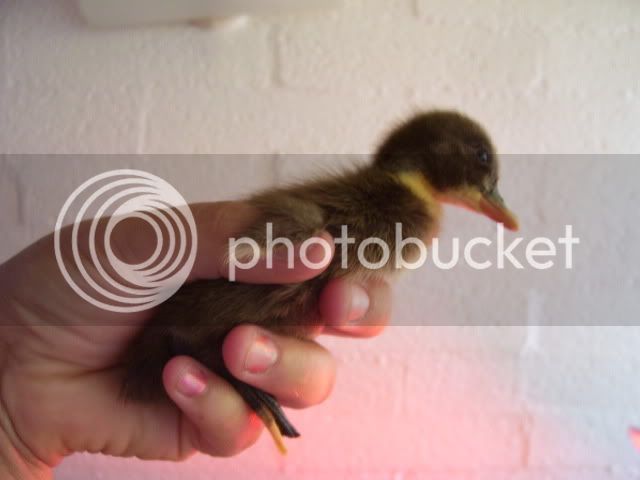 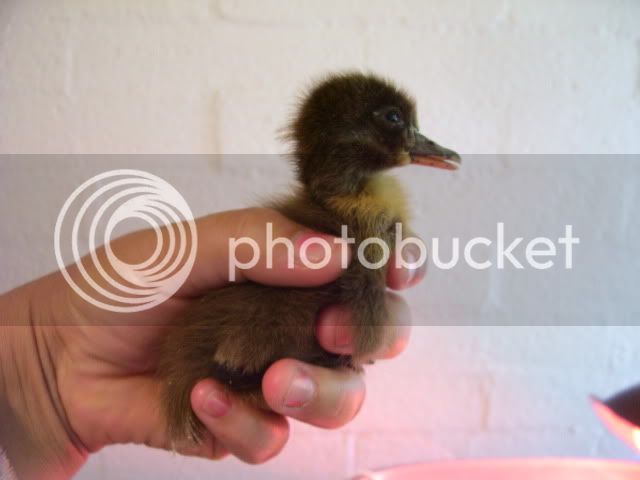 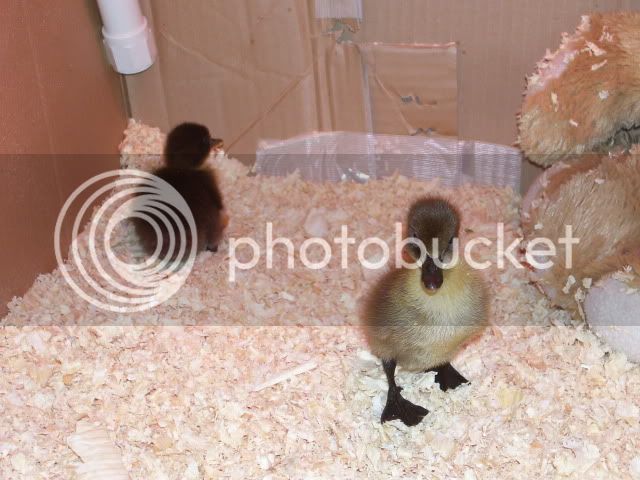 Trying to introduce them to the rest of the group 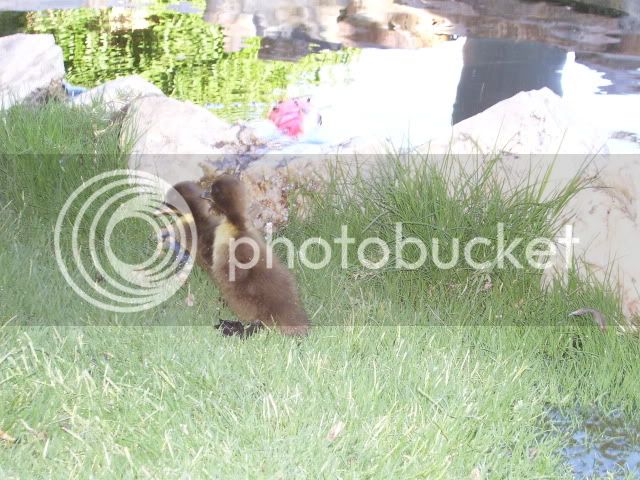 Now here is everyone together 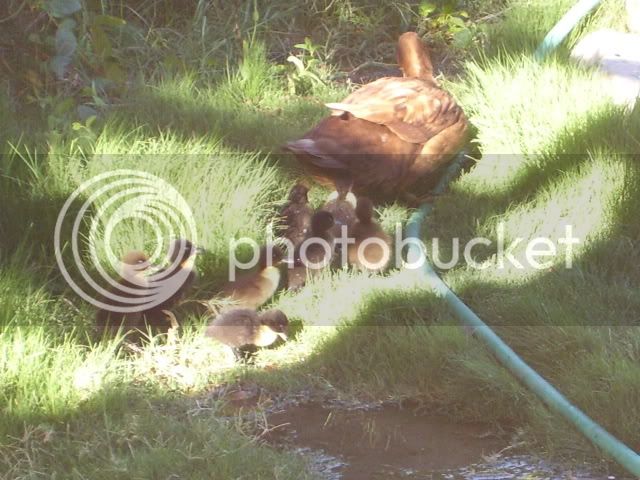 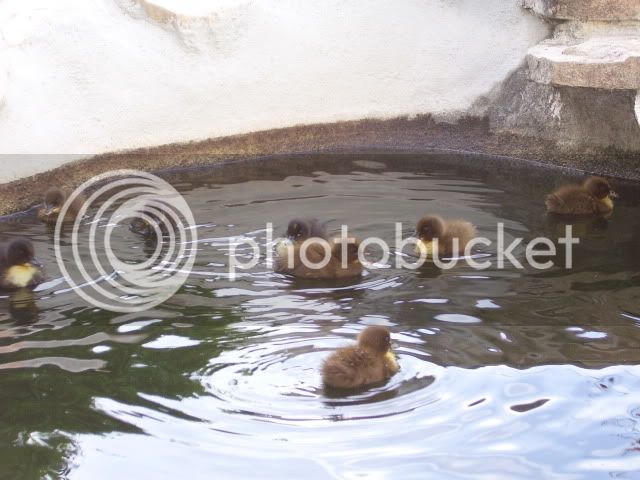 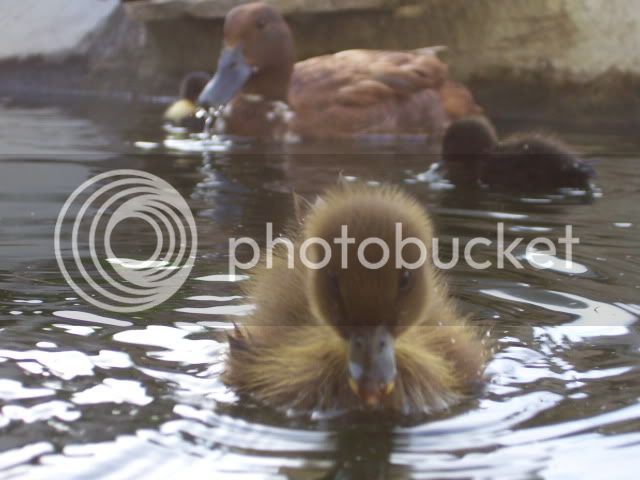 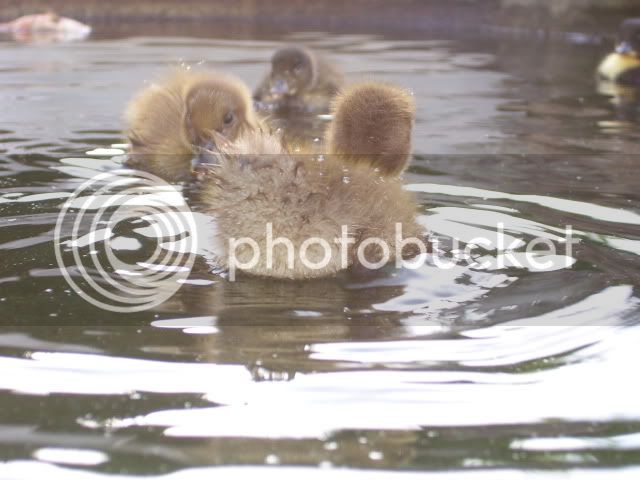 Cocoa is a great mamma! 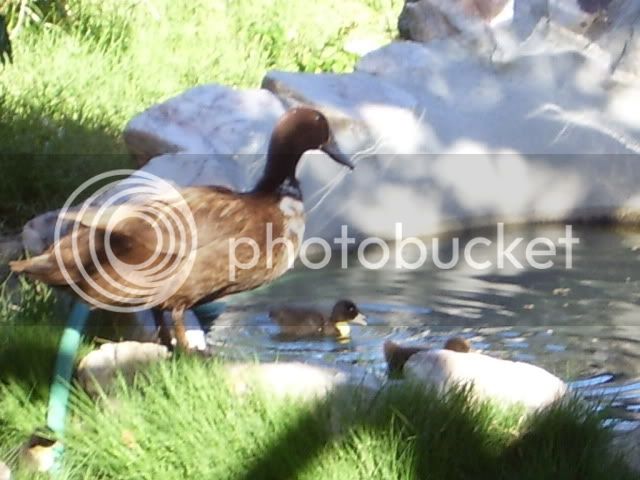 Forgot to add. My male is crazy mean to the ducklings, to the point I have his in a make-shift penned area. He runs after the ducklings and picks them up and shakes them. He will normaly run away from you if you run at him but once his eyes are set on a duckling you don't scare him a bit, he will run right threw you. Is this normal? Are we going to have to keep him pinned up?

Cute ducks...congrats! Some males will just be mean to the ducklings, it will be best for you to seperate him for a few weeks.

Oh my gosh! Congrats and good job, so cute.

From what I've seen with ducks, geese, chicks is if you have an older one that WANTS to peck/kill babies, they're not going to change. And what I mean by 'wants' is actively pursuing/chasing...not just hanging out in their own space and bopping a baby on the head if it wonders to close....good thing is babies get bigger and everyone gets along later....most the time

Your duckies are cute! Can't wait for my turn.

I think I am going to just have to keep him pinned. He trys with all his might to get those poor little things. With ten running around Cocoa she can't protect that many.

Thanks everyone for the cute comments! There are 5 blacks and 5 browns. I am wondering if the blacks are males and browns are females like the parents were.

I am going to keep two females and the rest are going to a friend.

Is the male duck their Daddy? I've got a pair of Australian Spotted ducks and their 8 babies (going on 2 weeks old now) and he's wonderful with the babies. He's just as good or better than the Mama at running my Mandarins away from the babies. (The Mandarins like to fly down from where they are hanging out and land in the middle of or near the Aussie family.) The parents hang together pretty nicely now and watch those 8 babies like hawks! I love to watch them!
Good Luck!
Your ducklings are adorable!
Lisa

Sweet sweet sweet pics! Esp love the one with the duckling facing the camera in the water. Adorable. CONGRATS!

Quote:
Yes the male is the daddy. I think he is just going to be one of those jerks. 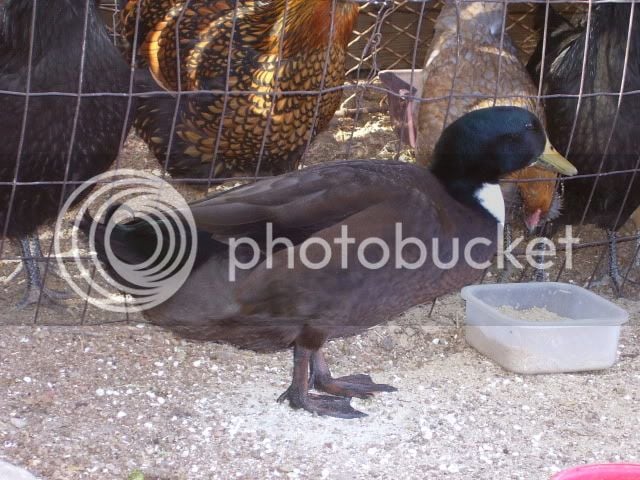 Oh my!!! Absolutely adorable! Great pics of your ducklings. Now I want some ducks.

Broody duck not sitting on eggs
2