What kind of chickens are these?

Back in July my son bought a box of nine "Heirloom" breed chicks at a fair. These three they have no idea what they are.

This is a small sized rooster 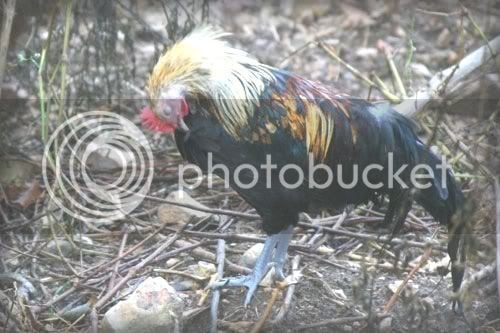 This is a regular sized pullet, but has really yellow legs more yellow than his Rhode Island Reds. And it has bluish green tail feathers. 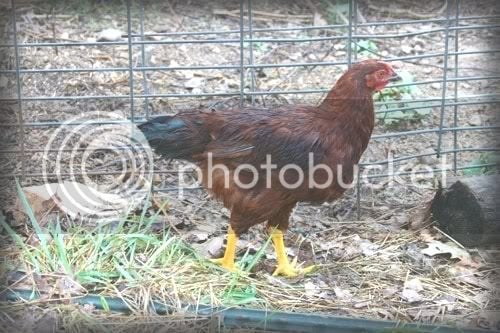 This is another little rooster 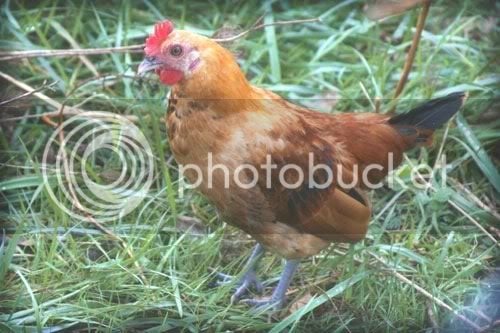 Any ideas on the breeds?

I'm not sure, but man those are some yellow legs!

My guess is the top and bottom are probably OEGB, and the middle a RIR...Someone said once if they are fed a lot of corn it can make their legs really orange.

Quote:
That would be my guess too...

I'm sorry but your pullet looks like a roo to me. And looks like a Buckeye because I don't see a single comb on your bird.

We'd really need a close up pic of the head straight on. Now I'm not starting anything I just knew I'd seen this before...It's on the RIR description on feathersite, "The single combed variety was admitted to the APA's Standard of Perfection in 1904 and the rose combed birds a year later." There is also a rosecomb variety of RIR so the comb having to be single isn't always reliable. And near the bottom and about the middle it shows some...The cocks really shows a rosecomb but the hens not so much.
But you do have a point it could be a young male Buckeye, I was just going by the fact that my Buckeye pullet doesn't have near that much green/black tail feathers and assumed it was older.

RIR's come in single and rose comb varieties but RC r hard to find and usually rare. i sold my RC RIR pullet that was about 10mth old a few weeks ago. it is definately not a RC RIR legs r way to yellow and to much dark color in it.

Im pretty sure that middle bird is a Buckeye.

Do Buckeyes have those "sky blue" legs?

Gercarson..we're talking about the middle bird with bright yellow legs.

F
No idea what kind of chicken this is

P
What breed & gender is this chicken
2

Any Idea of Breed?
2