Im starting to set aside my breeding groups for 2012 and other then my genetic projects I don't really care what colors I end up with... sooooo.......

I wondered what colors were most popular with people this year. Just like chickens we duck and especially Muscovy breeders go through fads. Are lighter dilutes or darker colors in this year? White heads? Pieds? Im going to be selling a few ducklings this year and would like to set up my groups to meet what people are actually looking for.
This will be the first year I will be able to offer ducklings so.. would like to offer what people want.
Thank you for any input.

I know chocolate and lavender are hot colors.

I am hoping to get some lavender muscovy eggs in the spring for my girls to hatch out. love that color.

I have lavander.. maybe I should breed more of those?

I have no idea about Muscovy, but I took a pair of lavender Swedish to a swap and wasn't finished unpacking before they were sold to people who were over the moon to get them and paid a good price for them without batting an eyelash.

So last fall, lavender was still a very hot color.

A caution: I think lavender is very pretty Chocolate, not so much. I suspect people are buying chocolate simply because it is rare and they want rare. When the fad is over, I think the market will no longer be there because there are many colors that are prettier to look at than just plain old brown. So be careful about getting caught with a lot of chocolate after the bubble bursts.

The public always likes spots. Blue is tried and true over the decades. Blue spots probably are always going to work well.

I personally like the look of chocolate. I have a chocolate and white girl and she is very pretty, I like ALL black for some reason, and Blue/Lavender..I pretty much like all the colors, accept all white, they aren't my favorite.

i personally LOVE chocolates especially after a molt when they are dark and shiny... and another i think is still popular is barred...(any color)

I have chocolate, lavender and now choc/lavender combo. Very pretty. I have to use my phone for the internet so I don't know how to take the photo and put it on here...sorry.

I have never seen the chocolate lavender combo, I assume that would be like a blue fawn, only in Lavender? I would love to see pics.

I could sell probably 3 X as many chocolates as any other color.....
I have to admit though, They are also one of my personal favorites. 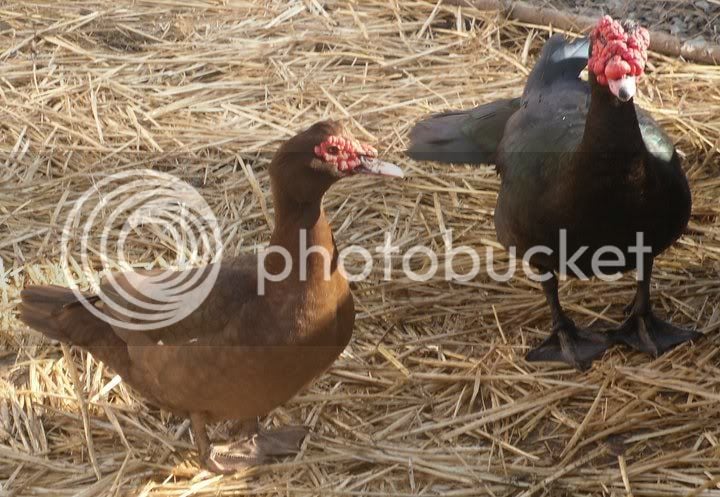 What to do with this outcasted drake?
2 3