Article Gallery
Leave a rating
My Chickens
I am working on getting a flock that lays a wide variety of different colored eggs. Due to a dog attack I am down to mostly white egg layers. (Not that it matters right now- everyone is moulting and no one is laying.)
Standard Breeds​ 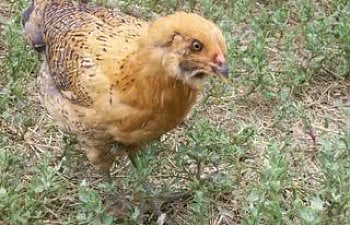 Bertha is an Easter Egger. She lays pretty green eggs. When she was laying she layed almost every day.

This is Pocahontas. She is an Ancona. She is a curious chicken, who flits around everywhere. 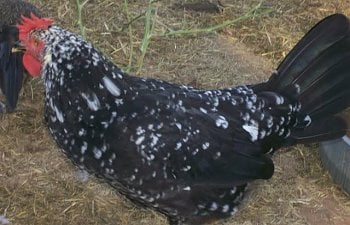 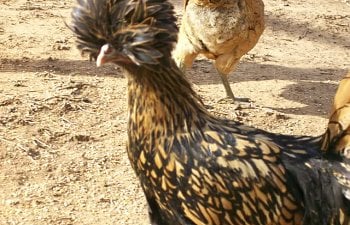 Thelma is a Golden Polish. She lays tiny white eggs. She can't see to well because of her afro. It makes her act a little confused sometimes, and she is easy to sneak up on.​ 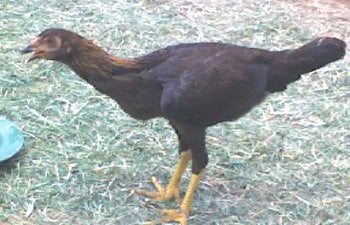 Molly is a Dark Red Ghan Asil. She is a very nosy chicken, too.​ 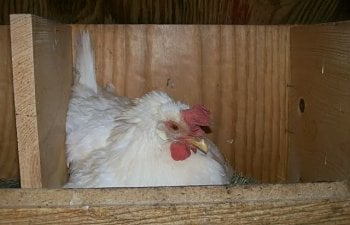 Cali is a California White Leghorn. She is currently sitting on 2 cuckoo marans, 3 spitzhaben, 1 egyptian fayoumi, and one brabanter egg. They are due to hatch December 3. She has been a good momma sitting. Hopefully, she will be a good momma when they hatch.​
These 2 pullets are Jigglypuff and Kirby. they are buff orpingtons. 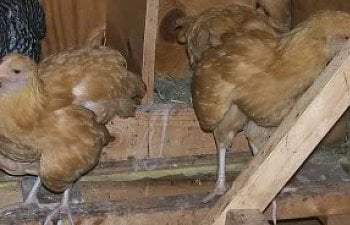 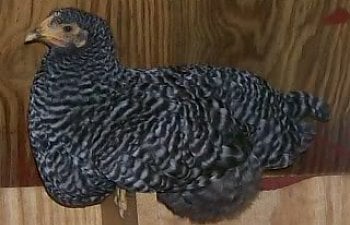 Betsy is a Barred Rock.​ 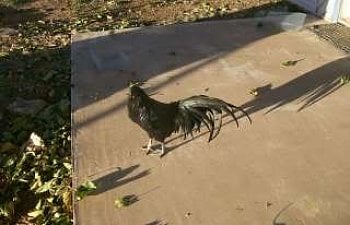 ​
These are my 2 Sumatra roos, Ugly & Uglier. They have actually become a little prettier since they were named.​ 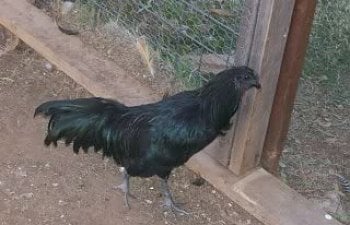 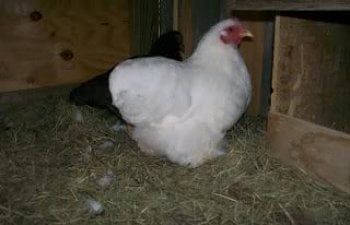 This is my white bantam cochin pullet, Fluffy. She is a new addition. She came with her friend Drumstick, a bantam cornish hen 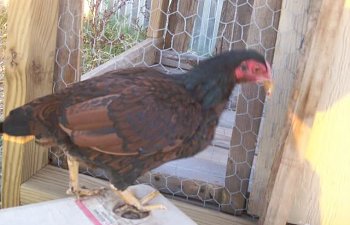 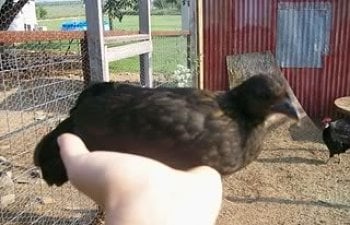 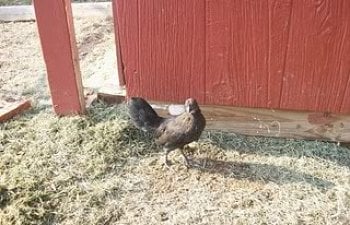 This is Peewee, a Old English Game Bantam. She is sweet, and likes to be held.
Here are pics of my Silkie babies. They are 6 weeks old here. Names are subject to change.​ 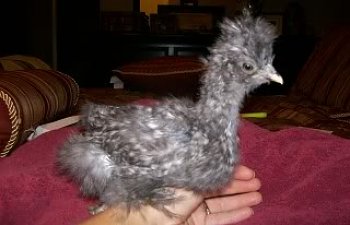 This is Loco, my cuckoo silkie. She is smaller than the rest, and the only one to have light eyes.​
This is Puff, a buff silkie. She is the puffiest of all my silkies, thus the unique name. 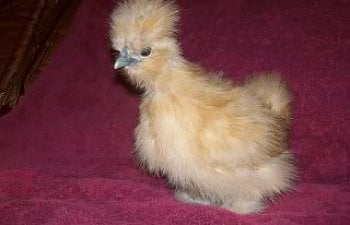 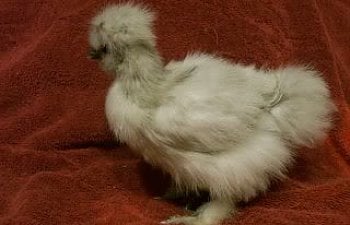 This is Pinky, a blue splash silkie. She has a pink toe on each foot.​
This is a dark silkie. Not sure if it is black or something else. Doesn't have a name yet. 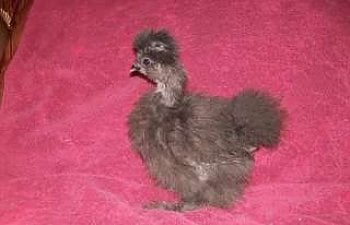 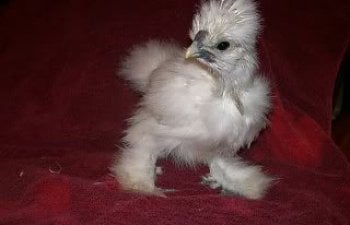 This is Spike, a white silkie. I'm almost positive he is a boy. I was confused about his coloring, because he started out blue until his feathers came in.​
This is Crooked Bill. He is black with a gray chest. 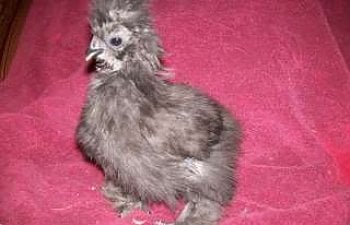 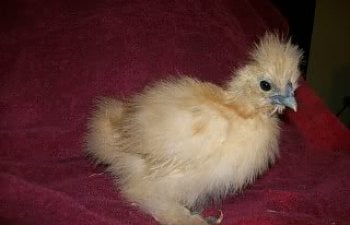 This is another buff baby. I'm thinking this one is a boy, too.​
Here is another splash baby, or maybe light blue. This one is still nameless too. 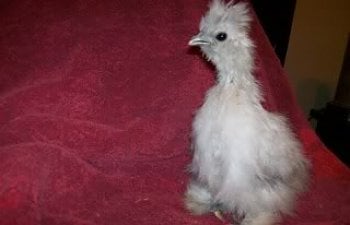 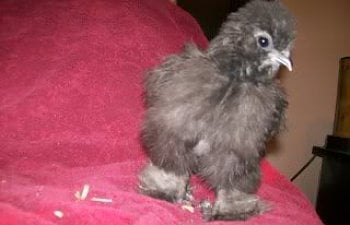 This is Jorge, a black silkie. He is the heaviest of all the silkie babies. Too many tortillas!!​
This is Stripe, a white silkie. He has a nice mohawk. 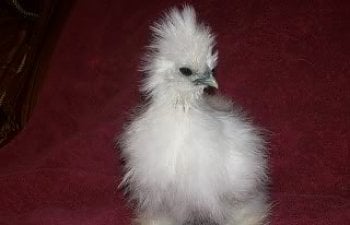 ​
This is Blue, a blue silkie.I think a boy. He likes to spar. 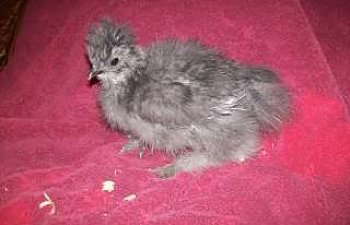 ​
This is Baldie, a buff silkie who has a head problem. Her feathers are starting to fill in now, though. 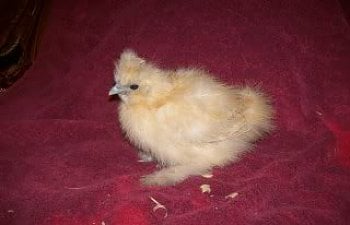 ​
This is Charlie Four Toes, a blue splash silkie. He has only 4 toes on his right foot. He can't stay still, but is one of my favorites. 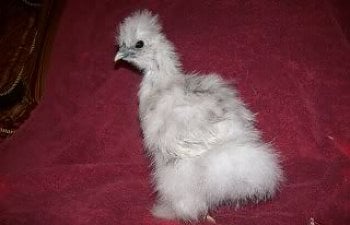