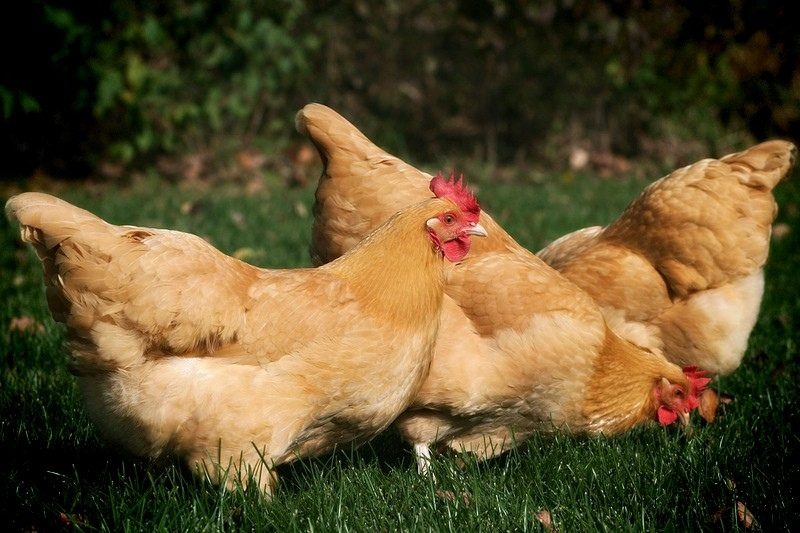 The original Orpington, the Black, was developed in England in 1886 and brought to the US in...
Overview Reviews (523) Gallery (73)
Leave a rating

Breed Colors/Varieties
USA APA: Buff, Black, White, BlueSplash in not recognized at this time.Also there are a few other colors of Orpington Projects under way in the USA as of today. 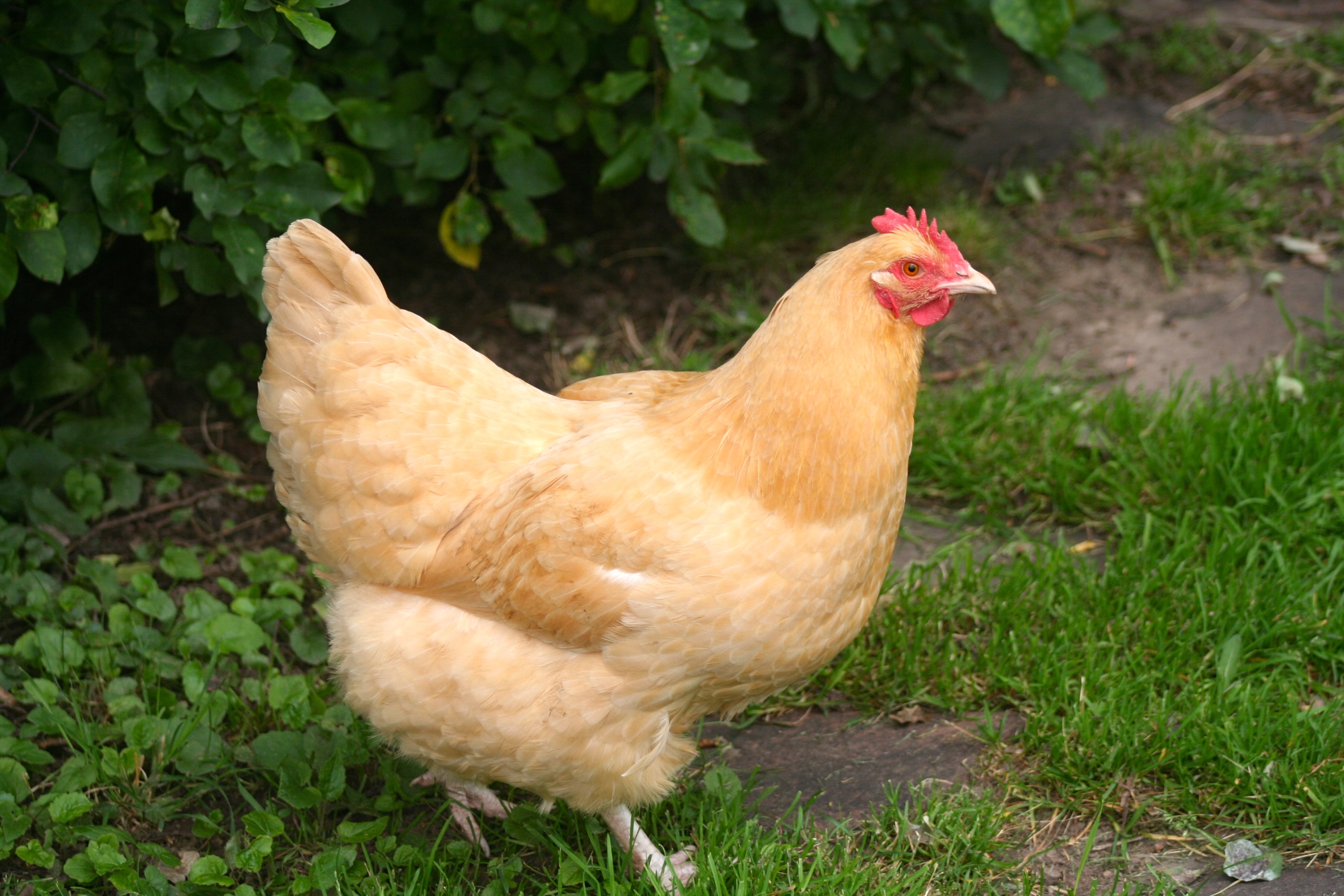 The popular Orpington breed originated from the town of Orpington, Kent, in south-east England, where the original black Orpington was bred by William Cook in 1886. (Mr Cook also created the Orpington duck breed). Mr Cook crossed Minorcas, Langshans and Plymouth Rocks to create a new hybrid breed, from which he selected to breed a black bird, that would also exhibit well, by hiding the dirt and soot of London.
The breed was shown in Madison Square Gardens in 1895 and its popularity soared. Its large size and soft appearance together with its beautiful colours make it very attractive breed and as such its popularity has grown as a show bird rather than a utility breed. Hens are fairly often broody and are good mothers. Although rather heavy, they are able to fly small distances but rarely do so.
The original breed colours/varieties are black, white, buff, blue and splash. Although there are many additional varieties recognised throughout the world, for example the Jubilee Orpington, only the original colours are recognised by the American Standard, the Buff being the most common colour. In the beginning of the twentieth century, Herman Kuhn of Germany developed a Bantam variety of Orpingtons and the Bantam retains the appearance of the LF Orpingtons, but in a smaller size. There is a large variety of colours in the Bantam version, including black, blue laced, white, buff, red, buff black laced, barred, buff Columbian, and birchen. 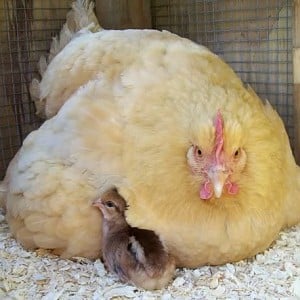 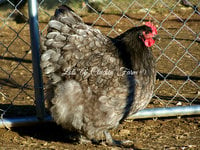 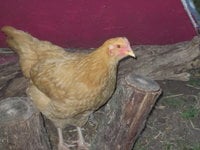 For more about Orpingtons and their breeders's and owners' experiences with them, see our breed discussion here:

My hex nut (BO)
Pros: Great layers, loves to be held, not aggressive to the flock but still high on the pecking order, very cold-hardy
Cons: Tends to wander and is a bit of a nutter, slightly less heat hardy.
I love Hex Nut my Buff Orp. She's so pretty and lays lovely brown eggs. She does try to hatch them on occasion but since we don't have a rooster she gives up pretty quick! I love my bird!
Good birds... a bit overrated.
Pros: Usually sweet.

Hatchery Orpingtons, especially of the Buff variety, are low quality but highly rated. They lose all of their fluffiness, and are overall just plain overrated. That’s my opinion though.

Not always nice, and occasionally may bully other chickens.
Most of this is based off of my experience with Orpingtons. And all I have is one Buff Orpington. She’s fairly ok, but not as amazing as my other birds. Worth getting if you want the classic, yellow, chicken (buff)

All negativity aside, I really want a lavender Orpington some time. Here’s a few pictures of Emily, the BO

Barbara Cheetham
My Buffy is so smart she is learning to do tricks. I created a chicken agility course for her and she is just as responsive as a dog.
I love my buffs! Amazing layers and super sweet
Pros: -in my experience, great layers (4-6 eggs per week)
-super sweet
-so pretty!
Cons: So fluffy and cute that they might end up convincing you to hang with them instead of getting work done....
Talking about buff Orpington and what is good and bad about them
Reactions: Redhead_Gardener
Read more…

You're right, handling makes a huge difference. Mine are rather cuddly (except one) because I handled them quite a lot. I also noticed the greater friendliness at point of lay and beyond.
I'll be headed back to the States in three weeks and the first thing on my agenda for home projects is completing the chicken coop so we can get our Buff Orpingtons from the country store. I was considering Australorps but your photo project convinced me. Thanks! I'll show this to my wife and she'll be convinced of the breed, too. Cheers!
I'm so happy to hear that CTYankee. You will not be disappointed. I never realized how fun chickens are. I don't think I'll ever be without them for the rest of my life. I know you will really enjoy this breed.
Also live in the Northeast, this is an unusually mild winter. I am in Massachusetts.
Buff Orpingtons are one species I am looking into, I like the information.
I have australops and barred rocks, RIR's, White Rocks, Silver Wyandonette, Copper Maran, and what I think are not white rocks but, white New Jerseys, I want to add more to our 26 chicks, and buffs are very appealing. All of our chicks are friendly, docile, been hand raised by my husband I and our grandchildren.
Oh, what if we have a very hot summer like two years ago, how tolerant are the Buffs????
i love orpingtons! very pretty and not aggressive at all
well the rooster we ended up getting started floggin my kids. My son could be clear across the yard playing and the rooster would run up to him and start attacking him.. for no reason. I still rated them at 5 stars cuz i loved that rooster dearly, i always spent time with him and loved on him.. but he was so darn mean to my kids...
They are very hardy and adjust well if they are Orpingtons. My hen just hatched out 5 about a month ago and it was very cold. They are growing and very healthy.
We have an old english game bantam hen that hatched 5 chicks in december and they are all doing just fine. We cut a hole in a 20 gallon tote, filled the bottom with pine shaving and moved them in right after they hatched for extra warmth. They are fully feathered now and free range with mom every day.
Justine! I had no Idea that your BO was not friendly. Is it Olive? All I can say, is that BO's really respond greatly to treats. Keep giving her those treats. EVERY time you go out, bring her a little something. Then, when she gets totally into the whole eating from your hand thing for a while, very slowly begin petting her while she eats. She'll object at first, but the treats will be incentive enough to put up with the petting. Be persistent. Soon, she'll relate you to the treat person and treats to petting, and eventually she'll come around. It's sad that she was never handled. It certainly is a lot different when you hand raise the girls. There is a level of trust and bonding that takes place. Hopefully Olive will come around. Just give her lots of time. Since she has started laying, you may be able to catch her easier. She'll be squatting.
Kelly
http://ourcountrychronicles.blogspot.com
What a nice review! I am looking to get chickens and am having a hard time deciding what breeds to get since I have 5 children! Thanks so very much for this write up...I will get 2 Orps to give them a try! You are convincing people one by one!
Kelly,

Yes, it's Olvie, and she IS getting better. You're right, completely food oriented! She loves pretty much anything I bring her. She is eating out of my hand for the first time EVER since she was a few days prior to laying. She is also squatting like crazy now!

She doesn't like me petting her either. It's hard to pay special attention with treats when I have so many hens. They all want treats and crowd around me. Olive usually is the first one there, but my head hen will come over and peck her away. It seems the chickens I got for the friendliness factor (Cochins, Silkies and Orpington) are all less friendly than my hens purchased for looks and productivity alone. I do feel bad that she wasn't handled too, but it's rare to find hens in my area that were thought of as pets. I haven't met one person that names them and handles them for more than a health check.

Right now I actually have a girl inside! She was not handling the cold well at all. I can hardly keep her off me. She always wants to be on my lap.
She sounds like my BO Stuckie. She likes to jump on my head. Thankfully I've wearing a hat outside cuz it's cold so the little claws don't hurt. Stuckie has really good balance.
Thank you for submitting a review with such vibrant photos! I'm looking at adding two or three more hens to our backyard flock, and am considering BOs. I'm looking more seriously at them after reading your review. Cheers!
Bigfamily4me - How exciting that you will be getting BO's. I promise that you will not be disappointed. My children play with and enjoy their hens so much! Buff Orpington personalities make these birds perfect for children. How fun it must be to have 5 children. I'm the last of 7 kids, so I know what it is to grow up in a big family. Enjoy raising backyard chickens. It's a wonderful experience for kids and adults alike!!
KristenRae-They will be the perfect addition to your existing flock (look no further!!), and your little one's are going to just love them. Handle them Lots and lots when they are growing up and they will be such fun pets!
My experience with them has been they're so not aggressive they don't do well with hens that are on the aggressive. I'm talking so docile that one our hens was dragging our orpington around by her comb and she just kind of took the punishment....never fought back. I just kind of stood there in disbelief. When we lost all our hens to a dog, we decided they just weren't a good breed for the kind of mixed flock we wanted.
I also think they can be quite pretty. I would qualify that though. Buff Orpingtons are way too milk toast to do well in our flock, but if I did have to try another I would get one from a breeder. The small breeders Orp have a much nicer color too them than the hatchery version. That is often the case with breeds of course.
They are great birds, very docile and good layers. You might also check out
Black Australorps. both breeds are cold hardy if that is a concern as well.
I didn't like them, though it could have been bad genes from the breeder.

Of the ones that we got, the males were aggressive (we ended up eating the one we had saved as head rooster after he became consistently human-aggressive), the hens pecked when you tried to gather eggs, and the hens did not seem as hardy as the other hens. There are no remaining Orpingtons in our mixed flock.

The Black Australorps have been winners all around, however. cold-hardy, gentle-tempered, and a few of my flock get broody at least once every summer.