Bald lump/bubble on young chick's back

I have been raising chickens for just over a year and have never come across this before. I recently hatched some chicks and they are currently a week and two days old. One of the chicks started showing a bald spot about 3 days after hatching. It was originally flat but has become more like a bubble. The bubble isn't near the crop (there seem to be a lot of posts about this), but on the upper shoulder/just to the right of neck. At first, I thought nothing of it, and assumed that the other chicks had pulled out a clump of fluff, of perhaps that this was a rooster and that he was loosing his fluff more quickly than the others, but as mentioned previously, it has become something of a bubble. The bubble isn't hard to the touch and feels as though it is full of air or maybe liquid. The chick hasn't shown any irregular symptoms, and acts normally. It is smaller than the others, but always has been. The only change other than the bubble is tiny bald spots on the elbows of its wings, which I'm unsure of but attribute to the chick growing and the feathers not catching up yet.

I would like to make sure everything is OK, any information or advice is appreciated. 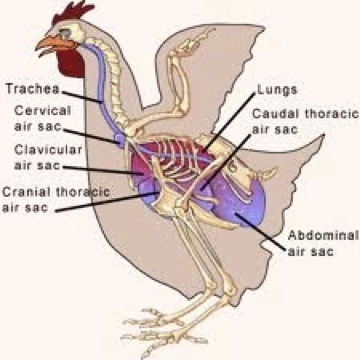 It may be a ruptured air sac. Read this. https://www.poultryworld.net/Breeders/General/2009/11/Rising-pressure-from-air-sacculitis-WP006961W/

B
Chick with bald spot

8
1 chick is older than the rest. Also, somebody has diarrhea