I hatched a duckling about three weeks ago and it's grown big but maybe not healthy. I've been feeding it chick starter crumbles unmedicated 18% protein from the tractor supplies store. We just bought some new food that's similar but has a duck and chick on the cover - same thing just 20% protein from what I've inspected. I've been hearing it breathe through its nose as if it was stuffed with food. It eats fast but that seems normal. There are smaller bits in the food as well - almost dust-like. We're using pine wood shavings that often get wet from its water bowl but it has the other half to retreat to that's dry.
The water bowl is deep but I never see it dip it's head in it so I give it a bath - just water - every day for it to clear up its nares.
It's been getting more and more lethargic but still plays, eats, drinks, and swims.
I saw today that it was breathing through its mouth like a panting dog so I moved the light away and gave it cold water and it seemed to have stopped. The sneezing is minimal but I'm still worried.
I have VetRX in the popular corner of the pen and under its wings - as of one day of use.
I've also seen its eye get the tiniest foam in the corner so I got some saline and would rinse it 3-4 times a day. It's gotten smaller.
I don't know what else to do - I hope I've given all the info. I can't take it to the vet my parents don't really believe in them and also can't afford them. Please help me. I'm really trying to save it.
It seems like an infection but idk what infection and I really hope it's just cause it's having a stuffy nose.

Sounds like a respiratory infection, can you take her to a vet?

Can we see your set up and what breed is your duckling? An picture of the duckling also please
V

Isaac 0 said:
Sounds like a respiratory infection, can you take her to a vet?
Click to expand...

Could you upload a video of the duckling to youtube or Vimeo, and copy/paste the link here?
V

Miss Lydia said:
Can we see your set up and what breed is your duckling? An picture of the duckling also please
Click to expand...

Please don’t judge. We’ve never have had a duck and never really expected one so we had to put something together. I also don’t know what breed it is we just hatched a random egg. 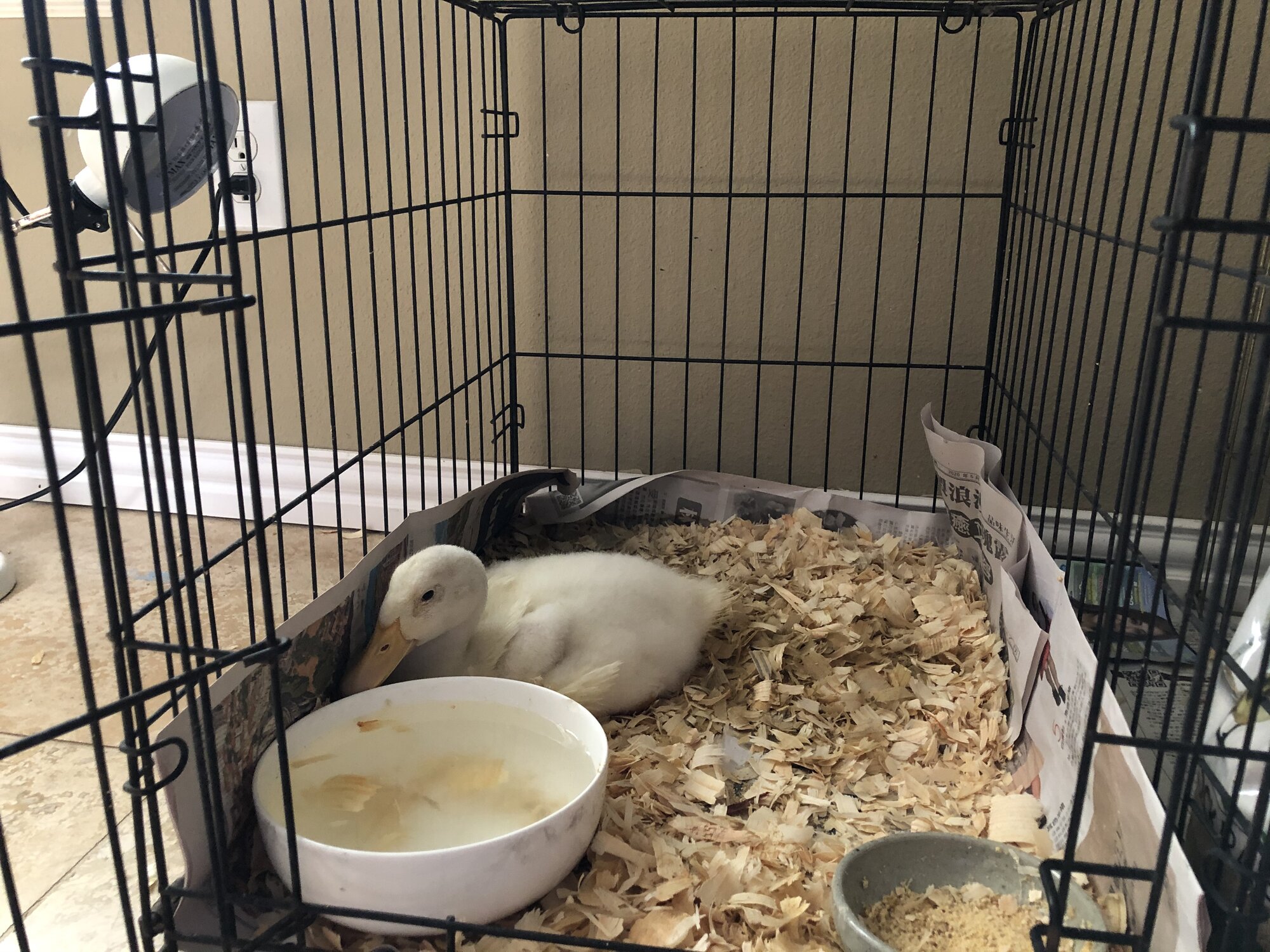 Any way you would feel comfortable giving it up to a sanctuary when it could be treated? Can you tell us what state your in?
V

Miss Lydia said:
Any way you would feel comfortable giving it up to a sanctuary when it could be treated? Can you tell us what state your in?
Click to expand...

I don’t really know much about them. I’m in Texas. I do have a teacher who has a farm. I don’t know if they have ducks though and don’t know if she’d be down to take it.

Maybe send her a text or email an tell her what’s going on and your looking for help.
V

Miss Lydia said:
Maybe send her a text or email an tell her what’s going on and your looking for help.
Click to expand...

Ok I will. I wanna give a bit of an update. It seems like it’s doing a lot better. I took it out to swim twice as of now -planning for more- and it’s been clearing its nose and it’s playing more. i think the problem was not letting it swim more often because it wouldn’t blow its nares in its water bowl. But chirping and more active still got some symptoms but I think it’s an improvement from yesterday and early this morning. I’m not hearing it breathe like it’s stuffed and I’m not seeing much of foamy eyes.